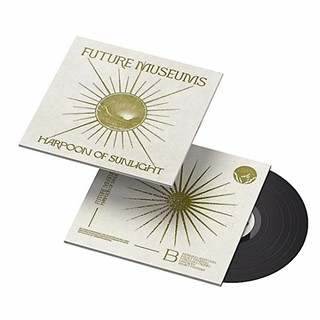 Musical observer of the universe Neil Lord, on his latest project within the prolific discography of Future Museums, draws open the shades for his most illuminating collection. The bright and airy sequence of environmental ambient instrumentals onsets with rhythmic New Age motifs before progressing into soundtracklike compositions that convey epic, glowing serenity. To me, the nine-song set reflects the renewal of daybreak.

Preliminary percussive meditations secrete melatonin: In "Hum Body," dual arpeggios diverge, then come together into a circadian rhythm before the 7/8 time "Sunset Hysteria" taps tambourine to REM stage neocortical firing – mind active, body at rest. Later, the draining liquid sample throughout "Earthside" evokes the drip of a coffeepot and the title track's yawning synths and playful marimba portray the sound of sunlight filling a home.

Side 2 of the debut vinyl pressing from cassette reelers Aural Canyon wakes with "Caw." A trebly beat, akin to steel drums and a spoon tapping the lip of a coffee mug, precedes a stretch-and-stand soundscape of choral samples, synth lines, and – at last – noise guitar. Next, a resounding, repeating low-C piano note anchors the triumphant "Morning Reception," imbued with a background bugle call. The daylight ritual peaks with the upbeat idiophonic melody of "Porcelain Crown" – a track name that conjures thoughts of, appropriately, a commode. The morning is officially here. – Kevin Curtin

"They're underneath the lights of Broadway, I'm in the alley with the ghosts," Charley Crockett croons on the title track to Music City USA, a sharp reminder to said industry town of its roots, in both sound and sentiment. After tributing James Hand earlier this year, the ever-prolific troubadour makes statements with a double LP of mostly originals that excavate the array of Crockett's Americana sounds. From suave honky-tonk ("The World Just Broke My Heart"), low and slow soul ("I Need Your Love"), and electric bender blues ("This Foolish Game)" to hard-beat barroom ballads ("Smoky") and classic country ("Muddy Water"), it's a Crockett primer. – Doug Freeman

Former co-frontman of the Good Looks, Christian Glakas follows up his new band's 2019 disc with EP No. 2, upping the songlist from four to six. Maturity and the states of being that come with it (including fatherhood) shaved off his rough edges, at least enough for Glakas to rediscover his love child with Al Stewart and Jackson Browne. His plainspoken burr and tastefully distorted lead guitar sit comfortably atop the electric piano-laced folk rock, effortlessly conveying the gently lovelorn sentiments of "Inside Out" and "Where the Rising Sun Will Find You." Reconnecting with so-called normal life hasn't dimmed Glakas's talents. – Michael Toland

Eric Unusual's been one of Austin's most extraordinary punk musicians since his days helming the Cruel & Unusual in the Nineties. He also embodies the DIY ethic better than any local not named "Tim Kerr." How much more "do it yourself" can you get than designing and building your own guitars and amps? Well, how about this truly solo single? Unusual wrote, recorded, and played all the instruments on the paranoid mid-tempo rant with New Wave elements. Then he produced the video, even doing all the CGI himself! – Tim Stegall

With 2018's Blood and Bones, Bob Schneider embraced a more domestic perspective, reveling in the influence of his new daughter while reckoning with the mortal shade of growing older. In a Roomful of Blood With a Sleeping Tiger picks up similarly, and feels very much the product of a songwriter noodling at home in lockdown, playing songs to amuse himself and a 5-year-old. Solo platter eight rolls easy pop scattered with often stream-of-consciousness-style rhymes, from the lullabying "Joey's Song" to absurdist "Lord of the Flies" and "Thor." A charming undercard in the artist's eclectic discography. – Doug Freeman 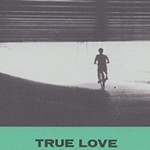