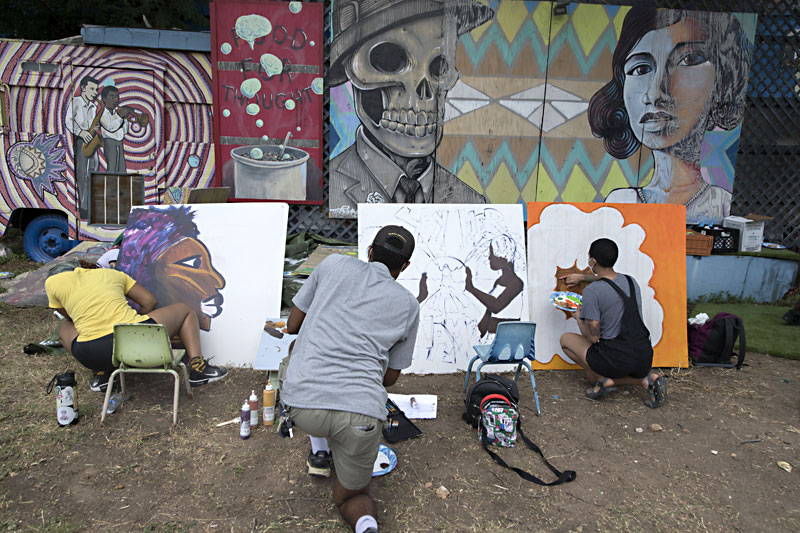 A stop along the national Chitlin' Circuit – a collection of venues that hosted Black musicians throughout the Sixties – the area previously housed a thriving community of Black-owned businesses and residents now almost entirely displaced. Community leader Harold McMillan, who runs district venue Kenny Dorham's Backyard and crafted the cultural district concept, says Council's resolution 14 years ago ultimately had no teeth. A resolution unanimously passed by City Council last week "reaffirms" the district's importance with plans for increased city funding and development of a music-focused arts facility on the 1100 block of East 11th Street.

"This neighborhood is rich with the legacy of African American history, culture, heritage, entertainment, music," McMillan told the Chronicle. "The city is not taking advantage of that in a way that could boost [Austin] as a whole, and certainly not in a way that would show Black folks in Central East Austin that they're ready to fix failed promises made years and years ago."

The East Austin Creative Coalition, which McMillan formed in 2018, created plans for an arts complex including an amphitheatre, recording studio, rehearsal space, art gallery, indoor venue/cafe, and museum, as well as affordable housing partially reserved for artist residencies for up to three years. The new resolution directs city staff to solicit plans and cost estimates for development of the "multi-story mixed-use development," which integrates street-level retail. The facility would be called the Kenny Dorham Center, after the legendary jazz trumpeter who grew up nearby on East 12th Street (revisit "Trumpet Colossus Kenny Dorham Towers," Sept. 2018).

"You're talking about over a decade in the making of us getting to this place where saying that we have an African American Cultural Heritage District actually means something," said Mayor Pro Tem Natasha Harper-Madison, who sponsored the resolution.

Kenny Dorham's Backyard currently operates out of the 1100 block of East 11th Street, hosting weekly programming, food trucks, and festivals. As a city-owned property, McMillan operated it for the last 14 years under yearly leases as the plot awaits potential development. Dreaming up their own proposal for said overhaul, the East Austin Creative Coalition smartly aligned their long-running goals with two promising, to-be-assigned city funding programs.

First up is the $12 million Creative Space Bond, approved by voters in 2018 for acquisition and improvement of arts hubs. The new resolution directs city staff to revisit bond recommendations made by the arts and music commissions in January 2020, which honed in on a multi-use facility that "should specifically address historic inequity" as a target for support, also identifying East Austin as one of multiple areas suggested by public input. While last week's efforts won't ensure the Kenny Dorham Center receives bond money, McMillan says the city guidelines match with the East Austin Creative Coalition's vision.

"[The Kenny Dorham Center] is all about producing art, serving the culture, preserving tradition, and welcoming professionals who work in creative industries to a single block where there is some magic, synergistic energy at play," adds McMillan. "We're talking about a generation investment here."

Next on the coalition's radar is the Live Music Fund (LMF), created to support the local music economy in 2019 based on a 2% tax increase for hotel customers. The music commission's latest July plan proposed a LMF Event Program, prioritizing grants between $5,000 to $10,000 for historically underserved artists and event promoters with applications TBA. Supported by hotel occupancy taxes, LMF dollars must be used to promote tourism – which McMillan says fits the arts center's plans including a destination Austin Black Music Archive and Kenny Dorham Museum.

At the very least, McMillan wants the district to show up on official city maps. Last week's resolution also calls for improvements to the landscape of the area with signage, public art, and improvements to pedestrian safety. In collaboration with other district organizations like the African American Resource Advisory Commission and Six Square, the city will incentivize "entertainment and creative industry business" to both relocate to and remain in the district.

"For the group that I work with, this district – which used to be the live music hub on East 11th Street – is our last stand," adds McMillan. "If we don't actually make this work, I'll not continue to have these arguments I've been having for 25 years with city officials. If not now, when?" 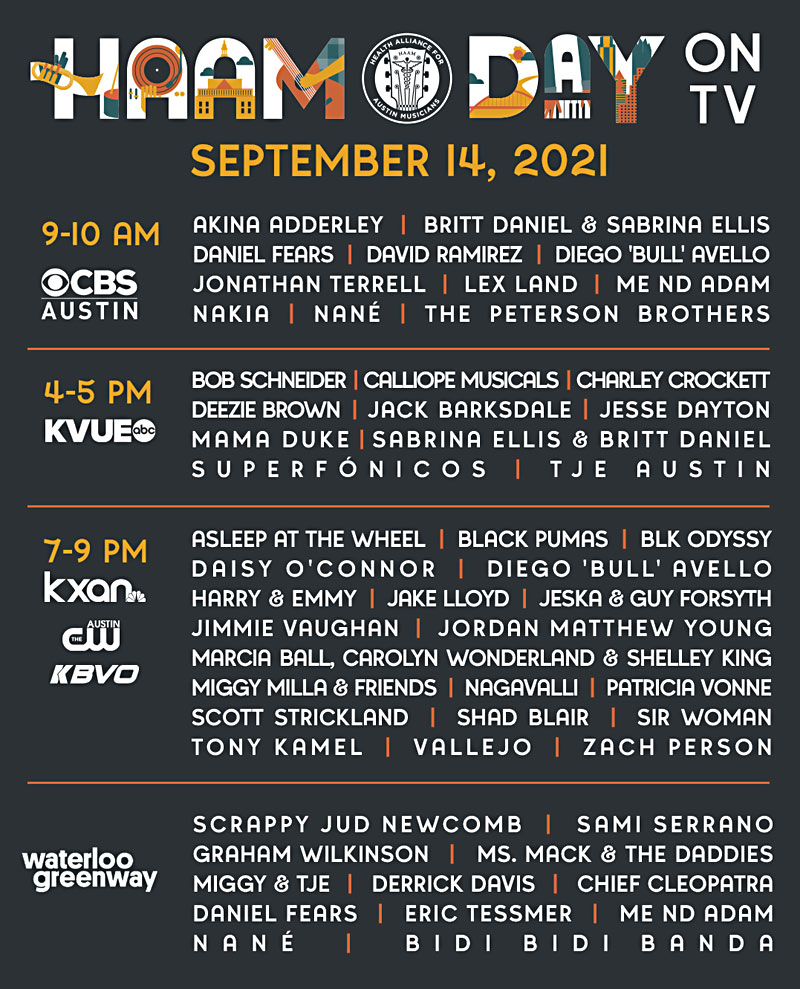 With lessons from a year of livestreaming under their belt, the second at-a-distance edition of HAAM Day offers a smorgasbord of viewing options. To help reach an ambitious goal of $1.2 million in donations, tune in this Tuesday, Sept. 14, across the Health Alliance for Austin Musician's Facebook page and local TV stations CBS Austin, KVUE, the CW Austin & KVBO. The essential nonprofit's largest annual fundraiser fuels free or low cost health care for Austin artists – open to any working musician, music teacher, or DJ living within 50 miles of the city.

The nonprofit's unique ability to stretch every dollar donated to $7 in direct health care services for musicians makes it a great candidate for support at myhaam.org. You'll also find participating businesses and an online auction. Alongside increased demand during the pandemic, the organization also faces the recent retirement of CEO Reenie Collins after eight years, replacement pending.

"Musicians need our help now more than ever," said HAAM Board Chair Heather Ladage in a press release. "We are doing everything we can to provide assistance to our musicians during these uncertain times. With money being tight, the last thing we want is for our members to have to choose between eating and accessing healthcare."