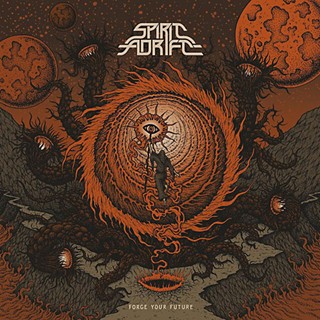 A shot in the arm? Spirit Adrift takes walk-ins.

Follow-up EP Forge Your Future slows the roll of career-high predecessor Enlightened in Eternity just long enough to take stock of the past 18 months. Major-label debut, on Century Media, after a series of increasingly phosphorous platters for Pittsburgh farriers 20 Buck Spin, three cuts in 20 minutes is all it takes for Bastrop motivationalist Nathan Garrett, drum march Marcus Bryant, and keyboardist/sibling Preston Bryant to scorch more earth.

"Wake Up" entreats a divine, Defenders of the Faith thickness. Inlay, outlay, overlay: Garrett's got guitars of every efficacy, so closer "Invisible Enemy" sets off six-string fireworks, concluding, "And all along it was you/ This living hell you put us through/ And we will never be the same/ Forever horrified in what we all became." – Raoul Hernandez

Since recovering from throat surgery earlier this year, Jonathan Terrell has been on a mission. Last spring the troubadour released the call-of-the-open-road anthem "Highway," and he follows suit with his new single, "Vagabond." The song continues to expand Terrell's melodic, hook-barbed songwriting, combining the big sound of his former outfit Not in the Face with the adventurous country-tuned rock balladry of 2020's Westward. "Tonight, I'm gonna find out what I'm made of," Terrell declares at the song's outset, and as he preps for LP four, he indeed sets himself up for a substantial breakout with an ambition and flair ready for big stages. – Doug Freeman

Austin rapper Quin NFN is a homegrown hero; it was the Chronicle's 2018 cover story that brought the then-17-year-old Eastsider, fresh out of high school and tripping over his blue Jordans, to the attention of publications like Pitchfork. Quin shares DaBaby's talent for totally going off on bare-bones beats in a lyrically cohesive manner. This stone-cold flow can be heard in full effect in "Hunnit Ball," his latest collab with Waco rapper TSO JRag, where he nods at their similar styles – "Quit tryin' to rhyme Imma go like DaBaby" – over menacing piano drops and stark snares. – Clara Wang

As Hurricane Ida barreled down on Louisiana last month, Rod Gator (new nom de tune of country rocker Rod Melancon) released his harrowing ballad "August 29," remembering the anniversary of 2005's Katrina. The song's a dark echo, as the songwriter growls out his memory of the rising waters and social neglect that followed in the storm's wake, and the video by Josh Verduzco strikes equally dire and provocative. It also serves as the latest preview of Rod Gator's fourth LP, For Louisana, produced by Adrian Quesada. All proceeds from "August 29" go to New Orleans' Common Ground to support the community following Ida. – Doug Freeman 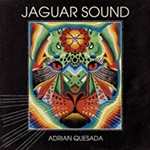