Tim Kerr in the summer of 2017, at work on his mural honoring unsung heroes of Texas music (at Ninth and Red River) (Photo by John Anderson)

In his North Loop adjacent home studio, the DIY polymath sits, surrounded by his beautiful, rough-edged paintings of his heroes, which include inspirational sayings from the subjects. A colorful still-life of a manual typewriter quotes free-jazz iconoclast Sun Ra: "History is his story, what's your story?"

"I don't divide it into 'This is music, this is art, blah blah blah,'" Kerr continues.

Kerr, like many great artists or musicians, resists easy classification ... even as an "artist" or a "musician." True, he made his name in the early Eighties with hometown punk heroes Big Boys, but that band's corrosive-yet-playful art funk hardly resembled the post-Ramones chainsaw guitar rock now characterizing punk. Poison 13 didn't easily assimilate into the garage raunch they helped inspire, Bad Mutha Goose never readily slipped on alt-funk duds, and neither the Monkeywrench, Jack O' Fire, or Lord High Fixers typified garage blues.

As he told the makers of a brief, three-year-old documentary on Up Around the Sun, his old-time music duo with banjoist Jerry Hagins, "I don't do it on purpose, but for some reason everything I do seems to not be the way everybody else does stuff." That resonates with Kerr's idiosyncratic approach even to loud distorted electric guitar – still utilizing the fingerpicking and open tunings of his teenage folk days, during which he twice qualified for Kerrville Folk Festival's new songwriter contest.

“I don’t do it on purpose, but for some reason everything I do seems to not be the way everybody else does stuff.” – Tim Kerr

Kerr's ethic largely resists authoritative voices or rules. He'd sooner figure out his own methodology than open an instruction manual. Does this make his way any less valid than the "acceptable" modes? One anecdote recounts aiding a university art website project for his day job at one of the UT libraries.

"They brought this guy in, a pretty young kid who'd won an award or two. He's in charge, and he has us all sit down for this meeting. And one of the first things he says, 'Okay, now this season, these are the colors that are in! You need to use these!'

"Well, how do you know? How come you can't set your own new color that's gonna be in the next year? What the hell?"

The only label Kerr admits to? "Self-expressionist." As he says in the mini-doc. "Painting, music, breathing, surfing, skating – just everything." In our conversation, he even mentions vegetarianism among his means of self-expression. Everything artistic he does is fully integrated into his life, and vice versa.

All that factors into Self Taught, Kerr's new book published by New Jersey über indie Don Giovanni Records. It comprises painted portraits of visionary artists – "visionary art" being a term Kerr prefers to "folk art," which he finds reduces the importance of the spiritualism and visions inspiring these people's work – accompanied by photographs he took of those artists' workspaces, as idiosyncratic and as defined by their aesthetics as their artwork. The photos are taken with toy cameras or old Polaroid units, to achieve the same messy, scratchy, uneven-yet-gorgeous look of Kerr's paintings. Accompanying the book: a soundtrack by Up Around the Sun. It's all of a piece. 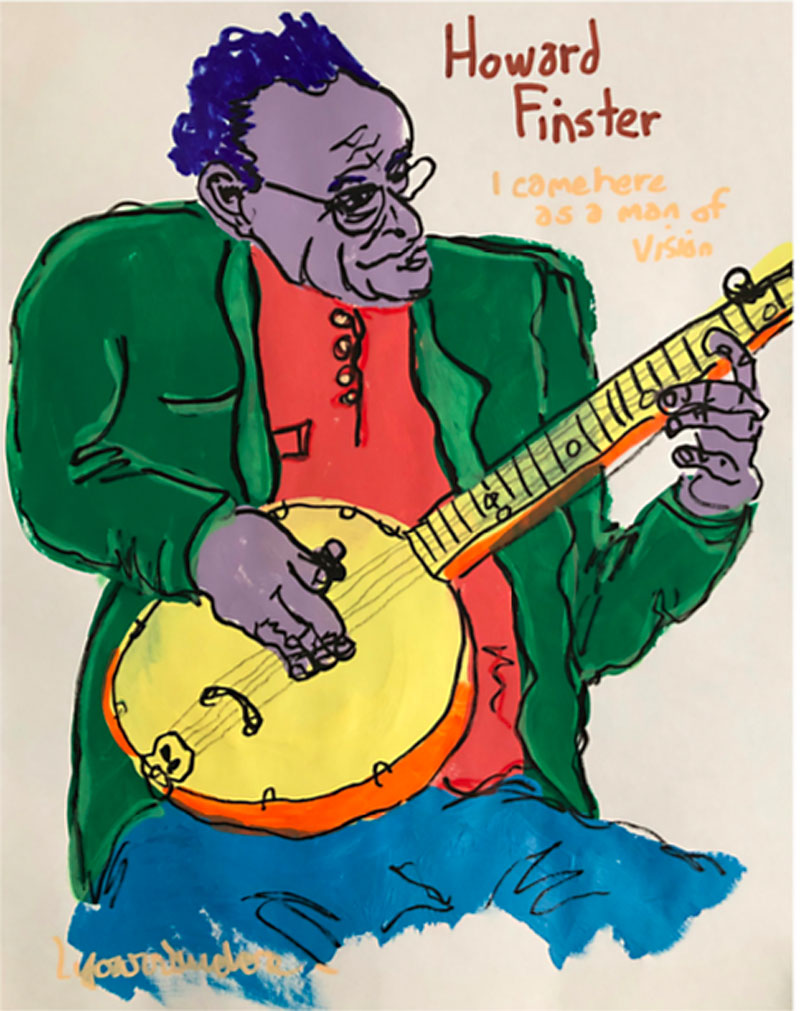 The connection with Don Giovanni resulted from his production work on Lee Bains III & the Glory Fires' incendiary 2017 LP Youth Detention (Nail My Feet Down to the Southside of Town). Label boss Joe Steinhardt met with Kerr and wife Beth at their home during South by Southwest. Asked about his latest musical doings, he told Steinhardt, "The thing we're doing right now is banjo and guitar. It's super melancholy and there's no lyrics. It's pretty mellow sounding." Steinhardt was enthusiastic, but Kerr's own overactive schedule got in the way. Then Jack White's Third Man Records commissioned him to produce a painting for the sleeve to a Lightnin' Hopkins album issued just prior to the pandemic.

"So they brought me up to Detroit, and they did a pop-up art show at the UFO Lounge. Joe happened to be in the vicinity, and Beth and I were pretty excited because of [visionary environments] Hamtramck Disneyland, the Heidelberg Project – there's so much visionary stuff going on there. I took a bunch of those cameras, and I always take pics with my phone as well, so I always have an image of it. Because when you take photos with these cameras, you never know how it's gonna turn out."

Steinhardt reviewed Kerr's phone photos as he met and greeted the event's attendees. When the label boss asked if anyone had published a book of these pics, Kerr recalled a similar project he'd envisioned: "A zine where you showed pictures that you did with the toy cameras of these places, and then you paint the person or the couple that actually made these places."

That zine became Self Taught, a fascinating document. You'll see Kerr's portrait of Howard Finster, the Georgia Baptist minister who became known for his outsider paintings in the Eighties and Nineties. Kerr portrays Finster playing banjo with his usual splotches of color – green, red, two different shades of blue, and purple in this case – given form by his trademark wobbly line work, applying his subject's quote "I came here as a man of vision." On the following pages are Kerr's photos of Paradise Garden, the swampland sculpture garden Finster decorated with over 46,000 pieces of his art.

Finster claimed God inspired him to spread the gospel through his art and Paradise Garden's design. As Kerr might ask you, who are we to deny Finster that?

"The reason I do what I'm doing is because I want to show people that influenced me, and it might turn around and influence you," Kerr stated in his mini-manifesto for the documentary. "You can have all these people together on a wall. Hopefully, somebody comes in and puts it all together and realizes that we're all capable, and we may not even know that we've changed something or done something, hopefully for the better."

This explains the depictions of artists, writers, musicians, civil rights heroes, and skaters populating Kerr's work. It's why he documents visionary artists in Self Taught. Such egalitarianism fuels his gallery shows, which include a "friends wall" where people he's connected with over the years display their own art. It's why he signs his paintings, in scratchy cursive, "your name here." It's why he ended every Big Boys show by shouting: "Now go start your own band!" It's why this holder of UT degrees in painting and photography paints in what "art authorities" might term a "primitive style" and takes photos with toy cameras. It's why he plays old-time music with Hagins in Up Around the Sun. It's why Self Taught celebrates rule-breaking artists working with the tools they have at hand, even if they aren't the "proper" tools.

As for Kerr's yen for old-time music – a term he prefers to "bluegrass" or "mountain music," as both those simultaneously diminish and deny the music's breadth and depth – he has related it in the past to visionary art and graffiti. These are art forms tackled out of love and a need to convey something peculiar to the practitioner – you ain't getting rich nor famous from it. It's the same thing he saw in punk: You become a part of a community, announcing, "THIS IS ME! THIS HOW I DO THIS!" Everyone in the punk scene participated, whether they played in a band, did a zine, made art or movies – whatever. There were not supposed to be stars. Anyone could do it. Anyone should do it. There was nothing stopping you. 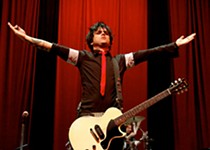