Capyac, Marquis Hill, and Willie headline our recommended shows for the week 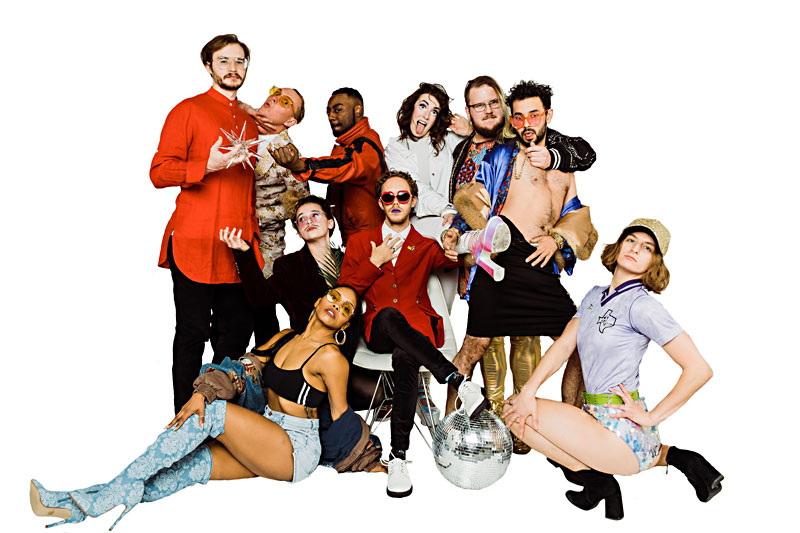 $25, requires proof of vaccination or negative PCR test within 72 hours

Some bands are merely groups of people playing music, and others, well, they're a wild extrapolation of the members' utmost imaginations. Capyac's that kind of band: a marvelously executed dance funk art project, replete with a menagerie of guest vocalists, instrumentalists, dancers, costumes, gags, and decor.

Every time the now-L.A.-based project returns to Austin, where they originated in 2016, it's an all-out thematic spectacle. Past motifs include "under the sea," a sky party, and outer space. This weekend's two-night run at Empire, however, contains no overarching concept.

"We deliberately decided not to do a theme this time to make the show more about the album," reasons keyboardist/vocalist Delwin Campbell.

Still, the concerts do feature a costume contest. Asked for recommendations on how attendees dress, Campbell arrives at a succinct description: "Halloween at the Bellagio."

Expect to hear the 10-piece live ensemble go deep on recent third LP, Capyac Forever, an adventurous collection touching upon house, nü-disco, hip-hop, funk, and downtempo synth, oten veering cheekily romantic. Swooning "Best Friend" intones: "When she crawls into the bed/ It's like a limousine/ Like a Russian doll/ Like a 'cuzzi tub way up in the sky."

Singer/multi-instrumentalist Eric Pena says the album's title reflects "the legacy of music outliving our human forms, but also the feeling of enjoyment the band had working on it. Capyac Forever is a celebration and a distillation of all our creative forces together."

Circuit of the Americas, Friday 20


Rescheduled from July 2020, the self-proclaimed Metal Tour of the Year docks its 2-ton barge at COTA. Megadeth majordomo Dave Mustaine began the pandemic by beating throat cancer with 51 radiation treatments, then followed up with extremely readable tome Rust in Peace: The Inside Story of the Megadeth Masterpiece and word that longstanding bassist Dave Ellefson sits out this trek, while James LoMenzo substitutes. Virginia metal heretics Lamb of God stayed equally busy last year, releasing an eighth studio LP eponymously, while Hatebreed dropped its own Weight of the False Self. Floridian thrashers Trivium preview October's In the Court of the Dragon, their 10th LP. Horns up! – Raoul Hernandez


Trumpeter Marquis Hill had already self-released four albums before winning the prestigious Thelonious Monk Institute of Jazz International Trumpet Competition in 2014, so he already had a body of work once his name was suddenly on the jazz world's lips and he earned a contract with Concord. No traditionalist, Hill has since filled up his discography (back on his own label) with records blending hard bop, hip-hop, and electronic experimentalism. His latest, Soul Signs, doubles as jazzy groove music and a lesson in the significance of the astrological signs. Hill brings an all-star quintet including rising stars Joel Ross, Kendrick Scott, and Walter Smith III, so expect fireworks. – Michael Toland


On 2021 single "How You Doing," overlaying a sunny mountaintop riddim with the sweetened greeting, "Is everything irie?" 65-year-old Jamaican vocalist General Smiley shows he can still command a microphone. The Kingston-born Rastaman, who pioneered the dancehall genre in 1978 with Michigan & Smiley, absorbs life's blessings in Los Angeles, but considers Austin – from where his Lakandon backing band hails – a second home. He throws down at Antone's alongside the Colombian/Caribbean stylings of Kiko Villamizar, New Mexican reggae singers Mister Kali and Dre Z Melodi, plus DJ Jah Bill. – Kevin Curtin


"Joan Jett doesn't play rock & roll," I wrote about two years ago about the iconic chainsaw rocker. "She is rock & roll." This has been true since the Runaways' 1976 debut. Few match Jett & the Blackhearts for consistently delivering pure, unadulterated 4/4 raunch live, chock-full of hits like "I Love Rock 'n' Roll" and "Bad Reputation" that cut across all parameters. Opening is San Antonio's Fea, neo-riot grrrl signees to Jett's Blackheart Records who rock hard enough to destroy the patriarchy with one power chord. – Tim Stegall

Circuit of the Americas, Sunday 22


During the pandemic, Willie Nelson made clear that he meant "still is still moving" to him: At times during the lockdown, which included two missed Luck Reunions and dozens of canceled shows, he would sit on his tour bus "just to pretend I'm going somewhere." Last month, Willie Nelson hosted a trio of "Welcome Back Willie" shows out at his Luck Ranch in Spicewood, and now he's ramping up even further with the Outlaw Music Festival blowout with the Family, plus support from country singer-songwriters Chris Stapleton and Ryan Bingham and British powerhouse Yola. – Abby Johnston