On the Move All Her Life, UK Songwriter Jade Bird Finds Her Speed in Austin

"Austin feels quite grounded and down-to-earth, which just sort of mimics the English mentality" 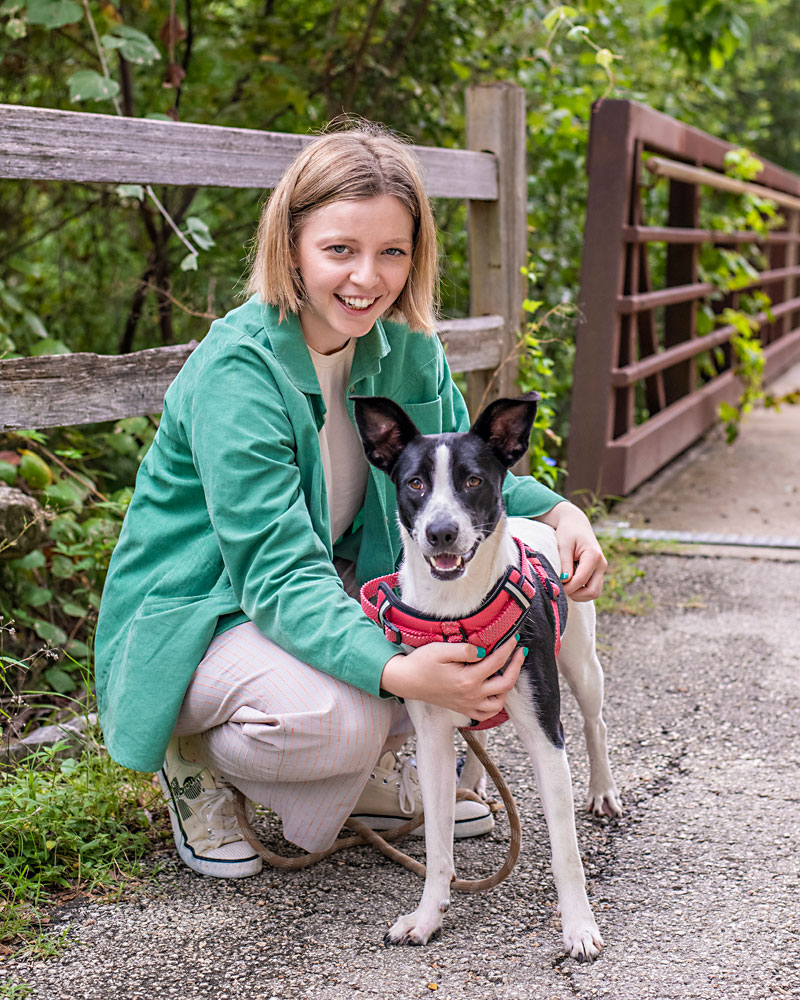 Jade Bird offers tea as soon as I walk in the door of her East Austin house, which is maybe just a little too charmingly on-the-nose British of the UK songwriter. Mostly though, the 23-year-old has thoroughly embraced her new Austin lifestyle.

The home she shares with her partner and guitarist Luke Prosser, plus their photographer friend Austin Roa, sits across from the Boggy Creek Greenbelt. It's colorful and comfortable with variously sourced, mismatched furniture and instruments on the wall – in many ways indistinguishable from any house inhabited by young artists in the city.

The door leading out to the small fenced-in backyard is splashed with dried mud, evidence of her mixed Border Collie, auspiciously named Tea when Bird adopted her from Austin Pets Alive! after she moved here in November.

"I never went to university, so this is my first home. That's crazy," she laughs. "Just having this dog and renting this house, I really am ready to put roots down. I love this city. Austin feels quite grounded and down-to-earth, which just sort of mimics the English mentality. We really love it. I love all the radio here, and it's really nice to feel a part of this community of songwriters, as well. Moving here, it's definitely helped me in terms of integrating into a community that I wanted to be a part of. "

Sitting at the kitchen table, Bird is an intensely focused ball of energy. She's serious and thoughtful, but equally quick to laugh with her head thrown back in high, punctuated delight. She strikes as fully present and absorbed in every moment.

"With everything in life, I'm such an all-in person, for better or worse," she admits. "I didn't really realize I was so obsessive, but I have this really strange thing where I have to write a hundred songs, and I can't just write one song. I'm just completely 150% or nothing. I worked myself to death, and by the end of 2019, I needed a break."

Bird's been on the move most of her life. Born into a military family, she moved with her parents to various stations around Europe until their divorce led her back to Wales with her mother. As an uprooted only child in new communities, and with her home life sometimes tumultuous from her mother's partners, she found a solace in her acoustic guitar. By age 18, she was touring and preparing her 2017 debut EP, Something American – a title that'd prove to be foretelling.

She entered her second South by Southwest in 2018 as a breakout artist, and 2019's self-titled debut LP garnered universal acclaim for her poignant, personal songs – stripped down, but erupting with emphatic vocals and a furious, rocking impulse.

"SXSW was one of the best times of my life," she enthuses. "I'm a live act, so you put me in a space where you say you can play as many shows as you want, and it's just like heaven to my ears. And at that age, I'd just had my first band set up, so it was like boot camp and we were literally just going off adrenaline. I don't know if what we were playing was the most polished thing in the world, but if you came to see us, it was mental, but in the most beautiful way. It was genuinely one of the best weeks of my life, and I say that completely heartfelt. I still get goosebumps."

“[SXSW 2018] was genuinely one of the best weeks of my life, and I say that completely heartfelt. I still get goosebumps.”– Jade Bird

The next couple of years offered a blurring crash course in America for Bird. Driving back and forth across the U.S. on tour, she let the local radio soundtrack her travels, and fell in love with the vast variety of landscape and cultures.

She also found fast support in the rising Americana scene, making quick fans and friends of artists like Jason Isbell and Brandi Carlile. She recruited star-making Nashville producer Dave Cobb for her follow-up album and started recording in the legendary RCA Studio A at the beginning of 2020. When the pandemic ground everything to a halt, Bird retreated back to London.

"The pandemic was the worst case scenario for me," she says. "London was completely shut down, and you couldn't leave your home for like eight months. I was set at my parents' house, and my partner's at his parents', because we've toured for four years so we didn't have our own home. I'm 23, so in terms of not having your own space, well, I'm not a teenager anymore!

"In hindsight though, it was good, because I think as musicians you're always just a little person in transit," she considers. "You're never sitting in one place enough to take a look at yourself or the people around you. So the pandemic was actually really good for me as a human being. I've done a lot of growing, which is just being more empathic and being less selfish."

That growth and maturity shines through on Different Kinds of Light, Bird's sophomore album releasing next week on Glassnote Records. She wrote nearly half of the songs last fall during the reflective solitude of a two-week quarantined layover in Mexico City as she waited to reenter the States and finish recording.

Whereas her debut LP broiled with understandable personal angst, her follow-up strikes assured. Musically, the songs reach more adventurously, pulling on influences as diverse as Britpop and country and punk, with an admitted nod to Nineties rockers like Alanis Morissette and Sheryl Crow – artists who refused to be boxed in. The result balances between Lydia Loveless and Elle King, but perhaps most impressively, evolves her songwriting beyond the solipsistic.

"That's what I love about this record, I'm writing about other people," she offers. "My first record was all about me, and I kind of got bored with it. I think to be a great writer, you've got to write about other people really convincingly. I've always felt I was not growing as a writer in that way, it was too much looking inward all the time. This second record is really about growth. I had to trust people more than myself to be in that process, so like my partner was the one to edit stuff with me. I'm learning to be more cooperative in the creative process, not such a lone wolf, and it's made me better for it."

Bird's move to Texas likewise represents a new era for the artist. Even as touring resumes, she's excited to have an anchor in Austin, and the community she's built here.

"I think in life I'm learning to be more relaxed, and I think moving to Austin is the epitome of helping that," she allows. "You can't really mix a type A person with a type A city. So I'm liking the slow pace of this, it balances me out. And one thing I'm just loving at the moment is having my friends. I know it sounds so common, but when you're touring without that, it can be quite isolating. I never had a huge connection. I remember asking my mom, 'When do I find my people?' And then I found my partner, and then I found Austin, and it's just been like that since. We're all just out here grappling, being creative, and it's just really sweet."

A version of this article appeared in print on August 6, 2021 with the headline: On the Move All Her Life, Welsh Songwriter Jade Bird Finds Her Speed in Austin