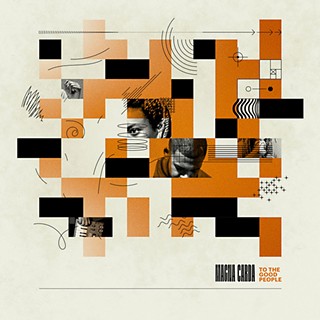 Magna Carda's To the Good People

Magna Carda moves at their own pace. In March, the reigning Austin Music Awards Hip-Hop Artist(s) of the Year primed interest with the magnificent single "Propaganda," then – with a bit of subtle hinting in between – held out until last week to drop the accompanying full-length. Worth the wait: To the Good People makes a solid claim as the duo's best work yet.

Across nine tracks, Kelli exudes unprecedented levels of confidence and cleverness. "Run It" finds the New Orleans transplant reading poet Nikki Giovanni after casually warning that her "n***a rides with the piece and I ain't talkin' no pump." Later, "Never Can Stay" grants listeners a boarding pass to NYC with old-school scratches and potent bars: "And the tongue of my ancestors/ Carried off like shipments/ Survived apocalypses/ Survivin' the system ... Why we always stayin' is why I'm never leavin'." The LP's apex, "Do It Again," folds a mesmerizing myriad of sounds across six minutes, a sax and keys breakdown serving as a segue for Kelli to rightly summate her excellence: "No, I ain't flashy/ But I'm that bitch though."  – Derek Udensi A band name like Yard Work might insinuate they only sing about mowing lawns, looking for lost wrenches, and kinked garden hoses. Not so, the punk foursome also rages against home infestation issues ("Snake in the House") and, naturally, living in a police state. A rhythm section of Chumps and Motards provenance lay a pounding, bass-heavy groundwork, complemented with vibrant garage guitar and engrossing mic-work from v.2 vocalist Candi Fox. The return of the Parlor's popular Saturday matinee series also welcomes metallic dominators X-Satanists and thrash punk miscreants This Party Sucks. – Kevin Curtin 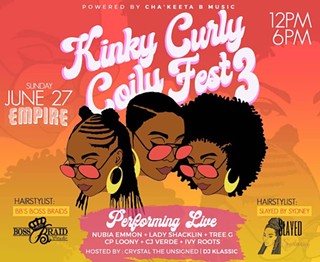 "I spent at least half of the last 50 years on the road, so by far the biggest change is that I'm now home 24/7," offered Bill Kirchen in a 2020 Chronicle "Checking In" interview. The Titan of the Telecaster found his quarantine footing with weekly livestreams and a retrospective release of three solo albums: The Proper Years. Now he rings in 73 with a return to the stage. Kirchen's distinct diesel licks revved the sound of Nick Lowe and Elvis Costello, not to mention co-founding Armadillo mainstays Commander Cody and his Lost Planet Airmen, but his solo mix of rockabilly, blues, jazz, and psychedelic-laced boogies forges its own universe. – Doug Freeman

Stepping out as solo artist represents creative sovereignty for Sara Houser, the talented singer and multi-instrumentalist known for fronting Löwin and being frequently called upon as a supplementary vocalist for marquee acts including Spoon, Golden Dawn Arkestra, and A Giant Dog. On her debut single, everything crystalizes: an immaculate vocal performance, powerful synth-driven ambience, and potent lyrics decrying being judged against the measuring stick of male counterparts. "Don't look at me like I'm your mirror," the Austinite commands, a hook so compelling it's ridden for two minutes over a superbly swelling rhythm cast by bassist Geena Spigarelli and drummer Daniel Blanchard. A powerful introduction to a familiar voice. – Kevin Curtin

Felix and Sloane Lenz writhe in drag and papier-mâché hats, a chaotic pastiche of visuals matching the slow noise crawl of their latest single. An homage to late lead Silver Jew David Berman, the track's surrealist haunted mall imagery recalls the indie rock songsmith more than its music. "The clientele are poltergeists," an Auto-Tuned Felix intones, over sibling Sloane's fuzz guitar drone. Pete O'Hanlon's slip-n-slide bass, and screaming saxophone by Evan Walsh complete the wall of sound, eschewing verse-chorus-verse rigidity for wild punk expression. "Take my picture by the sign that says, 'Listen to your mind,' but don't go too far/ Wouldn't want to trust yourself,'" Felix says. Like Berman taught them: Self-doubt goes down a lot easier with a winking one-liner. – Carys Anderson