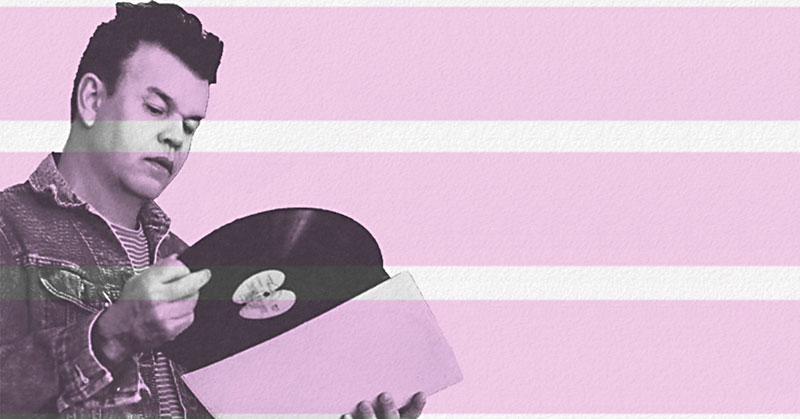 The Englishman, now putting down roots in Bastrop, says he's ready "for the next adventure in my life.

"I'm here now. I'm literally working on the ranch," he confirms. "We're redecorating it – doing all the things that we do as people when you move into a place."

However, he's also searching for a deeper regional association, similar to what he formed in the Los Angeles area.

"I think it's very important to support and encourage the community," explains the global trance favorite. "And I'm looking forward to helping where I can."

Don't mistake the move to Central Texas as a signal of settling down in life. Gauging by his current workload and release schedule, Oakenfold's revving up the engines again for another run.

A brand-new documentary film, SoundTrek: A Musical Journey to Mount Everest, now streams exclusively on movie subscription startup FlixFling. The film details his 2017 expedition through Nepal's outlying villages and into the Himalayan Mountains for a Guinness world record-breaking live DJ set at the base camp of Mount Everest – 18,800 feet above sea level.

"The success of SoundTrek Mount Everest was just the beginning," Oakenfold told Rave Jungle. "Based on the amount of money raised for charity and the global success of the adventure, I plan to do many more SoundTreks around the globe."

Then, there's always the music. A documentary companion single, "Monster in Me," featuring vocalist Allison Kaplan, just dropped. He also issued Perfecto Records 2021, a four-mix collection with the best releases in various trance subgenres, from his London-based label.

However, the most exciting development is the recently dropped "Hypnotic," featuring mercurial rapper Azealia Banks. Among the single's eight versions lie an always-money Benny Benassi remix and an underrated adaptation by up-and-coming producer Sam Kamer, which subtly harkens back to Oakenfold's hip-hop roots. – Kahron Spearman Lukas Nelson & the Promise of the Real

Lukas Nelson recording an entire album on analog tape wouldn't have raised an eyebrow in the Before Times – generously viewed as another nod to the history his music draws so deeply from. Now, though, as we emerge from a year of near-apocalyptic uncertainty, he's casting it as a practical decision: Nelson told Rolling Stone he took his latest collection off of the cloud so it'll still be able to spin if technology tanks and everything goes to shit. If only he can find a record player in the aftermath.

Beyond its recording medium, A Few Stars Apart feels like a post-pandemic record, even as we continue to stagger out of COVID-19's onslaught. The 11 tracks still tastefully blend a pastiche of country and rock influences, but the result on his third album with Promise of the Real arrives less reliant on sentimentality captured on previous efforts. Rather, it centers on a feeling of connectivity and – a daring thing these days – hope.

The singer/guitarist recorded the album after quarantining with his parents, Willie and Annie, and brother, Micah, at the Nelson family's Hill Country ranch, where they picked and sang together. It's impossible to believe dad's influence wasn't felt when Nelson went into the studio with country-whisperer Dave Cobb, who Nelson met while working on the soundtrack for A Star Is Born. Pedal steel-stroked waltz "We'll Be Alright" has an undeniable Williellian progression, serving as a lovely reminder of what endures when everything else fails.

Nelson jumps between these moments of quiet introspection and all-out rockers that borrow from his heroes. Jangly guitars and vocal affectations on "Perennial Bloom (Back to You)" and "Wildest Dream" evoke Tom Petty but sound natural, not mimicking, in his hands. The banjo lick carrying "Leave 'Em Behind" feels swayed by Neil Young, who Nelson backed for years, steadily blossoming with strings and an electric guitar solo. Another waltz, the piano-driven "Smile," bookends A Few Stars Apart. The lyrics could read as a reflection on a past relationship, but after prolonged isolation, it insinuates gratitude for the present: "The winding road/ Brought me home/ And I can't help but smile." – Abby Johnston

Forged on the sweet escape of jazz and island time, Indoor Creature's third album Living in Darkness culminates the psychedelic force of nature Caleb Fleischer and Travis Kitchen started cooking in 2015. The trumpet-splashed "American Dream" assails materialism, while "Get Away" unloads their burdens with relaxing piano. Bassist Marcus Bell, meanwhile, gives motion to the beachy batch of alternative indie-pop that seamlessly forms into one coherent story of life. Encompassing the bliss of their live performances, the six-man band generated a collection of anytime, anywhere music, crossing the "Finish Line" full circle with light, kaleidoscopic melodies. – Morgan-Taylor Thomas

Whookilledkenny's resurgence accentuates the importance of exercising patience when operating as an independent artist. After parking his hype in a garage throughout 2020, he returned in February with a clear-cut plan for vengeance. "Vanessa," the Austinite's fifth song in five months, debuted June 3 via The Zane Lowe Show on Apple Music. Kenny takes advantage of the dark trap beat co-produced by 9three and frequent collaborator OK Coop to detail his encounters with a few honorable women he's met in his time – like Sally, who scams credit cards in hopes of owning a Tesla, or Alexa, who makes her bread on OnlyFans. "Thought you was her n***a but you ain't her only man," he rhymes. "Vanessa" and its humorous video once again prove fee season may soon dawn upon us. – Derek Udensi

It's a scrappy operation run almost entirely by Chris Brecht, who dutifully chronicles each year's tour in a film. Although his camera captures enthusiastic crowds and performances, the heart of the documentaries always emerges in the coming together of the crew as they learn to journey and perform as a unit. Moving Panoramas' Leslie Sisson shared in the Chronicle last year: "We gained self-reflection and life-changing moments that help us grow not only as musicians but as humans."

Yet what emerges as the crew travels to Thailand at the outset of the pandemic and navigates a year of social upheaval with shows locked down is more a treatise on the power of music and travel, reflections from each on their purpose as an artist, and the value of community. – Doug Freeman

On his 2019 LP Nashlantis, Chris Gantry draws up his time in Nashville's Seventies scene of outlaws and poets, reflecting on a "gypsy life" writing alongside Kris Kristofferson and Shel Silverstein while penning songs for everyone from Johnny Cash to Glen Campbell. Released on indie paragon Drag City and featuring contributions from Bill Callahan and Edith Frost, the album plays as an ode to a bygone era with echoes of wild-eyed inspiration, but also showcases Gantry's still-sharp songwriting from a perch of having lived through it. – Doug Freeman

Lolita Lynne's been on a hot streak. In March, the singer and multi-instrumentalist gave the world exactly what it needed: a catchy single ("Existential Dread") conveying the crushing inner crisis we collectively felt. Soon another woozy dose of emotionally in-touch art-pop followed with "Leave Me Alone," plying the local's intimate vocals over bold drum programming. Her return performance inhabits a stunning remodeled church. – Kevin Curtin