Faster Than Sound: The Spiritual Side of Quentin Arispe 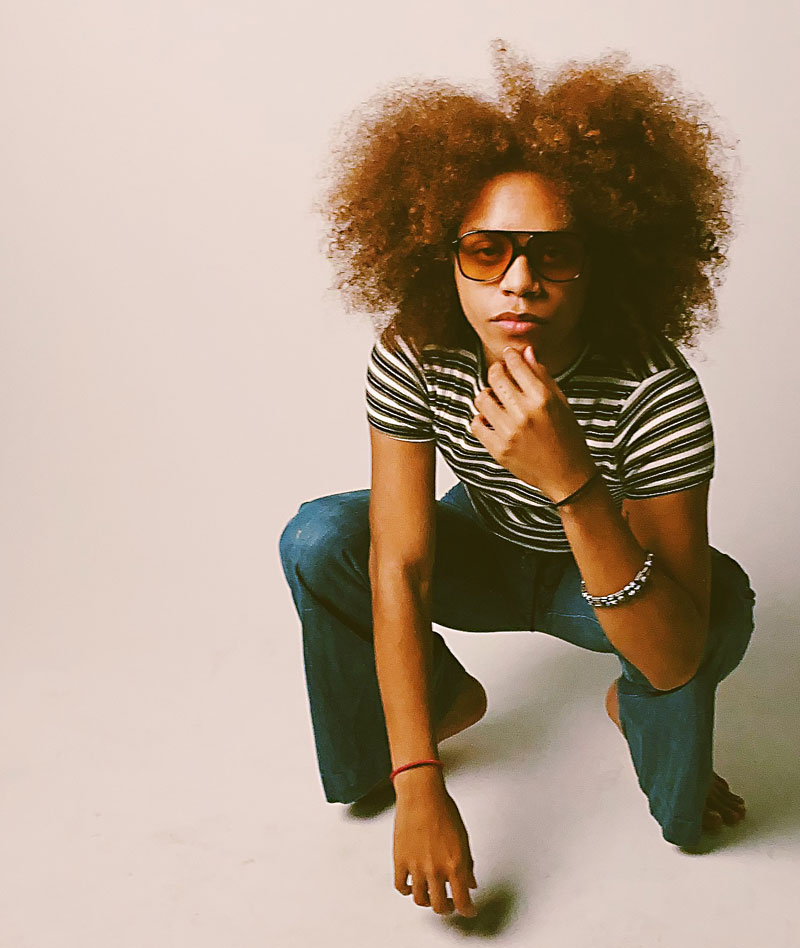 Moving to Austin took Quentin Arispe several tries. Building up a sevenpiece live band rooted the artist locally, while a prolific run of recordings – including 2019's Fruit with prominent cumbia producer El Dusty – pulled the singer back to their hometown of Corpus Christi. Firmly based in the capital these past two years, 23-year-old Arispe's catalog remains restless.

"When I started doing live shows for Fruit, it was very Beyoncé, with backup dancers, prerecorded tracks, and lots of choreography," Arispe explains. "Then, once I started doing Spiritual Waiting Room, it's like barefoot, huge 'fro, Erykah Badu vibes. If I put out another pop song, you best believe I'll get back in that high pony and Britney mic."

Pride Month makes way for both sides of this musical universe.

The singer-songwriter contributes unreleased track "After All," which Arispe calls "a spiritual, folky little break from the angst," to the multicity Proud Voices installation. Throughout June, QR codes at eight queer-friendly local businesses stream work by ATX artists including Mama Duke and Carrie Fussell (see Chronicle blog "Proud Voices Austin Is Queering Hearing for All of Pride Month," Qmmunity, June 4).

At the return of nightlife event Cyber Queen, June 12 at Coconut Club, Arispe helps host as a "Cyberdoll" alongside DJs, drag, and more queer performance. Working with organizer Y2K and p1nkstar on the fantastic January concert film Girls Like Us, Arispe attributes ease across genres to a childhood in musical theatre, a path recommended to their vocal lesson students at School of Rock.

"Doing shows seven nights a week, you learn everything you need to be a well-rounded artist," they explain. "I see each album as a play, and I have to become that character. I know how to leave Quentin, who I am day-to-day, at the door. You never really know what you're going to get from me. It could be anything.

"I love that Lady Gaga concept: I'm going to give you The Fame Monster, then Joanne. Miss Stefani [Germanotta] was also a theatre kid."

The Spiritual Waiting Room imagines Arispe's journey through life and death, connected by a series of intense, soundscaping transitional tracks like "Room A." The artist says working with an engineer/shaman to infuse hidden sound frequencies for healing, wealth, and more informed the whole process. Daniel Sahad, singer of Nané, also helped craft the album's immersive harmonies.

"Across [my work], my voice is always the constant," says Arispe. "It's just the circumstances that change." 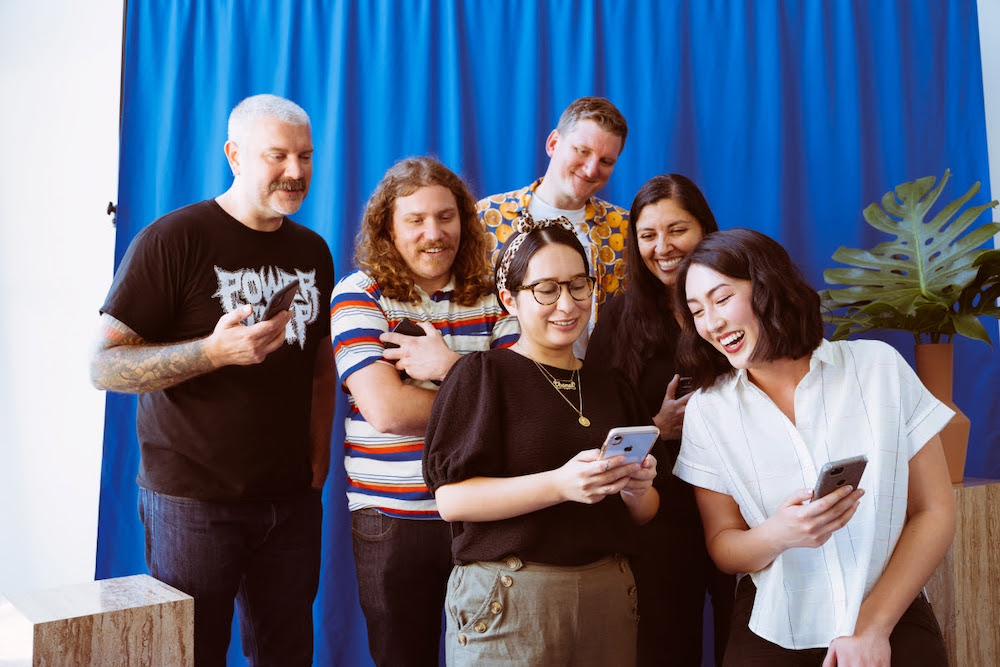 Resound includes owner Graham Williams, talent buyer Rosa Madriz, and art director Ian Orth alongside Gab Soong, Chanel Quinones, and Zane Ruttenberg. In a comment to the Chronicle, Orth notes, "At the foundation, the soul of the business is the same ... [but] the long-term outlook will see the business evolve into more community outreach. Emerging from this past year, we can't do business as usual." 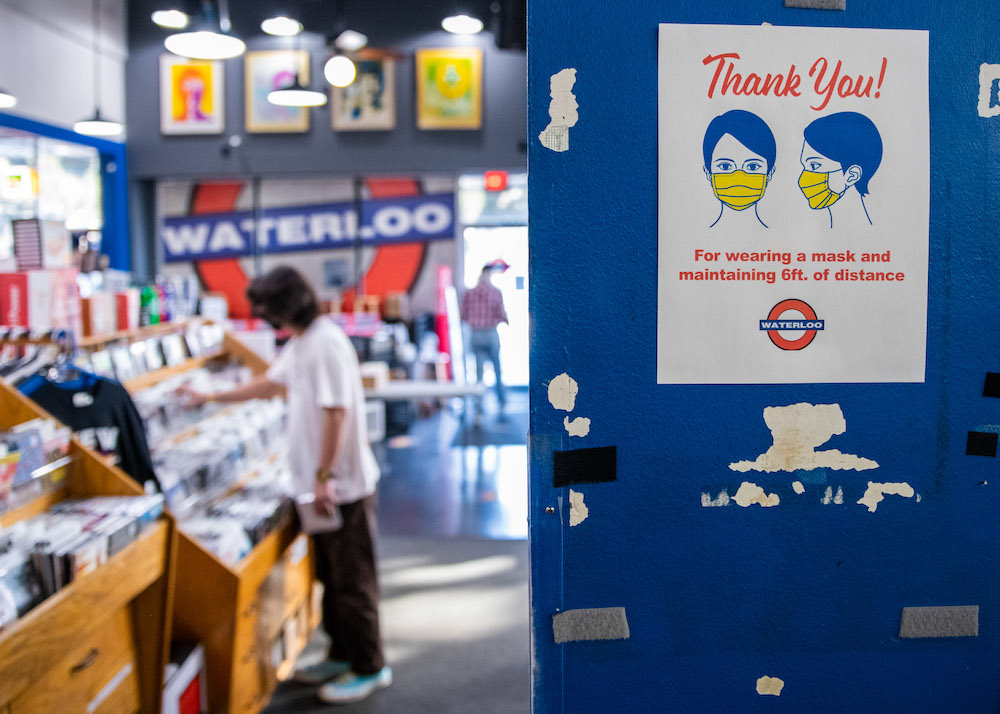 After last year's contactless edition of Record Store Day, the annual event returns in two summer dates: this Saturday, June 12, and July 17. The lucrative day for record shops follows a difficult 2020 for independent local retailers, many of which collaboratively coordinated closure and reopening throughout the pandemic. Area purveyors of the official RSD exclusives include Antone's Record Shop, Breakaway Records, End of an Ear, Waterloo Records, Groover's Paradise, and Piranha Records.

No advance registration necessary and at limited capacity, End of an Ear and Antone's both open at 10am. After offering early entry via a lottery, Waterloo also opens at 10am. Breakaway follows at 11am. Locally connected discs on the first drop include Sarah Jarosz covering Billie Eilish and U2, a picture disc of Janis Joplin's Pearl for its 50th anniversary, and Will Sexton's contribution to Just Leg It!!! – a Fat Possum compilation of old Southern party songs. 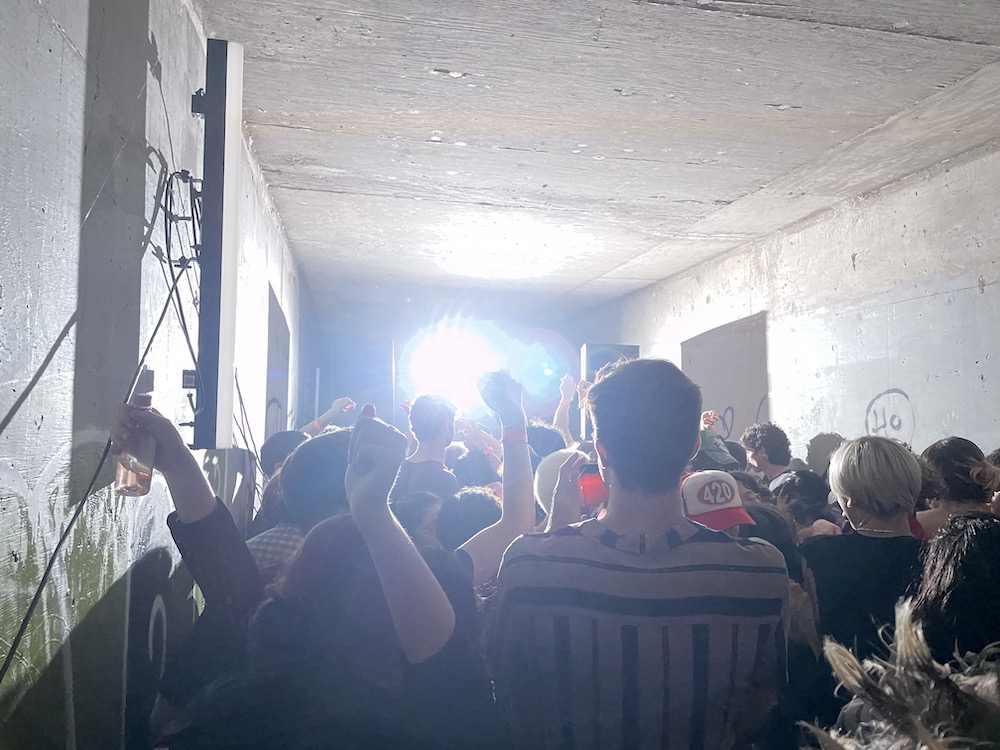 Inside the tunnel show last Saturday (Photo by Rachel Rascoe)

N8NoFace in a Drainage Tunnel

Los Angeles artist noted for a cataclysmic merging of synth and punk, N8NoFace played in a local drainage tunnel last Saturday night. He captured the event's essence on Instagram: "This is the fucking show I'm playing. This is how we get to it, with flashlights, through the woods." Marking the well-attended return of Austin's 1222.Productions, a line for entry held steady throughout the evening of DJ sets from Bathhøuse, Mort.Domed, and Plum.

The impressively organized off-the-grid party offered wristband entry, security staff, and light beams drilled right into the sweaty cement walls. Greeted by the smell of spray paint and liquid smoke, I pushed through the passage for a glimpse of riser Saliyah's last set before moving to Brooklyn. As more and more dancers celebrated a post-pandemic hope for local DIY, I found myself looking back, to make sure I could still see the light at the tunnel's opening. 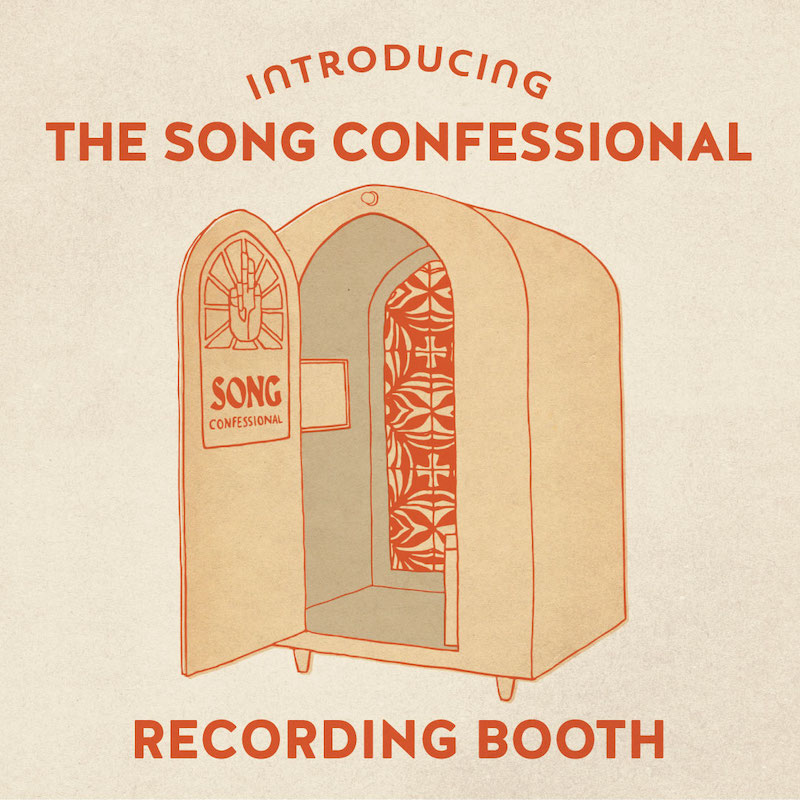 Song Confessional, a roving recording booth by Austin musicians Walker Lukens and Zac Catanzaro, now lives permanently at Hotel Magdalena. Converting anonymous confessions into original songs by local artists, the KUTX podcast kicked off an artist-in-residency program with Andrew Cashen and Sabrina Ellis, the team behind both Sweet Spirit and A Giant Dog. Residents write a song based on submitted tell-alls, then record it at the Public Hi-Fi studio of Spoon drummer Jim Eno, and DJ one evening at the pool. Look out for dates with Ley Line and Fat Tony in July and August.

Tiarra Girls, the local sister trio, entered a new co-management deal with Cosmica Artists (Katzù Oso, Jarina De Marco) and 484 Management last month. The band followed up with new single "Soy Chingona" last week, described as "an anthem of empowerment, an homage to the women who presently open doors, and a tribute to past Chingonas that opened the path."

Emergency Contact is described by Variety as "a high-concept, high-octane, action film set amid the underground music scene in Austin, Texas." Picked up by Warner Bros., the movie stars Yahya Abdul-Mateen II (Watchmen), a producer alongside Dwayne Johnson and Beau Flynn.

Bullock Texas State History Museum offers "Guitar: The Instrument That Rocked the World" until August 15. The new exhibit explores the instrument's 5,000-year-old history, as well as the world's largest playable guitar, a 43-foot-long Gibson Flying V replica made by students at a magnet school in The Woodlands.