I Am Here All Day

Faced with dimmed stages and isolation, local concert photographer Ismael Quintanilla III checks in with his community in I Am Here All Day.

Comprising 118 portraits of Austin musicians taken between March and August 2020, the book documents the initial turmoil of the COVID-19 pandemic. Inspired by front-line workers and driven by a desire for "love, fulfillment, connection," the Austin Music Award winner began shooting portraits of artist friends not long after South by Southwest's cancellation. The series soon progressed into a tangible historical record, offering glimpses into disrupted interior lives.

"This [book] I'm holding has much more value than doing an Instagram post or something that's going to disappear into the noise," affirmed Quintanilla last week.

Three emotional states reminiscent of grief – uncertainty, semi-acceptance, and growth – dictate the book's flow. Together, the images coalesce into a wider snapshot of a community severed from its sacred spaces. Isolation entrenched in every pixel, window panes and porch fences shroud artists as they sit in waiting, giving hopeful smiles or one-on-one concerts.

Such setups make sense, given pandemic safety concerns, but the physical distance feels fittingly palpable. Yet Quintanilla celebrates the bonds forged in a time spent apart with lively textures and tender warmth. Personal details make the images even more compelling.

Corey Baum of Croy & the Boys helms a grill, armed with a cold one. Jake Lloyd peppers his windowsill with succulents. Lauren Warner of the Dead Coats playfully brandishes a decapitated mannequin head.

"A lot of people at that time were like, 'You're the first person outside my immediate social circle that I have talked to in months,'" reveals the photographer.

"Even though live music is coming back, it took a lot from us during the pandemic to be able to bring it back again," he cautions. "We're not coming back with the same momentum that we had prior to the pandemic, and you can read through the book why that momentum is gone."

Advocating not for the status quo but rather for equitable and sustainable ways of supporting musicians, the final entries of I Am Here All Day offer a way forward grounded in mutual connections. – Annie Lyons

In a state prone to mythologizing, Bill Callahan serves as a gut check. "Cowboy," the music video and latest single from 2020's Gold Record, both feeds and skewers sepia-toned visions of the frontier. The video opens with amorphous, undulating colors set to a hop-along guitar melody and lonesome whistle used in countless depictions of the American West. Cut to Callahan, revealed as the whistler, with his back against the headboard of a motel bed. "Well, I've been living like a cowboy/ On the late, late movie," he drawls. Directors Anthony Gasparro and Mikey Kampmann spend the rest of the clip juxtaposing the surreal, the quotidian, and the intersection of the two. Callahan never leaves the motel, but outside looms big sky, a swimming horse, and churning bodies of water, as well as the often overlooked realities of Western life: a kid on a skateboard, smiling mariachis. For Callahan, "It's all one river." – Abby Johnston

On its fourth studio LP in half as many years, Cactus Lee broadens their brand of country folk. Be assured, Kevin Dehan's friendly voice still fills ears with easy warmth, and propellant picking presages melodic hooks, but the album straddles two new, distinct territories. A full acoustic ensemble inhabits the first five tracks, wherein brilliant mandolin by MilkDrive's Dennis Ludiker adds exceptional brightness to "Luckenbach Moon" and "Kerrville Axe," on which momentary vignettes of rural characters imply larger stories about love and history. Side B shifts to twangy two-steppin' material driven by Caleb Dawson's swaggering percussion. "Locked Up in Lockhart" chronicles life in a small-town drunk tank, while the catchy "If Rona Don't Do It (That Fast Livin' Will)" lands a freaked-out anthem.  – Kevin Curtin

Lyle Lovett's monthly livestreams provided one of the past year's few bright spots. Among guests welcomed by the Texan, Elvis Costello, Jason Isbell, Michael McDonald, and Vince Gill stand out, but the joy emits as much from the stories traded between songwriters as the intimate musical performances. For April's event, Lovett recruits Willis Alan Ramsey for a rare showing, previewing songs from the mythical follow-up to his seminal 1972 debut LP. The latter, who marks among his co-writes with Lovett the Lone Star anthem "That's Right (You're Not From Texas)," reportedly finished the album, but the former Austinite still marvels on the strength of classic "Ballad of Spider John" and "Muskrat Love" and "Satin Sheets." – Doug Freeman

Somewhere there's a kid with body image issues, or struggles with addiction, or stifled sexuality that needs to hear Chris Conde rap. Both healing and rebellious, the Austinite's latest full-length, Engulfed in the Marvelous Decay, strikes an inspiring balance of self-betterment and self-acceptance on "Everyday," while raging against marginalization on the nü metal-tinged "American Faggot." Thicc, brown, queer, and sober, Conde's adept at both sharing perspective and staying on topic. The fuzzed-out "Cancel Culture Blues" laments social excommunication: "There's no redemption, no path to get back, no lesson, no act of compassion vested." Conde's second release on poet stable Fake Four welcomes label co-founder Ceschi Ramos on stressed-out anthem "The Summer of Our Discontent," and Doomtree maestro Lazerbeak produces uplifting banger "Mariposa." – Kevin Curtin

Austin rapper Astrokeyy unwinds on his first project since last summer, opening this eight-track mixtape with an aggressive delivery comparable to proficient Indiana MC Freddie Gibbs before closing "Hunt" with wise words from the late Compton rapper/entrepreneur Nipsey Hussle. The unteachable trill demeanor Houston instills into its natives reveals itself on later tracks as the 28-year-old rhymes with ease. Quin NFN ("Peace") and Lil Douzy provide the March tape's only other guest appearances, which marks a change in approach from 2020's feature-heavy At Ease, Vol. 2. Astrokeyy shines brightest when providing slick lines that tap into his go-getter mindset, notably repurposing the word "trap" into an acronym for "Take Risks and Prosper" on title cut "S.W.M.D." Smokin' Wit My Demons reaches its apex with "Chakras," a spiritual, jazzy track that references a need to harness the tireless work ethic of late NBA great Kobe Bryant when doubt creeps in. – Derek Udensi

Naomi Sutton captures the concerns of a pandemic-laden youth on Personal, collaborating with Bastrop's Deezie Brown and Austin's own Eimaral Sol. As the East Texas native waxes and wanes between pleading requests for a more communicative partner and pure dismissal of the one who won't stop calling, she's mourning the loss of the communal dance floor. "Who turned on the lights?" she wonders on "I Wasn't Done," a reflection of the stopped-in-your-tracks nature of lockdown. The five-track EP meets all the hallmarks of modern R&B – the voicemail sample, isolated trap beats, glimmering chord progressions – but Sutton's sharp vocal inflection cuts through the standard. On "Wrong Me," she throws darts with an infectious hook: "You have reached/ 9-0-3/ Can't reach me/ D-N-D." Similarly avoiding cliche, "Show Me" warps into a curling synth beat, embodying the subtle discomfort of a concern sitting at the pit of your stomach. Spacier cut "Do You Mind" traces Kevin Antoine's saxophone around Sutton's each word, a final bright embellishment to a project with gems sprinkled throughout. – Laiken Neumann

Whookilledkenny spent extensive time demanding potential investors in his stock to "Pay the Fee" despite a noticeable lack of recent releases. "Finna Charge" certainly raised his price to a much higher level. The February single garnered over 350,000 Spotify streams thanks to placement on playlists curated by the service's tastemakers, such as the "Most Necessary" and "No Cap" groupings. The charismatic Austin MC, however, refuses to rest on his laurels. "Traffic," a relaxing track released last month, features New Orleans artist Pell singing on the hook as the two young artists declare an uncanny ability to reap profits as onlookers haplessly stagnate. Kenny clocks in with a short verse that takes a more melodic approach in relation to his style on "Finna Charge." Houston's OG Ron C also chops and screws an alternate version of the song. Kenny's recent offerings and their relative success again demonstrate he will likely play a vital part in Austin hip-hop's gradual ascent. – Derek Udensi 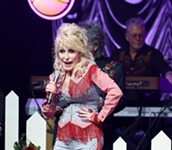