Not throwing an epic wing-ding after the dreadful and disillusioning last 12 months remains a bitter pill to pop. This community deserves one. That said, not having an in-person Austin Music Awards is a no-brainer. No tradition's worth risking the health of people we care about – not even a homegrown legacy show.

So instead of orchestrating a diminished version of something we've done for 38 consecutive years, the Chronicle decided on something totally different: bringing the AMAs to the winners. 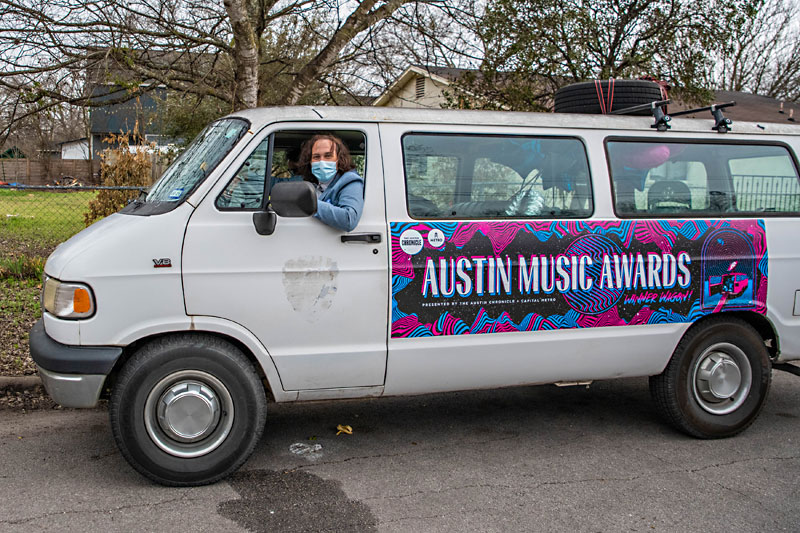 Emcee Kevin Curtin behind the wheel (Photo by David Brendan Hall)
In an homage to the Publishers Clearing House Prize television commercials from decades ago, we transformed a 1995 Dodge band van into a “Winners Wagon” and surprised the top vote-getters of the 2020/2021 Austin Music Poll at their homes.

In an homage to the Publishers Clearing House Prize television commercials from decades ago, we transformed a 1995 Dodge band van into a “Winners Wagon” and surprised the top vote-getters of the 2020/2021 Austin Music Poll at their homes. Like the old school Prize Patrol, we presented folks with comically oversized checks.

That decision, in lieu of trophies or plaques, arose from the knowledge that musicians in our community have weathered a financially forsaken existence over the last year. AMA honors never came with money, but we believe honorees of every walk need to keep the lights on even if the state can't. Our own creative venture here at the paper suffered like everything else in the pandemic, but sponsors allowed us to accompany each of the 20 awards and one Hall of Fame induction with $500.

And anyway, isn't it everyone's dream to stand there on camera holding a giant check?

Minor stimulus aside, the Austin Music Awards remain an endeavor of thanking, honoring, and recognizing individuals and groups who make community-binding art. Probably like us, you've had your fill of "unprecedented" times and can't wait to return to warranted life. Expect next year's AMAs to be a proper hug-it-out festivity.

For now, we celebrate the 2020/2021 winners who'll stand forever as those who emerged triumphant in a year like no other.

The Winners and Nominees 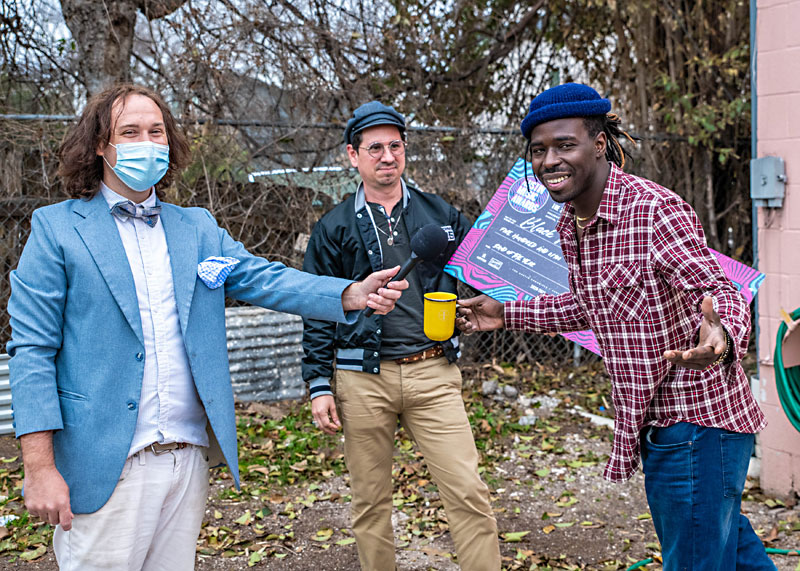 Band of the Year (Sponsored by Dulce Vida Tequila)

Musician of the Year (Sponsored by Trashless)

Songwriter of the Year (Sponsored by Desert Door Distillery)

Hip-Hop Artist of the Year (Sponsored by BeatStars)

Album of the Year (Sponsored by Real Ale Brewing Co.)

David Ramirez, My Love Is a Hurricane

The Teeta, The Quarantine

Song of the Year (Sponsored by Real Ale Brewing Co.)

Adrian Quesada and various artists, "Walk With Me Austin"

Video of the Year (Sponsored by Real Ale Brewing Co.) 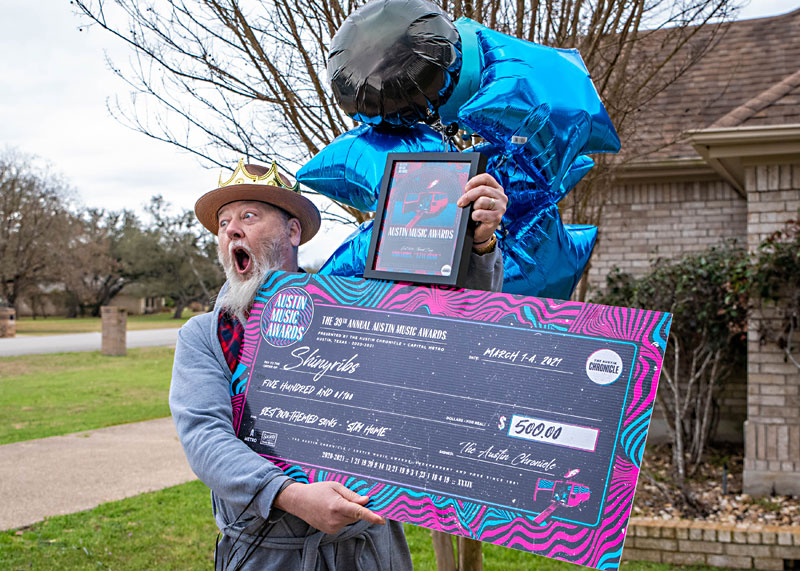 Big Bill, "Death to the DNC"

Musician Who Went Above & Beyond (Sponsored by The Soup Peddler)

A Night for Austin

Blues on the Screen

HOME Cookin' for the Holidays 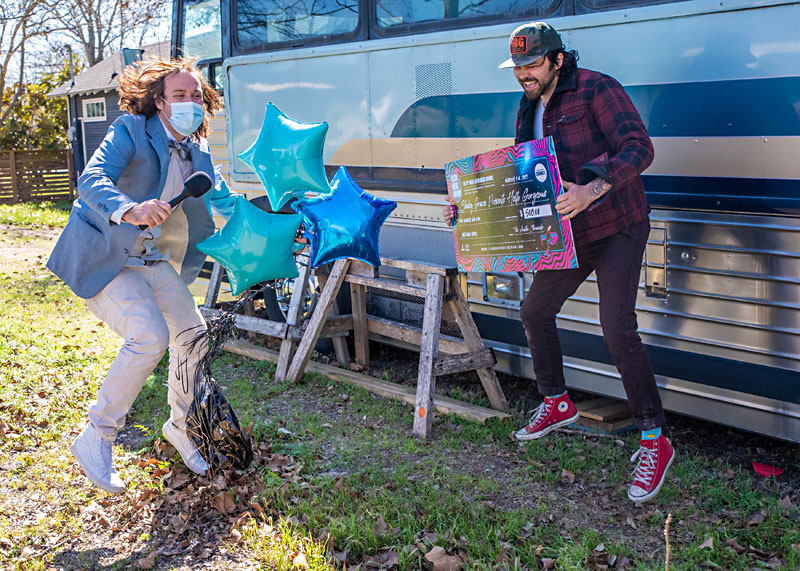 A version of this article appeared in print on March 5, 2021 with the headline: Winners Wagon 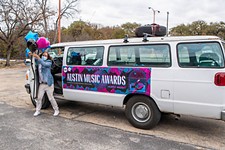