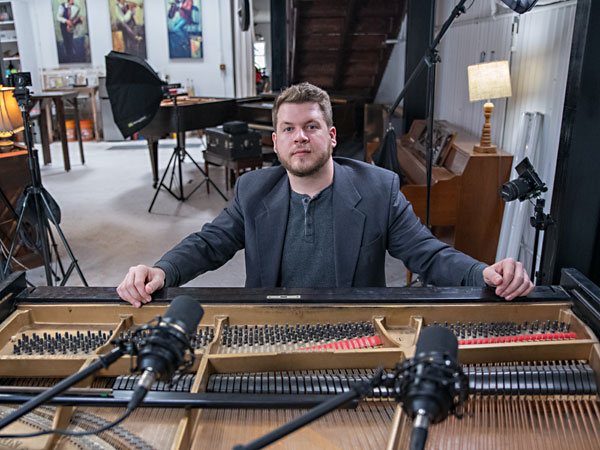 East Austin Piano Shop sits on Sixth Street a few blocks west of 183, next to BLK Vinyl. A makeshift stage, already set with drums, bass, and piano, occupies one corner and faces a mixing desk and video camera. The rest of the space bulges with pianos in various states of repair.

"The pop-up jazz club is a very strange combination," he admits.

Learning portability at JuiceLand humping gear from festival to festival, Shook hauls chairs, tables, and other necessities in a trailer, hiring bartenders and friends on a per show basis, and wrapping it all up by midnight. He compares the classic DIY spirit fueling Monks to the romanticized Hollywood cliche, "Let's put on a show!"

"We need a toilet? Someone call the porta-potty guy," itemizes the grassroots promoter. "We need lights? Go to Home Depot, buy can lights and some translucent construction paper, and we'll make the gels. Hey, who wants to help me build tables?"

"His work ethic seems to apply to literally every part of his life," attests bassist Sam Pankey. He and drummer Daniel Dufour co-founded the Collin Shook Trio in 2014, and often find themselves backing up Monks performers. "He's worked so incredibly hard on the Monks shows – the livestreaming, the mixing, the editing. The dude literally does everything.

"He bought all the gear and learned how to use it. He mixes and masters every show and does the lighting. When he's not playing, he's working the cameras."

"Collin believes there's a real audience wanting to see creative improvisatory music to immerse themselves in," affirms Dufour. "He's one of the last remaining pieces in the puzzle that is Austin jazz."

In May, Monks partnered with the Austin Jazz Society for livestreams every Tuesday to raise money for Project Safety Net, a grant program for gigless jazz cats in need. AJS President Tom Van Tassel knew Shook for years as piano tuner for the organization's monthly Chez Zee concert series.

"One day, I noticed him playing around with a camera in his living room," explains Van Tassel. "He had a grand piano, a set of drums, and an upright bass; he was playing each one individually, and he sounded pretty good. So I said, 'Hey, do you think you could figure out how to do a livestream?'"

The AJS head wants to expand to another weekly stream, as well as Austin satellite programming.

In May, Monks partnered with the Austin Jazz Society in a grant program for gigless jazz cats in need. Project Safety Net’s fundraising now tops $100,000.

"There are outlying areas – Georgetown, Round Rock, Marble Falls, Horseshoe Bay – with active organizations in the arts, and perhaps even venues, that would be perfect to do this on a periodic basis," notes Van Tassel. "We'd partner up with Monks to make that happen."

Dallas native Shook began taking lessons at 4: "Thirty minutes a day, with all the structure and rigidity of having a mom as a piano teacher," he chuckles. He eventually learned multiple instruments, and began studying with vibraphone master John Mark Piper, a teacher at his mother's school. Drumming for a Mars Volta/Coheed & Cambria-inspired group as a teenager, Shook's calling soon revealed itself.

"[Piper] showed me all the four- and five-note patterns you can do over a basic chord," he says, imitating notes vocally. "You can just play ideas over a chord scale. I thought soloing was for guitar players. I didn't know you could do that on piano.

"Not a single classical teacher in 14 years ever told me I could improvise."

"That's how I got into jazz," he says. "I was drawn to the freedom of being able to play whatever ideas you want and have it be different every time."

"He's pretty original as far as jazz piano players go," says Pankey. "I know where he's coming from musically, but he still manages to sound like himself. He's uniquely gifted in that he can step in on almost any gig and make it sound incredible without needing much rehearsal or prompting."

Shook moved here in 2006 at the age of 19, hitting the Elephant Room almost immediately ("I was really bad"). After four years, he moved to Tucson and cut his debut Derivatives there. Moving back to Austin in 2013, he performed five nights a week, cut the quintet EP The Desert in 2016, and established Monks the same year. Its livestream prioritizes among his pandemic concerns.

"A couple of years ago, I used to think, 'I'm gonna get all these investors, and we're gonna go national!'" he laughs. "I'm 31 now, and life is humbling me. While it's a very small scale thing, I'm really proud of it. It's a lot of fuckin' work, but there's a ton of good musicians, and with the Jazz Society, we'll grow into this next phase.

"For a DIY jazz show in an art gallery that used to be a tire shop," laughs Shook, "it's kind of cool to be the guy who did it."

"We draw from a similar pool of music and we get along really well," says Pankey of Dufour. "I don't mind being around him for five nights a week."

Dufour concurs: "We're good buds and we know how to read each other. I love him to death." 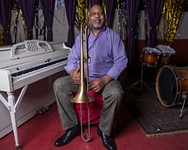 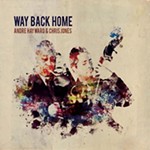