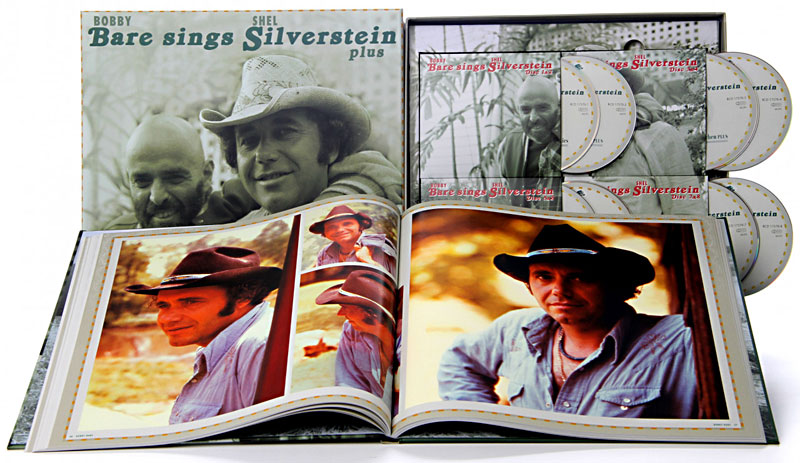 Bare, however, became Silverstein's unlikely champion, digging beyond the humorist's infamous wit to mine an iconoclast's poignant narratives in song. For his part, Silverstein offered the country star a new mode as raw outlaw country overturned Nashville. Mainstream credibility, an impeccable good-ol'-boy croon, and sophisticated material soon shot songs up the charts.

Bobby Bare Sings Shel Silverstein Plus wrangles over 100 of Bare's recordings of Silverstein's songs on eight discs, packaged in exquisite Bear Family fashion. The accompanying book offers a definitive documentation of the two songwriters' work – bios, photos, lyrics, and production credits – and excels in highlighting the singer's abiding affection and admiration for his late friend. Their 1975 concept album, Hard Time Hungrys, gets revived with field interviews (David Allan Coe as intro to "Back Home in Huntsville Again") and previously unreleased songs, most notably the crushing "Things to Sell" and pleading "Lead Me Back Home."

Likewise, 1980 albums Down & Dirty and Drunk & Crazy are reissued here, but the real gem of the collection is the complete recording of Great American Saturday Night, adding three tracks to the raucous 1978 live album previously shelved by RCA in a bitter dispute until earlier this year. A few lost singles resurface, like a 1976 duet with wife Jeannie on "Vegas" and Bare's first take on Silverstein via 1972's "Sylvia's Mother," which he discovered from Dr. Hook.

The only disappointment in this testament to one of country's great partnerships is the lack of Silverstein songs from Old Dogs, Bare's Nineties supergroup alongside Jerry Reed, Mel Tillis, and Waylon Jennings. 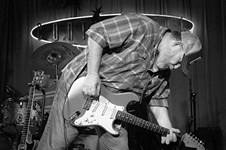