An Excerpt From Willie Nelson and Sister Bobbie's New Book

A new family bible Me and Sister Bobbie finds the Nelson siblings moving to Austin and making Shotgun Willie. 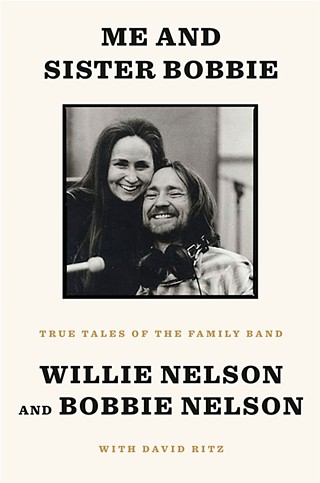 I think there's a divine plan. Like my song said, I don't have to understand the plan to see that it's being put in place by someone who sure ain't me. For example, I didn't tell Bobbie to move back to Austin. That was something she did on her own. I was happy being tucked away in Bandera. But once Bobbie settled in Austin, she kept saying how things were changing. She kept describing Austin as something altogether different from anywhere in Texas.

After Dripping Springs, I saw how Austin was a haven for the hippies, and how the hippies were open-minded 'bout all sorts of music. Also saw that Austin had its own version of San Francisco's Fillmore West called the Armadillo World Headquarters. It was one of those giant venues where folks came out to see Frank Zappa on a Friday and Ravi Shankar on a Saturday. When I booked in the 'Dillo, I wondered how my band would be received. Didn't have to wonder long. Austin welcomed us with open arms. Austin was also home to Darrell Royal, the University of Texas football coach and one of my closest buddies, who loved music as much as sports. Like Bobbie, Darrell was always telling me I'd be happy in Austin.

Austin's progressive politics also made me comfortable. The antiwar position I'd taken for years didn't sit well in the rest of Texas, but I didn't care. I followed my conscience. I found a like-minded constituency of fellow protesters. Both in '72 and '74, I played benefits for gubernatorial candidate Sissy Farenthold, and though she didn't win, I saw Austin as a city of winners. Musical winners. Spiritual winners. A place where hippies and hillbillies looked beyond labels and came together to hear good music.

Once in a while, a wise guy, seeing how I'd started braiding my long hair, said he absolutely had to know whether I was a hippie or a hillbilly. I passed him the joint and said, "Have a hit and decide for yourself."

By the end of 1972, Willie had moved to Austin. He was living on Riverside Drive near Town Lake. His wife, Connie, was pregnant with their second daughter, Amy. Seemed like overnight Brother had become an Austin hero. He was the right man in the right place at the right time. Willie became everything to everyone. That brought me great pride.

At the same time, I stayed on an independent course, working supper clubs and enjoying being close to [my sons] Randy and Freddy. Michael was doing great at law school, and the four of us would always spend the holidays together.

On a visit to Mama Nelson in Fort Worth, Willie mentioned this plan for us to finally start making music together, talking about Jerry Wexler, an owner and producer at Atlantic Records famous for his work with Ray Charles and Aretha Franklin. Even though Wexler's specialty was rhythm and blues, he loved Brother's music and was convinced that the Nashville music establishment hadn't done right by him. He offered a deal that was different from any deal that had ever come Willie's way. Wexler wanted Willie to be his own producer, pick his own material, and play with whichever musicians he wanted.

One of the reasons I'd never recorded with Willie before had to do with Nashville's proclivity to use a stable of studio musicians the producers felt were the best around. Willie never had any argument with the musicianship on the Nashville recording scene. But because his music is so peculiar to his own sensibility, Willie knows best who fits in most naturally with whatever he's creating.

Jerry Wexler was the first one to understand. He set Willie free.

“Hanging out in my hotel room reminded me of when I was in that little office in Goodlettsville, Tennessee, the day I wrote ‘Hello, Walls.’ No ideas were coming my way. So instead, I wrote some nonsense lyrics about Shotgun Willie sitting around in his underwear, biting on a bullet, pulling out his hair, with his family there.” – Willie Nelson

As phone calls go, this one turned out to be monumental. It began simply enough.

"I love it, Willie, because it's you being you."

"I want you to do whatever you want. Get in the studio and follow your muse. Let it take you wherever it takes you."

Well, I'd been waiting 15 years to hear words like that from a producer. Jerry also had other words.

"Cut the record in New York," he suggested.

"New York's a little too hustle-bustle for me."

"New York might help get the sparks flying. You've never recorded here before, have you?"

"Another reason to give it a try. New studio. New canvas."

"You gonna provide the studio musicians, Jerry?" I asked.

"Hell, no. You'll choose whoever you want."

I immediately thought of Bobbie. She was the main spark I'd been missing. I also thought of a gospel record. I was convinced a concept like that, so obviously uncommercial, would turn Wexler off, but it actually turned him on.

All this good man wanted was for me to be me. There was no way to get around it. He made it impossible for me not to go to New York.

To get ready, the first call I made was to Bobbie. When it came to playing with Sister, Wexler had given me the plan I'd been praying for.

Willie was excited. Willie's always excited about music, but this was a different kind of excitement. This was a way for us to go all the way back to our deepest roots.

"You pick the songs," he said. "You know them better than me. You'll know which ones will work best on a record."

“Doing those [Troublemaker] sessions with Willie, joy filled my heart. We were back in our childhood at the same time we were together in our adulthood. Our music merged like it always had. Time melted. Melodies flowed. Harmonies came naturally. Willie sang beautifully.” – Bobbie Nelson

I said, "Willie, you've been recording your whole life. I've never recorded before. I've never even been in a recording studio. I won't know what to do."

"I've never been to New York. I've never even been on a plane."

"Ever more reason to sign on. Flying is fun, and you'll get to see the Empire State Building."

I laughed and promised to get to work. That meant picking out songs. I knew the ones Willie wanted were those we'd sung as kids while Daddy Nelson was still alive. That meant music from our original hymnal at the Abbott United Methodist Church – "Precious Memories," "Will the Circle Be Unbroken," "Uncloudy Day," "Sweet Bye and Bye," "When the Roll Is Called Up Yonder," and "In the Garden."

Before we got to New York, I worked out the arrangements, using Willie's bass player Bee Spears, steel guitarist Jimmy Day, electric guitarist Doug Sahm, and of course Paul English on drums. I kept it simple 'cause that's how Brother likes it. He added on a song called "The Troublemaker" that turned into the album title. Typical of Willie. He likes to see himself as a troublemaker, although in this case the troublemaker is Jesus, who compared to the hippies, is a benevolent soul going around calling for love and peace.

Doing those sessions with Willie, joy filled my heart. We were back in our childhood at the same time we were together in our adulthood. Our music merged like it always had. Time melted. Melodies flowed. Harmonies came naturally. Willie sang beautifully.

Jerry Wexler was thrilled. He didn't have a single criticism. Matter of fact, all he said was, "Give me more."

That's when Willie got an idea. Willie always has ideas.

For good reason, Wexler was always pushing me. He liked the gospel record but now he wanted more. Now he wanted me writing. He said, "Willie, you sing great, you play guitar great, but no one writes better. While you're up here in New York, take off a few days, write a few songs, and record them with Bobbie and the boys. I'll give you all the studio time you need."

Turning down Jerry was tough 'cause I'd learned to love him. The man had great spirit. I told him I'd give it a try.

Hanging out in my hotel room reminded me of when I was in that little office in Goodlettsville, Tennessee, the day I wrote "Hello, Walls." No ideas were coming my way. So instead, I wrote some nonsense lyrics about Shotgun Willie sitting around in his underwear, biting on a bullet, pulling out his hair, with his family there. Guess I was thinking about the time back in Ridgetop when I took a shot at my daughter's husband.

My thoughts got even stronger.

I started writing 'bout how you can't make a record if you ain't got nothing to say and you can't play music when you don't know nothing to play. Turned out to be a song about not being able to write a song. Called it "Shotgun Willie." That became the album title. Wrote a few more originals and also recorded with a harmonica player introduced to me by Coach Darrell Royal, Mickey Raphael, who was so good he's with me to this day. Mickey's one of the world's most soulful musicians on any instrument.

Did something else on Shotgun Willie in addition to singing some old Bob Wills songs. Sang Leon Russell's "A Song for You." Leon had become a big character in my life. He was the best showman I'd ever met. Besides being a raw soul singer and killer piano player, he addressed the younger generation of the late Sixties and early Seventies straight on. He was one of them. At the same time, he was an old soul who loved country music to where he even adopted a country alter-ego – Hank Wilson. He also wrote standards, and I wondered if Wexler would object to me singing Leon's "A Song for You."

True to form, Jerry encouraged me to do it. While Nashville saw my phrasing as offbeat, Jerry saw it as being right on. He compared me to Sinatra, who was, in fact, the singer who taught me that you can play with the beat. You can adjust your phrasing any way that suits your style. You can bring the song to you rather than strain to make it sound "correct." The idea is to make it sound natural, conversational, completely personal.

The Atlantic Records experience put me on a new course. Most important, it brought me back together with Bobbie. When the sessions in New York were over I made it plain. 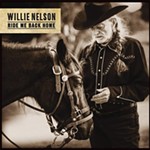 Sister Bobbie
With 'Audiobiography,' Willie Nelson's pianist lets her fingers do the talking 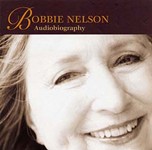