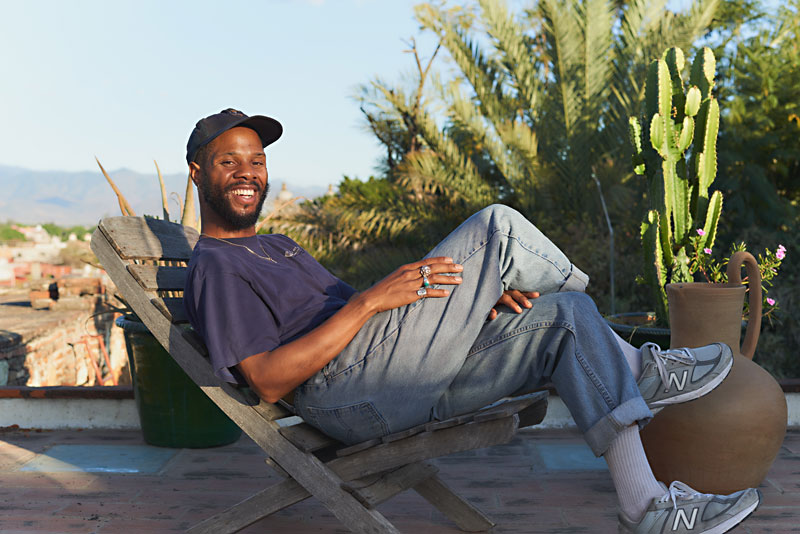 From his current outpost in Tucson, where his partner studies law, avant-garde Texan rapper Anthony Obi details the exploratory Exotica. In fact, for its sole release show, the native of Houston's Third Ward travels to Austin to stage it in person on Nov. 6 at the Far Out Lounge. Locals Deezie Brown and Nayome join the outdoor, limited- capacity event in what Obi calls his favorite city to play.

"It's funny," he begins. "The album is all about storytelling, and even the behind-the-scenes making of the album is full of tales on its own."

"We first met December 2007, when Gldn Eye came to Houston to work with Mike Dean, who's a famous producer. Pimp C of UGK passed away that same month, and [Dean] had shut down his studio. So now, Gldn Eye is in Houston with not much to do, so we began hanging out.

"We haven't made a full-length together since my 2013 album Smart Ass Black Boy, so in many senses, Exotica is a long time coming for us as music partners. To make it full circle, not only did the unfortunate passing of Pimp C lead to me and Gldn Eye working together, now Bun B – the other half of UGK – is the only guest featured on the album."

"We wrote for a week and spent hours talking about who the characters would be – as if we're writing a movie or novel. Throughout the songs, we're looking at people finding ways to cope with life. I made a point not to put any moral judgment on these characters.

"That's completely up to the audience.

"Recording was really challenging, because we labored over the tone of my voice. Like on 'Feeling Groovy,' the guy is talking about leaving his wife for this other woman he desires, and I emulated that panic. On 'Gambling Man,' I tried to have a tone of a classic narrator, like the little rooster at the beginning of the old Disney cartoon Robin Hood, or an African griot.

"There's an artfulness about how these storytellers did their thing."

Recording "What Wake You Up" With Bun B

"We've kept a friendship over the years. Bun saw via social media that I was in Jamaica recording my new album, and DM'd me. Turns out, while we're in Kingston in Stony Hill, he's in Montego Bay celebrating his wife's birthday.

"Rather than let that be, I rented an Airbnb, and me and Gldn Eye packed up some studio equipment and drove across the country to meet up.

"Now Bun wasn't there for work, so he didn't have much time. Throughout the day, he's texting me like, 'I'm going to have a free moment – oh sorry, we're getting a massage.' After all these mishaps, finally, he had a window where he could come rock with us.

"I told him what I was looking for in the third verse, and he's typing away on his phone. After hearing the song twice, he got up, laid it down, and honestly, it was perfect the very first take."

"There's a DJ Screw movie called Soldiers United for Cash, and there's a scene of Lil' Flip freestyling outside of a car. He just sounded like he was in love with rapping, like he was a God MC, and that's the energy that I wanted to have on this album.

"When we were writing, we would start the day off watching that – banging it loud.

"I remember posting it on my Tumblr a decade ago, and writing about how much that clip meant to me. Unbeknownst to me was the fact that later in my life it would be something I call back to. To always remember the spirit of who I am as a rapper." 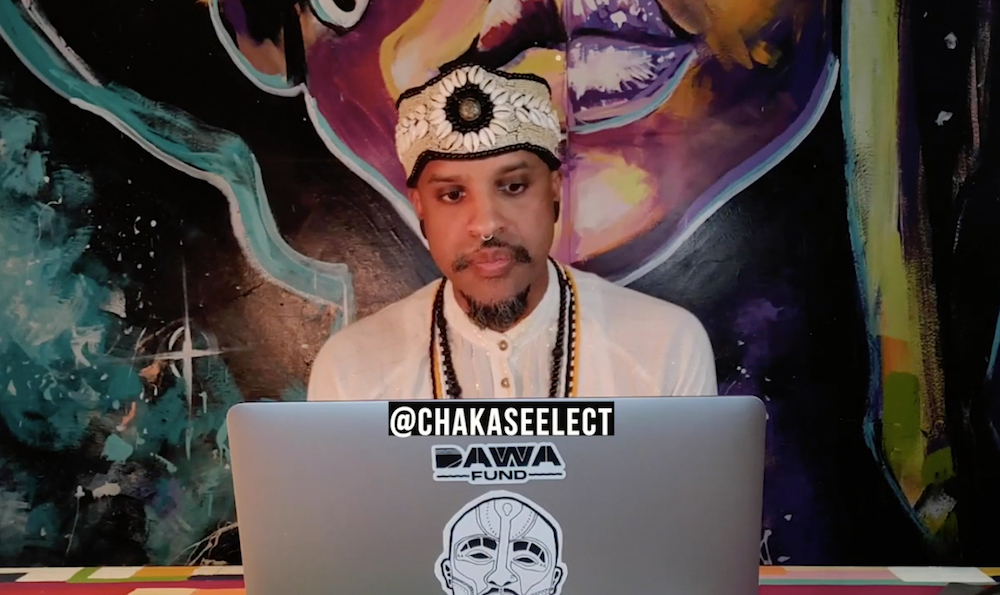 Half of Live Music Fund Designated to BIPOC Musicians and Orgs

In an unprecedented move, the Austin Music Commission voted to designate half of the long-discussed Live Music Fund to BIPOC (Black, Indigenous, and people of color) artists and organizations. The Live Music Fund, created last year, unlocked the first long-term fiscal support for the local music industry with a portion of hotel occupancy taxes. On Oct. 19, Commission Vice Chair Jonathan "Chaka" Mahone proposed plans for a BIPOC-focused fund, which passed unanimously and will eventually move to City Council discussion.

In a speech to the commission, Mahone contrasted the recent Council passage of $5 million for COVID-19 emergency music venue funding under the SAVES resolution with the lack of civic funding for artists of color.

"The properties and buildings can't possibly be more important than the people, can they?" asked one half of local hip-hop duo Riders Against the Storm. "If the city understands that venues must be preserved, certainly they can take the next logical step to understand that the culture upon which these venues' profits were built must be preserved as well. If we found $5 million for venues, what will we find for the historically neglected and disenfranchised communities of Austin?"

The move alters Mahone's June motion for a Black Live Music Fund utilizing half of the LMF, which gained over 3,800 signatures in an online petition. The new plan specifies goals of preservation, innovation, and elevation, abbreviated as PIE, across creative communities of color. Mahone cited recent appeals for city support from Ana Maciel of the Oswaldo A.B. Cantu/Pan American Recreation Center and Harold McMillan of Kenny Dorham's Backyard.

"When I hear leaders like [Maciel] speak about the legacy of Tejano music, or [McMillan] reminding us of the failed social contracts involved in building a cultural heritage district for Black culture, I think about funds for preservation," explained Mahone. "Preservation is necessary so that we never lose our cultural foundations."

He suggested the Music Commission's newly formed Systemic Racism Working Group tackle details of the new fund, which must align with state statutes regarding tourism. Commissioners also instructed city staff to look for other sources of BIPOC-focused artist funds beyond the Live Music Fund, given HOT funds have largely dried up alongside tourism during the pandemic. 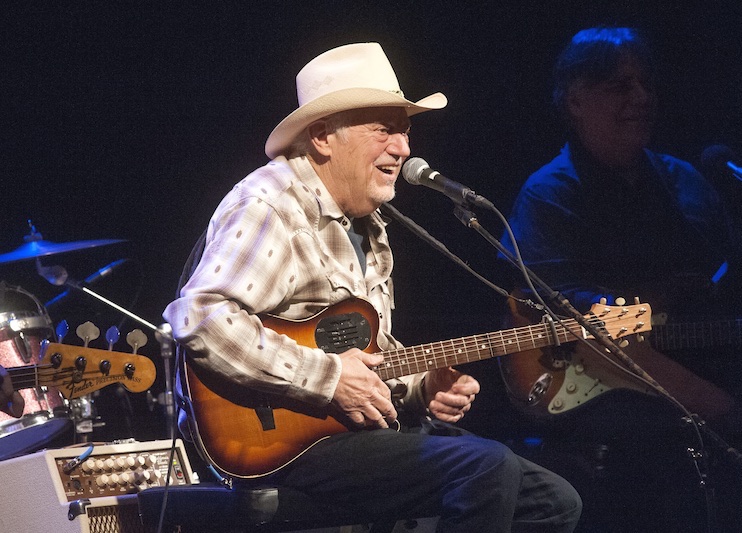 Jerry Jeff Walker at the Paramount Theatre on March 24, 2018 (Photo by John Anderson)

Country pioneers Jerry Jeff Walker and Billy Joe Shaver died Oct. 23 and 28, respectively, the former following a battle with throat cancer and the latter after suffering a series of strokes. Folk great Walker, famously the author of "Mr. Bojangles," was 78, while outlaw songwriter supreme Shaver, who Waylon Jennings once devoted a whole LP to, was 81.

Texas Mist, the rock and heavy metal bar on Bastrop Highway, closed permanently. Owner Jim Daeng Ostrander announced the news last week, citing COVID-19 shutdown and construction along 183 South, which blocked the venue's main entrance. "The sign's coming down and the pictures are coming down," he said on Facebook. "Construction out here has been killing us for two years, and this pandemic is the final nail in the coffin." 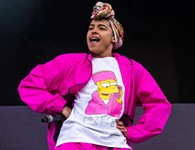