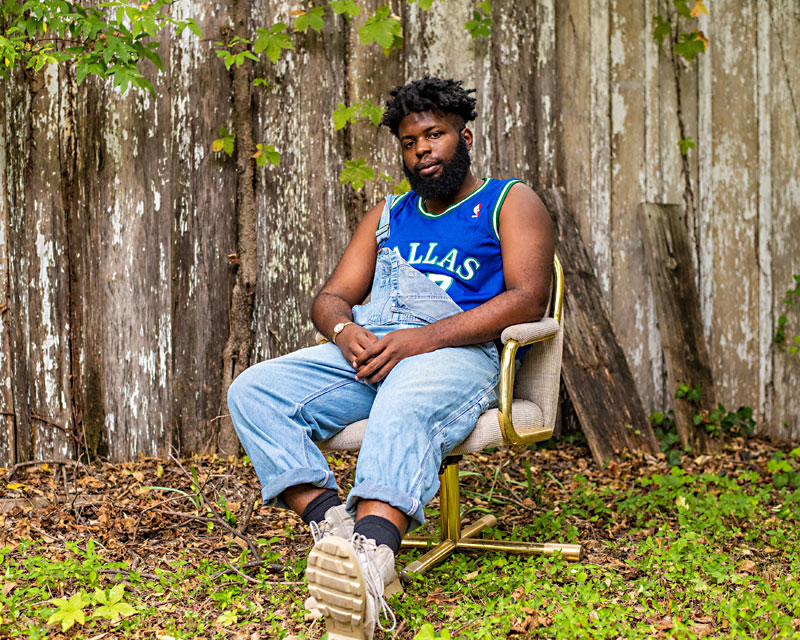 Jason Ikpatt's grandmother calls him Ukeme, meaning "ability" among Nigeria's Ibibio people. Turns out the title proved an apt predictor of his talent across disciplines. Ikpatt studies molecular biology locally as a doctoral student at the University of Texas, researching monogamy in animal species, and working with friends to build a community space on 38 acres in Arizona.

The bedrock of the 27-year-old's creative output is music, coalescing in a string of fearlessly calm singles throughout 2020, floating between alternative R&B and indie-pop.

"I'm approaching all these things in the Ukeme headspace," he explains. "We're building a farm, and I think of it as an art project. If this land is like a beat, how am I enacting myself over this beat? Are they separate?"

Growing up in Dallas, Ikpatt began customizing the sounds of Outkast and Jim Jones at age 9, rapping over a CD of hip-hop instrumentals. Speaking with The Atlantic in 2018, the producer compared readily available DNA coding used for his research to prerecorded sound downloads. Among his many projects, music rose to the forefront in January when bestselling author/astrologer Chani Nicholas placed "Swim," Ikpatt's first upload as Ukeme, on a playlist for Spotify's curated content.

Labels reached out to an Austinite dissuaded by concurrent conversation about Megan Thee Stallion's restrictive record deal. So, he rounded up friends to collaborate on February EP Mornings, an ode to clearing intentional space before a workday. Adrian Armstrong of Njune, who Ikpatt worked with in creative collective Brown State of Mind, as well as Chucky Blk and Vonne appear on the release.

"I was like, 'Hey, I want to show y'all off,'" he says. "I go back and forth between being as authentic as possible and catering to a market so I have a leg up to help others. In [Brown State of Mind], I was asking, 'How do we help ourselves?' But looking around, we don't have the resources, so the first step is, 'How do you get enough to help everyone?'"

Manifold collaborators stretched Ikpatt's super-simple production setup: completely confined to the GarageBand app on his iPhone, with vocals recorded on the earbud speaker. After rapping with instrumentalists in high school, he began soundscaping 100% digitally after receiving an iPad with his undergrad scholarship to the University of Arizona. A return to self-contained songwriting resulted in four recent exuberant and exploratory singles.

"Personal style is just the differences that come out in your ability to copy," he says. "I looked for the pianos that Frank used on 'Chanel.' I wanted to make my voice that distorted, mellow, lo-fi indie-pop kind of like [L.A. soloist] Hether."

Ikpatt was booked for the "Professional Development in Community Arts" panel before the cancellation of South by Southwest. He also advocates for accessibility in the sciences and launched a database for communities underrepresented in the human genome called Project Everybody. Stalled by COVID-19, he stores test tubes with friends' cheek cells in his freezer.

"If I understand something well enough to play inside of it, then I'm going to find the tools to get the product I desire," he explains."In some cases, you might need a big label budget to put music out or a big lab to do genome sequencing, but I can make music on my phone and I can sequence peoples' DNA on my laptop.

"The approach is the same, but the content is different." 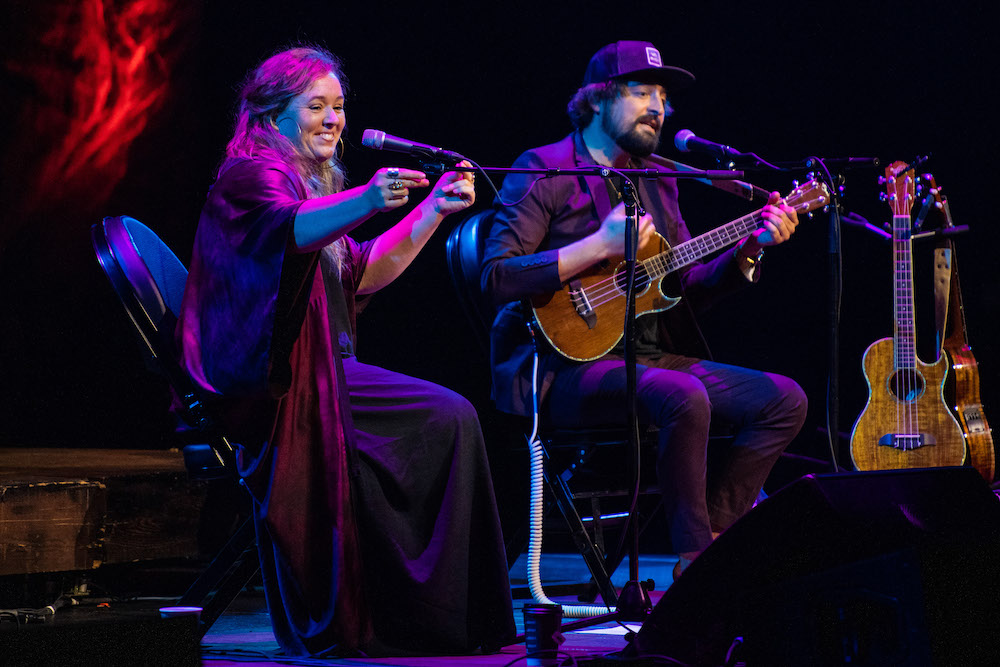 Across the way, Empire Control Room reemerged for a Save Our Stages Fest watch party that urged federal support for clubs with taped big-name performances. The Red River hub follows up with a Sir Woman EP release Saturday, tickets sold by table in assigned rows, as well as Halloween tribute events.

Down the street, Stubb's expands restaurant services to host shows with Austin City Limits Radio series Blues on the Green. Picnic tables are open to ticket winners only, with registration at www.acl-radio.com for Gina Chavez on Oct. 29. Nearby, the White Horse had Garrett T. Capps kick off nightly programming on Oct. 8, and Sahara Lounge reopens with a four-act rock bill this Friday. 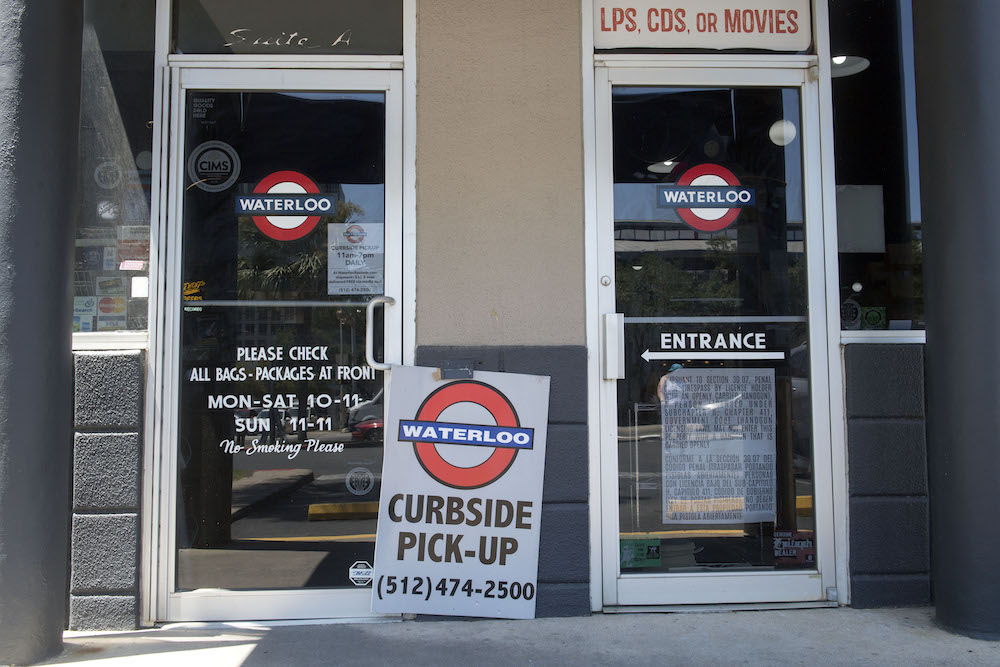 Grammy winners with Austin ties wrote Mayor Steve Adler and City Council earlier this month, urging assistance for music venues. Christopher Cross, Lyle Lovett, Shawn Colvin, Patty Griffin, Eric Johnson, Joe Ely, Edie Brickell, and over 60 other artists signed the effort, reading: "Over the years, the Austin music industry has contributed billions of dollars to the local economy and generated untold fortunes in local tax revenue. We can either put our money where our mouths are and pay back a small fraction of those sums, or we can forfeit our identity."

SAVES Resolution plans, offering $15 million to local music venues, restaurants, bars, and child care centers, were tentatively laid out last Thursday at Council. Mayor Steve Adler suggested focusing on long-term sustainability, like assigning a CPA to work with club owners on lease agreements. "We're not going to save the whole music industry, but if we can save the core of it and help them going forward, that's the win," he said. For immediate relief, Council created a $2.3 million business preservation fund with Transportation Department funds.