ACL Live reintroduces in-person audiences, alongside steady outdoor calendars at the Far Out Lounge and Sagebrush on South Congress. As large gatherings ceased in the spring, ACL Live at the Moody Theater General Manager Colleen Fischer challenged her team to come up with 10 ideas each. Out of the brainstorm, the venue debuted sold-out wedding packages, a musical haunted house upcoming for Halloween, and open-air acts at downstairs Trace restaurant. The Lounge Series, beginning Oct. 2, marks the first music audience at the Downtown flagship since March, sectioned into floor-level mini lounges with group tickets and spaced across mezzanine seats.

Like all Texas venues tiptoeing back into in-person programming, ACL Live received approval for a Food & Beverage designation under loosened state rules, utilizing the W Austin Hotel's kitchen. This allows for 75% capacity, but like most other resurfacing music hubs, they're not stepping anywhere near that. The series allows around 10% of the theatre's regular fill, with temperature checks, health questionnaires, and masks required unless seated and consuming food and drink.

"We consider ourselves a leader, so we have very high standards," says Fischer. "We want to have all of our procedures and safety down pat before we try to do anything bigger. Like, we purposely didn't include seating on the balcony. We're hoping to evolve, and after this series, we're going to put up more shows."

Alongside outcry from the local music industry over the lack of city aid for largely shuttered venues, last week marked the reopening of Hotel Vegas' patio and the kickoff to a monthlong "Last Call Music Series" at Threadgill's ahead of the restaurant's upcoming permanent closure. Folk-rock group the Watters hosted the first corporeal audience at ACL Live's smaller 3ten venue on Saturday. Jenna Watters, who leads the septet with husband Daniel Watters, says the show was lightly attended with both local fans and tourists.

"We've also done a lot of corporate virtual stuff," reveals Jenna. "Because of the booking requests we're getting, I know people are really wanting music right now, even if it's just 10 people in a backyard having dinner."

Steady bookings at expansive South Austin venues the Sagebrush and the Far Out Lounge lead the city's limited music calendar, both venues reporting occasional weekend lines at the door. The latter applied for restaurant designation ahead of the pandemic and hosts five food trucks. Staying below 10% of the Lounge's total capacity, the currently outdoor-only venue requires up to 150 guests to undergo temperature checks and wear masks unless seated. 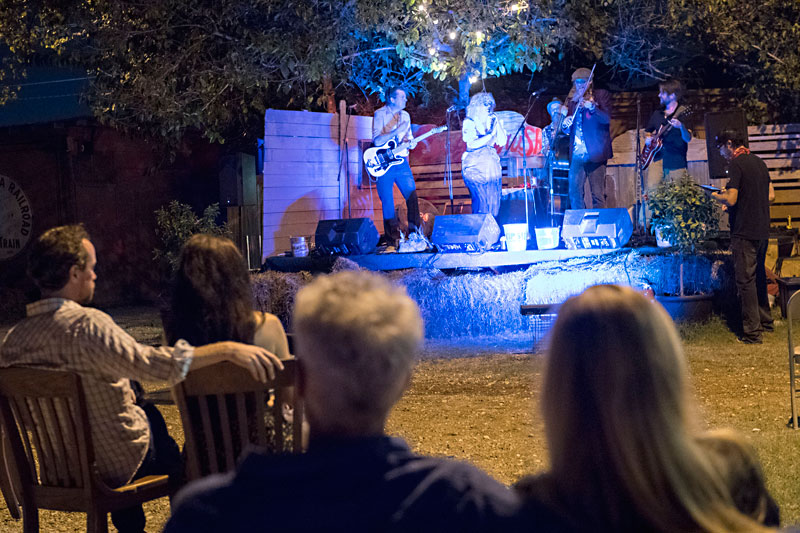 Lawrence Boone books music six nights a week and admits the pandemic raised the profile of the Far Out, which opened last year.

"There's a lot of people who are ready to play," says Boone. "When we reopened, people that would usually play the Continental Club, Skylark Lounge, and Sam's Town Point reached out like, 'Do you have music?' They've brought their own crowds."

R&B artist Torre Blake performed at the Far Out in June to benefit the Austin Justice Coalition, as well as on a three-band bill in September.

"I was very skeptical about performing again, but I love that there's so much space out there," says Blake. "It felt very respectful. People were enjoying each other's company in small groups, but they were also more attentive to the actual art going on, because they weren't out there to party."

Boone says the venue's mellow balance is carefully achieved with $5 door charges and food to keep regulars hanging for hours. He also hired extra event staff to lead guests to tables and approach anyone who gets up without a mask on. For now, he doesn't desire larger, pre-ticketed events.

"I don't want to mess up the formula, because it's working," adds Boone. "People are happy and the crowds are manageable. This capacity will stay until something really changes, and we don't expect that to happen anytime soon."

Denis O'Donnell echoes Boone's sentiments at new South Congress honky-tonk the Sagebrush, which debuted in June and reopened three weeks ago with eatery Baton Creole out front. He's turned down larger-name booking requests but let buddy Shakey Graves strum an unannounced set to a near-empty happy hour. The historic dance hall offers two stages in the 6,000-square-foot interior and another one on an acre of picnic tables out back, booking at least three acts daily.

"The pandemic has now stretched on for a long enough time for our clientele in South Austin to act and behave responsibly, and I'm really proud of them," says O'Donnell, who similarly charges $5 entry. "Whereas on Friday and Saturday your crowd widens, we've been lucky to receive the bohemian, the working person, the musician – and everybody's been cool like the Fonz.

"It's like the Hard Luck [Lounge] on steroids," quips O'Donnell, referencing his past venture on East Seventh. As for Eastside country dance hub the White Horse, the co-owner plans to reopen in the coming months. The team considers turning the parking lot into an outdoor patio, working on the math for seating arrangements.

The Sagebrush only allows 60 people inside, around 25% of the indoor capacity. Adding a new dimension to the entertainers' onstage role, O'Donnell says he encourages players to berate indoor dancers without masks on, a role shared with staff. Country kicker Jonathan Terrell opted for a stripped-down setup following a prior performance at the venue's grand opening.

"The first time, we played with the full band and people just started rocking out and dancing and ripping shots," he explains. "We're like, 'Okay, maybe it's a bit of our responsibility to be more chill so people don't just go crazy.' You don't want to police them, but I want to make sure nothing happens at Denis' venue. He's my friend."

"There's been plenty of offers, but we've only taken the ones where everybody feels comfortable," he says. "Our drummer has a baby due in November, so it's risk versus reward right now."

While Boone's and O'Donnell's spacious patios allow consistent programming, neither says it's covering costs for the venue yet. Low capacities limit both bar sales and door profits.

"It's allowed us to keep the lights on, because no one really knows about this funding and aid for music venues," says Boone.

When asked if weddings and small shows are a financial boost for ACL Live, Fischer responds, "Not really.

"With these concerts, it's just extremely hard when you're doing a 2,700-seat room for 300 people," she admits. "It's tough math. We're just keeping the brand alive 'til we can get back to full capacity. That's really our goal." 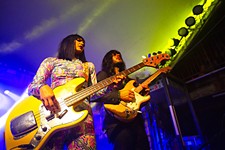