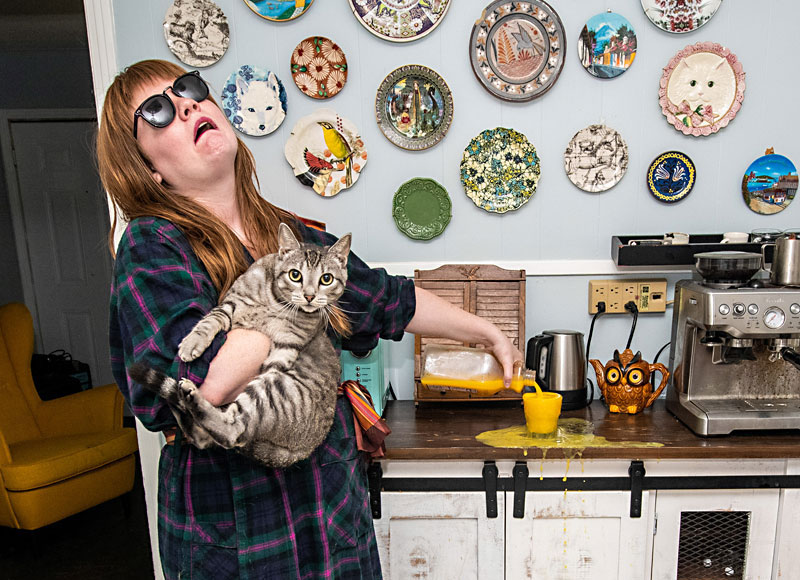 COVID-19 disrupted KUTX 98.9 beginning in March, after which the mainstay Austin music frequency slowly reintegrated live, in-studio hosts. On Monday, the NPR affiliate launched a new airtime schedule. Taylor Wallace makes the most prominent change by taking over the 6-9am weekday morning slot.

Beloved eccentric John Aielli famously held the drive-time slot with Eklektikos, a show spanning over 50 years. The 74-year-old ATX radio icon suffered a stroke this spring and chose not to return regularly. A station press release announced work "on new and interesting ways to bring his unique voice and perspective to KUTX."

Wallace introduced herself bright and early on the airwaves to begin this week.

"I will not try in any way to be John Aielli, because no one else can be John Aielli," she started. "I will say, though, we are going to have a lot of fun. If you're in your car right now driving to work, you're probably really upset ... so the only thing I can offer in the way of comfort is some good energy, good music, and just empathy."

The Young Rascals, Anderson Paak, and one of her all-time favorites, Beck, followed.

Solo curation by the hosts of hip-hop show The Breaks also join the KUTX mix, with Aaron "Fresh" Knight on Saturday mornings and Jared "Confucius Jones" Williams on Sunday afternoons. Wallace joined the staff six years ago and emerged as a young representative for the station at events like the Austin Music Awards with her genuinely enthusiastic and slightly goofy nature.

"[Program Director Matt Reilly] wanted someone new and younger," she adds. "It's exciting to be turning 30 like, 'Okay, this is where I'm going to be.'"

The Texan entered the station as an intern amid 2012 transitions: digitization of the catalog, a move into the Belo Center, and branching off from KUT on the newly approved 98.9FM frequency.

"I spent a summer sitting in an air-conditioned music library," she recalls. "It was so cool, floor-to-ceiling CDs, and we were encouraged to bring our laptops and rip anything we wanted."

Wallace loves libraries. Raised in the Dallas suburb of Midlothian with no internet and a strict 10pm teenage curfew, she often hung out at her local branch. After an intimate quarantine wedding, she hopes for a reception with husband Scott Riegel of local band Friday Boys at the Austin Central Library next year.

"Growing up, I didn't have a lot of ways to dig into new music," says Wallace. "My taste was pretty limited to what I would see on Fuse and read about in Alternative Press, but you can bet your ass I was a huge snob for what I did know. I was a 13-year-old with a personal collection of over 100 CDs."

She flunked out of UT while pursuing a biology degree with the responsible goal of medical school. She went on to excel at English at UT-San Antonio and moved back to Austin the day after graduation.

"I had to quit the internship but just never stopped thinking about it," says Wallace. "I had wanted to be a radio deejay since I was a little kid, but a consequence of having parents who are very young, they're like, 'You're not going to make the same mistakes we did and that includes your career.'"

As a Hot Topic employee at the Barton Creek Mall, she reached out to her old boss Susan Castle. A position opened as Aielli's producer, a job that included an overnight Saturday air shift. She played 17 minutes of the Velvet Underground's "Sister Ray" so she could run across the street to catch Magic Rockers of Texas at Hole in the Wall during one shift.

Two years ago, the station hired her full time and gave her voting power on music selection and rotation.

"The first thing I was assertive about was that we needed more hip-hop," she says. "Before I came into the music meetings, we didn't have anyone in there under 30. So, it was nice to 'youth-anize' – pun intended – and it was also welcomed."

Whereas Wallace may not pull Gregorian chants in Aielli's style, she does hope to share her wide-ranging interests with morning listeners. She plans for daily themes, like music from Texas cities or a specific country. She's already checked out a book on French yé-yé. "It'll basically be me being my nerdy self," she explains. "It's an incentive to keep learning, and a place to showcase that." 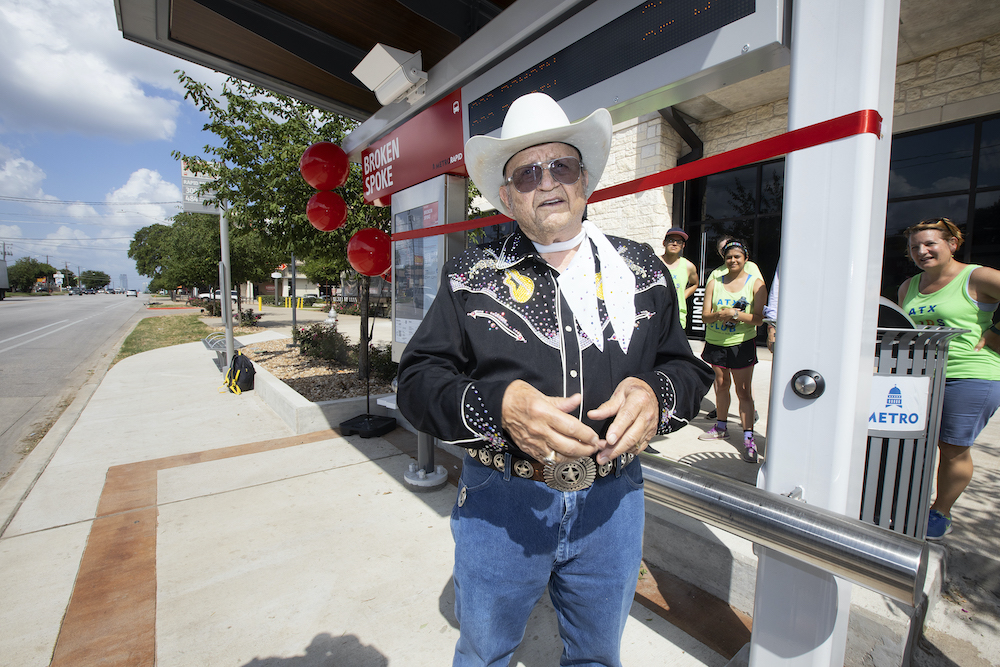 James White speaks at the 2019 ribbon cutting for the bus stop in front of the Broken Spoke. (Photo by Jana Birchum)

Broken Spoken Rally for the Save Our Stages Act

Last Thursday, onstage at legendary Austin honky-tonk the Broken Spoke, Congressman Roger Williams joined local venue advocates in support of the Save Our Stages Act. The National Independent Venue Association has championed the effort and predicts 90% of music clubs will close due to COVID-19, a trend already sweeping Austin with the shutter of Barracuda, Scratchouse, Plush, Shady Grove, Threadgill's, and others. North Door and One-2-One Bar both announced closure recently.

Williams (R-Austin) emphasized the bill's bipartisan nature, with 37 co-sponsors in the U.S. Senate.

"The $10 billion program allows recipients to pay for necessary things like utilities, rent, PPE, and maintenance," he said. "It's vital these venues have a flow of capital during this time when they are shut down."

"These businesses, especially locally owned, independent, small-to-midsize venues, are not just cultural institutions," he said. "These are economic drivers of our communities ... I don't think you're attracting Google and Oracle and Facebook to move their headquarters here if you don't have places like the Broken Spoke, Mohawk, and all the other venues in the Red River Cultural District.

"Save Our Stages is the only thing that addresses the long-term needs of venues. I can't emphasize it enough. We have overhead costs that far surpass any kind of grants that have taken place thus far for our businesses." 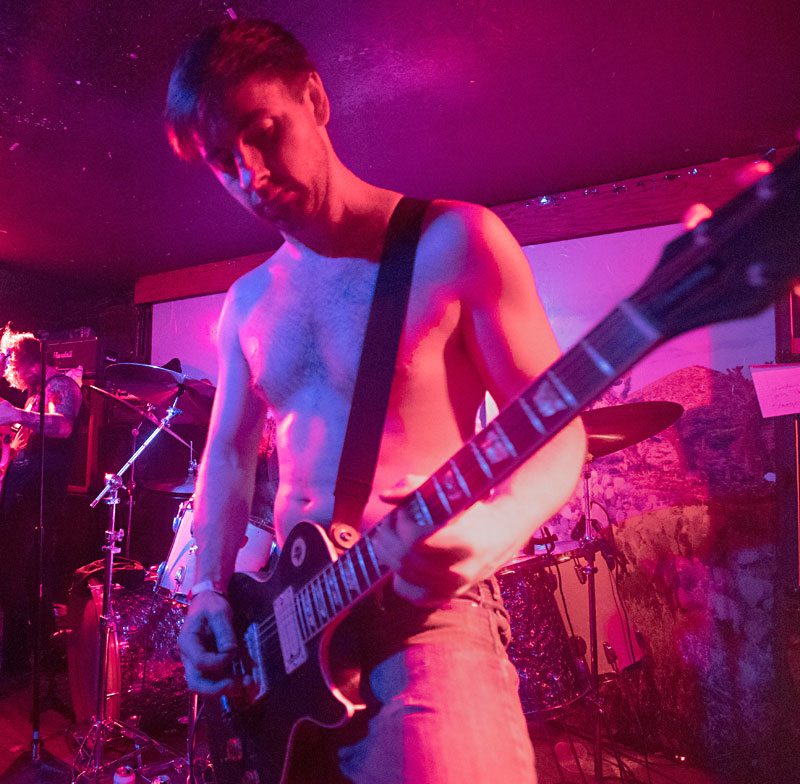 "That's just completely inherent to what we've always done, which is pay little to no attention to our connection to anything outside of our world, whether it's what a label or our audience would want or expect," said Allison, who served as the band's chief composer. "We were always just wholly compelled by our own vision of what we needed to put out there."

The guitarist described Dallas thrash breakouts Power Trip as "younger brothers to us, and have been since they started." Metal fans are still reeling from the recent passing of PT bandleader Riley Gale, 34.