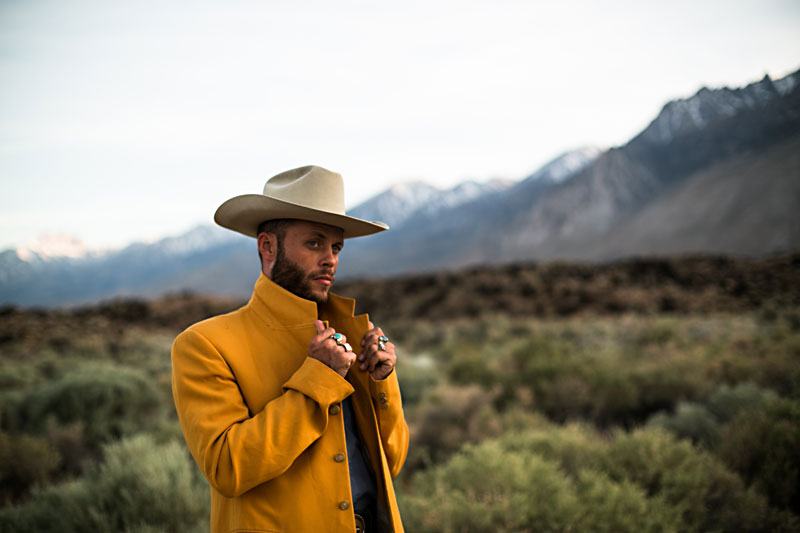 "Welcome to hard times and feeling low," croons ol' Charley Crockett to start his album of the same greeting. Washtub bass, rain drop keys, and an old nag tempo nudge Austin's Gulf & Western soulman through another trademark vocal. The South Texan sings like a summer wind rustling through the pecan and sycamore trees.

And yet, this ain't no cry-in-your-pandemic country moper. Despite the title track's Sin City roll ("life's a casino... the dice are loaded and everything's fixed"), Welcome to Hard Times kicks the clear-eyed realism of its genre's classic timelessness rather than ticking off signposts of badlands futurism. These 13 hot August tracks finally count as a proper follow-up to 2018 lock, stock, and barrel breakout Lonesome as a Shadow. 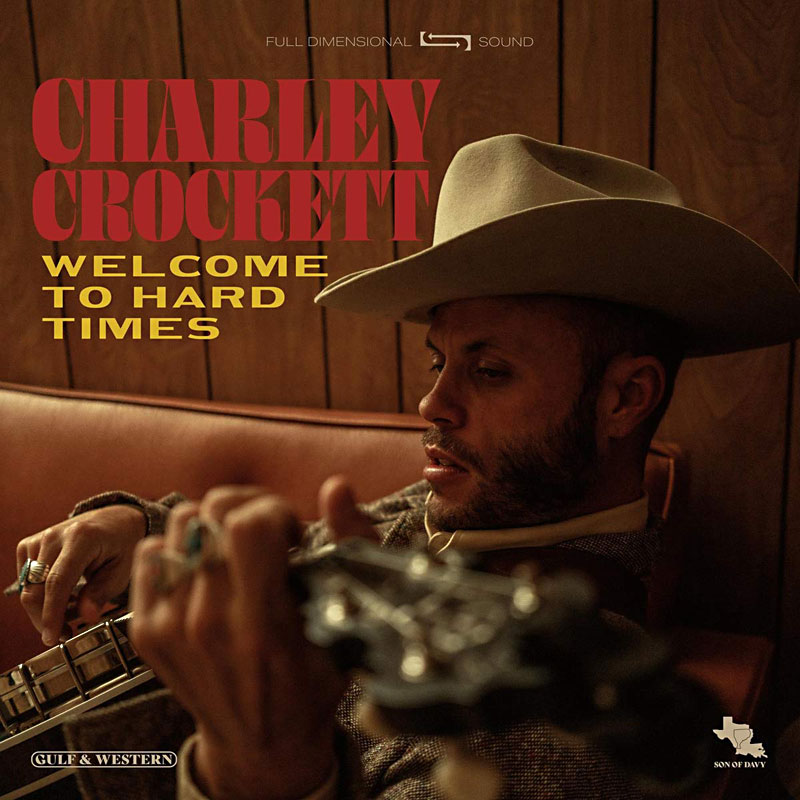 "Clipping his consonants and flaaattening his vowels, South Texas scarecrow Charley Crockett's constant tickle of the ear gives Lonesome as a Shadow a thrilling weightlessness," opined the Chronicle. That same year, Luke the Drifter-like covers LP Lil G.L.'s Blue Bonanza encored: "I think there's an over-emphasis on original material," Crockett told Doug Freeman in a 2018 cover story. For 2019's The Valley, we wrote: "A week before open-heart surgery, 35-year-old Texas troubadour Charley Crockett entered the studio to record a sketching of his hardscrabble life story." Viral offload Field Recordings, Vol. 1 this spring "offers another side to the ever-soulful troubadour, road-worn tunes as Dust Bowl as they are honky-tonk."

Alongside Lonesome as a Shadow, here comes Welcome to Hard Times wafting in on a faraway voice about a moment, a feeling, a life – yours, mine, ours – that exists in the ample spaces between singing and musical accompaniment.

A spaghetti Western snap to "Run Horse Run" chugs down the tracks on steel guitar and organ astride the bandleader's vocal giddy-up. His fainting ballads – "Don't Cry" and "Heads You Win" – pull like the moon. Even at a trot ("Fool Somebody Else"), a deep déjà vu coats all. Simple, analog, and balmy, it's a ripe sound, stripped but subtly ripped.

Holler music, as in mountainsides the originators hailed from ("Lily My Dear"), commingles with infinite song catchphrases ("Raining in My Heart"). Then there’s the strange fruit hanging from album closer "The Poplar Tree," the album’s most powerful moment delivered with an equally devastating lilt. Welcome to Hard Times leavens hard realities with silken melodies.

"I'm leaning heavily on that tragic Sixties George Jones material," wrote Crockett while checking in with us last week. "Possum sure knew how to make you feel good about feeling bad for yourself. [I'm also listening to] short-haired Willie Nelson all day, Ray Charles all night. Loretta Lynn always. Lightnin' Hopkins seemed to sing exclusively about the apocalypse!" – Raoul Hernandez

...And You Will Know Us by the Trail of Dead Livestream Triptych

A 2020 tour for Trail of Dead's 10th studio album, January's X: The Godless Void and Other Stories, to coincide with the Austinites' silver anniversary (25) was canceled because of COVID-19 and now prompts a trio of livestream performances. This Friday's comes with exclusive merchandise and 20% of sales going to venues the group was scheduled to play, while the third broadcast (Aug. 14) offers 20% of revenue going to the Coalition of Independent Music Stores. Anticipate material from Godless Void, which incorporates the drill-bit aggression of 1999 debut Madonna and floating epics of Source Tags and Codes (2002). Fitting to the world as we now know it, the new album detonates crackling distortion fit for end times. – Alejandra Ramirez

Shakey Graves kept busy the past few months, outfitting his new studio Hello Gorgeous, holding charity auctions of old equipment (including one of his original suitcase kickdrums), and lighting up livestreams like Willie's Picnic. He also dropped his mellow, psych-tripped new EP Look Alive. Teaming up with local promoter Margin Walker and the Texas Lottery, the ATX native haunts the Enchanted Springs Ranch ghost town in Boerne for a unique performance. The stream is free, while VIP upgrades offer bonus footage. – Doug Freeman 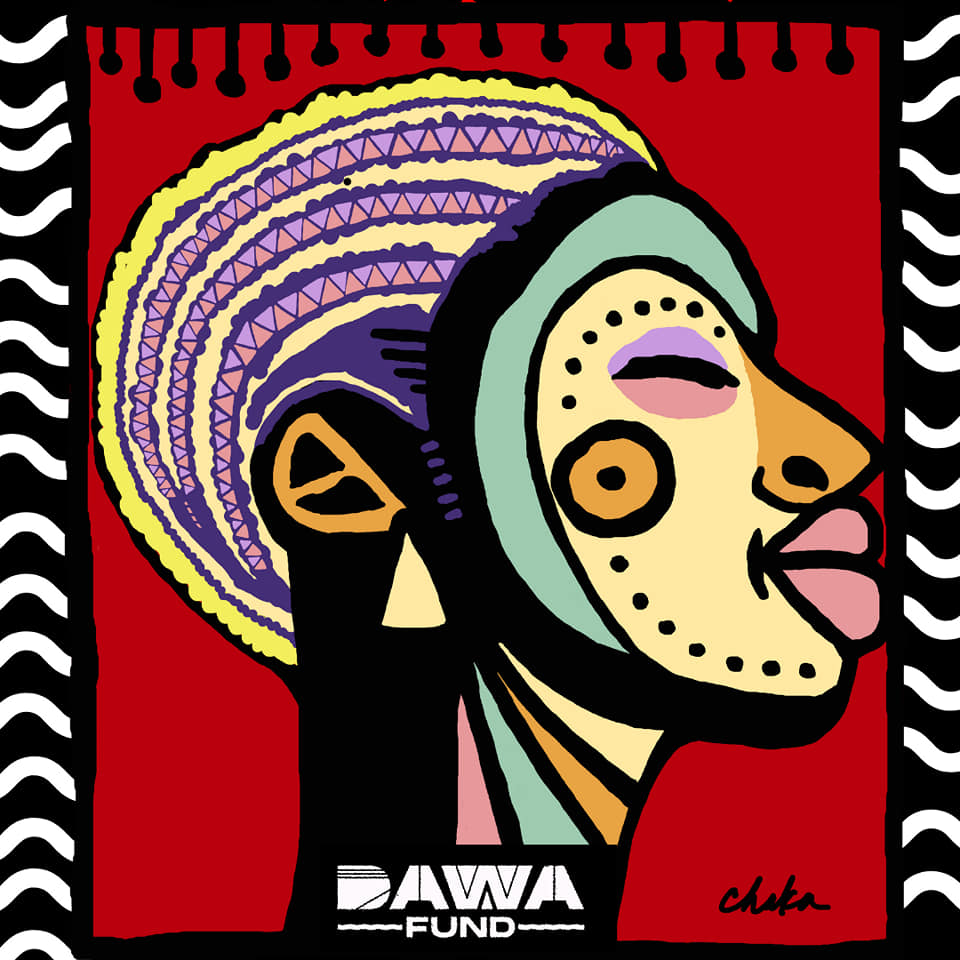 Shows on hold, Pleasure Venom delivers turbulent, tightly wound punk in a new live session. Filmed in manager Lars Wolfshield's backyard, the clip packs quick-witted guitar climbs and double exposure under the blaring Texas sun. Two new songs debut off an in-the-works LP bow, as well as a refreshed lineup. Guitarist Chase Dungan and bassist Joel Coronado join the core duo of vocalist Audrey Campbell and drummer Thomas Valles. The frontwoman recently told Alternative Press she felt overwhelmed when former members moved on after last year's UK tour: "[I] almost took a hiatus, but I got dope advice from Shirley Manson: 'The musicians who succeed at this never quit, ever.' That resonated with me and kept me moving forward." – Rachel Rascoe

White Denim lives in the studio, but COVID-19 raised the stakes. The band's ninth LP began as a quarantine challenge: to write, record, and ship a full-length album in 30 days. As such, World as a Waiting Room captures a specific moment in the coronavirus news cycle, bottling the stir-crazed anxiety of the initial lockdown ("Go Numb") before George Floyd's murder cracked open our collective psyche. Opening standout "I Don't Understand Rock & Roll" beckons for the stage even as it grapples with the music industry's new reality, while "Slow Death" and "Matter of Matter" can slide into any of the band's trademark medleys. Over a revamped Bo Diddley beat, "Eagle Wings" imagines a stay-at-home order gone awry. "Our American dreams are a pyramid scheme," offers singer-guitarist James Petralli. "We think we're essential, but we don't mean a thing." As the relentless, kaleidoscopic drive of "Work" makes clear, White Denim's situated for these times, and World as a Waiting Room far exceeds its circumstances. – Austin Powell

The North Texas session superstars tumble into their second album, Floor It!!!, courtesy of New West Records, unloading a characteristic blunderbuss of woozy playfulness, funky grooves, and epic, Seventies-style ballads. Call it country prog, as Daniel Creamer's punched piano and Nik Lee's guitar push the quintet even more toward the Band's adventurousness cut with a Leon Russell mania. The Gentlemen never take themselves too seriously, but their indisputably tight talent allows for endlessly provocative turns and a stylistic cavalcade. Bonus points for the LP gatefold unfolding into a dice-tossing, drink-doused board (bored?) game. – Doug Freeman

Tyler Tillotson adorns so many designer materials he's seemingly turned into an amphibian with gills. Or at least that's what he says. The experimental Austin MC follows up his March collaborative project with producer Romeo Sanchez by dropping a two-song pack. Things Are Changing, Fast leaves off the Travis Scott-indebted sounds sometimes heard previously. Apt nickname for Tillotson, "Margiela Baby" features booming bass with an uncharacteristically aggressive flow and a sprinkle of South Floridian flavor. "Blue (Change)" flows closer to Tvlormvde's natural habitat as he employs Auto-Tune to invite a woman to his side of life, a dark realm where he's seen "light beams since he was 2." – Derek Udensi

Cam the Tstmkr Presents "The Intro"

As Cam the Tstmkr, Cameron Turney aims for global domination by fusing creatives together in an intersectional web of mutual benefits from Austin's city limits outward. Produced by Kevin Graham, "The Intro" is part manifesto and part song, but all aspiration, featuring rapper Mogli the Iceburg. "I'm taking a DJ Khaled role, but also an entrepreneurial one like how Uber doesn't own cars and Airbnb doesn't own homes," explains Turney. "I want to start a music ecosystem that doesn't own artists." – Kahron Spearman

Apt for quarantine, Annabelle Chairlegs' newest song deals with the dreariness of distancing and isolation. "If you're gonna go outside, should I warn you?" opens bandleader Lindsey Mackin in a Creamsicle-colored video for "Outside," matching a pleasantly lulling wash of reverb and languid vocals. As a pantsuited space cadet, the singer ventures through surreal landscapes under local artist Vanessa Pla's direction. Riding the local quartet's trademark blend of bluesy psychedelia, the laid-back track previews a long-awaited follow-up to 2015 debut Watermelon Summer. Hazy second LP Gotta Be in Love lands on vinyl Sept. 1, captured at Cacophony Recorders. – Rachel Rascoe