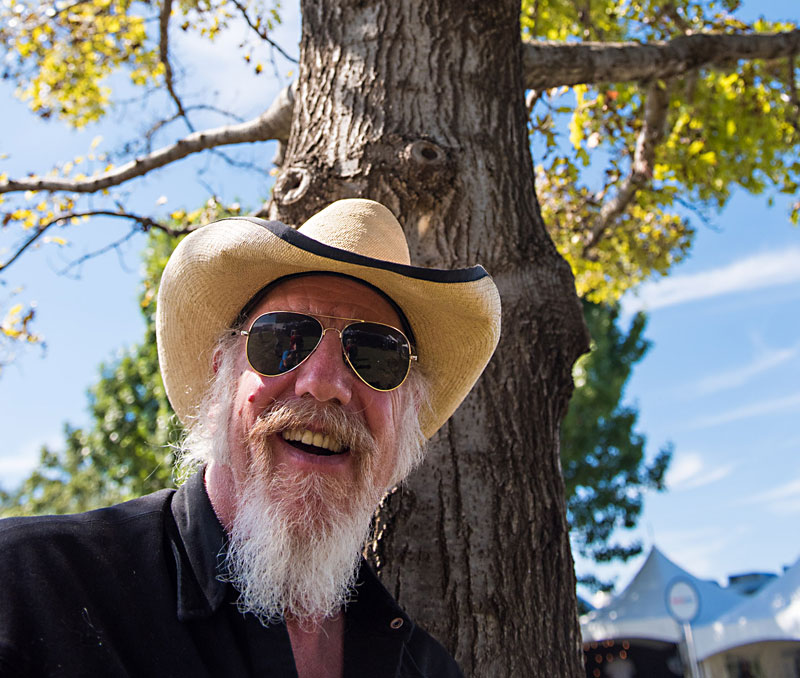 Asleep at the Wheel's At Home Dance

Asleep at the Wheel kicked off its 50th year with stadium dates opening for Lone Star dignitary George Strait. On the horizon: recording a new album, leader Ray Benson's annual birthday concert during South by Southwest, loads of touring, and a star-studded, two-day blowout at the Long Center in October celebrating the Austinites' golden anniversary.

The coronavirus' path of destruction through the concert industry wiped clean the Western swing vet's schedule. Then, Benson contracted COVID-19 in late March.

"I was dizzy, nauseous, and deadbeat tired," he reports. "It took 12 days before I was well enough to function. I'd lost 35 pounds. My right hamstring was so messed up I couldn't bend over."

As the pandemic continues, Benson & Co. adapts to the virtual concert experience, having produced Ray's Birthday Bash online and made appearances on Luck Reunion's 'Til Further Notice, fundraiser A Night for Austin, and Willie Nelson's 4th of July Picnic. On Saturday, they'll livestream from an outside stage at the Starlight Ranch. If your dance card's full that night, viewers can purchase it on-demand afterward, with Zoom meet-and-greets available.

"When we decided to do something online, I said, 'Well, let's have 'em dance,'" Benson explains. "We're gonna play dance music. You can push back the furniture, roll up the rug, and have a dance with your wife, girlfriend, or significant other. Some of the songs you can dance to and some of the songs you can smoke a joint, drink a beer, whatever." – Kevin Curtin

For the complete Q&A visit austinchronicle.com/daily/music.

The Chicks' first album in 14 years hazarded through ex-husband legal injunctions, pandemic delays, and a meaningful name change, yet the Texas trio reemerges at an ideal moment. Lead singles "March March" and the title track set up Gaslighter as a defiant and biting statement – personally, politically, professionally. The full dozen-song cycle, however, reveals a heartbreaking disc: Bitter and beautiful frontwoman Natalie Maines works through marital disillusion. "Gaslighter" torches first, powerhouse producer Jack Antonoff (Taylor Swift, Lorde) bottling anger into a pop uppercut, while the banjo and martial percussion of "Sleep at Night" swells into an anthemic chorus. Kiss-offs like "Tights on My Boat" balance against ballads ("Everybody Loves You"), tender pleas ("Young Man," to her son), and the mature declaration of "Texas Man," with St. Vincent adding guitar licks. "Set Me Free" crumbles and rises to an emotional close. Above all, Gaslighter validates feelings of anger, desire, hurt, determination, and hope. – Doug Freeman

FTP reworks Austin musician/multimedia artist Mobley's "internal monologue of a powerful scumbag" ("Nobody's Favourite") and transforms it into a "dance-punk number." Foster's Isom Innis explained the cover by looking to the past: "[Pioneering dance DJ] Larry Levan has really inspired me. With Mobley's track, I was chasing a more archaic, sequence-based approach using the Arp 2600, Roland 707 drums, and trying to make the bassline that could have bumped at [legendary Manhattan club] Paradise Garage." Mobley: "I've been a fan of Foster since I heard them. When I found out they were interested in reworking 'Nobody's Favourite,' I was thrilled. They leaned into the dance aspect and got intricate with the rhythmic interplay. I love it, and I can't wait for people to hear it." – Kahron Spearman

Austin's Black Pumas continue making excellent use of their pandemic stoppage. The Electric Deluxe Sessions dishes an Amazon Music exclusive of four singles reinterpretations and a grade-A cover of a cover. Assisted by the Soul Supporters, Angela Randle Miller and Lauren Cervantes, "Colors" is given a down-home bluesy treatment, sandwiched between a Temptations-influenced intro and a cheeky breakdown featuring Les DeMerle's "A Day in the Life," most famously used in rapper O.C.'s 1994 hip-hop classic "Time's Up." Eric Burton goes understated and poignant for a rousing take of "Wichita Lineman." Says singer Burton about the choice: "I thought it would be a great opportunity to shed some light on the music that has driven me to make the best songwriting choices I can and connect with the Pumas while we've been quarantined." – Kahron Spearman

Markeyvious King wants to add a new definition to "rock star" outside the tropes of greasy mohawks and guitars. "You gotta go hard every day, live life with no regrets," the Mississippi-made, Austin-based artist posted on Instagram. "No matter what the outcome may be, know you rocked out." On Rockstar, the MC known as Tylrboi starkly deviates from his Valentine's Day (For Her Ears Only) EP, on which he drowned his sorrow in Auto-Tune and leaned into madly-in-love R&B that went as far as interpolating Justin Timberlake's "Cry Me a River." This 29-minute mixtape features melodic rap over solid beats knocking 808s with acoustic and piano backdrops. Quin NFN and Dooley Da Don deliver cameos. – Derek Udensi

Astrokeyy glides amongst clouds of pungent smoke high above, pausing only to provide brief looks into his mind by way of rhyme. Houston-hatched, Austin-staked rapper Kilontti Crisp remains trill on At Ease, Vol. 2. The 8-track project follows the first edition in January, with "Keyy" incorporating a chill flow instead of implementing a chopped and screwed style. The saucy 27-year-old makes his aspirations clear: He's committed to getting money and remaining authentic all the way. Some puffs of good ganja certainly help ease stress, too. Features include Northeast Austin's CP Loony dropping a hook-verse two piece ("Underworld") detailing an inescapable attachment to the streets, and Ghostboy Jay$ee. – Derek Udensi Breakaway Records co-crater Gabe Vaughn has issues, all right. YOU try reopening a vinyl thumb-through in a pandemic. Naturally, then, the bear-sized proprietor put out his solo debut in an era when curbside service saves lives. From 1996-2005 live sets as varied as Sixth Street, a SXSW house show, and one evening at lost Austin DJ/producer haven the Empanada Parlour ("performances with drum machines, noise makers, my sampler, and a slide projector," texts the sound designer), Gabe Has Issues endtroduces pre- and post-millennial angst, ennui, and dub. Think North Loop chillwave and overactive brainiac function. Strings as burrowing as Górecki and a Jim Jarmusch sample on second track "The Brown Whornet Remix" sets in the hooks, then cues up the audio GIFs ("Boring"), woke refractions ("News Break"), and millennial jitters ("Marklar"). First side centerpiece "Nervous Twitch, Pt. 1 & 2" lulls like Max Richter, a piano figure over a percussive jazz fill riding straight into sleep until it upticks somewhere between 45 and 78 rpm and now you're dreaming Run Lola Run. The flipside beats long and bomp enough to call for the deluxe edition's bonus cassette, Le Thump. – Raoul Hernandez

The Midgetmen: It Is Now Recursive