Big Orange and Cacophony engineers relocate as recording industry tiptoes back into the studio. 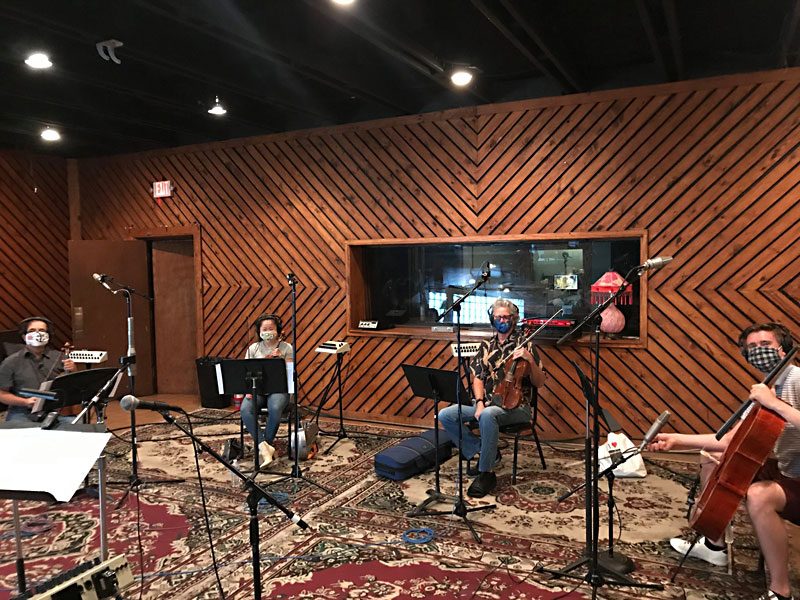 Composer John Mills posted May 31: "With some trepidation and plenty of social distance, I just came out of hiatus to arrange and conduct three new string arrangements for Kirk Covington at Arlyn Studios, with André Moran engineering. The tracks were outstanding, and everyone was charged up about working again, somehow." Shown l-r: Javier Chaparro, Grace Youn, Bruce Williams, Jonathan Carbin. (Photo by John Mills)

Alongside national outcry over the survival of music venues during the COVID-19 pandemic, another sector of the entertainment industry largely dependent on indoor gatherings is forced to adjust. Local recording studios face tough safety considerations under the current viral surge in Texas, as well as a steep drop in business from their primary customer base – musicians. While engineers tentatively reintroduce downsized sessions, others relocate in tandem with Austin's encroaching developments.

After four years at the East Central Storage facility on East Fifth Street, Matt Oliver and Stuart Sikes of sound haven Big Orange vacated last month following the sudden drop in business. The two had planned to ride out a year lease at the complex, which alerted tenants last fall that the lot's for sale. Big Orange began in 2004 across from Scoot Inn.

"It made sense for a million reasons, mostly the pandemic, to get out," says Grammy-winning producer Sikes (White Stripes, Cat Power, locals Sweet Spirit). "We couldn't afford to be there anymore."

In the off months, Sikes and his wife converted the garage behind their Windsor Park home into a new studio. He hasn't recorded there yet, but says he'll start out with trusted regular clients – a sentiment echoed by most engineers interviewed by the Chronicle.

"I mostly record bands, so I like bands to play together," he affirms. "There's nothing more in the world that I would rather do than record bands. It has been really, really difficult to not do that. It fucks with your psyche." 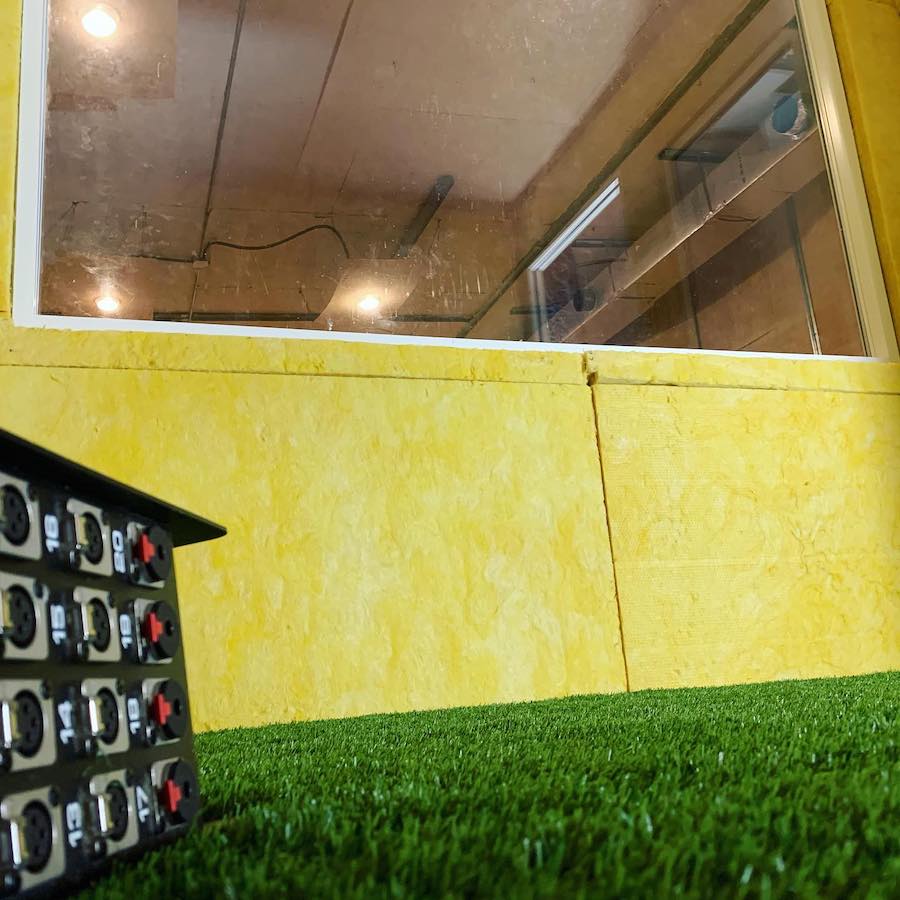 Last month, Cacophony Recorders owner Erik Wofford finally moved out of his Eastside studio after almost 18 years. In 2016, the Chronicle reported Wofford's landlords on Red Bluff Road actually supported his cultural contributions, including albums by Explosions in the Sky and Bill Callahan. The go-to local audiophile ultimately set his sights on building a studio behind his own family home to avoid incoming construction.

"It's not like they forced me out, but they only offered a month-to-month lease," says Wofford, who recently wrapped construction of his new space. "That's real scary when you're operating a business. There were plans for the building that did not include keeping me in it, once they redeveloped everything."

Wofford sold his old isolation booth to Justin Douglas of King Electric Recording, who plans to record duos with it. Formerly of Shine Studio, the engineer's experience stretches from Celine Dion to locals like Abram Shook. He hopes to have one musician perform in the large live room with another in the booth, himself walled-off in the control room.

"That's kind of the extent of what I'm comfortable with right now," explains the frequent Ray Bonneville producer. "Every week or two, someone requests bringing a band in and it's like, 'No, it just doesn't sound safe.' It's just such a weird limbo to be in."

With few in-person sessions so far, mixing and mastering work sustain his business.

"I'm pretty lucky in that regard, but there's only so many completed records that are going to get farmed out for mixing," he offers. "If [new] stuff's not getting recorded, eventually that's going to dry up as well. It's hard to see long term."

Multiple studios said mixing work spiked around April at the beginning of shelter-in-place, when many musicians wanted to wrap up projects. Local studio wiz Terrany Johnson, aka rapper Tee Double, reports an increase in requests in said line of work. He's been able to produce and mix tracks while avoiding visitors to his home synth lab, Teetopia Studios.

"People have asked me to come over here and record, and it's just too risky for me at this moment," says Johnson, who faces an increased risk of COVID-19 due to experiences with kidney failure. "When they're recording at home, I give them advice, so it's less headache for me later on. I can tell them, 'Hey, order this mic, face the wall, put your mattress this way, or maybe take the cushions off your couch and set up a little vocal booth.'"

Some Austin hubs reintroduced live sessions with written guidelines for COVID-19 safety. Same Sky Productions owner David Messier recently landed in Billboard for his studio's adjustments, including basics like facial coverings, as well as UV light disinfection, which the studio used previously. Messier shared his ideas with the Recording Academy's vaunted Producers & Engineers Wing, which expanded them into a list of safety measures in collaboration with recording houses nationwide.

The document recommends musicians bring their own headphones and microphone pop filters. It states that six feet equals the length of two guitars. Spoon drummer Jim Eno created guidelines for his celebrated Public Hi-Fi studio, which guarantees a two-day grace period between recording projects in the space.

It also specifically asks that "artists self-quarantine from contact with those outside their predesignated pod for 10 days, if possible" and suggests they take daily temperature and oximeter readings to look out for symptoms. 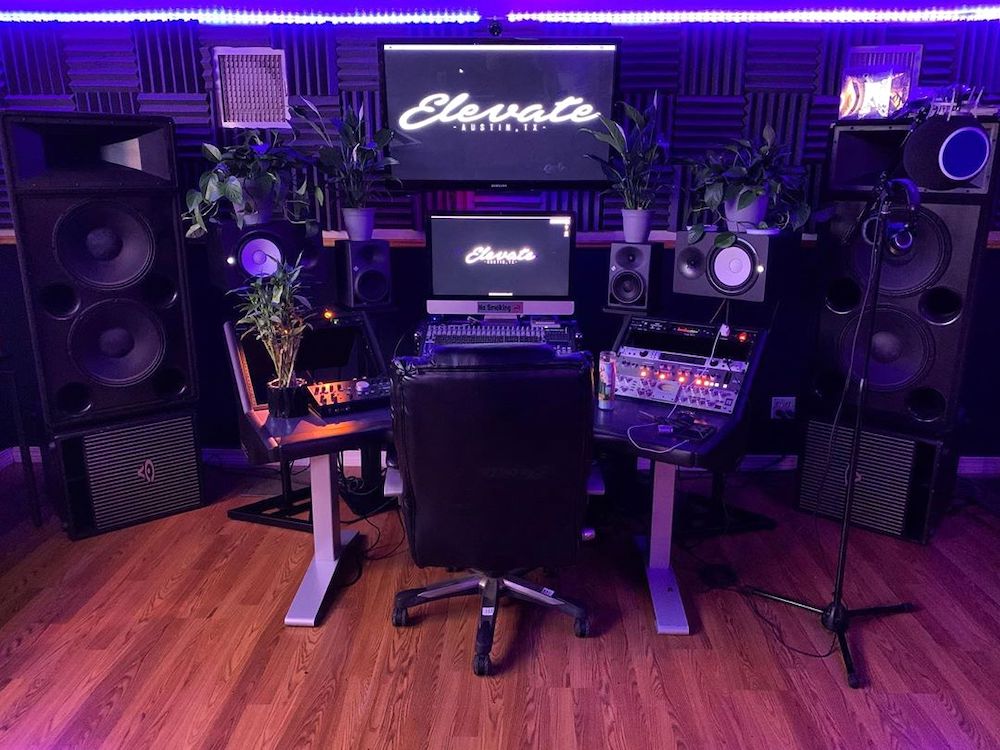 Of course, best practices largely depend on the setup of the studio. Christian Herrera co-owns Elevate Recording Studio, which caters to Austin's hip-hop scene out of two mood-lit rooms at Music Lab. (See Quin NFN's viral 2018 video for "Talkin' My Shit" for a peep inside.) Since the South Austin rehearsal complex reopened on May 1, the producer – who goes by the Mask – implemented a strict "no posse rule" during sessions. The single room only allows for some three individuals at a time to maintain distancing.

"The people that are in the room are there working, and that's it. You're not there to lollygag," explains Herrera. "But sometimes artists rely on their posse to turn up, and they want the energy and instantaneous feedback from friends. So the vibe is different when it's just them and the engineer. Everything has been minimized."

"We've had to be a little more imaginative in the things we're doing," says the studio head. "You don't ever want to have that space just sitting there. It's good to have that energy coming through. We have something planned with Black Pumas, so there are certainly some silver linings – as long as it doesn't take too much longer." 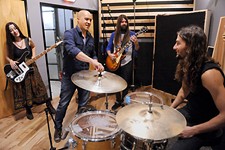 Playback: The Future of Austin Recording Studios
Studio owners look at different solutions to surviving in an increasingly expensive city