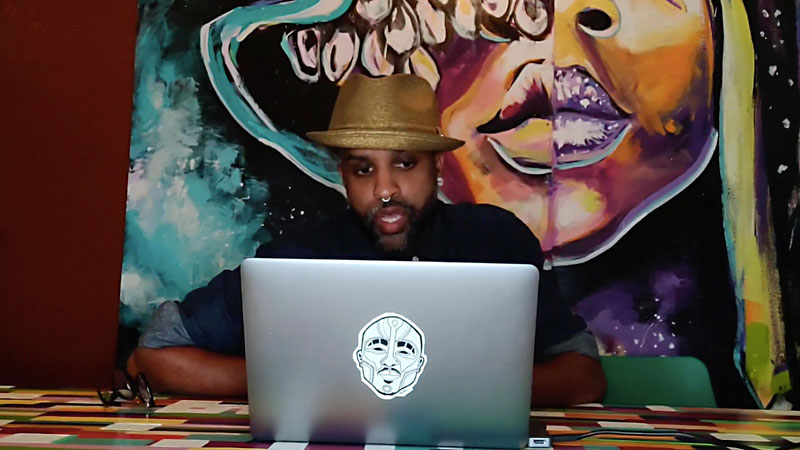 Like institutions across the country, the Austin Music Commission grappled with how to address systemic racism at a Monday meeting. Following nationwide rallies for Black Lives Matter, Commission Vice Chair Jonathan "Chaka" Mahone of Riders Against the Storm suggested utilizing half of the hotel occupancy tax-generated Live Music Fund for a Black Live Music Fund in an impassioned social media post. He serves on the LMF working group.

"Stand with me, and call for reinvestment in Black musicianship via a Black Live Music Fund so that we can take back some of what has literally been stolen for generations," said Mahone at the June 11 working group meeting. "The time is now. If we aren't talking about financial investment, we literally aren't talking at all."

"[Local] opportunities for musicians will have several white bands and a single Black artist competing for some kind of exposure or experience," said the latter. "But how many Black musicians were competing for that one space? This is why we need a Black Live Music Fund, because the only time there's space for all of us is when we create it."

Funding remains an issue for LMF, originally predicted to accrue $3.5 million annually from HOT monies before COVID-19 essentially killed tourism. Commissioners plan to meet with Margie Reese, an arts consultant for the city, who suggested goals need to be clarified before moving forward with the fund.

"You're at a wonderful crossroads where you can stop and take some action," said Reese. "Establishing a fund is not going to resolve and erase all those inequities that happened in the past, but perhaps going forward, you can advance some investments in the group of musicians that you're looking to work with."

Harold McMillan, founder of DiverseArts, asked the commission to support plans for a "music-centric, multi-arts hub" on the East 11th block that includes Victory Grill and his Kenny Dorham's Backyard.

"[We want to] build a facility that would last 100 years and pays tribute to where blues and jazz was born in Austin," explained McMillan. "As much as I would like to have these conversations about art and culture, the only reason we're having this discussion right now is because of historic and systematic institutional racism in Austin."

The Music Commission voted to form a "systemic racism" working group focused on both a cultural heritage district and Black Live Music Fund. The action suggests funds to support Black artists and industry will likely come from a different source than the established LMF. Mahone supported the establishment of a separate group. 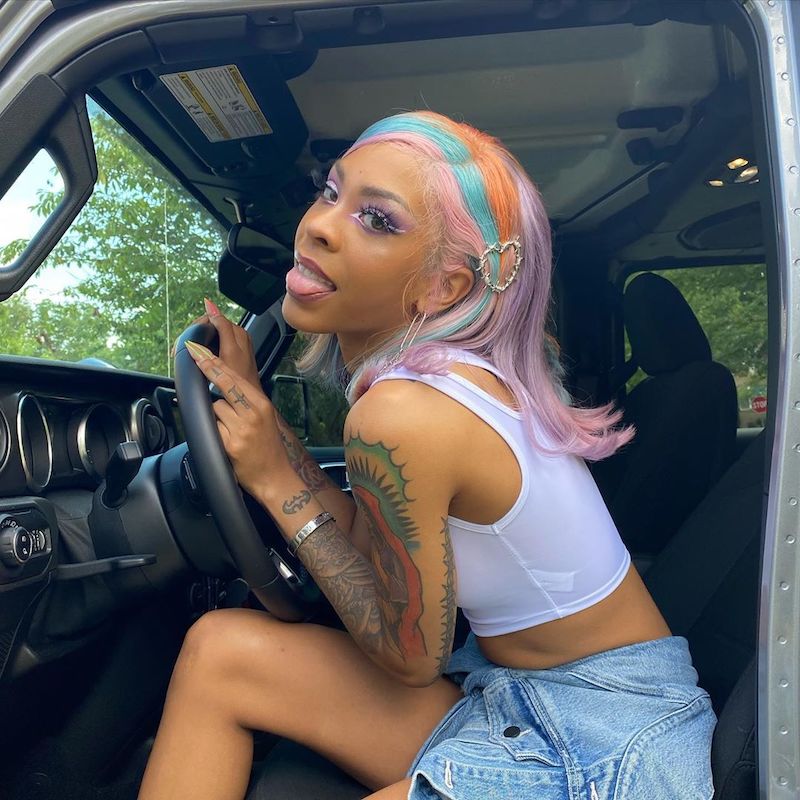 "I adjusted the colors to suit her – including those lavenders and peachy oranges," says the 22-year-old Thomas, immersed in the local scene with boyfriend Kenny Casanova of Pnthn. "That's the point of it all, for my voice and your voice to play a big part in getting this bomb style for yourself. That's possible for everybody."

Thomas, who works out of a small private space, recently began fundraising to launch her own salon. Her GoFundMe for "a Black-owned salon where you feel safe and welcome" reached nearly half of its $15,000 goal. She plans to hire a diverse group of stylists to combat the discrimination she faced at local salons after finishing school earlier this year.

"I try to make it very obvious that I'm here for people that look like me," adds Thomas. "I don't feel like there's enough professional representation of Black women and Black trans women getting their hair done. All of the support I've received has really made me feel like Austin needs this."

The Broken Spoke suffered a broken wall last week when burglars slammed a truck into the front of the building, stealing an outdoor ATM machine. Owner James White says the burglary happened early Tuesday morning and caused thousands of dollars in damage to the historic honky-tonk. Security cameras caught the license plate, which investigators told him belonged to a stolen vehicle used to break into other ATMs that day.

Daughter Ginny White-Peacock launched a GoFundMe, which already reached more than double its original goal of $6,000. Friends rallied to repair the 55-year-old establishment, which reinstituted live music in May before Texas' recent closure of all bars due to COVID-19.

"I felt like I got kicked when I'm down," says White over the phone, while checking on his cows west of Austin. "Even closed up, it costs me $20,000 a month for the building just to sit there. Insurance, my lease – it all goes on. Nobody has said, 'Hey, I'll give you a break, don't pay this month.' We've had waves in our business, but it's almost impossible to fight this virus."

Adding to the drama, social media accounts emerged using Stockbauer's name and terms like "MAGA" and "mask free," while linking to the TABC complaint page. The fake accounts hark back to Stockbauer's ownership of the Longbranch Inn. In 2014, Stockbauer blamed a widely condemned tweet using a racial slur, made from the bar's account, on the brother of bar manager Kevin Crutchfield, unidentified at the time. Stockbauer now names the individual as New York-based Trace Crutchfield, who he says he's suing for defamation. 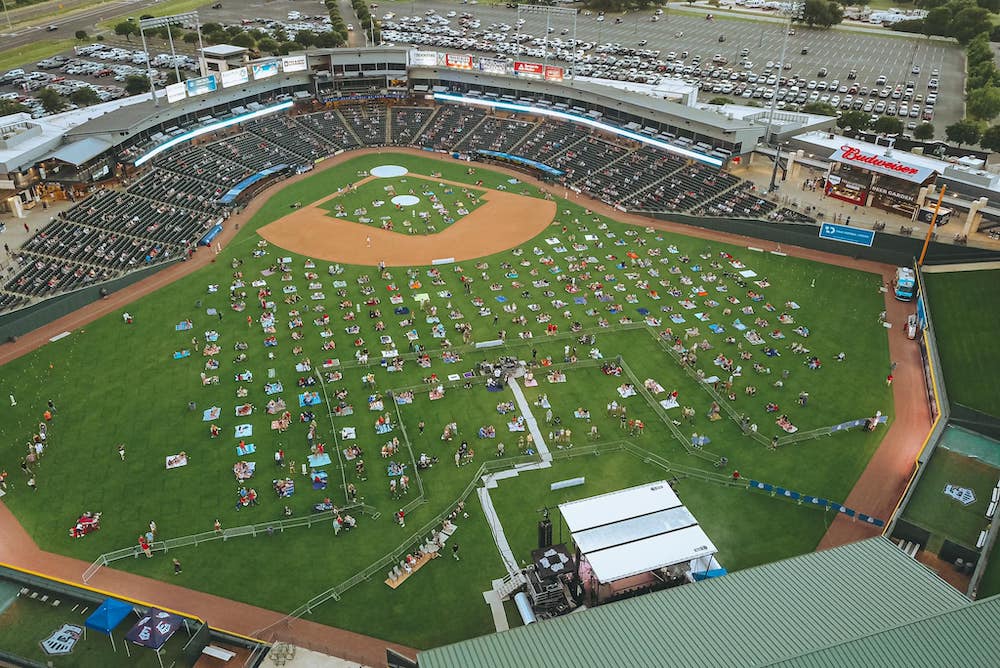 Fans in the Outfield

Round Rock Express hosted a Fourth of July concert featuring country singer Granger Smith. Fans sat on the Dell Diamond field in marked 6-foot squares with 6-foot clearance on all sides, as well as stadium seats. The ballpark, limited to 25% capacity, implemented one-way traffic in walkways and bathrooms and required masks when patrons were not seated.

Afterward, Granger wrote: "I am so proud of the extensive planning that could become a blueprint for many more across the country for all genres." 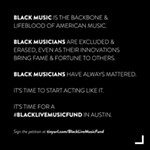