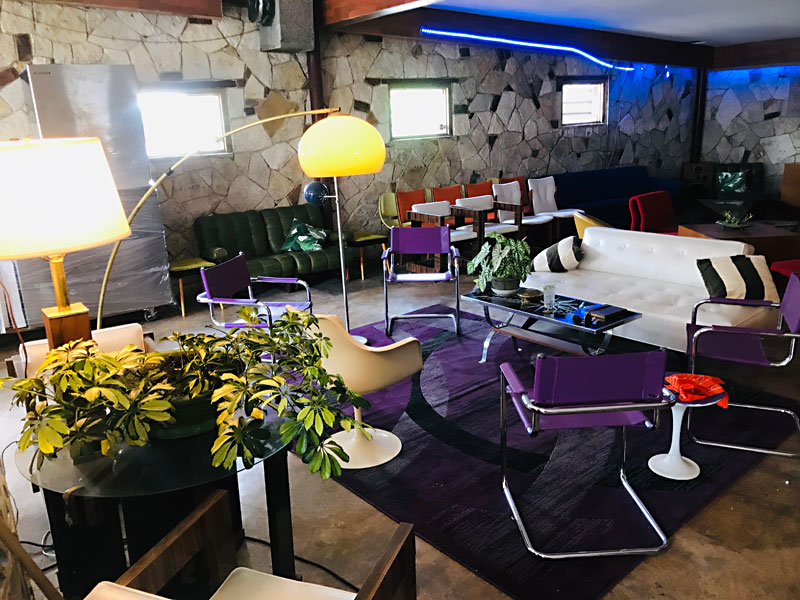 Stockbauer formerly co-owned Longbranch Inn from 2001 to 2016 and the Scoot Inn from 2006 to 2012, both with business partner Kevin "Kumbala" Crutchfield. He also counted as part of the group that opened upscale barbecue restaurant Freedmen's. Stockbauer is sole owner of Birdie Num Nums, where girlfriend Amber Ables will act as general manager.

"I'm really just a steward of these old places," says Stockbauer, who's already put in months of cleaning and renovations at the 1936 building. "I fix them up and pass them on. I want to keep part of old Austin. That's my whole mantra."

As for music, he'll eventually book acts on the outdoor stage, although not to the extent of the venue's former life. He removed the indoor corner stage, but says he plans to host South by Southwest events. Stockbauer predicts the outdoor space will include "maybe karaoke, and then occasionally bigger bands, rather than just local stuff."

BNN will likely open indoors only initially, with a capacity under 100. Sidewinder closed in 2018 after the fire marshal decreased capacity of the club's back patio from 239 to 49 a week before SXSW. Sidewinder partner John Wickham, who owns Elysium and co-owns Valhalla, teamed up with Empire Control Room & Garage proprietor Stephen Sternschein to open a venue in the space, but they were unable to secure a lease from Jimmy Nassour at Cabot-Chase Ltd.

Capital Leasing, Management & Sales VP Ron Meyeres, who manages the property, currently works to increase capacity of the outdoor space. The remedy requires engineering enforcements behind the stage along Waller Creek, as well as installation of a secondary exit into the alley. Meyeres and Stockbauer hope to gain access to the alleyway from the city and possibly use it as a biergarten.

"If we could get alley access, it gives us a second exit off of the deck, which then gives us the back occupancy load we're looking for," explains Meyeres. "We're working with the adjoining neighbors on trying to buy the right of way from the city of Austin."

Texas bars closed again last Friday under order from Gov. Greg Abbott, but Stockbauer prepares to open in late August, dependent on COVID-19 safety. He completed major renovations of the indoor bar and bathrooms, and outfitted the space with colorful vintage furniture. He plans to coordinate with nearby businesses upon opening.

"In the past, I ran these old-timey, Gunsmoke, Western-themed bars, and I'm tired of all that," adds the Austin native. "I want to do something funky and different, and help the other bars in the area." 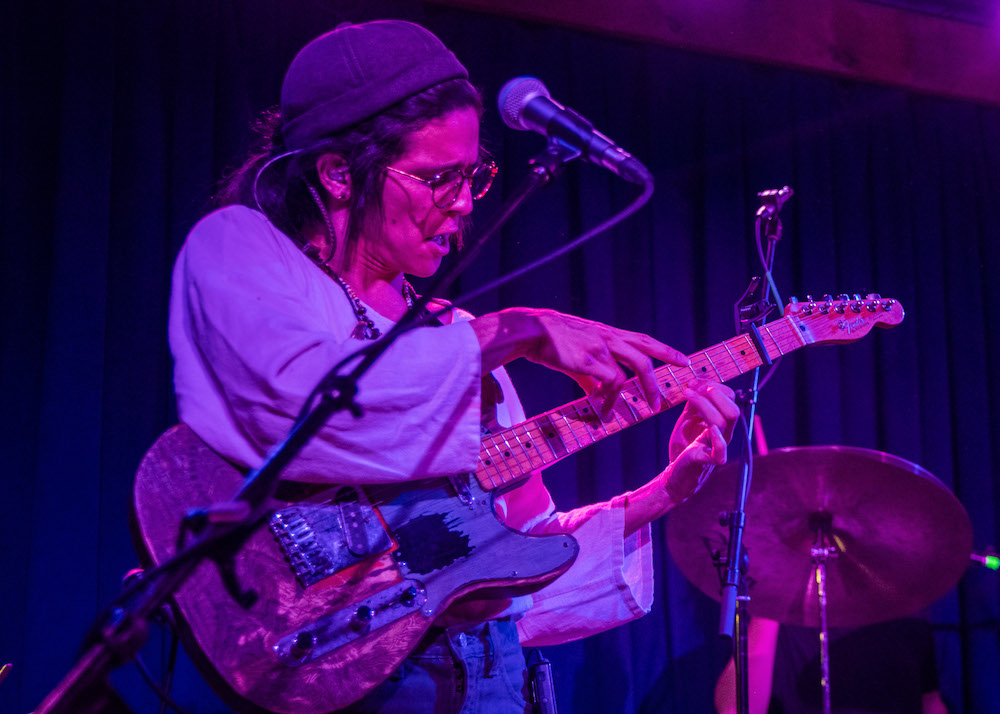 Nay Wilkins of Hikes typically acts as a band coach for kids at Mother Falcon Music Lab, a music-focused summer camp. The effort moves online for its ninth year, now open to both youth and adults for the first time. For the virtual four-week, hourlong course, Wilkins developed "Decolonizing the Industry," where students uplift marginalized voices in entertainment.

"We're going to be talking about internal oppression and microaggressions that we're taught our whole lives," says Wilkins. "In the music industry, people of color are not being given the same opportunities. You can then bring that all into making music, as a form of activism."

The course begins July 12, part of an activism-themed pathway with other offerings including "Rise Up in Song" and "Protest Like an Artist." Mother Falcon Music Lab classes stretch until August 15 and also cover essentials like improvisation and songwriting.

"Growing up Filipino, nobody in the family was really proud of it," adds Wilkins. "I'm just trying to give people the vocabulary and tools to get out of their own oppression, because I almost never did. Every single class, we're ending with a celebration of how people have gotten past it." 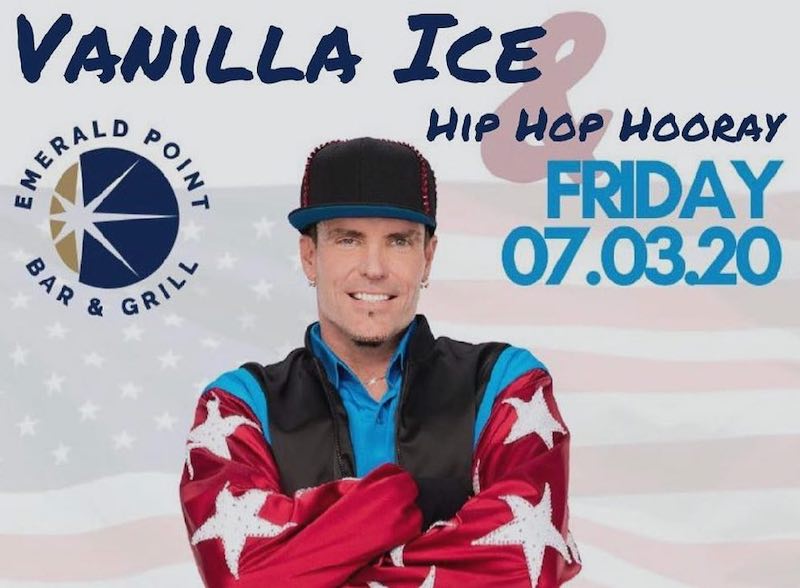 Will he ever stop? Yo, we don't know.

The June 26 order to close all Texas bars also shuttered most music venues. New regulations follow a post-reopening surge in COVID-19, with experts citing factors like cramped conditions, loud speaking, and singing at indoor shows as high-risk factors for disease spread. Shutdown occurred as clubs including the Broken Spoke, whose facade took a direct hit from a truck trying to break into the ATM at the front door early Tuesday morning, Come & Take It Live, Sagebrush, Sahara Lounge, Sam's Town Point, and Texas Mist began repopulating their summer music calendars.

Reopened venues with over 51% food sales such as Stubb's and the Far Out Lounge can continue to operate with new limits of half capacity. The latter hosted music on its outdoor stage last weekend. Having kicked off the spring quarantine with a viral photo of unmasked concert crowds, Emerald Point pushes forward with Austin's biggest show left standing: Vanilla Ice.

Outdoor gatherings over 100 people are prohibited unless local officials explicitly approve of them. Promoter Mike Wade texts the Chronicle that the capacity at Friday's Vanilla Ice concert will be 2,500. On June 28, the lakeside venue and eatery posted a job listing on Facebook: "We are looking for servers that can handle high volume."

The Lost Well, which reopened in June, pivots the now-shuttered bar to a practice space for rent. "Trying to reinvent the wheel here," they posted. Diversity Awareness & Wellness in Action (DAWA), a new fund launched by Jonathan "Chaka" Mahone of Riders Against the Storm, offers $20,000 in aid to people of color who work as musicians, artists, social workers, teachers, healing practitioners, and in the service industry. Apply at www.dawaheals.org for a $200 prepaid Visa gift card.

Sun Radio project Recharge received an anonymous $200,000 donation to help Central Texas musicians. "Austin and San Antonio area musicians, gig workers, roadies, and sound technicians who are struggling to pay their electric bills" can apply at www.sunradio.com/recharge for a one-time grant up to $200.

Banding Together, launched by the Red River Cultural District following the cancellation of SXSW, now accepts a second round of applications from music, service, and hospitality workers at www.redriverculturaldistrict.org. A $70,000 fund will be dispersed in $75 H-E-B gift cards.