Here's what we're listening to 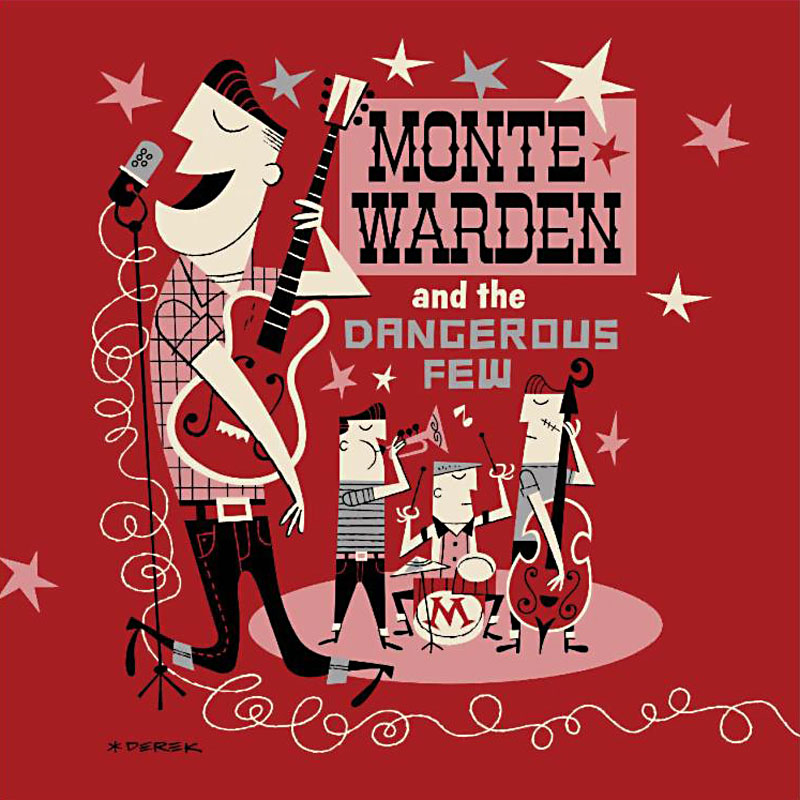 Derek Yaniger's cover art announces the LP debut of Monte Warden's Dangerous Few project as something different from the country firebrand – retro cool and soaked with a suave and swanky lilt. Seventh-generation Texan and Austinite for all but the first six months of his life, Warden's songs dance with the timelessness of his ageless tenor, from the rockabilly of his teenage band Whoa, Trigger! in the Eighties to the honky-tonk Wagoneers and crooning pop of his Nineties solo LP. Now, Monte Warden & the Dangerous Few digs into new stylistic territory for the veteran singer-songwriter.

From the top, "Black Widow" emphasizes the full power of the jazz combo. Erik Telford's thrilling horns, T. Jarrod Bonta's sophisticated piano, Wagoneers alum Brent Wilson's thumping bass, and the steady touch of Mas Palermo's backbeat all showcase alongside Warden's guitar. Touchstones emerge in echoes of everything from Herb Alpert to Johnny Mercer, but the sound proves uniquely their own.

The flamenco yelp of "Martini" and breezy "Spring Into Summer" strike obvious early highlights, but the snappy "Here Kitty Kitty" bops lascivious undertones, "Joy" high steps New Orleans flavor, and "Schadenfreude" burns with a gritty rockabilly touch. The quintet's slower moments shine best, especially on the mellow melt of "Not Since Love Come Along" and the soft waltz of "Anything but Love," which allows Warden's gentle voice to linger effervescently. Lonesome swoon, "Missing Us Most of All" wilts like a late summer love story.

Recorded in live takes, the album captures the essential energy and smoothness of the group. Feeling of a bygone club or intimacy of the Continental Club Gallery, the sound swings on Telford's horns spotlighting the bandleader's versatile intonations, especially on the closing broil of "Wrong Side." The result rejuvenates the forgotten urbane jazz pop of the Fifties without ever sounding kitsch or dated. – Doug Freeman

Eruption for social justice continuing, this year's Juneteeth will ring much louder than any in recent memory. Organized by the George Washington Carver Museum, in collaboration with Six Square, Greater East Austin Youth Association, Jump On It, and District 1 Council Member Natasha Harper-Madison, the city of Austin marks the 1865 emancipation of slaves in Texas with a virtual concert featuring top names in the local hip-hop and soul scene: Nook Turner, Queen Deelah, Anastasia, Eimaral Sol, Alesia Lani, and Riders Against the Storm. The event includes spoken word contributions by Ebony Stewart, Faylita Hicks, Stephanie Lang, KB, and Joe Brundidge. Per the city's statement: "Stay Black and Live is a call to action, a celebration of a history and culture that is unapologetic." – Kahron Spearman

J Soulja: From the Soul

Unapologetically proud Austinite born Jalen Howard maintains his run of solid solo projects with the May 25 release of From the Soul. His fifth studio album comes three months after a joint project with young Austin spitters ShaunSolo and Yung Bryse. The 27-year-old lyricist stays true to his desire for an ATX takeover by only employing features from local artists, so guest appearances on the 24-minute tape include the Teeta ("Money Sermons"), Chalie Boy ("What It Is"), and Jake Lloyd ("Focus"). Topics like coming up on Sixth Street coincide with the launch of www.officialjsoulja.com. – Derek Udensi

An "essential worker" in a distribution warehouse for Austin-based glass manufacturer GRAV, alt-R&B maven Jake Lloyd managed the wide-ranging, three-track Lloyd Pack, an angsty but electric extended play featuring producer Danny "DSII" Saldivar. "My desire to change the connotation associated with 'urban artist' in this city has, at times, consumed me and my whole approach," says Lloyd of the project incorporating rock jangles and screams, hymnal gospel, restorative soul. "It's my mission statement." – Kahron Spearman 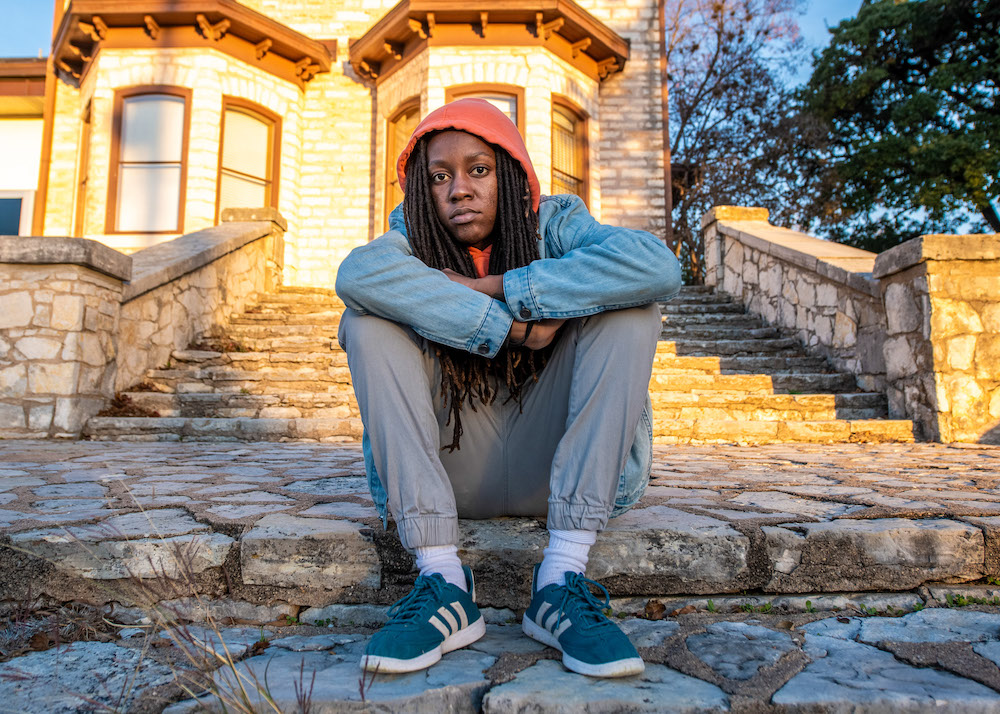 On Te'aunna Moore's most personal work yet as Blakchyl, the former Mindz of a Different Kind member retells their artistic foundations through vintage samples, phone calls, and revealing lyricism. Starter "Transcended" lands in the crux of personal evolution amid the persistent pull of creation. Ushered in by the lush soul of Seventies girl group the Emotions, the local rapper divulges a painful instance of infidelity and remembers being the "only female in the room" in musical spaces. Ambient, ethereal production by Cooley Fly weaves in synth, somber guitar, and energetic jazz moments. Soft sounds power a hopeful document, which still allows clear-cut bursts like "Daily," released as a single last year. Austin voices JelloMauri, Teddythelegacy, and David Alvarez (of Hyah!) help out. – Rachel Rascoe

Kalu James brimmed with excitement to roll out new music this spring. He and guitarist/producer JT Holt had spent the fall in complete creative immersion, recording a five-song EP that revolutionized the social, spiritual, and musical depth of Kalu & the Electric Joint. Their Feb. 28 performance at Continental Club should have served as the start of that release's promotional cycle, but COVID-19 crossed out the calendar. In the ensuing isolation, the two revisited the recordings – adding new elements – and the Nigerian American frontman identified lyrical premonitions. The collaborators livestream Saturday from Bud's Recording Services. – Kevin Curtin

Never more so than on cherry red vinyl does a band get a second shot at a first impression. Silver Bars' social designation sticks easily enough: "Dream Rock / Shoegaze / Indie band from Austin." Yet when a needle touches down on the opening groove of their 2019 debut LP – newly waxed earlier this year – the watery jangle of "Pulse" sells the homegrown quartet instantly with glistening minor notes and melancholy wonderment. Like Beach House, the androgynous coo/cry/moan of Paula Smith does much of the heavy shifting alongside harmonizer/bassist Stephen Thurman, guitarist Ken Hatten, and their three guitars chiming to Johnny Wilkins' upbeat. The surf gaze of last year's video single "Lost You to L.A.," Cure-like jingle "Last Crash Landing," and the U2 guitar of B-side starter "Green Trees" all pop and soothe in the same measure. – Raoul Hernandez

A million garage comps made it famous: "No Friend of Mine," a snot-drenched fuzz buster with an "(I'm Not Your) Stepping Stone" chord progression and "Hound Dog" hook. Plus, that distorto riff remains the work of Gary P. Nunn, future author of the Austin City Limits theme. The rest of the story to Levelland's Sparkles – the "best rock & roll band in town," according to Joe Ely in Texas Monthly's oral history of Lubbock music – is as fascinating as this French anthology, The Complete Recordings. From 1957 until 1972, with singing drummer Harold "Lucky" Floyd and guitarist Stan Smith the only constants, their Tex-Mex rock & roll sound ran thick on tunes like the near-doo-wop "He Can't Love You." Once they hit the classic lineup with Nunn and second drummer Jimmy Marriot, the band favored James Brown-damaged, beer-bust R&B like "The Hip" and "The U.T." – Tim Stegall 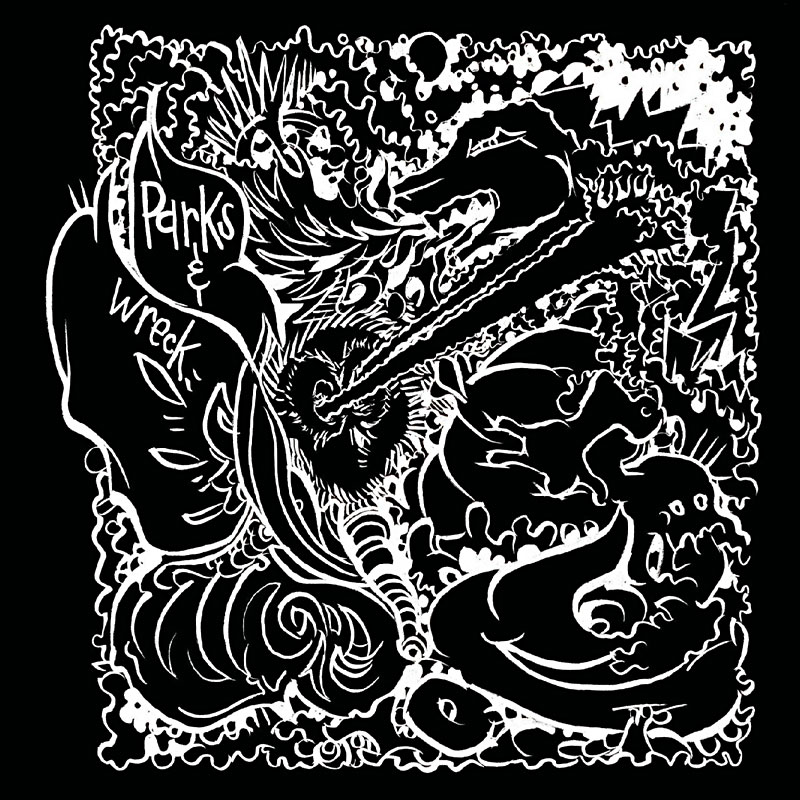 Earlier this month, some lucky sod in Manor hit $1 million on the same $10 scratch-off ticket I've foolishly purchased hundreds of times and have never won more than $50. Speaking of hot tickets, the Black Pumas – who maintain four sold-out Stubb's shows on the books for September – livestream Sunday on behalf of the Texas Lottery. The event comes exactly 365 days after the soul rockers released the album that made them a household name, and ... one week after dishing a slow-burning cover of Tracy Chapman's "Fast Car." – Kevin Curtin