Faster Than Sound: Austin Music Venues Are Out of Money 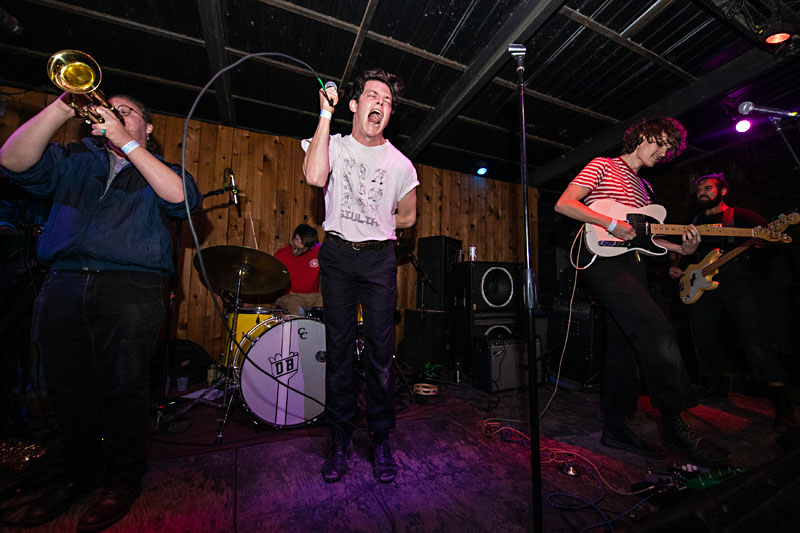 Local powerhouse Blood outside at Barracuda on Feb. 8. (Photo by David Brendan Hall)

A month ago, the Red River Cultural District and Music Venue Alliance Austin warned that surveyed Austin venues had, on average, only 30 days of operational savings. Meanwhile, the National Independent Venue Alliance heralded that 90% of venues across the U.S. won't last through six months of closure without expanded federal aid.

"Venues are not saying this, but they're out of money. This is going to be part of the ongoing narrative now through the end of the year. Not just closures of the legacy businesses you grew up with, but more like, 'That's the club I played my last show at.'"

"Barracuda is a really big deal, and it's frightening," says MVAA founder Rebecca Reynolds. "I talk to the owners of iconic, legendary venues around the city every day and they tell me that as things stand, they don't see how they're ever going to reopen."

Barracuda was established in 2015 as a standard spot for leading local talent, touring acts, and Downtown festivals. After rent hikes forced out East Seventh clubs Holy Mountain and Red 7, Scratchouse moved in and Barracuda took over the latter property. Both venues say they were not evicted by landlord Jim Daywood. 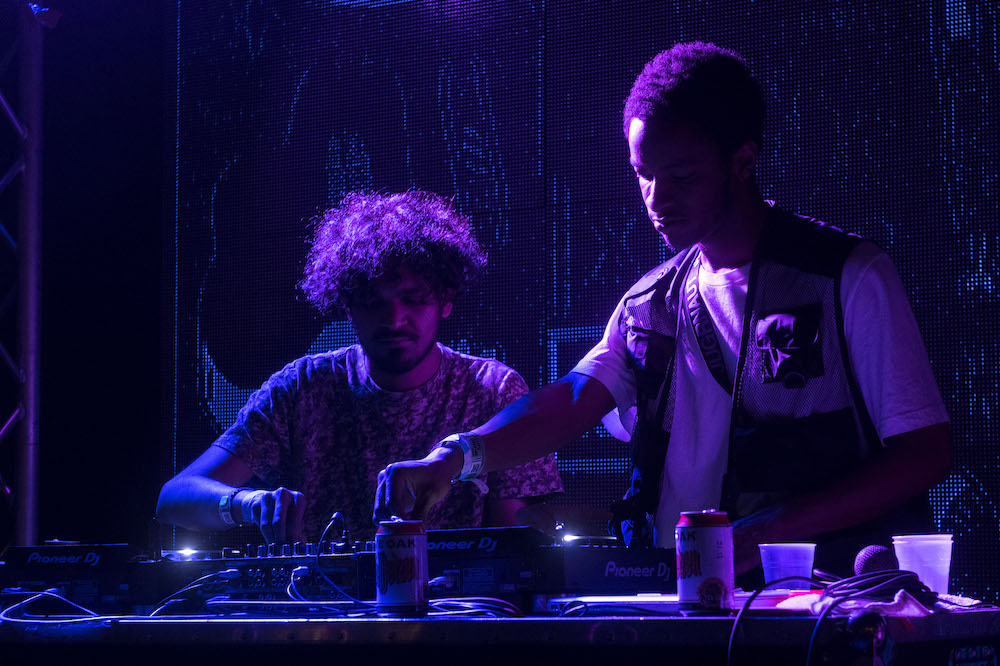 "We could have decided to push through, but we were still expected to pay back rent," explains 25-year-old Scratchouse managing partner Brodie Elkins, who helped offer a home for weekly DJ, hip-hop, and comedy residencies.

Multiple East Seventh tenants mentioned previous interest in the block from developers. For his part, 63-year-old Don Sconci of Pat's Sheet Metal won't be selling. Since 1967, his family has owned and operated out of the corner East Seventh & Red River building, whose storefront housed Plush for 20 years running.

Sconci says the room will likely be a bar again, with parties already interested.

Feels So Good Records co-owner Justin Weems also counts himself a tenant of Sconci and says they're holding on to the tiny vinyl shop, which currently offers online-only sales. Plush GM Ryan Cunningham said COVID-19 concerns, compounded with decreased business, gun violence, and homeless populations in the area, forced this decision. An incubator for DJs and hip-hop artists, the bar hosted one of the country's longest-running weekly drum 'n' bass nights.

"We don't want to put money ahead of people's safety, so we wouldn't have felt right opening up," he adds. "Without any knowledge of how long it could be, it's hard to make the call to invest another $10,000 dollars in rent and still not be open. How do we dig out of that hole?"

As a board member at NIVA, Stephen Sternschein agrees rent and other compounding expenses present a "dire financial need" for independent clubs. The group requests changes to the Paycheck Protection Program by Congress, including the equivalent of six months' worth of payroll, benefits, and fixed operating costs for venues. Sternschein, who bought the Empire Control Room & Garage land with partners last year, says purchase of venue properties by the city is an important piece of preservation (see "Could Austin Arts & Music Finally Get a Cultural Trust?" May 29).

He mentions other puzzle pieces like "local and federal funding, revenue partnerships to remonetize our audiences through livestreaming and merchandising, and private giving."

"I'm very disappointed in the way that the city of Austin has responded," adds Sternschein. "They made a lot of promises, and none have borne significant fruit. Venue owners are not asking for a bailout. We're asking for the resources to help save our community."

Earlier this month, City Council members decided to focus the majority of over $270 million in federal CARES Act and local relief funds to individuals, rather than businesses. Clubs will be eligible alongside small businesses citywide for Commercial Loans for Economic Assistance & Recovery (CLEAR). Reynolds awaits opening of applications and worries there won't be enough to save Austin's remaining venues.

"We've been told in resolution after resolution since March that help is coming, and we still don't have access to emergency disaster relief for venues," says Reynolds. "By not acting, Council is tacitly saying, 'It's not a priority.'"

What Can Fans Do?

1) Support NIVA's Save Our Stages campaign, rallying concert-lovers to email their members of Congress. Find an easy template on www.saveourstages.com. 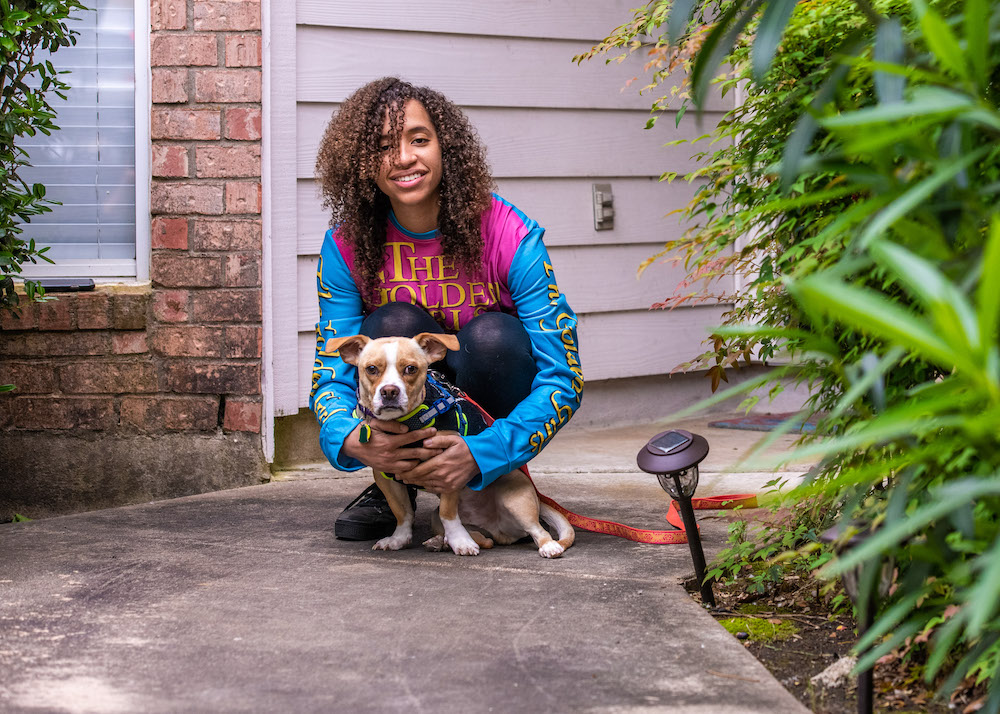 The Austin Music Disaster Relief Fund's deadline for applications extended to Friday, June 26, at 5pm. Funded from $1.5 million designated for COVID-19 relief by the City Council, the program offers $1,000 grants to local musicians. On June 12, nonprofits including Austin Texas Musicians, HAAM, and SIMS sent a letter to Council requesting changes in eligibility criteria, which have not been adjusted. Apply online at www.atxrecovers.com.

Jackie Venson dropped off a televised broadcast of Blues on the Green after telling organizers she would only participate in an all-Black lineup. Her manager Louie Carr was discouraged by talks with Austin City Limits Radio host Andy Langer over a lineup starring the guitarist plus Bob Schneider and Shinyribs. Senior VP at Waterloo Media, the station's parent company, Scott Gillmore told The Austin American-Statesman, "There's a difficulty in that there are not enough artists that are African American or Black artists that are headliners yet, and we'd like to see more." Blues on the Screen amended to an all-Black bill, curated by Venson, and airs July 8 on Fox 7 Austin.

Unit 108, a consistent DIY home for punk, hardcore, electronic, and more, announced permanent shutter Tuesday evening. A Facebook post read: "Due to COVID-19 complications and an uncooperative landlord, we have been forced to close for good." Core duo Andrew Malesky and Patrick Lehman opened up as 523 Thompson in Fall 2018, and relocated down Bastrop Hwy. to Unit 108 earlier this year.

Jonathan "Chaka" Mahone of Riders Against the Storm called for half of the Live Music Fund to be allocated to a Black Live Music Fund in a widely shared video on Facebook. The MC serves on the working group for the LMF, created as the first-ever source of ongoing public funding for local music. Mahone requested creation of a Black-owned music venue, grants for Black musicians, and funding for Black organizations with over 20 years in Austin. The LMF, originally predicted to accrue $3.5 million annually from hotel occupancy taxes, has been significantly reduced by drops in tourism due to COVID-19. 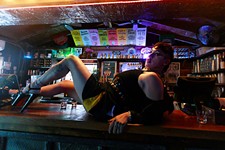