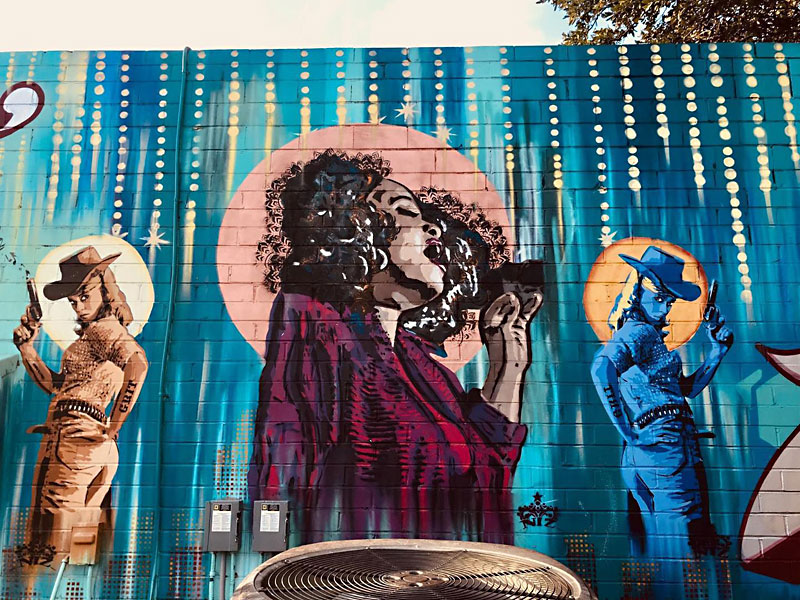 Alongside Wednesday morning's news that Barracuda closed, summer concert calendars at a few reopened venues continue to emerge. In the past week, Far Out Lounge, Sahara Lounge, and Coconut Club joined Broken Spoke, Stubb's, Parker Jazz Club, Hanovers 2.0, Come & Take It Live, and more with varied music offerings. In response, nonprofits Austin Texas Musicians and the Health Alliance for Austin Musicians released a gig safety guide, asking, "Are masks being required?" and, "Are you being paid?"

"There's a lot of question marks surrounding safety right now, so if we can have some type of official guideline, that would help our entire music community," he said. 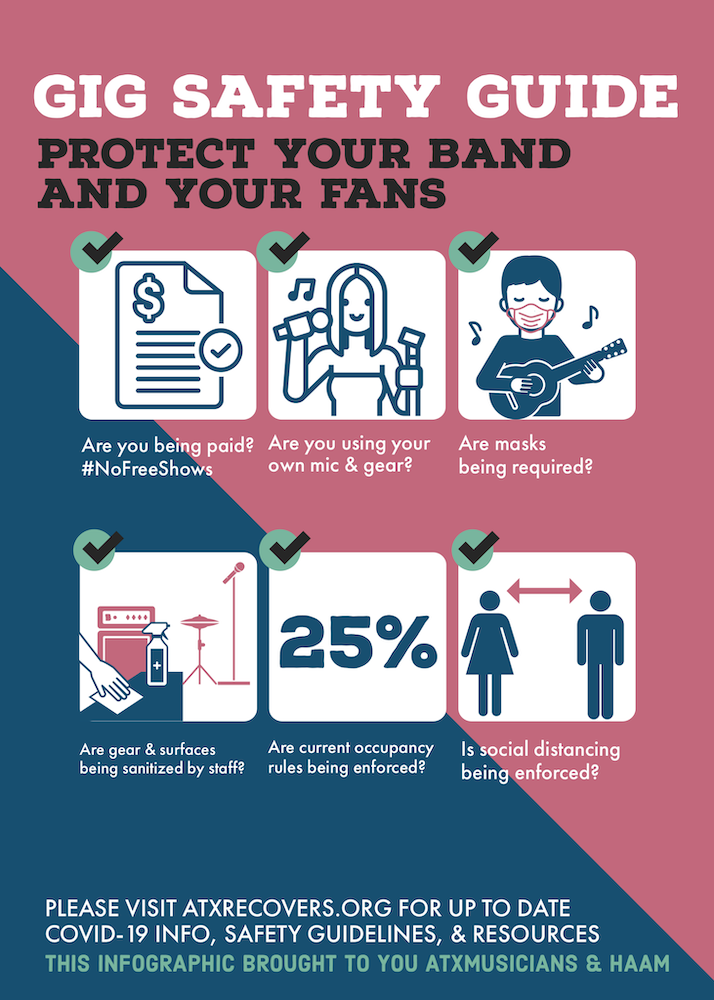 Dianne Scott of the Continental Club says new rules don't change anything for the shuttered South Congress hub, which hosts a "high-risk" staff and clientele.

"As time goes on, it becomes more difficult to remain closed and have no income; however, [owner Steve Wertheimer] made the decision to err on the side of caution," she added.

Parker Jazz Club, one of the few indoor-only venues to reopen, announced the club will continue at less than the original 25% capacity due to table spatial restraints.

"Even though we can bring it up to 50%, we're not going to," states owner Kris Kimura. "We don't want to mess around."

"It's not an enviable position," he says of booking during a pandemic. "We're not pushing it very hard. I've just reached out to a few people to see how they feel. We might have music one night a week, two tops.

Sahara Lounge owner Eileen Bristol contacted bands over the weekend, hoping to fill nightly slots. She played bass during last Saturday's return of Africa Night on the indoor stage, where some 70 patrons gathered. Customers can order from tables indoors or on the patio via phone with Austin app OrderText. 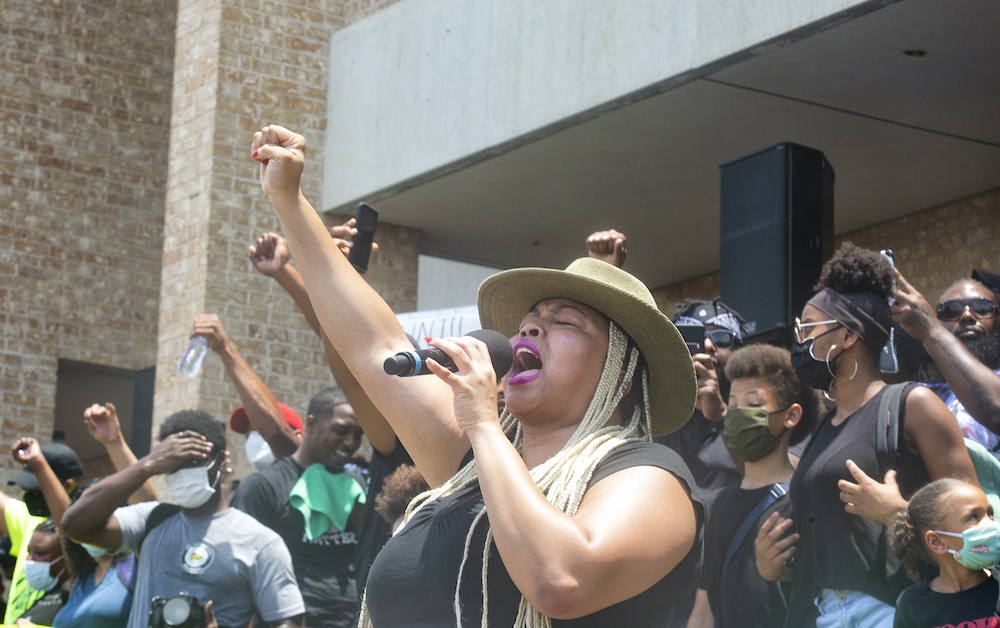 Before thousands at Huston-Tillotson University, local songwriter Tree Grundy (aka Tree G Music) delivered a powerhouse rendition of "Lift Every Voice and Sing" at Sunday's protest. The song, first performed in 1900, is largely deemed the National Black Anthem. Grundy's a capella take rallied a massive crowd opposed to police violence against Black people.

Vunte Ron has participated alongside other local Black artists like Rowski, Nigel Rowe, and London the Drummer Boy.

"Open band, open mic, and it's all freestyle, unscripted – really just straight from the heart," explains the local songwriter/producer. "We've been encouraging people to come up and tell their stories. With so many rappers, singers, poets, and speakers out there, it felt like an Austin thing." 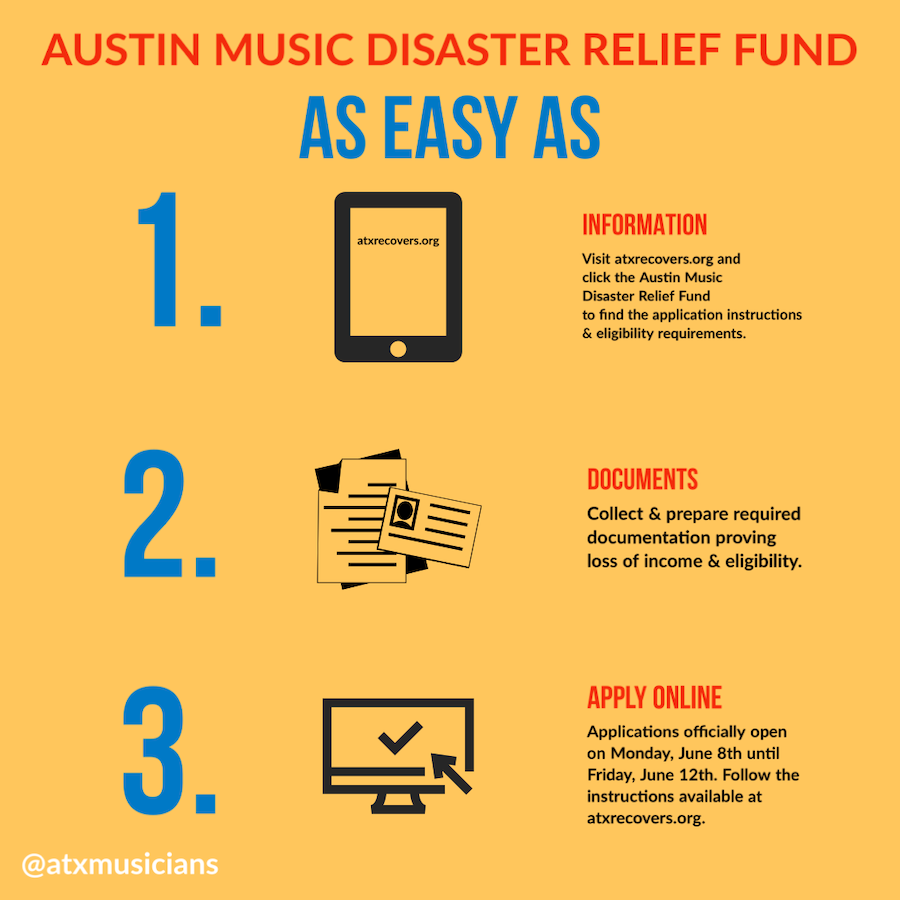 Applications for the Austin Music Disaster Relief Fund are due Friday, June 12, at 5pm. The city program offers $1,000 grants to local musicians, pulling from the $1.5 million designated for COVID-19 relief by the City Council. Apply online at www.atxrecovers.com.

Erica Shamaly of the Music & Enter-tainment Division defended the requirement on Facebook: "You're eligible, unless you've more than two months' worth of your total living expenses sitting in savings for no other reason than to collect interest. This grant isn't for you, but someone you know or play with who's more vulnerable."

Nakia Reynoso, president of Austin Texas Musicians, shared feedback from his nonprofit group of local musicians: "When people in a very vulnerable state see these hoops they have to jump through, [they] don't bother to apply."

"I'm boldly asking you to help us," she said. "I'm concerned about HAAM being able to continue to provide the services we do to our music community. I honestly believe that music in Austin is at stake."

Due to nearly $1 million in lost funding from COVID-19, Collins said the nonprofit may have to cut services as soon as September. That could lead to a loss of coverage for as many as 1,000 musicians of the some 2,600 currently serviced. They also anticipate rising insurance premiums next year due to the pandemic.

"Beyond the moral imperative of protecting our musicians and just keeping Austin Austin, there's also the practicality of just how much losing HAAM services would cost the Austin taxpayers and the city's health services," added Collins. 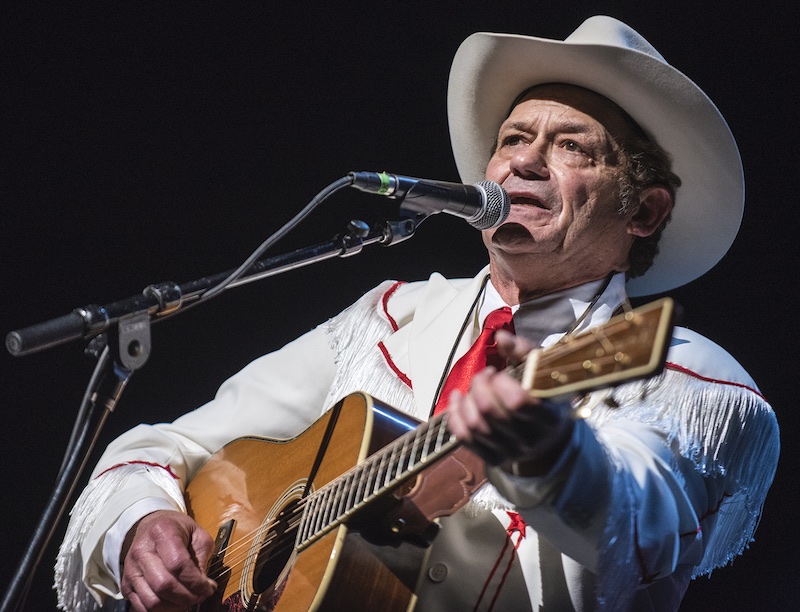 Levitation, planned for Oct. 22-25, announced cancellation due to COVID-19, while UtopiaFest will go on as planned Sept. 17-19. The latter says 1,300 acres at Reveille Peak Ranch will provide "ample room" for attendees and rentable camping port-a-potties. Lineup TBA.

Austin Country Music legend James Hand died June 8 from heart complications. Tough, poetic, and often compared to Hank Williams, he told the Chronicle in 2006, "I've said this many times before: I don't write no songs, life writes them. I just try to remember the words."