Viral Austin teen Quin NFN headlined a hip-hop show with up-and-coming Houston rappers Sosamann and Peso Peso. Instagram showed the local breakout playing to an all-ages front row of close-up fans. Promoter Mike Wade, who aids SXSW shows with WorldStarHipHop, said he only sold 300 tickets for a venue with an outdoor capacity of 3,000. 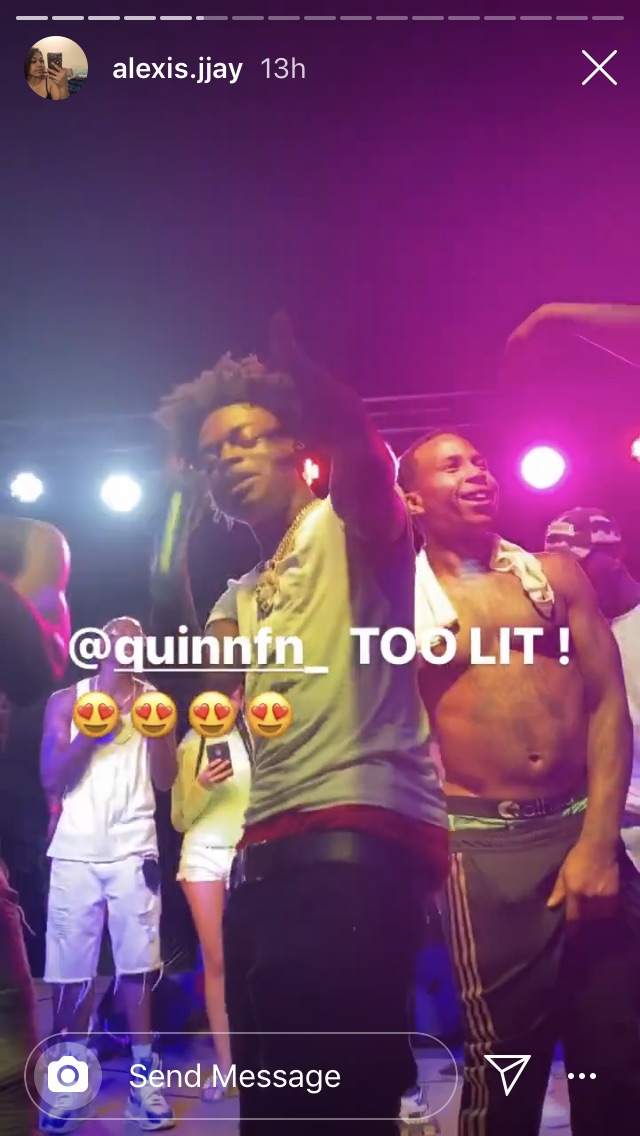 "We had hand sanitizer stations, and of course a few people didn't wear masks," he says. "They're grown, we can't say, 'Hey, put on a mask.'"

One of the first musically inclined bars to reopen was Buck's Backyard in Buda, which collaborated with new group Reopen Every Venue Safely. Former Music & Entertainment Division Manager Don Pitts, who helps lead the program, says REVS isn't a checkpoint for reopening individual venues but rather an effort to share information among music economies nationwide. He notes that although music venues are lumped into "bar/nightclub" designations under Austin code and can thus legally reopen, most local standbys are holding off.

"With Texas reopening, we're seeing the difference between bars and live music venues," explains Pitts. "Live music venues have historically, in my career, been more concerned about the experience of their audience and their staff. I think that's showing."

"We had to turn our whole operating strategy up on its head," explains O'Donnell. "I'm standing here in this vaulted ceiling, 6,000-square-foot pier-and-beam honky-tonk, and I don't feel it's safe to have a band inside. We have to make sure that when people come to my space, they don't wake up in the morning and regret it."

Texas native George Floyd grew up in Houston's Third Ward, and rapped on DJ Screw's iconic hip-hop tapes of the Nineties. Many Austin musicians supported protests against the killings of Floyd in Minneapolis, Michael Ramos in Austin, and other Black citizens by the police. In a moving video, the Grammy-winning blues guitarist Gary Clark Jr. called on listeners, especially musicians, to talk to family and friends about the murder of Black Americans.

"For those of you who appreciate our culture, and use our culture for your own gain ... then represent for us, man," he said. "Otherwise, you're on their side. You got direct access to those people who are fucking it up for everybody. Talk to them." Bomani Ray Barton, a local musician and sound engineer, suffered a fractured jaw, lost teeth, and lip injuries, after being shot with what Austin police called "less lethal" rounds during protests last Saturday. Also sustaining shots to the hip and elbow, he had joined protesters attempting to stop traffic on both sides of I-35.

"I was pushing the line a bit to get to the other side of the highway when the cops ran up on us," texted the 23-year-old Barton. "I wasn't trying to get shot, so naturally I start backing up. I even crossed the median back, continuously backing up, and I see a cop following me with his gun."

The Austin native had surgery on his jaw, which will be wired shut for eight weeks. Superstar SZA shared an image of Barton's injuries on Twitter, attesting to the serious danger of rubber bullets. "They Are Not a Fucking Joke," she emphasized.

"The shots felt like blunt force swings of a bat impacting my body," adds Barton. "It didn't hurt as bad as the swelling and the sleepless nights though. The struggle of this financial and legal [fight] outweighs the pain of the shots." Ahead of their weekend performance, Houstonians Sosamann and Peso Peso (see left) shopped at Private Stock, a frequent stop for touring musicians searching for exclusive streetwear and one of the few Black-owned businesses on Sixth Street. Later than night, the store sustained major damage and loss of wares during Downtown protests. Hoping to help owner Don Alfred rebuild, the neighboring All Saints Tattoo organized an online fundraiser that's already seen over $60,000 in donations.

"Anytime a major artist is in town, they usually come through and fall in love with the shop," says employee and music industry worker Jonathan Ruiz, citing Riff Raff and Lil Pump. Saturday evening, Ruiz helped guard the store from a large group of individuals, who eventually broke through the windows and metal guard.

"We're just focusing on rebuilding, and coming back better than ever," he says. "It's a cool sight to see the community come together."

Red River venue the Mohawk faced backlash after tweeting "Be a Karen for good" and "Be a Karen for change" during Sunday protests. After brazen back-and-forth with critical commenters, the venue apologized following a phone call with local hip-hop group Magna Carda. With input from local artists like Kydd Jones, Eimaral Sol, and Whookilledkenny, online conversation swirled around the larger exclusion of Black artists from local music venues.

"Our list of venues to play will be slim by the time this is all over," posted Magna Carda. "Bc y'all are really showing your true colors."

The Austin Symphony fired Principal Trombonist Brenda Sansig Salas after racist comments by the musician circulated online. In a statement, Executive Director Anthony Corroa said, "There is no place for hate within our organization."

Alongside major labels nationwide, local industry joined Tuesday's #TheShowMustBePaused effort, which called for a general "blackout" in solidarity with protests. South by Southwest closed their office and postponed operations for the day. "The unrest exists for a reason," the festival shared. "Racial inequality in this country must be addressed now."

C3 Concerts, Austin City Limits Music Festival, and Stubb's shared matching messages, but other Austin industry members criticized the gesture of taking a day off. Ahead of the curve, prominent local independent promoters Margin Walker Presents previously shared a list of relief funds with the message: "Silence isn't an option. It's time to make noise."

Faster Than Sound: Could Austin Arts & Music Finally Get a Cultural Trust?
It's not here yet, but talks are intensifying. Also, bars and a few live music venues reopen.