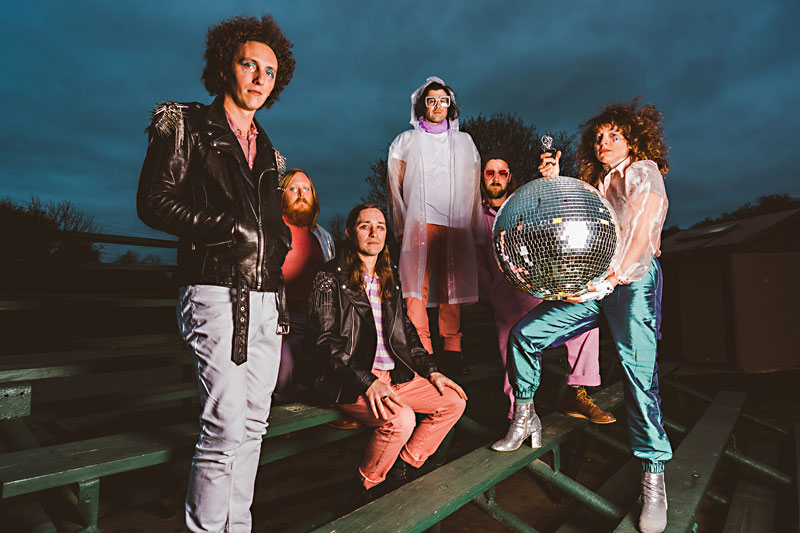 Debut on North Carolina indie royalty Merge Records and third LP overall for the raw, glammy Austin sextet whose alter ego A Giant Dog also yawps on the imprint, the album sails on the singer's siren song, which courts Lynchian mystery on lead-off roofie "Behold" ("I like suspense, I like a thriller/ What's it like, to be a killer?"). Next – lithe, light, wiry – "Fear Is a Lie" lilts pingpong guitars batting around an almost Caribbean riff that underlies another stirring vocal, this one sweetly and perfectly evocative of Deborah Harry.

The melancholy razzle-dazzle of disco ball refraction "No Dancing" sashays a Fifties prom ache as the third track. In fact, consider that the operative word for Trinidad – desirous, yearning, craving. Ellis' finest, most affecting performance resides here, the local's theatrical background seeping into the delivery with an illusionary waft.

"Llorando" pulls off Spanish like one of the Latinas known for it (Carla Morrison, Gaby Moreno), while the electro throb on "Y2K" whiffs Michael Stipe's eau de Andy Kaufman. "Only Love" sounds like it belongs to Olivia Newton-John in Grease.

"Fall of 2019 was, for me, months of 'officing,'" writes in Ellis. "The behind-the-scenes world of music isn't creative or expressive or instantly gratifying. It was months of sitting at my computer at coffee shops, doing admin work to prepare for the busy first half of 2020, which included two album releases (Heart Bones, Sweet Spirit), plus some A Giant Dog touring.

"It has been jarring, and quite surreal, to have all of those plans wiped away. I now have the liberation of knowing what I cannot control. My takeaway: I don't think I'll ever work as hard for anything again in my life.

"You want to hear about my personal life? It's grim.

"I returned from tour four months sooner than anticipated. My partner, who was used to seeing me busy, surrounded by creative energy and exciting events, saw me in a deep depression for the first time, and left. My chest hurt so bad every morning, I thought for sure I had COVID.

"I got tested and the results were negative for C-19 antibodies, but swarming with heartbreak antibodies." – Raoul Hernandez

RG Lowe: Life of the Body

A look through the eyes of Jean Claude Meama reveals previously unseen pain. The Maryland-born, Austin-raised rapper thrives under a microscope during his brewing moment, the former Texas State track athlete having previously dedicated his Target on Me mixtape series to the elements trying to bog him down. Now, the 26-year-old MC switches lanes on new single "Pray to God," employing a melodic formula prevalent on his last two tapes and dropping his most introspective song/video yet. The hook details envious opponents and potentially unloyal comrades that may turn into informants, while the accompanying clip depicts a deserted Downtown Austin and Lake Austin. – Derek Udensi

Parker Clone delivers the anthem this year deserves. Raw and cathartic, cut with both disgust and ennui in pure punk slacker fashion, the local quartet rants against the world on the lead single to new EP Triple. The video likewise follows the masked-up band marching down a boarded-up Red River and Seventh Street, empty sidewalks and shuttered clubs serving as backdrop as the band strikes out at the pointlessness of a useless year and wasted youth. Parker Clone earworms the apocalypse, and never has the call of "rock & roll is dead" felt so alive. – Doug Freeman

Intended as a merch table item for a planned tour now mothballed by the novel coronavirus, The Game is a brilliant lemonade-from-lemons exercise from Austin's finest ska-core yuksters. A dozen fan faves ranging from "You Can't Change the World" to "Victorious Battle Anthem" are reimagined as the 8-bit soundtrack to a fictitious 30-year-old Nintendo game. The ingeniously cheesy electro beeps-n-wooshes come pressed in a 10-inch lathe cut – individual LPs handmade in real-time with an antique record lathe. Sound quality isn't as three-dimensional as conventional wax, but the lo-fi wooliness suits the cheap electronics. Impressively ambitious and hilarious. – Tim Stegall 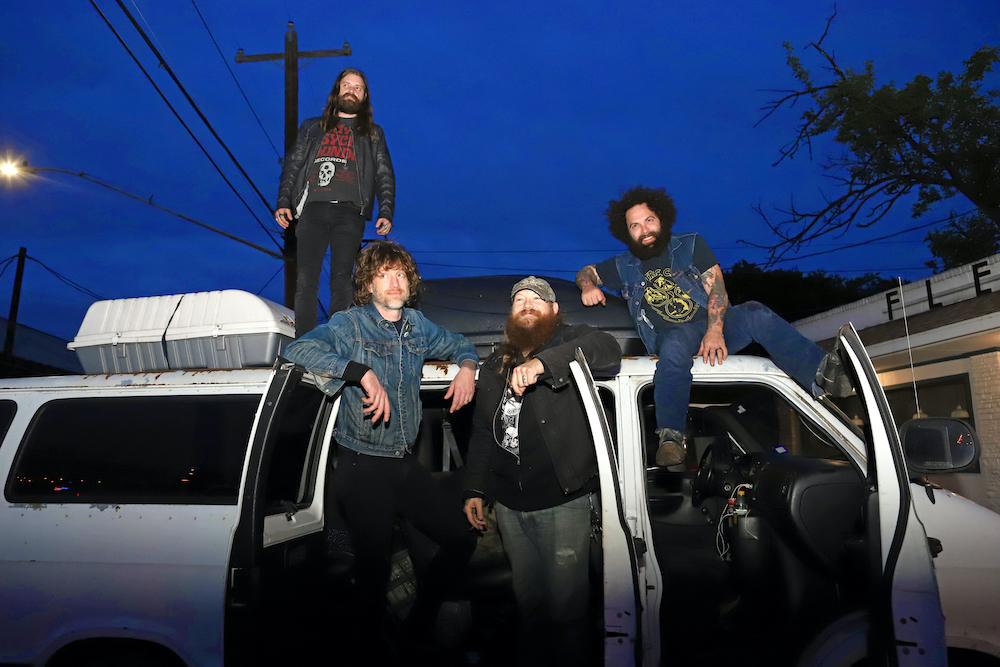 Coronavirus bathed in the brake lights of Duel's European tour. The psychedelic stoner rock quartet kicked off its February run in the soon-to-be viral epicenter of Italy, before playing solidly attended gigs in Germany, Belgium, France, Switzerland, UK, and Holland. "They were the last shows a lot of people saw," reports singer/guitarist Tom Frank. "A week later everything shut down. We were right ahead of the fear." The Austinites' summer festival run rescheduled to 2021, but they livestream via veteran providers Safehouse on Saturday. – Kevin Curtin

Following a virtual soirée earlier this month with Japanese Breakfast, East Seventh venue Barracuda continues to present live-streamed shows on new site Noonchrous. The org popped up in response to COVID-19 to help artists monetize their at-home shows by selling tickets like a regular gig. The pay-per-view platform welcomes Chicago duo Whitney, last seen in Austin for two sold-out nights at Mohawk last fall. The ACL vets recently tuned their sweet Seventies soft rock to wistful 2019 LP Forever Turned Around. A portion of profits support the National Independent Venue Alliance (NIVA), an effort to save clubs across the country with strong support in the Red River Cultural District.  – Rachel Rascoe

One of Austin's seminal recordings finally gets a proper vinyl pressing from the Blaze Foley archivists at Lost Art Records. Intended for Record Store Day release, the LP offers a crisp bar room patina to the songwriter's live show, recorded by Lost John Casner in December 1988 – a month before Foley was shot and killed. The performance served as the anchor for Ethan Hawke's 2018 feature biopic Blaze. Includes a reproduction of Foley's never-distributed Zephyr Records 45, with unreleased versions of "If I Could Only Fly" b/w "Let Me Ride in Your Big Cadillac." – Doug Freeman