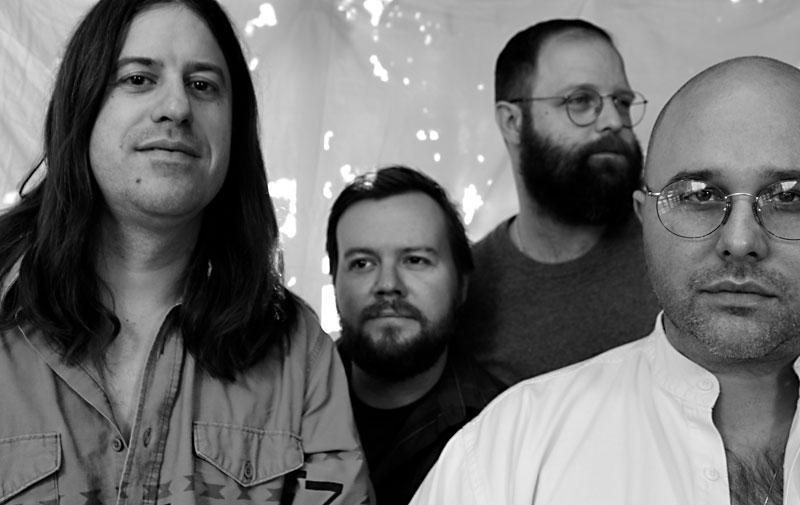 “There was literally a day we had a musical garage sale,” recalls bassist Jenkins. “The entire studio, all of our touring gear, and band van – we sold it all in one and just walked away.”

“It was a 100,000 reasons at once,” adds Grace of the hiatus. “The rising rents in Austin were really getting on my nerves, and we’d been all up in each other’s business for years. It was inevitable that we had to have some space.”

Years apart somehow culminate in a new self-assured and self-titled LP, due May 1 with Fire Talk Records. It marks the group’s first new work since quitting Austin in 2014. After leaving, Davidson wound up in a tiny town in New Mexico, Grace moved to Oklahoma, and Jenkins landed in Corpus Christi.

Dispersion made sense for a band who never much liked playing their hometown anyhow. The members remember years of flak from locals following a 2011 Fader feature on Pure X and their Light Lodge Records label mates. It painted the cohabitating buds as lackadaisical, skateboarding stoners.

“Austin never really cared about us as a band very much,” adds Grace. “New York and L.A. were just way more up on the internet. The first time we got on Pitchfork, I think they linked to my MySpace. That really shows it was 2009 and it was a different time.”

Over years of remote song exchange with bandmates, Davidson made his way back to Texas to settle in Lockhart. Youngblood now lives in Austin. Grace also reconciled with the area, and currently lives on Austin’s Eastside with family.

The singer lyrically tracks the homecoming on fuzzy, endearingly tranquil single “Middle America”: “Fuck this, I’m leaving / Going back to where I’m from / Gonna start back to singing / Gonna quit this living on the run.”

“I had some challenging times, and definitely felt lonely as hell,” says Grace. “I was disgusted with Austin, but after living in Tulsa for two years, I was like, ‘Please take me back.’ A big reason was so we could finish the album, and also to swim at Barton Springs.

“I missed Barton Springs so badly.”

The band began working out new songs in 2017, including weekend trips to Jenkins’s Corpus Christi home. They finally recorded live over a week at Danny Reisch’s beloved Good Danny’s studio in Lockhart. Minimal edits match the intention of Pure X’s debut Pleasure, soon to be re-released in conjunction with the new album.

“Intentional is a good word for this album,” simplifies Jenkins. “We had a vision, and we stuck to it, and did what we had to do to get there. It just took forever.” Around the cancellation of SXSW during the first week of March, Austin’s only major record-maker meant to celebrate its placement on Fast Company’s 10 most innovative music companies of 2020. The pick lauded their ability to cut vinyl three times faster than the industry average. We checked in with founder and president Caren Kelleher on the North Austin plant’s current status.

Work situation: “We have an 8,400-square-foot factory, so I work in the front office by myself to have some routine in my day. We already run pretty lean: We have automated machinery. We have one employee per shift normally, outside of COVID-19.”

Immediate concerns: “Coming up with pandemic response plans for our employees, customers, and supply chain. Our industry took a hit before all this happened when one of two lacquering manufacturing facilities caught on fire. So, word has been out that the vinyl industry has a big mountain to climb. Even if we’re able to keep going here in Texas, that might not be the case in California where we get our plastic, or in Canada where our customers are.”

COVID-19 impact: “We have seen our local business mostly dry up. We took a huge hit when concerts started being canceled, because album releases are pushed back. We’re starting to see it climb back with pre-orders, and we’ve taken a long view. We have this lease for another seven years.”

Upcoming projects: “We’ve never had an artist approach us with such a clear creative vision [as White Denim]. It’s very refreshing, and it’s also been a test for us on the production side. The fastest record we’ve ever done was a three-day turnaround, for the [2019 “Skittles Commercial” Broadway musical].”

Gold Rush Vinyl Club: “We haven’t even advertised it, but we filled up our 100-person pilot program. It’s two records per month, pressed here at Gold Rush, and last month we featured the Vapor Caves. It gives the artist an opportunity to either make money or get a discount on their record pressing.”

Moving forward: “With concerts canceled and royalty checks taking so long to reach musicians, merch is the only economic engine right now. With more time at home, I think we’re going to see more people trying to create new adventures with vinyl for their living room.” Threadgill’s Old No. 1 is permanently closed. On Sunday, founder Eddie Wilson confirmed plans to sell the property at 6416 N. Lamar, which opened in 1981. The eatery and music venue continued the legacy of Kenneth Threadgill’s historic filling station and beer joint, where Janis Joplin started singing. Wilson said the sale will ideally wipe out all his debt and allow himself and wife Sandra Wilson to retire. Find more details on our Daily Music blog. 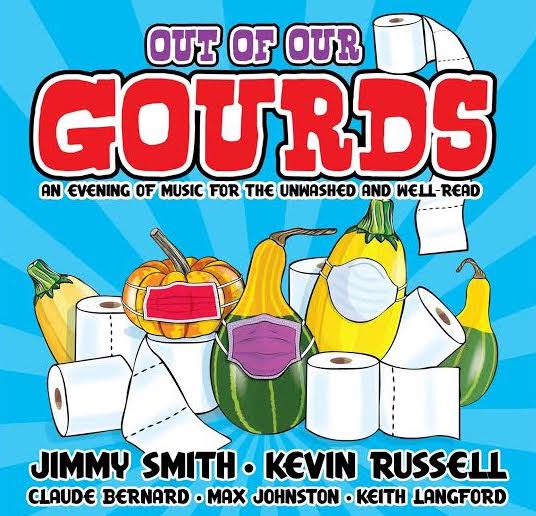 The Gourds needed a global pandemic to get back together – for just one night this Saturday, 7-10pm. The massive livestream lineup also includes James McMurtry, John Fullbright, Kelly Willis & Bruce Robison, and more. Tune in at “The Gourds.....The band” Facebook page. Although all five members promise Gourds renditions, the event warns: “This isn’t a Gourds reunion nor is it hinting at one. It’s just an opportunity to appreciate a band that has brought so many of us joy and memories.”

Mohawk teamed up with Vans to create custom yellow kicks. The shoe company’s “Foot the Bill” campaign, designed to help out small businesses, routes all proceeds to the Red River venue’s staff. “We have been working with Vans for a decade, putting on literally hundreds of shows together over the years,” adds Mohawk owner James Moody in a press release. “They were here for us during the SXSW 2014 incident, and they are here for us now.”

The $12 million Creative Space Bond, earmarked to support “creative space acquisition and improvements” by local voters in 2018, continues a slow roll forward. After a lengthy process of community feedback, an April 3 memo from the Economic Development Department laid out plans to purchase facilities for use by local artists and musicians. First off, the city collaborates with the Texas Facilities Commission to pick a public-private partnership advisor and a real estate broker.