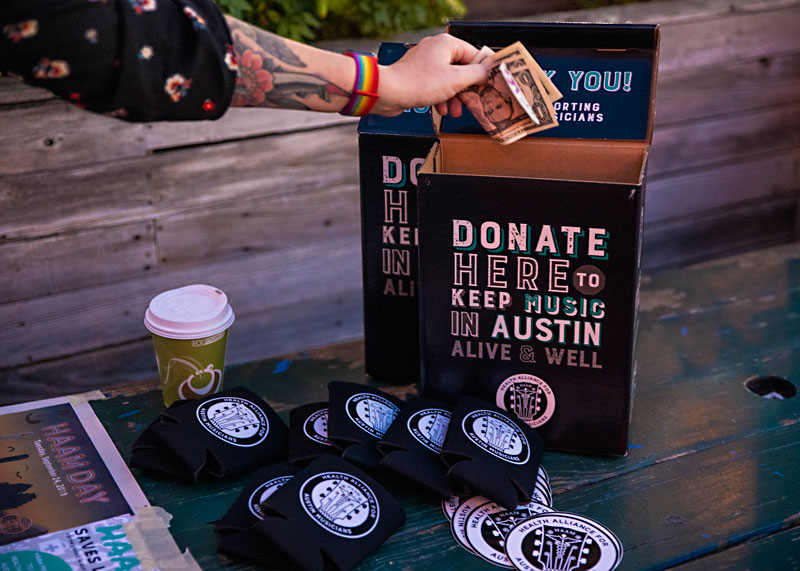 Last Wednesday, local real estate magnate Gary Keller donated $50,000 to the Health Alliance for Austin Musicians to cover musicians’ insurance premiums through April. The billionaire co-founder of Keller Williams Realty remains a stalwart supporter of the organization through his far-reaching network of philanthropic efforts, which helps maintain over a dozen leading nonprofits in the ATX music world. Last week’s donation included a challenge to corporate leaders:

“The Austin music community has been the backbone of our city, and we want to ensure when all of this is over, our music remains. I challenge any business with a major presence in this town to step in and support the very thing that we pride our beloved city upon: music,” said Keller in a press release.

Leading up to the announcement, his umbrella organization for music advocacy, the Austin Music Movement, shifted resources behind the scenes. The group – “focused on stabilizing, protecting, growing, and sustaining the Music Capital of the World” – aided in the launch and financing of nonprofits across areas of focus. In late March, the AMM pulled funding for a few groups under its wing.

Red River Cultural District and ALL ATX Leadership, a networking and training program for homegrown music leaders, both lost their Keller-backed support. Music Venue Alliance Austin also lost considerable financing. Founder Rebecca Reynolds says the nonprofit, which backs local venues through advising and policy initiatives, will still receive some funding, but will “no longer be sustained” by AMM.

Directors of the two other Keller-assisted advocacy arms – Austin Texas Musicians and EQ Austin – say they have not been impacted. AMM President Nick Shuley declined to discuss funding for specific nonprofits but says many received initial funding for three-year terms, which ended. He did confirm that “like any other organization, we have had to lower our costs during this time.”

“But, our commitment hasn’t changed at all for what Austin Music Movement does and what Gary [Keller] believes in,” adds Shuley. “We’re doing everything to keep going and moving.”

Multiple individuals involved with orgs under Keller’s support described the events of recent weeks as “abrupt” or “shocking.”

Money shifts will impact music advocates at the frontlines of COVID-19 relief. Contributions from AMM covered Reynolds’ salary with Music Venue Alliance Austin. She plans to step down as president of Music Makes Austin, yet another advocacy group under the AMM umbrella, to focus on finding new support for the Venue Alliance.

“I’m spending most of my time speaking with venue owners one-on-one, who are calling me going, ‘What do I do? Do I lay people off? How do I get them help?’” reveals Reynolds. “So the work of [Music Venue Alliance Austin] will continue, and we are directly connecting venues with the best relief available at this time.”

Red River Cultural District Executive Director Cody Cowan says his salary, previously supported by AMM funding, will be covered in the coming months by savings within his nonprofit. He currently oversees fundraising and distribution of emergency aid through the Banding Together ATX fund, which will soon begin distributing H-E-B gift cards to local applicants.

“The future of live music in Austin is pretty uncertain,” says Cowan. “It’s going to require a lot of hard work and determination by those of us who want to stay the course. We’re just going to have to stay busy, whether or not we’re getting paid.” 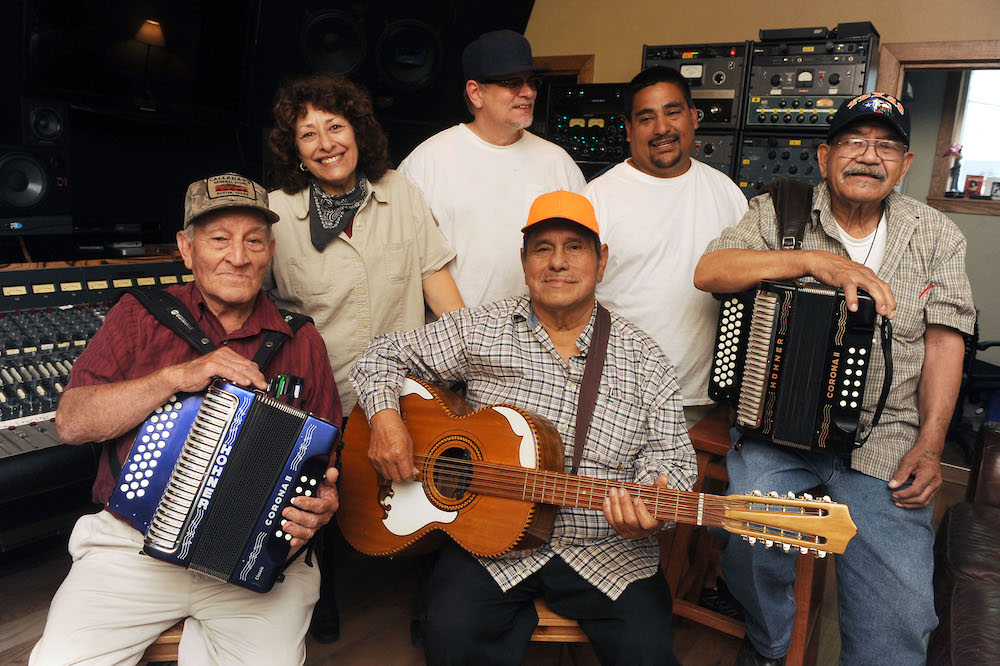 “During a break in the session, Vicente Alonzo and [Isidro] Samilpa remained to duet on some old songs. Alonzo’s grandson, bassist Javier Cruz, pointed to the elder statesmen at work. ‘That’s history right there.’”

In January, the Tejano R.O.O.T.S. Hall of Fame inducted Alonzo, also honored following his passing by Texas Folklife and Rancho Alegre. Find a 2017 Spanish-language interview with the Tejano legend here.

Prior, Austin musician Doak Short died March 17 due to complications related to a heart attack. He was 68. The guitarist and vocalist gained local popularity through various Continental Club residencies, including opening up the beloved Happy Tuesday Hippie Hour with Toni Price.

He ran a coat drive out of the venue for many years and in 1998, garnered a well-deserved nod in the Best None of the Above category of the Austin Music Poll. Following his death, friends unearthed a locally filmed backyard video for “Stranger in Town.”

Cousin Terry Akin says the family plans to eventually host an event at the Continental Club, as well as at the Buddy Holly Statue in Lubbock. Short was born in neighboring Tahoka. In 2006, he told a Toronto Star reporter visiting Austin, “I’ve been here for about 35 years – I came down from Lubbock for the music and never left. But I’ve been playing music all my life.” 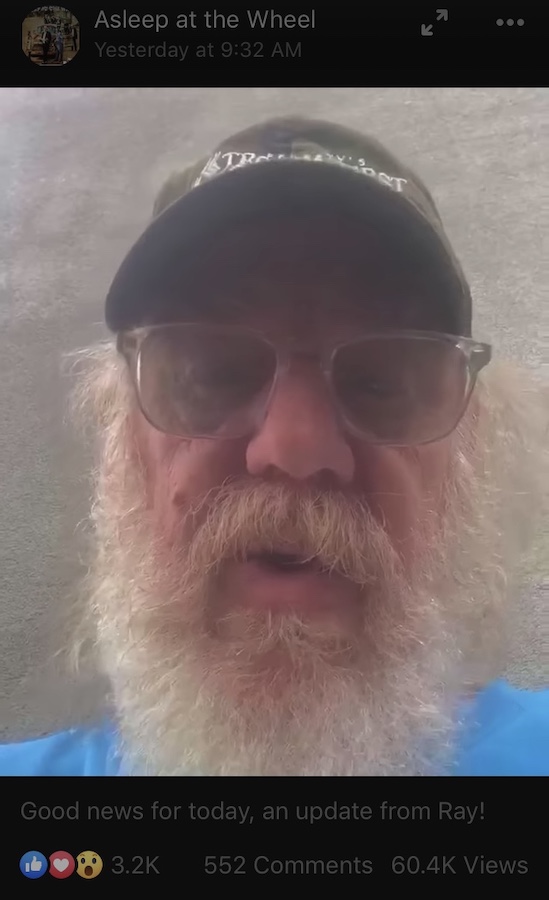 Prominent locals joined the growing number of national musicians impacted by COVID-19. On Friday, yacht rock godfather and longtime San Antonian Christopher Cross shared on social media that he tested positive for the virus. The Grammy- and Oscar-winning singer, who planned to celebrate the 40th anniversary of his debut album this year, said he’s being treated at home.

“This is possibly the worst illness I’ve ever had,” he wrote. “For those of you who still do not believe the COVID-19 virus is real, or think it is a ‘hoax’ or part of some conspiracy, my advice to you is to understand right now that this is a deadly illness spreading like wildfire throughout the world.”

On Tuesday, Asleep at the Wheel head Ray Benson posted an upbeat health update after three weeks of suffering from the virus: “I think I’ve licked this thing.” Previously, he shared frustrating experiences of enduring multiple doctors’ visits for other conditions before being given the COVID-19 test. The famed country swing crew originally planned for a 50th anniversary tour last month.

Campus classic Cactus Cafe announced its own fundraiser, posting: “Unlike many music venues in town, the Cactus operates as a non-profit – we are funded solely by ticket sales. We do not receive any revenue from the bar, nor do we receive funding from the University of Texas.” Find more venue fundraisers on our Daily Music Blog.