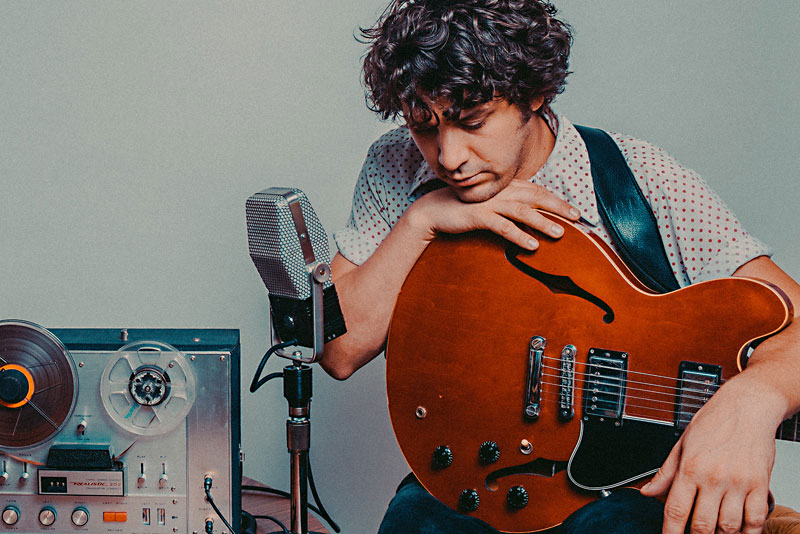 The first thunderclap sends Andy Bianculli running for the shelter of his East Austin house, seconds before the rain crashes hard and suddenly. He catches his breath and coughs.

"I swear I'm not sick," jokes the bandleader over the phone.

On this Saturday before the mayor officially locks down the state capital, weather hardly constitutes the only variable. Time plays out in an odd dance of suspension, moving slow and fast at once in a way the human mind doesn't quite know how to process. The world outside appears bizarrely, calmly normal.

The New Sounds of Late Capitalism captures our uniquely, suddenly insecure moment, but Bianculli finds no solace in his knowing witness.

"I'm alright, who knows?" says Bianculli, 35. "I had that panic early in the day, where I just started thinking about it too much and got really into it, but now I'm pretty calm, I guess. My neighborhood, it's very interesting, because I don't feel like everyone's got the memo. There's a park on my corner where people are having cookouts, so I don't know."

The singer speaks with an intensity that's simultaneously anxious and thoughtful, fascinated to follow where his own thoughts might lead. There's an over-analytical, critical self-awareness coming through in his music as Star Parks.

Having swelled the band to seven members and fleshed out with triumphant horns, Bianculli's new sophomore LP, The New Sounds of Late Capitalism, spins particularly prescient in these uncertain times. The album salves with a lush, dreamy sound, at times bursting with a lounge-y energy that belies the angst and paralyzing futility that seeps from its author's frequently disillusioned and solipsistic lyrics. Relationships are doomed to fail, isolation looms inevitable, social structures stretch thin, and yet the world continues on in naive ambivalence.

"I wanted it to be about this weird sidelined perspective of an event," he explains about the album, recorded throughout 2019. "I just feel like that, knowing something horrible is going to happen, but everyone is having a really nice time around you. It's these singular moments where you're the only person that seems to know everything is going to go horrible."

The songwriter points to opener "Palm Sunday," sinking into a soothing sway as his pinched vocals lilt toward the closing chorus: "It was all for nothing, and the band played to an empty room, must have felt like Palm Sunday to you." Bianculli considers the religious analogy: a celebrated arrival leading to death as hastened by the unawareness and an uncompromising march to a fate. Everything holds on so precariously when collective society ignores reality.

Nevertheless, Star Parks revels in tension, the untethered moment before things fall apart, and the almost joyous surge of orchestral themes and dreams of a soft place to land.

"That's always been the trick, the Brian Wilson move," he laughs. "The very sad, melancholy themes with major chords and that kind of arrangement to fool people. It's like a seduction in a way.

"I think when I'm trying to write a record or put songs together, it's very postmodern," he continues. "You have all these things to pull from. It's 2020 and you can listen to anything that's ever fucking existed. I was listening to Hawaiian music, Ethiopian music, and Benny Goodman and that Forties kinda stuff. You take all those things together, and it makes a natural palette.

"A lot of times it feels like an opera would, or like the prelude to an old movie where you hear all the themes before each song is introduced. That established the main themes of this record both lyrically and musically, and then kind of sewed them in and out of stuff."

Bianculli, who grew up in New York and attended college in Baltimore before moving to Austin in 2008, always boasted a clarity of creative vision, knowing what he wanted to create even if the opportunities for doing so rarely presented themselves. He kicked through various bands, most notably the retro psych-pop of the Preservation, before finally committing to Star Parks in 2015. Debut LP Don't Dwell hinted at the lush direction the conceptualist sought for himself, even though the recording itself necessarily reflected the stripped-down nature of the band's initial incarnation.

To realize his ambitions for Star Parks' follow-up, the songwriter turned to producer Danny Reisch. The two geeked out in the latter's Lockhart studio, finding a warm sound both nostalgic and new, running recordings through a reel-to-reel machine and then back to tape.

"Making the record, the production is my favorite part of it," Bianculli enthuses. "Danny and I, we were meant for each other. That's the relationship I've always needed. I feel like I'm communicating differently, like always talking about color and abstract things when it comes to music, but he's very practical and knows how to accomplish the thing.

"I might say, 'I want to make this really purple,' and he's the guy that knows the tools to make that happen. He's just so good and I'm not that good to do it on my own."

The New Sounds of Late Capitalism captures our uniquely, suddenly insecure moment, but Bianculli finds no solace in his knowing witness. Holed up at home, he's already finishing a new EP for local imprint Modern Outsider, leading with the gauzy and harrowing "Everything Is Temporary."

"I have a very hard time writing about joy," he offers with a sigh. "I'm pretty nostalgic. I don't want to be and don't feel like it's the best way to be, but I don't like the modern world and I don't know how to live in it." 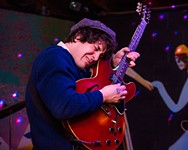