The night everything cancelled in the capitol 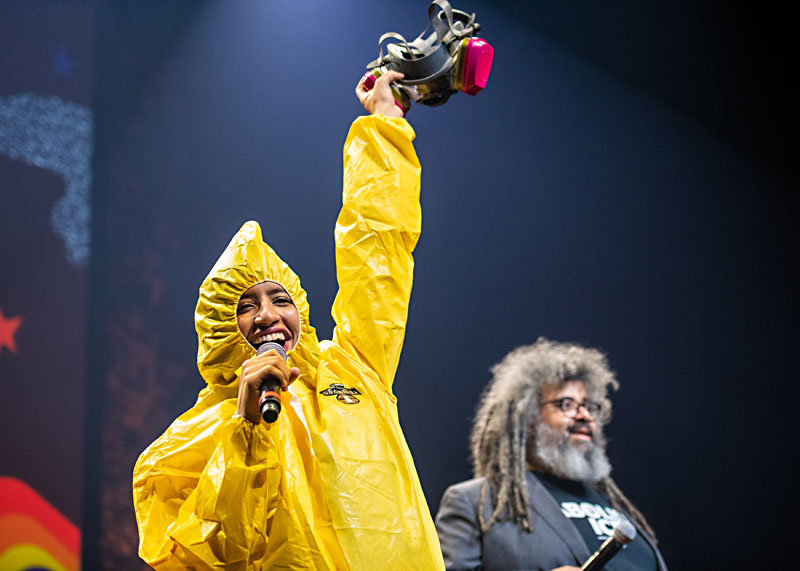 This year’s AMA cut-ups, er, hosts: Jackie Venson, in the yellow ensemble, and Chris Cubas (Photo by David Brendan Hall)
Communal to the last, Austin’s music scene remained the central focus as one of its biggest musical ambassadors, Britt Daniel, revealed that Spoon flew into town from recording specifically to accept Best Rock Band in appreciation of the city that helped launch them.

In the best sense of the word, "communal" defined the mood at the Moody Theater on Wednesday night, March 11, for the 38th annual Austin Music Awards. Typically the unofficial start of SXSW Music week, the homegrown fête this year instead became a moment for the local music community to come together after a shell-shocked week.

"They said cancellation, we say celebration," announced the show's producer, a determined Louis Black, onstage to open the ceremonies. "This is about our town and our community. We celebrate together, we mourn together, and we move forward together."

That impulse held sway over the next two and a half hours.

The show, now under the direction of Nedda Tehrany and musical director Michael Ramos, took a delightfully scrappier turn than previous years' more gala-oriented emphasis, a ceremony without pomp, as befits the circumstances. Key to this proved a general admission open floor in front of the stage, which replaced last year's table setup and allowed for mingling and movement in a space known for exactly that. Likewise, performances culled mostly from the night's winning acts – with no special guests or even much in the way of mashups, a longtime AMA specialty – provided a much-needed shot in the arm for a reeling local populace. 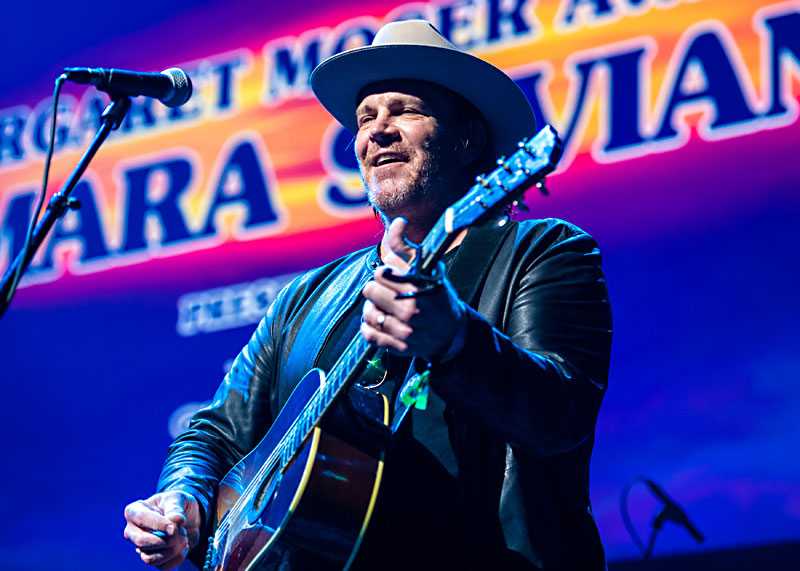 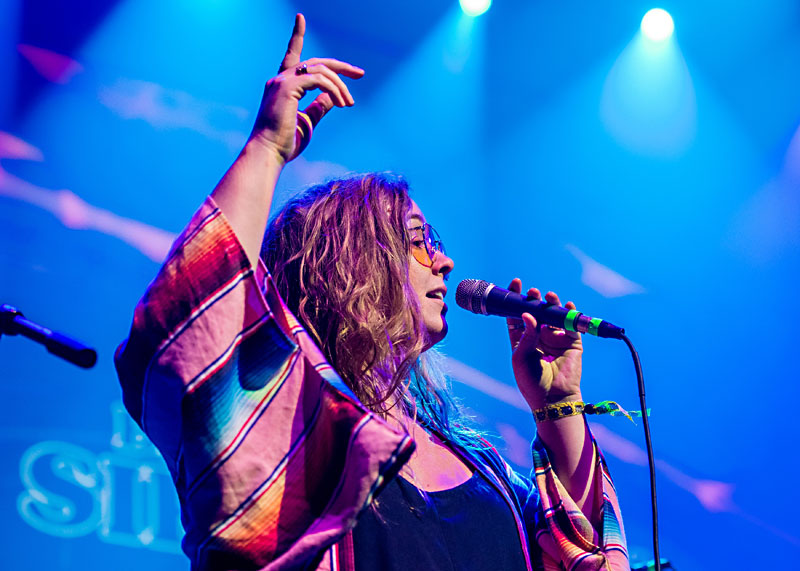 Such intentional informalness, in fact, made the show.

In that regard, the charmingly haphazard hosting by Chris Cubas and Jackie Venson led the way. The actual show and even the awards played second fiddle to the real-time gathering, with winners offering thanks, not speeches, through the emcees' handheld microphones, which replaced a formal podium. This tweak alone shaved 90 minutes off what is traditionally a four-hour show and kept the pace at a relatively quick clip.

Best World Music winner Hard Proof worked to warm the crowd early, the ninepiece funk act setting a heavy groove followed by the wallop of Best Metal band the Well. Grupo Fantasma, taking home Best Latin and celebrating their 20th anniversary, continued to ramp up the energy throughout the first third of the show. 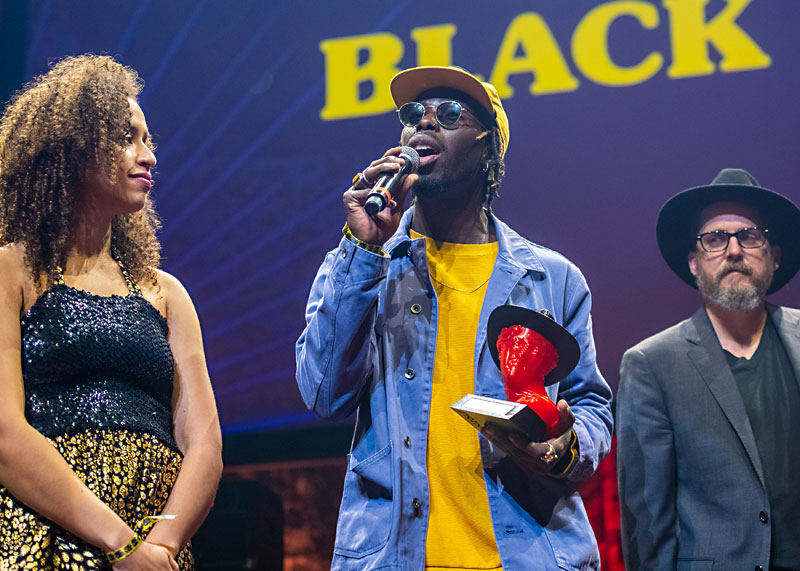 Wild Child's Kelsey Wilson showcased her Best New Act, Sir Woman, delivering a powerhouse double shot of R&B pop in preview of an upcoming debut. Jack Ingram provided the other top highlight, as he presented author, filmmaker, and Americana activist Tamara Saviano with the Margaret Moser Award. As she exited, he wielded an acoustic guitar on what could have been the back-to-basics theme song for the evening: Guy Clark's "Stuff That Works."

In accepting awards for Best R&B and Band of the Year, Black Pumas frontman Eric Burton acknowledged, "Austin, Texas, has been the first place I felt like I found a home." Equally poignant was Jegar Erickson's introduction to the In Memoriam segment and a moving remembrance of his father. He brought the entire theater to a hush as he focused not on Roky Erickson's musical legacy, but instead on the psychedelic pioneer's relationship with his grandson. 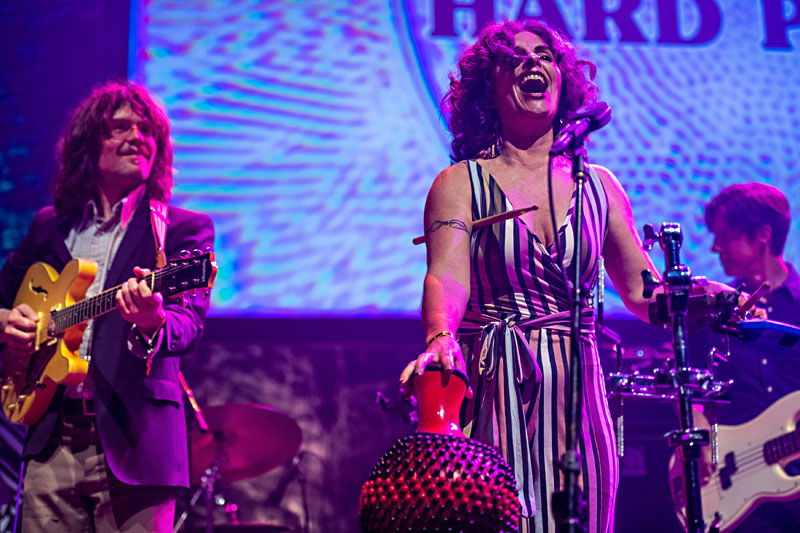 Kathy McCarty followed by celebrating another idiosyncratic Austin icon with a performance of the late Daniel Johnston's "True Love Will Find You in the End," with Rich Brotherton contributing lead guitar. Local Western duo Harry & Emmy then turned in a gorgeous, country-tuned tribute of Erickson's "Starry Eyes."

Mayor Steve Adler's induction of Carolyn Wonderland into the AMA Hall of Fame then addressed the elephant in the room. He acknowledged the city's decision to cancel SXSW as "something that had to happen," but emphasized "Austin is not closing" while urging responsible awareness from fans in the coming weeks. As if to make the point, Wonderland couldn't accept her award out of caution for the cough she'd developed. 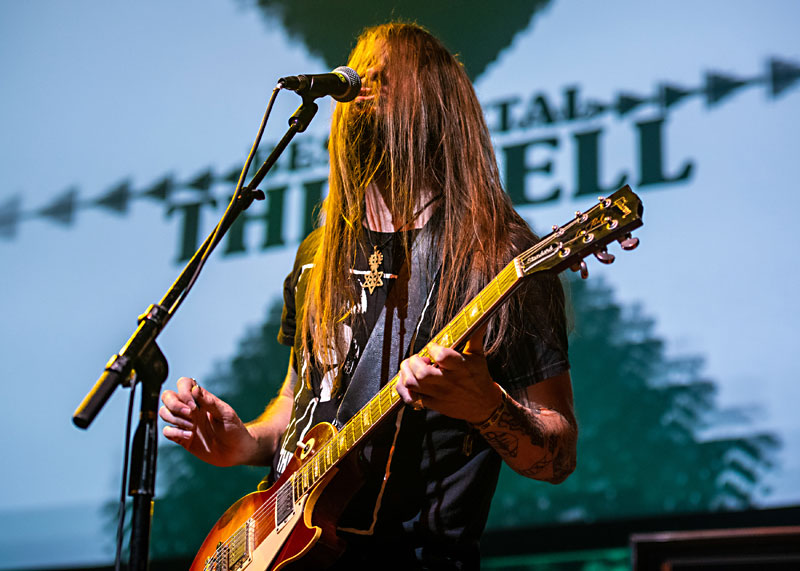 Bill and Ruth Ellsworth Carter made up for her absence in accepting the Townes Van Zandt Songwriting Award. The former strapped on a guitar and joined the Mayor's House Band – Ramos, Charlie Sexton, and Gabe Rhodes, alongside Best Bassist Lolita Lynne, Best Keyboardist Emily Gimble, and Best Drummer J.J. Johnson – for a ripping rendition of the couple's hit song for Stevie Ray Vaughan, "Crossfire." Wilson and Best Vocalist Tameca Jones then joined the ensemble for blowout "Why Get Up?" 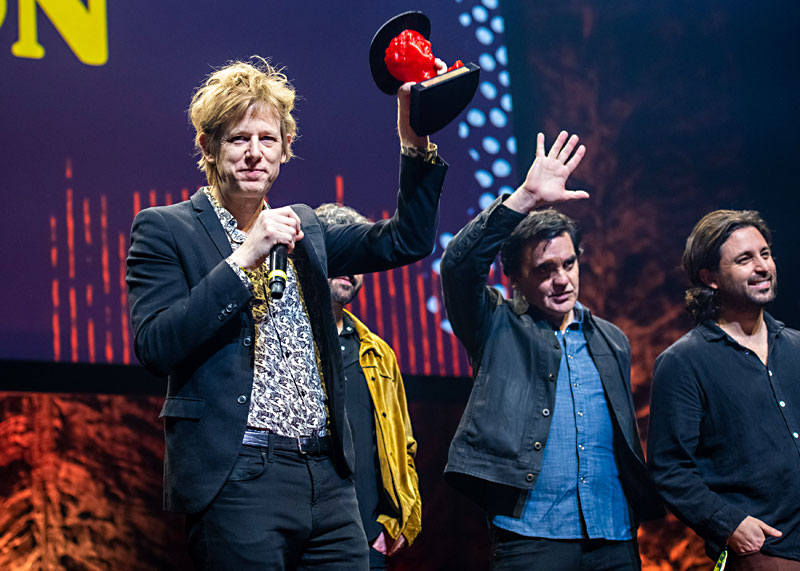 Spoon flew in specifically to accept the “Leslie” – nickname for the new AMA statuette – for Best Rock Band. (Photo by David Brendan Hall)

Communal to the last, Austin's music scene remained the central focus as one of its biggest musical ambassadors, Britt Daniel, revealed that Spoon flew into town from recording specifically to accept Best Rock Band in appreciation of the city that helped launch them. And although the night's big winner, Gary Clark Jr., didn't arrive in time to accept his five awards (Best Blues, Guitar, Musician, and Album, and Song of the Year), he materialized at the afterparty as the backstage opened up and the winners and fans came together.

For the 2019/20 Austin Music Awards, the simple act of gathering mattered more than any accolades.

For a full photo gallery of the whole show and evening, please visit austinchronicle.com/photos. 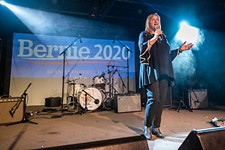