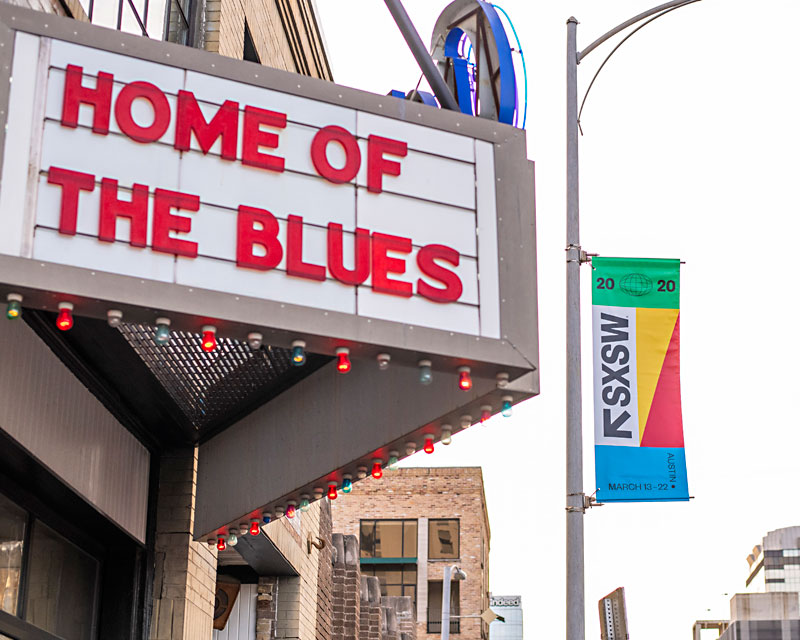 Even before news of South by Southwest's cancellation broke, Rock N Roll Rentals owner Jim Norman took measures to protect employees and customers at his gear facility from the coronavirus. Equipment would be sanitized, microphones cleaned with 70% isopropyl alcohol, and the shop's door handle disinfected routinely.

"I'm not wanting to be afraid or overdo it; I just want all the protocol worked out so that if COVID-19 shows up in Austin, we can be as prepared as possible," he said.

Concerns about the respiratory virus proved enough that, on March 6, city officials canceled SXSW. During the press conference at City Hall, no one mentioned how the decision would impact Austin's year-round music businesses that have counted on a March financial bump for decades. Asked how the festival's repeal would affect his business, Norman characterized it as "significant, no question, but we will cope."

Then he added that production businesses "would be hurt – bad."

Indeed, a person at one prominent Austin business that stages concerts and operates audio estimated to the Chronicle losses of $350,000-400,000 from clients scrapping events. That individual called Friday the darkest day they had experienced in the local production industry. A source at another local events company reported a deficit of the hundreds of thousands due to coronavirus-related client annulments that began prior to the SXSW announcement.

The work of Austin's venue operators also became chaos. An hour after the city's pronouncement, the Chronicle reached venue owner Jason McNeely by phone. Counting stakes in Hotel Vegas, Barracuda, and Kinda Tropical, he described the cancellation as "devastating" for Austin music clubs. He reiterated the well-known local dynamic that March often bails out venues operating on razor-thin margins with increased income. 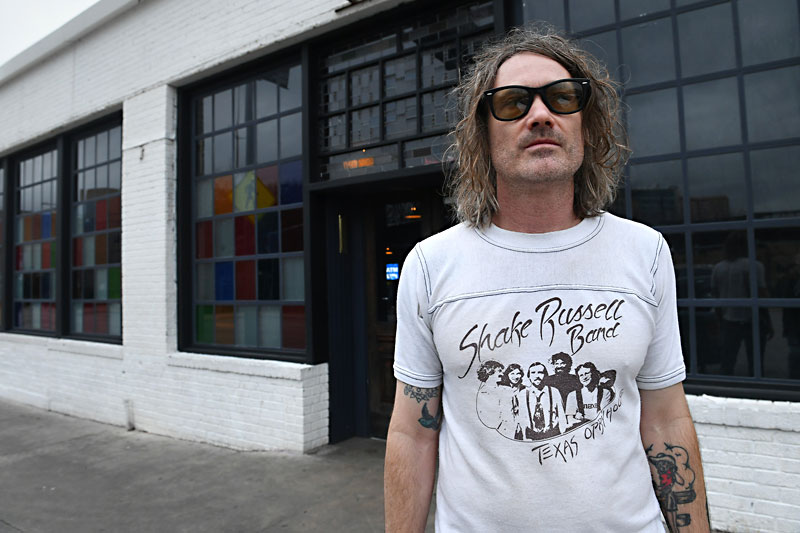 Following the 4pm press conference, in which officials offered scant information on events that promoters could stage in place of official SXSW programming, McNeely revealed that club operators were scrambling to salvage shows to fill their rooms next week during what would have been the music festival. Already, sponsors and bands had exited, leaving venue owners such as himself holding the bag on increased deposits he won't necessarily recoup.

Cody Cowan, a veteran club runner in Austin's vaunted Red River district and now the vice president of nonprofit Austin Music Movement, noted that Downtown venues frequently pay double rent in March because it's written into their leases due to the month's lucrative nature in Austin. He pointed out that many put in for large beer orders, which now may go bad before they can sell it all.

Cowan said he hopes Austin venues rally despite no official festival programming and significantly fewer sponsorship dollars. Throwing a week of music that'll serve the creative community and generate money – something that feels like a "birthday party" instead of a "funeral" – would make the best out of a previously unimaginable situation. Other local industry leaders chimed in via social media.

"The venues literally survive off of SXSW," he wrote. "Not all, as some have a good year round business, but the amount of venues that use that week of slammed bar sales to get them to the end of the year (especially after the slow winter months) will shock you. ... It's a labor of love for most involved, and I don't know how some of them are going to make it to the end of the year."

Cheer Up Charlies co-owner Maggie Lea posted: "Ugh. This is our whole economy, down to the Porta Potty guy and the tent people and the ice guy. ... We were all depending on this, and we have all worked all year for this week." 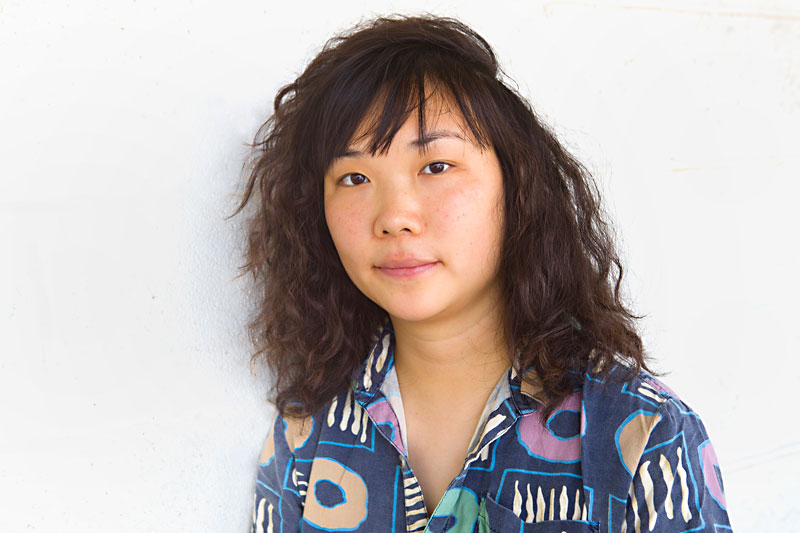 Lea's partner, Tamara Hoover, confirmed by text that the Red River venue will schedule as many events as possible for what would have been SXSW Music week, March 16-20.

"Gotta find ways to continue on," she wrote. "We will hold as many events as we can in the upcoming weeks – looking forward to moving forward."

Last Friday evening, a GoFundMe effort called Banding Together ATX – representing more than 50 entities in the Red River Cultural District and headed up by Heard Presents, the production team that runs Empire and the Parish – sought to raise $100,000 for impacted parties: "The cancellation of SXSW due to a global health crisis has and will adversely impact thousands of artists, hospitality and production workers, [and] businesses and organizations that rely on that event to survive."

Stated goals of the fundraiser: "Ensure as many artists and events that want to continue on and perform a showcase in Austin in the following weeks are able to do so. Provide financial relief to artists, workers, and partners who have incurred unrecoupable expenses in connection with confirmed events and performances. Provide financial relief for artists, workers, and partners who have lost income that they counted on to pay bills, rent, etc. Cover any additional expenses that may be incurred to ensure safety of patrons of these events as required by our local, state, and federal governments."

According to Chronicle music listings, about 60 non-SXSW Music Fest events canceled. Meanwhile, several hundred replacement shows have popped up. Concerts in small- and medium-sized brick-and-mortar venues have been free of city scrutiny, while municipal officials prohibited "events with 2,500 or more people unless organizers are able to assure Austin Public Health that mitigation plans for infectious diseases are in place." Events requiring a permit were being evaluated on a case-by-base basis throughout the week.

The international impact of the coronavirus will reverberate long and hard in Austin's concert industry. At press time, organizers of America's most prominent outdoor music gathering, California's Coachella Valley Music & Arts Festival, were reportedly looking to postpone the event from April to October. That would likely affect bookings for local crown jewel, ACL Fest, that same month. ACL frequently shares a sizable chunk of its lineup with Coachella and now may have increased competition for headliners.

Meanwhile, even the most senior of conference veterans find themselves in new territory, since SXSW has never been called off in its 34-year existence.

Austin's longstanding vinyl emporium Waterloo Records announced cancellation of its free in-stores during SXSW. Owner John Kunz said he felt it was "the right thing to do" given the concerns for public health. He plans to reschedule soon with any local artists impacted, including a performance by Terry Allen & the Panhandle Mystery Band. Alongside next month's Record Store Day, the annual conference marks a bump in sales for the homegrown vinyl retailer.

"The loss is going to be significant, but we won't know [how big] until it happens," said Kunz. "We've been having South By events for the past 30-something years. Still, no one knows how many college spring breakers are going to be coming here, or how many people already have a plane ticket."

We Have an Issue: Brace for Impact
Either way, COVID-19 is coming. Let's look out for each other. 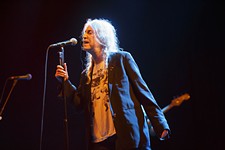 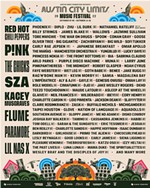