Why Austin venues and musicians need you to turn out the next 10 days, and where to do it 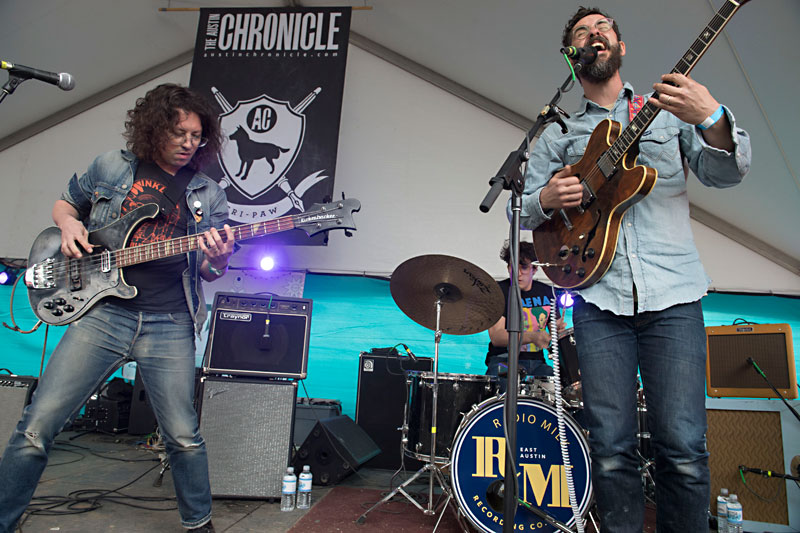 In the wake of the city of Austin's cancellation of South by Southwest at 4pm last Friday, local venues scrambled to salvage both day and night shows amid widespread pullout from bands and sponsors. To ensure as much rescheduling as possible, Red River Cultural District business owners quickly established an online fundraising effort called Banding Together ATX.

"It's more than just writing checks," explains Empire Control Room partner Stephen Sternschein, who launched the effort under production wing Heard Presents. "It's coming together to ward off as much of the damage as possible. The number one priority is to have fans come out, so we need the least amount of subsidies later on."

The coalition will coordinate updated bookings for the week under the tagline "We Can Do Magic," including preservation of headliners like Wire, Questlove, Power Trip, the Spits, and White Denim. Sternschein says the fundraiser's goal of $100,000 can help cover production expenses like hand-washing stations, as well as housing and payouts for artists. While the RRCD team oversees distribution of the funds, the effort supports participating venues throughout the city. The group hopes to begin divvying funds during the festival week.

The GoFundMe sits alongside various other fundraisers for industries impacted by the cancellation, including the Mayor Steve Adler-backed Stand With Austin Fund. Business owners suspect that effort may take longer to distribute through nonprofits. Alongside fundraising, Music Venue Alliance Austin Executive Director Rebecca Reynolds plans to pursue federal and local disaster relief resources.

"Everybody is doing their own triage," says Reynolds. "I feel fairly confident that, once we gather all the data, we will be able to find enough disaster relief funding to help significantly."

Last Saturday at Empire Control Room, where venue owners met to coordinate their push forward, Drew Dunavan, COO of the Werd Company, distributed a memo reminding that local music production businesses should be included in any such relief efforts. His business typically helps put on multiple SXSW events daily for major clients like Red Bull and Yeti.

Dunavan calls their losses "monstrous" and doesn't expect most insurance to cover Austin's declaration of a "local state of disaster."

"We don't live and die by SXSW, but the way it went down all at once makes for potentially catastrophic loss," he furthers. "As we see everyone banding together, the gap is getting filled, which is exciting. Instead of planning SXSW in months, we're planning it in days."

There's a lot at stake. Cheer Up Charlies co-owners Maggie Lea and Tamara Hoover rely on SXSW earnings to help cover venue expenses far into the fall months. They say making up just 30% of typical festival-related profits would be a "huge victory," although they've already missed out on a week of SXSW Film events with major clients.

"We hope people who have written off SXSW [still] come out this year – maybe because it sounds more like the smaller, local festival they're looking to attend," explains Lea. "That support would be a lifesaver for us."

Adds Hoover: "It's more important than ever that people come out and see shows this next week."

Despite the obvious no-go's, Austin music continues pushing through with festival-ish events of the revised, still-going, and totally-brand-new varieties. Find an up-to-the-minute tally at austinchronicle.com/unofficial. If you have a show we should know about, email the date, time, location, and band names to clubs@austinchronicle.com.

This four-day convergence, free with RSVP, reins in Questlove on Saturday. Outside, the Grammy-winning Roots drummer aligns with ecstatic local fusionists Trouble in The Streets indoors, plus music programming aplenty. Austin Town Hall vs. Side One Track One

Local label Spaceflight Records and creative complex Mosaic Sound Collective blaze forward with a nonstop, totally free array of local headliners. Behold the Black Angels, the Sword, ...And You Will Know Us by the Trail of Dead, Golden Dawn Arkestra, Brownout, Holy Wave, Residual Kid, Think No Think, Peelander-Z, and many more. 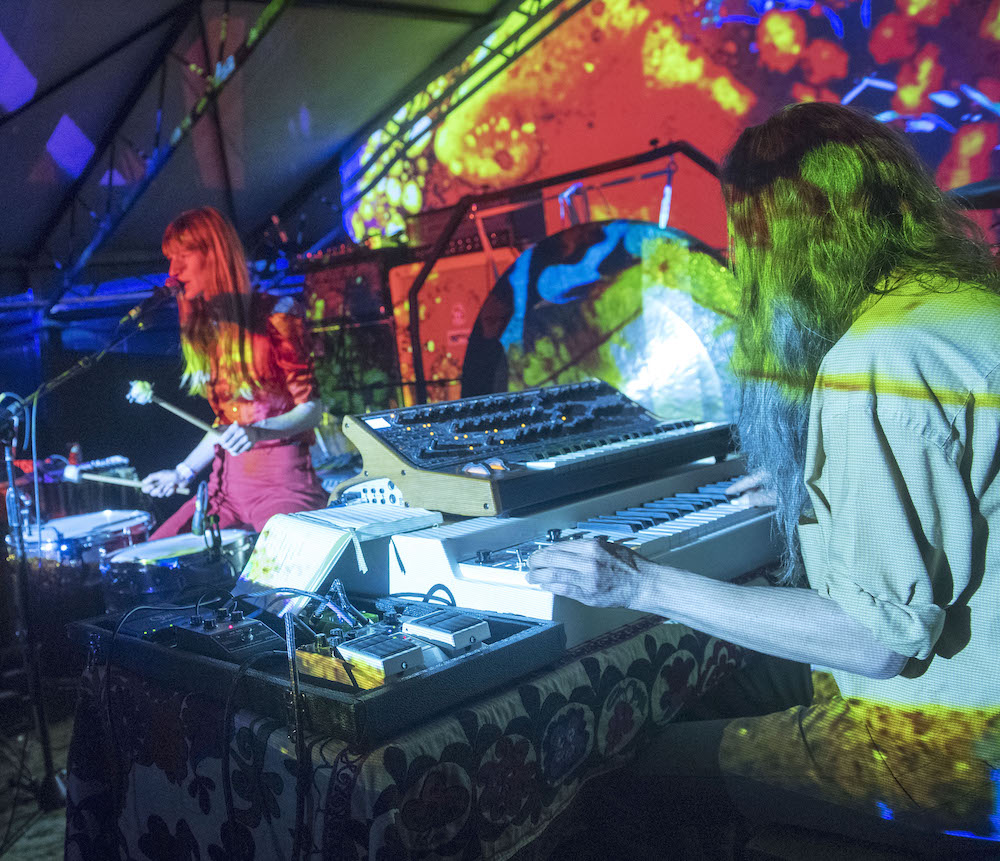 The Chronicle's annual combo of free Tacodeli tacos and hand-picked local music – named for our tripedal canine mascot, Hank – lives on in its seventh year. Prepare for the interstellar stylings of local trio Dallas Acid, offering their only live appearance of the week. Prior, Go Fever pack salty-sweet rock earworms, while Being Dead bring spunky punk sing-alongs. Mike Melinoe begins with bold, eccentric hip-hop stylings off last year's Clajidu. Free with RSVP at austinchronicle.com/dayparty, and follow @chronevents on Instagram for a chance to win a T-shirt, beer cozy, bandanna, and more!