An Intergenerational Vision for the Austin Music Awards 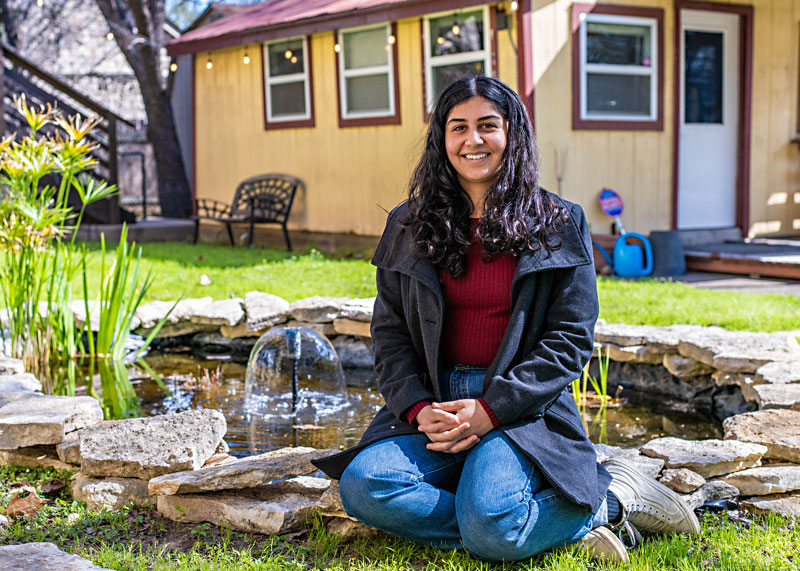 Not easy pinning down Nedda Tehrany. Nevertheless, duties as director of the Austin Music Awards have managed to briefly stabilize the shape-shifting 28-year-old local. Working for ceremony co-founder Louis Black for the past two years is the longest-running gig she's ever held down.

"Louis asked me a couple times to become the director and I kept saying no," says Tehrany. "I've always been anti full-time job. It's so important to make time for personal growth. I am a dynamic person, and I find a lot of joy in being a well-rounded human."

Black, who Tehrany considers "a guru and a mentor," eventually convinced her. The behind-the-scenes festival vet follows Celeste Quesada's retirement after six years at the helm. Before coming aboard the AMAs as a production manager in 2018, Tehrany toured working U.S. music festivals with FrontGate Tickets.

After time logged in event production for C3 Presents, she still helps manage box offices across the concert megawatt's Austin venues. She first waded into music gatherings while cooking for food trucks, soon after moving to Austin a decade ago. The Plano native grew up speaking Farsi at home and learned English with a twang by watching old Westerns.

She learned her love for music, especially disco, at home.

"Our huge family would come over every weekend, and all the men would have a drum circle in the living room," she recalls. "My mom and all my aunties would belly dance."

To maximize movement, her first act as director became removing the gala tables from the floor at ACL Live.

"People have to dance," she expands. "That energy exchange between the crowd and the band is so important to local music. That's how people feel valued."

Meeting up one Sunday morning, Tehrany is hoarse from "screaming along" to Big Bill and Go Fever sets the night prior. Enthusing on local duo Harry & Emmy, selected for a Roky Erickson tribute, she says, "Their voices make a rainbow in my brain."

She chose the twentysomethings to balance Kathy McCarty's Daniel Johnston remembrance, and remarks on seeing two generations connect at rehearsals.

"Last year, the night of the [AMAs], I realized no one looks like me here," notes Tehrany. "I thought about that for a long time. When you go to shows at Empire, Mohawk, Cheer Ups, and you see your friends – that's the local music scene, right? I was like, 'Where are those people?'"

The new director hopes for floor tickets decreased to $30 and a shorter runtime to make the event more accessible. She's also proud to do away with gendered categories for Best Vocalist. While the revisions mix things up from recent AMA iterations, Tehrany sees them as a return to the show's roots.