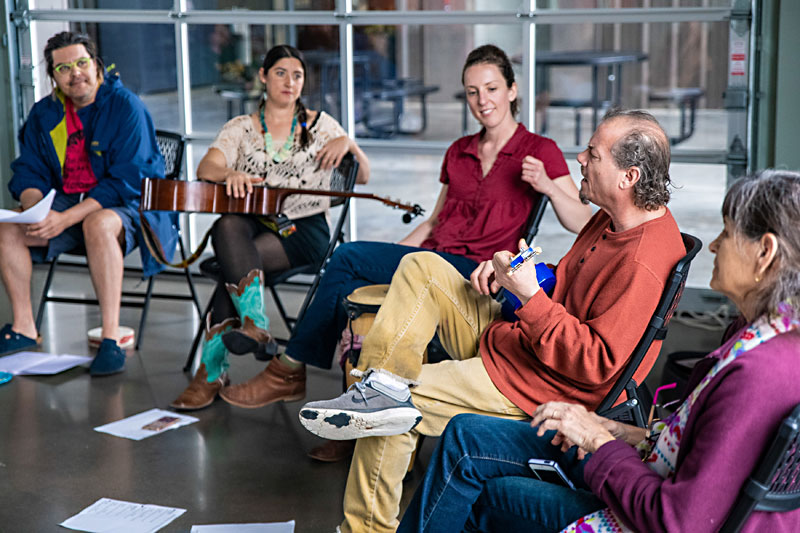 The residents at Community First! Village, a virtual hamlet of cottages and campers in East Austin, are familiar with not having space, having struggled in the past to find secure housing. Nevertheless, on Monday afternoons a group comes together and trades tunes. It's Austin's only song circle specifically for people recovering from living on the streets.

Vanessa Lively, the singer-songwriter who founded Home Street Music in 2017, began last week's circle, as usual, with a gathering song, followed by introductions from the 13 participants. They weren't stock images of homelessness. They're mothers, fathers, grandparents – people with complex histories. Some have easygoing personalities that belie their backstories. Most of them have lost loved ones. They all care about each other.

Several of the residents I met have the souls of artists. One fixture of the group, a funny gray-haired gentlemen named Scott, played a new cut from his seemingly endless flow of quality pop songs on a borrowed ukulele – his main instrument being piano. A neighbor named Juan, who played in bands a short lifetime ago, moved us with a power-ballad that repeated, "Lay me down on your bed of nails." On a job application, these men might not appear as compelling candidates, but give them a song and they'll blow you away.

Then there's Jess, who's recently found housing through Foundation Communities. He performed a fascinating poem backed by Lively and co-leader Nicolette Good, and he interspersed his observational prose with a refrain: "Run away/ Run away." That collaboration evidences the input and inspiration that comes specifically with the circle format. When Lively first received a Music to Life award to fund a music-related community activism project, she envisioned simply giving homeless people access to instruments and creative space. It only took one week for it to evolve into a sphere of sharing.

"That's when we began seeing more results from the therapeutic side of things," reflects Lively. "There'd be people coming in who were extremely closed-off, shy, and suspicious. Within a few weeks of coming to the circle and seeing that it's a safe, organic music space, people came out of their shells quickly and gained so much confidence in their own voices and start[ed] sharing their art."

Meanwhile, the therapeutic qualities of music have never been more obvious than with Joyce, a sweet grandmother with faded hand tattoos and an affinity for George Strait. When someone sings a song, a visible euphoria washes over her, so much so that while Juan sang, she pointed and blurted out, "That sounds so good. That makes me feel good!"

"This song circle is a catalyst," adds Lively. "For people to realize how important music is to them."

Home Street Music takes part in the Feel the Collective Vibe Concert, Saturday, Feb. 29, at Austin Central Library. There will be a jamming workshop at 3:30pm, followed by a concert at 7pm that’ll include performances from Erin Ivey and Thor & Friends. 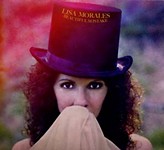 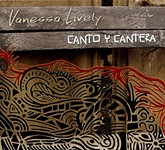