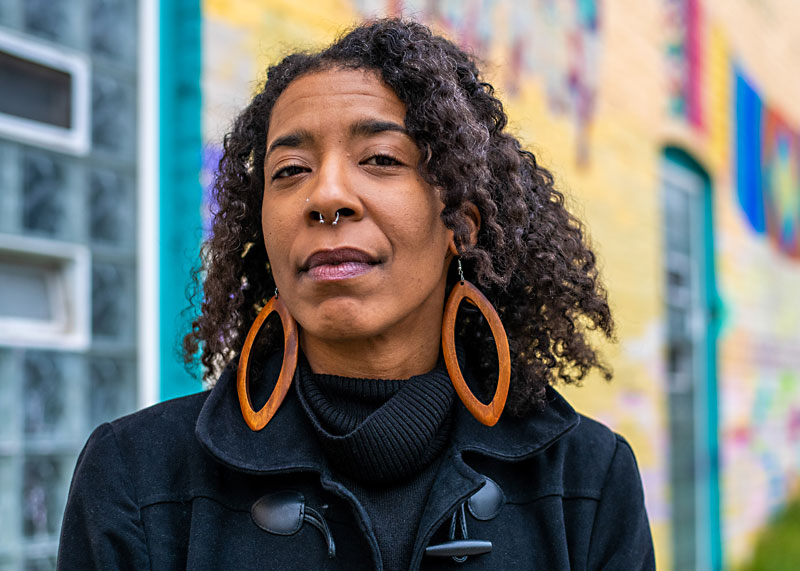 Beginning in the late Nineties, local DJ Shani Hebert broadcast deep house cuts as Chicago radio program The Groove Temple. Illinois presence Dee Jay Alicia, emphasizing the soulful sounds of house, frequently stopped by as a guest. The two pros, plus local funk expressionist DJ I Wanna Be Her (aka Ericka Herod), load in on Saturday at Empire Control Room for the fifth annual United, a "Black History Month Boogie."

"It was a party in the beginning, with all different genres of bands," explains Hebert, a Chicago native. "I was like, 'Well, people in Austin like to dance and drink to house music, they just don't know what it's called.' First I changed it to all black DJs, and this time it's all black women."

Presented with urban beautification nonprofit Raasin in the Sun and local artist Miriam Conner, the party expands from Sahara Lounge to Empire Control Room. Hebert hopes for the roomier locale to better accommodate club enthusiasts with walking aides, like herself. She grooves with a cane after being diagnosed with multiple sclerosis.

BossBabes hosts a "Chill & Chat" panel with all three DJs on Friday, 7-9pm, at the Line Hotel. Singer Nnedi Agbaroji of Trouble in the Streets moderates. Hebert says the trio represents cross-generational talent.

"It's basically us telling our individual stories, and what it means to be a black woman in a sea of white men playing house music," explains Hebert.

As for her advice to newbies, the DJ urges crate digging.

"Cambodian folk songs, Polish hip-hop, Brazilian jazz ... Listen to it all," she says. "To maintain longevity, you need a solid foundation."

On Feb. 5, Brenden "Chameleon King" Foster arrived at Austin's Hippie Hollow Park, one of the 25-year-old's favorite places to meditate. Video shows the local musician, known as ChmlnKng, returning with snacks from 7-Eleven around noon. Car abandoned, he's not been seen since.

"We are sending love to Chameleon, and just wanting to bring him home," she said. "A lot of this stuff still isn't making sense, but we are pushing to find our brother."

Over the past two weeks, boats, dogs, divers, and drones have searched the area. The 5-foot-10-inch musician, with a slender build, may be wearing a nose ring. When last seen entering the park, Foster had on a black coat and black jeans.

Siblings Foster and Muhyee, originally from Oakland, relocated to Austin five years ago. A GoFundMe supports resources for the search, alongside a Facebook page with updates called "Bring Chmln Home." There, his sister shared video of Foster's charismatic rendition of Al Green's "Let's Stay Together" at a local concert.

Austin label KeyzStreet Music, supporters of Alesia Lani, helped uplift Foster's music with production by Gary Clark Jr. keyboardist Jon Deas. Breezy, buoyant R&B like "LoveYaSelf" uphold Foster's talent as a vocalist and knack for inspirational messaging. On latest track "Lost (Don't Get)," he croons, "You're worth so much more, and God has so much in store/ When your life feels like it's hit the floor/ You gotta get back up."

"He is a beautiful spirit, who has been on this journey of healing," adds Muhyee. "You can hear it in his music. He puts out beautiful intentions, so I'm just asking you all to please help in any way that you can." 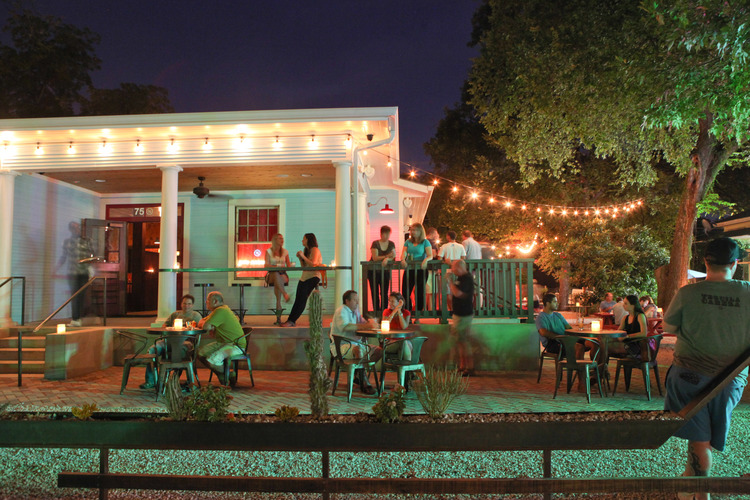 Following years of slinging cocktails on Rainey Street, Half Step stopped broadcasting music outside over the P.A. in January after multiple businesses on the nightlife strip received sound citations for outdoor sounds after 10:30pm. Although no decibel level is written into city code for post-curfew hours (after midnight on Fridays and Saturdays), patio playlists running 'til close has long been accepted practice in the area.

"It's hurting business," explains Doug Leveton, events coordinator at Half Step's indoor stage. "We've seen $500 to $1,000 a night missing on sales. And the bands are missing out on listenership, because we use music to pull people in."

Also a music commissioner, Leveton expressed concerns at the Feb. 4 meeting. His venue's experience matches multiple accounts of stepped-up sound enforcement on Sixth Street and Red River throughout January 2020. After conferring with City Entertainment Services manager Brian Block, Leveton restarted music over the patio speakers at Half Step – only to be cited again for the same issue again last Monday.

Four violations within 45 days could lead to the suspension of Half Step's Outdoor Music Venue permit, required for upcoming Sunday daytime concerts throughout the spring.

"We've done everything we can to comply, and we're still getting citations," adds Leveton.

Music Venue Alliance Austin head Rebecca Reynolds says Austin Police Department officers received special training in sound enforcement, resulting in upped citations. The venue advocate would like to see enforcement transferred to Music Office staff, as well as use of sound meters for real-time readings. These recommendations and more were laid out in a June study commissioned by the Economic Development Department.

"We would rather APD focus on safety issues, and let someone in the Music Office handle sound," says Reynolds. "We need someone who understands the nuances of venues' different permits and can work with them toward compliance." 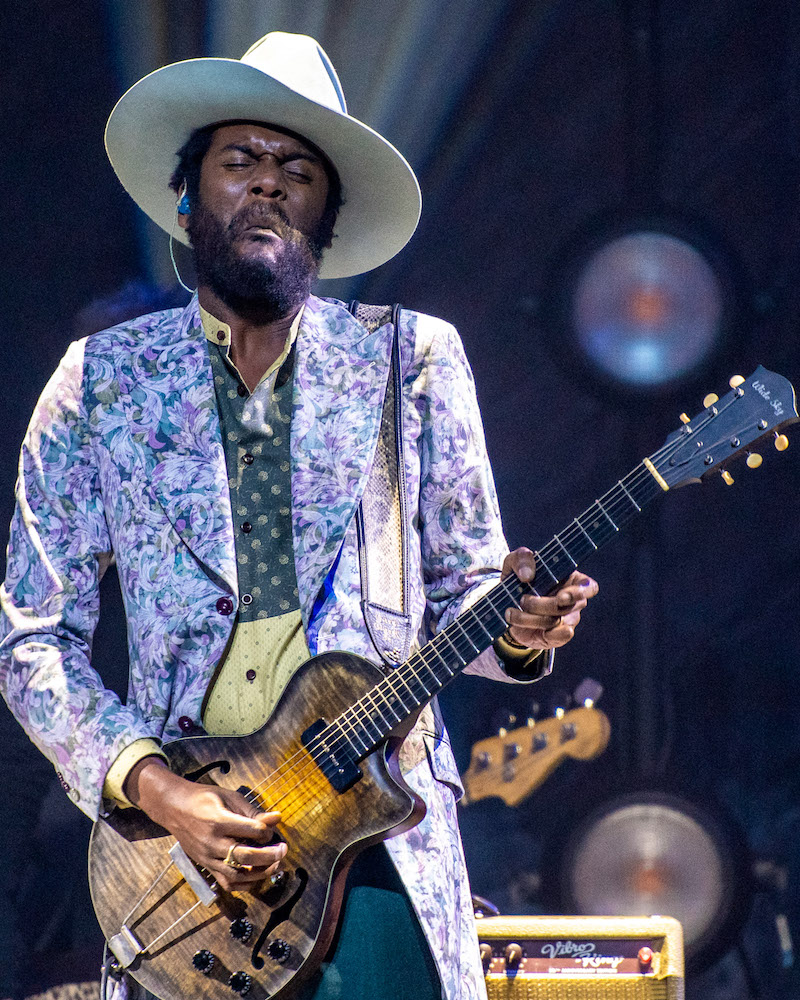 Gary Clark Jr. during the Voices for Justice fundraiser at ACL Live on Feb. 6 (Photo by David Brendan Hall)

The New York Times' popular Popcast questioned local son Gary Clark Jr.'s deservedness of prominent airtime at the Grammys, naturally leading to outcry from a local listener, who wrote: "In Austin, Gary Clark Jr. is the most famous musician – to the point where the Dixie Chicks are opening for him." The inquiry prompted on-air Googling of the Voices for Justice Benefit at ACL Live, with the Chicks booked for a special appearance. To settle the score, the Dallas trio came out halfway through Clark's Feb. 6 set to collab on just three songs, beginning with "Not Ready to Make Nice." I totally agree with NYT culture reporter Joe Coscarelli's assessment: "That sounds like a warm-up gig, for the return of the queens."

A Day in the Vines inaugurates with a star-studded lineup for Mother's Day weekend in Spicewood. After the Revivalists lead Saturday, Texas superstar Norah Jones tops a picture-perfect lineup of Patty Griffin, Mavis Staples, and Sir Woman for Sunday, May 10. Also on the C3 Presents boutique fest bracket, growing EDM annual Camp Nowhere returns to Circuit of the Americas June 21 with heavyweights Bassnectar, Rezz, and Jai Wolf. The touring party quickly rose to larger locales after a launch at Stubb's in 2018.