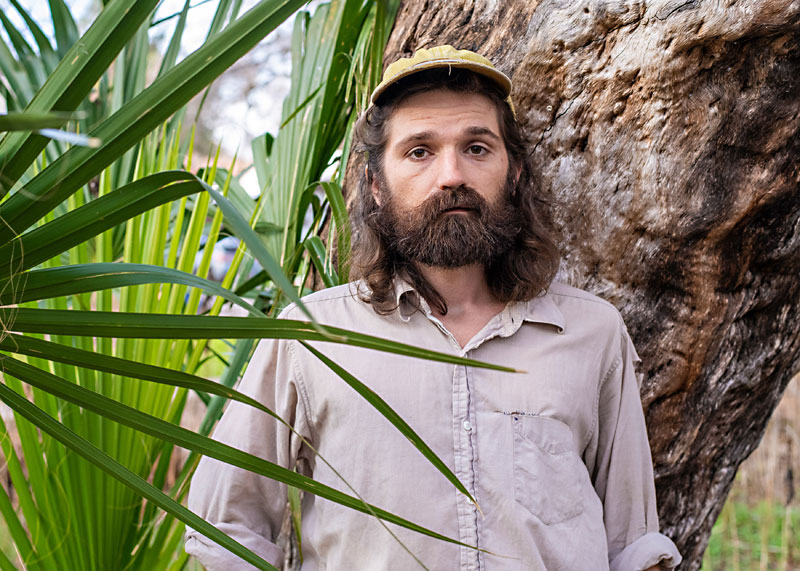 Mat Davidson needed to get some songs out of his system, so in November he released his second full-length with local label Keeled Scales. Adventure thus offered a turning point for the wondersome folk artist, who'd recently moved to Austin from his home state of Virginia.

"I'm trying to go through some metamorphosis, and I'm just at the beginning of it," he explains months later. "It feels like the end of a really long phase, and hopefully the start of another."

Following two other EPs in 2019, the world-weary upright piano and guitar musings of Adventure spin decidedly scaled-down from atmospheric expansions on prior album Rare Feeling. For Davidson, the new disc finally shakes off a long lineage of instrumental density akin to orchestral layering by the Low Anthem, who brought him to Providence, R.I., in a series of formative early 2010s projects.

"I had been a die-hard fan of theirs in Boston, so it was like some weird fantasy joining your favorite band," remembers the singer. 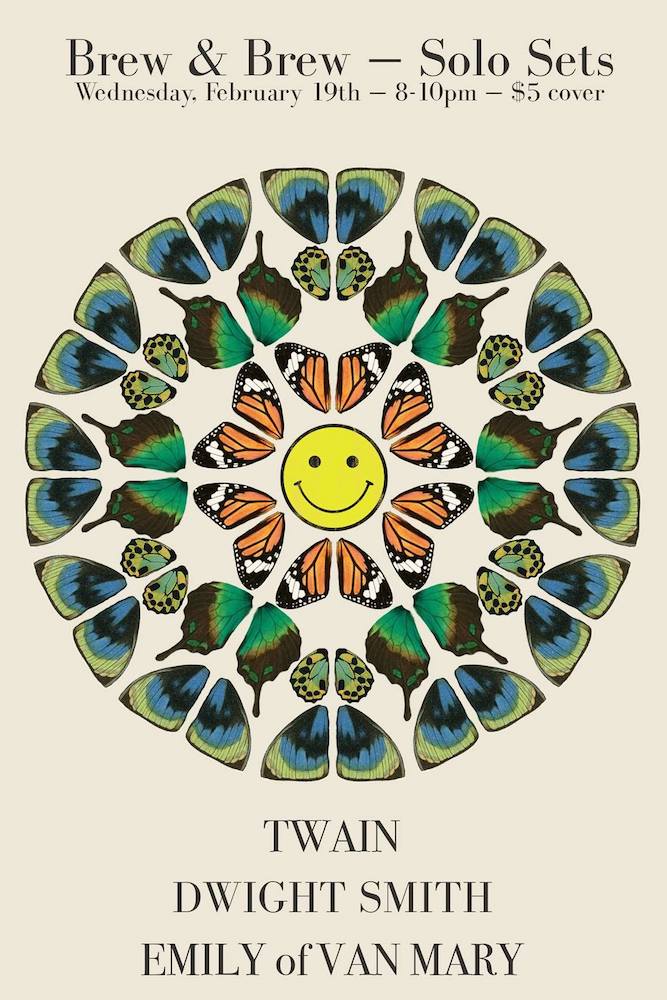 Meeting up locally at Eastwoods Neighbor-hood Park, the multi-instrumentalist arrives fresh from dates playing bass in and opening for Buck Meek's band. Later this month, he heads out with his other main act, Langhorne Slim. Despite the patchwork of full-time touring gigs, the newly minted Austinite now holds a lease to a tiny, rustic studio in North Campus.

"I moved around a lot as a kid, and I started to realize I don't love that," says the 34-year-old. "I'm feeling more on solid footing, and that's the challenge. It's a lot harder to make meaningfully positive music, rather than explore the dark side of things."

Rooming with just a tape machine, Davidson plans to continue work at Montrose Recording in his most recent home of Richmond alongside Twain mates bassist Ken Woodward and drummer Pete Pezzimenti. Currently, he spends days at the print shop of Little Mazarn principal Lindsey Verrill and jokes that proximity to UT may lead him to pursue a doctorate. Turning the page on his prior songwriting, Davidson's working on prose to accompany a collection of last decade's lyrics.

"I hope when the book is done, I can see that as one half and start working on the next half – which is hopefully a bit brighter," he explains. "It's weird to realize you do have control over your mood. I never wanted to believe it."

"You all sat down while I had my eyes closed," he remarked onstage.

That foray into the local scene continues Wednesday, Feb. 19, at Brew & Brew alongside Dwight Smith and Emily Whetstone of Van Mary.

"My friends have made roots and communities, and it hit me really hard last year that I hadn't even made the first step," concludes Davidson. "Coming to Austin, I felt self-conscious about that, but it's been so welcoming. I hope to be here a long time." 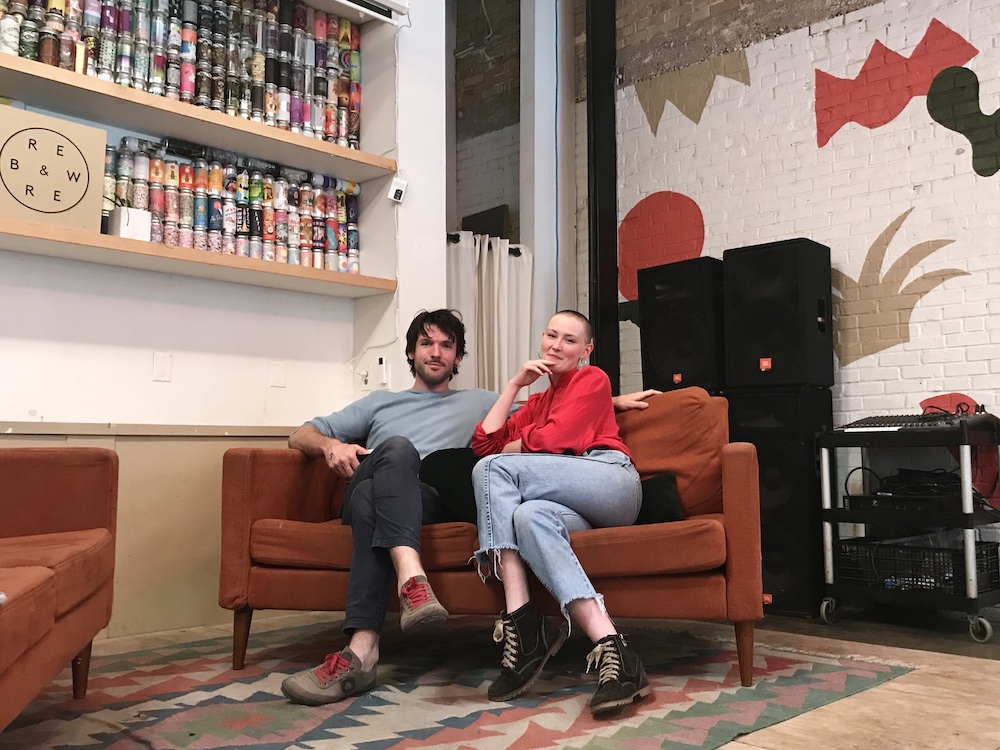 On Saturday, Feb. 1, Christelle Bofale played to a crowd seated on quilts, perched on love seats, and lined up on wooden benches. Tea lights illuminated the back room at Wright Bros. Brew & Brew off East Fifth Street. Before launching into "U Ouchea," the local songwriter complimented her hosts:

"These are my favorite shows – bedroom-y, living room-y vibes. We're all just sitting here feeling however we want to feel."

Sam Gerhard says the homey fixings help "model the behavior" for a consistently silent, attentive audience in the space. He and Audrey Davis, a barista at the coffee shop, began putting on the near-weekly concerts last October. "Solo Sets" offers an outlet to local band members striking out on their own as well as small ensembles.

"We want artists to be validated," explains Gerhard, who runs sound. "The idea is to provide an intimate place where people will actually listen."

The intention aligns with the Eastside locale's past lives as Punctum Records' Studium record store and the Lemon Lounge listening room. Last year, owners walled off the adjoining space to half its former size. Splashy shapes from local muralist Will Bryant now line the walls.

Eventually, 23-year-old Davis began her delightfully pocket-sized bookings, typically $5 a show. Charlie Martin of Hovvdy offers a rare solo appearance Sunday alongside Nay Wilkins and Claire Puckett of Hikes. The show promoter, who becomes visibly emotional while watching her shows, says the weekend set with Bofale, Tåsi, and Montsho Jarreau Thoth (aka Pothos) stands as a highlight for the 100-cap room.

"People were crying and it felt so supportive," recalls Davis. "Montsho told me, 'Why do you think this one worked? Book family, and family will show up.' We've found that to really pack the space, we need to book artists that also support other artists." 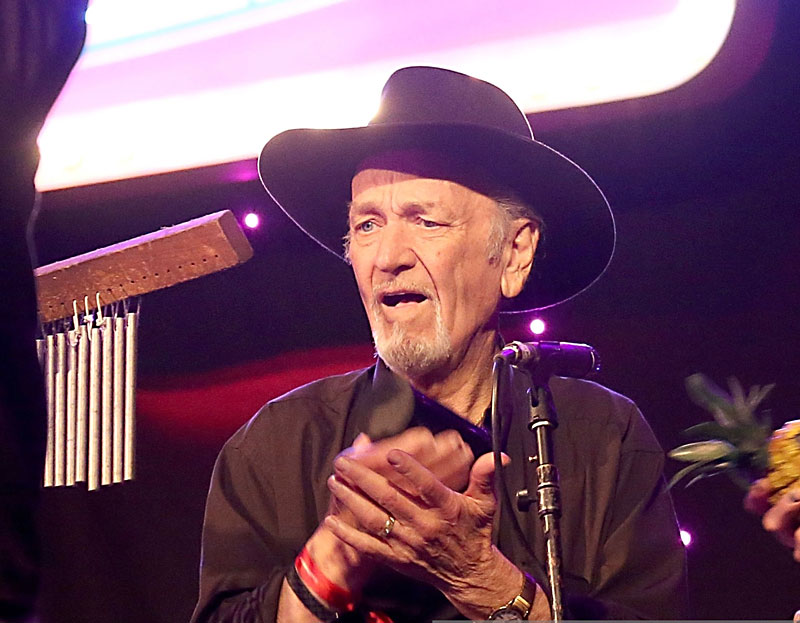 Among practitioners of the largely Texas-spawned "outlaw country" movement, English stood as the realest of them all. Born near the Texas panhandle in Vernon, he boasted a criminal past as an oft-arrested street hustler and pimp in the underbelly of Ft. Worth in the Fifties. A primal percussionist who'd grown up playing trumpet, he admitted in a 1981 interview with Modern Drummer that he began playing drums by "accident" in 1954 when Nelson and his brother Billy English needed a sub at the radio station where the former deejayed.

A dozen years later, English joined Nelson's band full time and soon took on the roles of muscle, accountant, and bagman for the touring group and best friend to the bandleader. Nelson honored him with the song "Me & Paul" from 1971's Yesterday Wine:

"I guess Nashville was the roughest,

But I know I've said the same about them all.

We received our education

In the cities of the nation, me and Paul."

English remained such a crucial part of the always-touring institution that he maintained his own specially designed tour bus, which generated national news in 2014 when it popped up on Craigslist. Beginning in the Eighties, Paul shared percussion duties with his younger brother Billy. While the former's instrumental skills remained only workmanlike, Paul English's true outlaw nature made him one of the genre's best- known drummers.  – Kevin Curtin