Terry Allen Reels in Moby Dick for His New Album "One of the things I've always tried to do when I make a record is to make it one thing," offers Terry Allen over Sunday lunch at Taqueria Vallarta, not far from his South Congress condo. "No matter what it entails as far as type of music, themes, stories, whatever, it seems critical to me that you make it be its own world. Not that they're necessarily concept records, but just that idea of a world."

Allen's still riding the energy from the previous night's show at the Paramount Theatre, where he led the 10-piece Panhandle Mystery Band through the entirety of Just Like Moby Dick. Like most of his work since 1975's astounding debut LP Juarez, the new album unfolds a universe all its own, balancing the deeply familiar with the bizarrely uncanny in its distinct mix of honesty and humor. Creating such a macrocosm runs throughout the songwriter's career since jettisoning Lubbock for California after high school and becoming a groundbreaking visual artist in addition to a premier Texas songwriter (see "Tale of Tale Spinner," Dec. 19, 2003).

The new album unfolds a universe all its own, balancing the deeply familiar with the bizarrely uncanny in its distinct mix of honesty and humor.

Hinging on vivid characters and narratives, with ordinary lives often wrung extraordinary through ferociously poetic wordplay and expansive humanity, his discography presents a uniquely Southwestern mythos unfurled in the contradictions of the landscape's endlessly expanding horizon. It's a world that beckons for escape, but paralyzes with a beauty that blooms against devastating vastness – a tension of movement and minutiae.

And yet, Allen's first long-player since 2013's Bottom of the World didn't immediately cohere for its author, so he put a mix of the recordings in his truck's CD player and drove.

"That's the first thing I always do, put it in motion," he says. "But the timing just didn't work. I couldn't figure the sequence out."

The breakthrough occurred via a line delivered offhand as the chorus of "Sailin' on Through" swelled to a close.

"I said that on a fluke, 'just like Moby Dick,'" he laughs. "I think the impact of that song was just going through all the shit in your life that everybody does. We've lost so many people the last couple of years, close people, so in a weird way it became a tribute to that, but also about endurance and the resilience of getting through it. So I always thought of it as a metaphor.

"It's about the whale, not Ahab. It's that beat-up whale with scars, nicks, and harpoons." 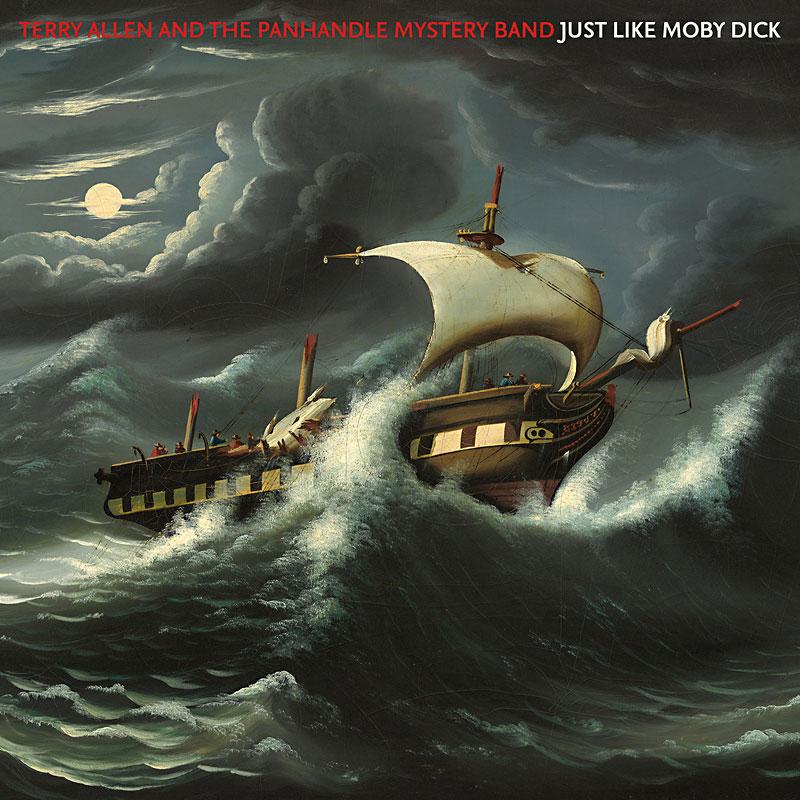 The endurance of Melville's mythic beast embodies an important sense of momentum for Allen, now 76. He spent the last few years delving into his past, teaming with North Carolina label Paradise of Bachelors to reissue Juarez and his seminal 1979 LP, Lubbock (on everything), as well as last year's multimedia compilation Pedal Steal + Four Corners. And following the death of Guy Clark in 2016, he took on a commission to create a sculpture with his friend's ashes, which will be unveiled at the Wittliff Collection in San Marcos later this year.

"I've been buried in the past," admits the longtime Santa Fe resident. "We did the reissues, and I had the retrospective of all my older art ["The Exact Moment It Happens in the West" at the L.A. Louver gallery last year]. Then Texas Tech took my wife and my archives, so we took about eight years putting all that stuff together. That was monumental.

"I was itching to do some new music and new pictures," he continues. "I wasn't anticipating it, but we started doing these workshops of getting together and writing songs, and it all just kind of fell in line."

The workshops that spawned Just Like Moby Dick emerged from Allen and wife Jo Harvey's 55th wedding anniversary celebration in Marfa in 2017 (see "Page Two: The Good Songs We Need to Sing Together and Loud," July 14, 2017). That gathering of artists and musicians became an annual intimate retreat, featuring members of his new band like Charlie Sexton and Shannon McNally alongside old comrades Joe Ely and Dave Alvin.

"Joe and I, for the first time in 40 years, sat down and swapped songs – just the two of us in the theatre," he recalls. "Then Charlie came in and the three of us did the same thing. That's the most collaborative I've ever been. When we wrote 'All These Blues Go Walkin' By,' five of us worked on it and I'd never done anything like that. It wasn't about what I'm contributing, but totally about what's going on with the song, and I think that's why it's been so productive. When we're working, it's wide open and it feels pretty rare."

For Allen, it all comes back to movement and finding new directions to explore.

"I've always been interested in the stuff you don't see in a person, the other side of something, of an idea or an object or a motion," he says. "It's where I usually find my curiosity taking me and that's a lot more exciting to deal with, whether it's a song or sculpture or writing, whatever. That takes you somewhere you haven't been."

Terry Allen & the Panhandle Mystery Band return locally for a Waterloo Records in-store in the GSD&M Courtyard on March 18.

A version of this article appeared in print on February 7, 2020 with the headline: Call Me Ishmael 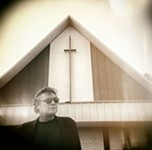 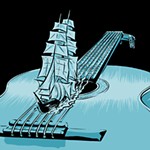 Letters at 3AM: Wake of the Red Witch
Everything that begins also ends