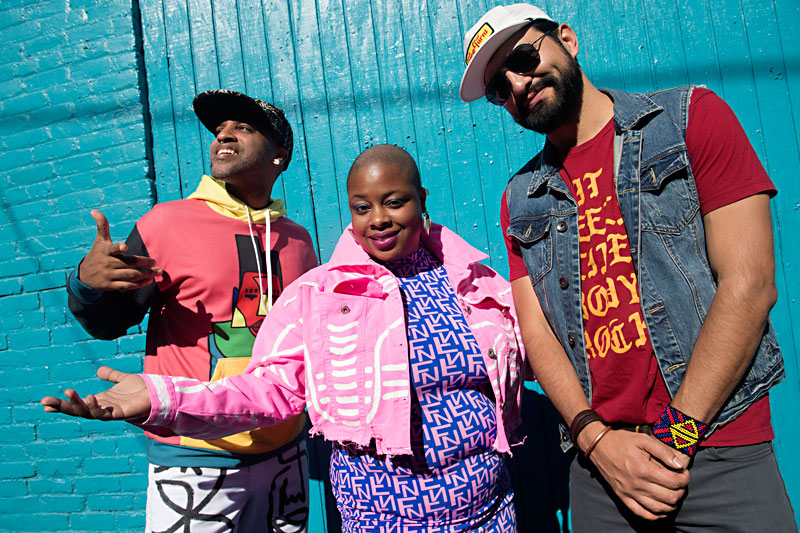 A decade ago, Jonathan Mahone and Ghislaine Jean moved from Providence, R.I., to Austin and began hitting music at house parties and community centers. Local spinner Eddie Campos connected with the husband-wife duo at one such gathering. Still emerging in the scene himself, he invited the couple to help fill a monthly spot at Red River venue Plush.

"Our culture at large does not have the proper words for what we do," explains Qi Dada. "It comes from an Afro-spiritual reflection. It is absolutely a wellspring of something missing in people's lives: a space that is truly nonjudgmental."

"Like people go to the Greenbelt for rejuvenation, that's what Body Rock is," adds Chaka. "It's a source of energy and power."

"You go to church and pray. It's a format," he continues. "This is our format. This is how we pray on the dance floor, shouting and yelling and screaming. This is how we find ourselves."

After launching at Plush, Body Rock established at now-shuttered Downtown lounge Loft 718 with a wheelhouse of tributes, including Erykah Badu, Outkast, and Prince. Like any good worship service, there's a familiar flow to the proceedings. Chorizo Funk sets the vibe with Afrobeat, dancehall, and Latin mixes, propping up Chaka and Qi Dada's MC tag-team.

"We build up the anticipation to a critical mass," adds the show DJ, also a member of the Austin Boogie Crew. "Then we'll nod to each other, stop the music, say a couple words, and bam! We get into it." "It's no small undertaking to create a safe space for so many different kinds of people," says Bryant. "To give marginalized people an opportunity to feel free in our bodies is so powerful. It changes how you move through the world in your day to day.

"I couldn't even tell you how many times Body Rock has saved my life."

Said salvation picked up followers through years at Sahara Lounge, a move to Empire Control Room, and the past year back at the former venue. Panelists unpack the cultural go-to this evening, Feb. 6, 7-9pm, at the George Washington Carver Museum. The founders chat ahead of panelists Bryant, DJ Chicken George, and Queen Deelah.

Hosted by the Six Square Black Cultural District, the event reads: "The heightened need for safe and inclusive community space due to rapid population growth quickly made the party an oasis."

Alongside an announced hiatus from Riders Against the Storm's influential RAS Day concert, citing decreased funding from Austin's Cultural Arts Division, Body Rock realigns in 2020 too. Some six pop-ups across Austin venues will replace the monthly model, hopefully with increased sponsorships to maintain Body Rock's $10 ticket.

"In everyday life, people don't present their most vulnerable parts," adds Chorizo. "It's amazing to witness that through music. It taps into some of the best qualities of humanity." A working group of musicians, industry workers, and advocates met for the first time Monday, Feb. 3, to begin sleuthing out use of $3 million for local music's so-called Live Music Fund. The biweekly gathering aligned with this month's Music Commission meeting. If that's not enough to launch your week, nonprofit Austin Texas Musicians now hosts a "Night Shift" every Monday at Beerland, open to civic chatter and an onstage jam.

Snippets from the mega music Monday:

• Catlin Whitington, newly appointed chair of the Live Music Fund Working Group and VP of Campus Operations at the Long Center, on Hotel Occupancy Tax fund use: "Honestly, if the hotels are behind it [and] we come up with a good plan and put it forward, and it's generally speaking within state law – the [Attorney General's Office] wouldn't get involved at all. Until somebody cries foul."

• Graham Reynolds, composer and a music commissioner, on a standard wage for musicians: "I would be very careful about stifling creativity and pricing original music out of the market ... I played gigs where literally no one showed up, where I made no promises as to how many musicians would be there, [and] where they had no idea what I was going to play. That kind of liberty would be very difficult to ask for a standard professional fee."

• Caren Kelleher, founder and president of Gold Rush Vinyl, on a possible collaboration with the city: "About 50 percent of all our clients have never pressed vinyl before. They find the cost upfront to be really scary, but the [return on investment] on vinyl is so high. There must be ways through city education or financial resources to help with that burden, so musicians have merch on the table. ... If you're going to get 300 records done, it could cost $2,100 to do, but you're going to make $6,000 on it." Rolling Stones play Austin on May 24 at Circuit of the Americas, according to Chronicle sources. Rumors of the unannounced show were confirmed Monday morning by a mural of the band's lips logo on East Riverside Drive. Read more about the Stones' return following a 2006 Zilker Park set here. Built to Spill Plays the Songs of Daniel Johnston: Continuing tribute releases to the late local songwriter, Doug Martsch, Jason Albertini, and Steve Gere take on 11 Daniel Johnston originals for a new album due May 1. The recordings pull from sessions in August 2018 as the Boise guitar trio prepped to back up Johnston during his final star-studded tour. Pressings sold out overnight. 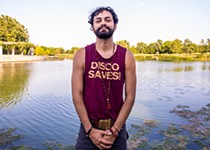 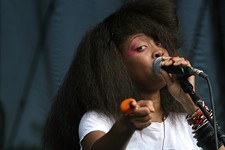 Gay Place
Let your hair (and other things) down at ArtErotica, Body Rock, and Lezz Dance