Faster Than Sound: Demons & Delights – The Art of Billie Buck 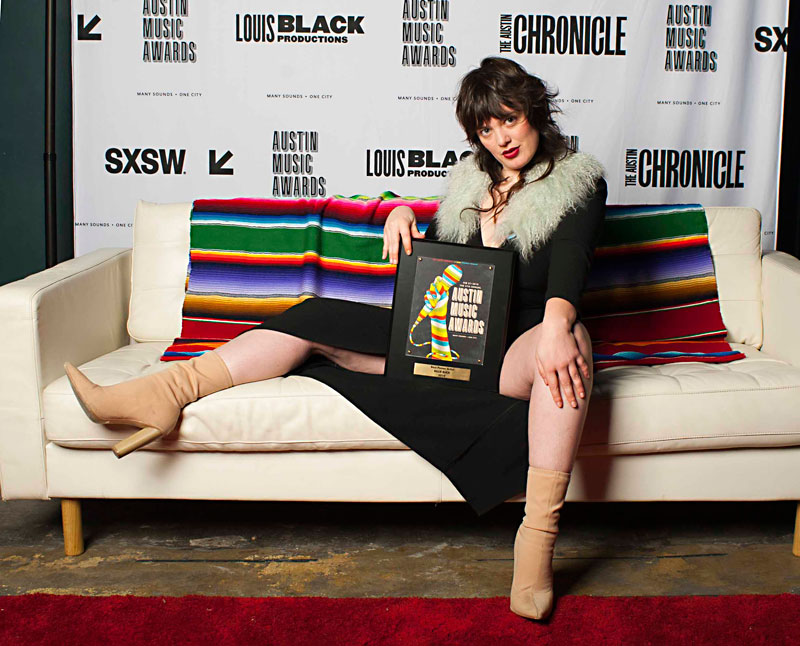 On a rainy weeknight, Billie Buck is behind the counter at Antone's Record Shop. Enter a stonery young guy clutching an unwrapped King Gizzard & the Lizard Wizard LP. He complains of "grass" in the packaging, which turns out to just be bits of paper edges caught in the fresh-from-the-factory static.

Under Buck's firm but polite questioning, the customer accidentally spits out the true source of this "grass" complaint: He wanted a different edition of the album. Buck kindly sends him to browse merchandise for an exchange. In my mind's eye, the lanky shopper has just been plucked up by one of her long-legged, devil-tailed female illustrations.

Buck's cartoon characters, an established visual presence among the local gig poster scene, might seem demonic if they weren't having so much fun. The striking, sinister, and playful world of their creator convenes for her first-ever exhibit, "Hot Soup," at the Austin Museum of Popular Culture. The show kicks off Sunday, 2-6pm, with music by Antone's Record Shop co-owner Eve Monsees, and continues Thu.-Sun., 1-6pm, through March 29.

"I had this older male client who wanted an advertisement for his new amplifier, so I drew this really strong woman with huge muscles," recalls Buck, explaining a story she shared while accepting her second Austin Music Award for Best Poster Artist last year. "I get a call from him saying, 'Well, Billie, honestly I'm a little traumatized by the way you drew that lady.' I was like, 'Perfect, this is a good thing.'" 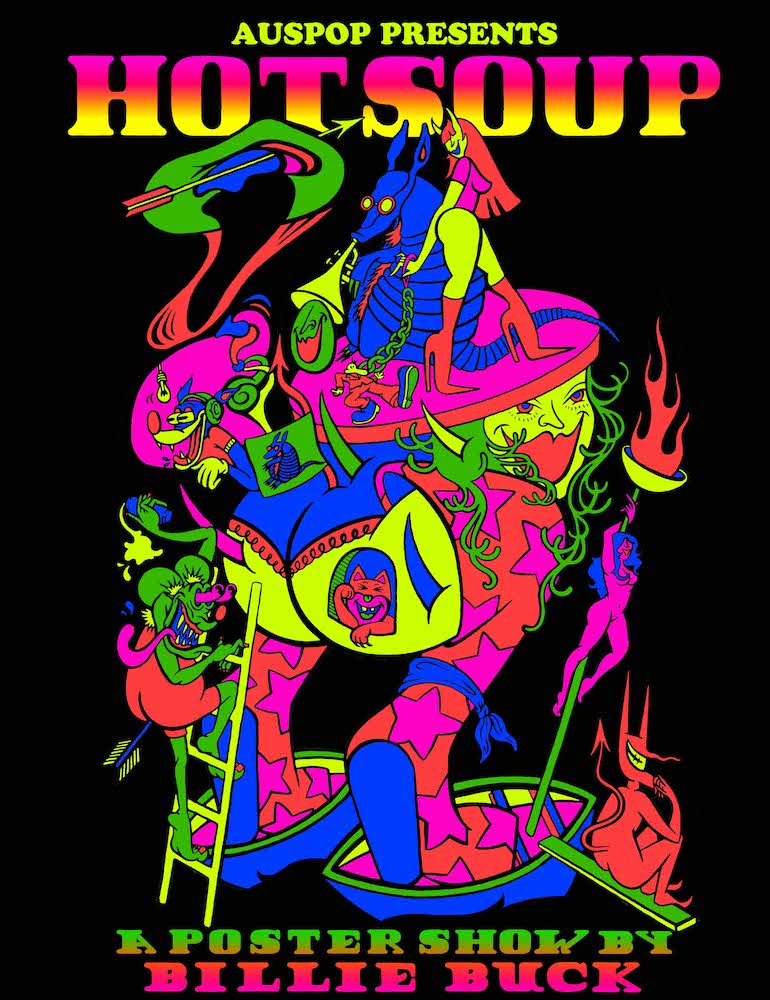 The 26-year-old boasts plenty of self-portrait snaps in guitar-playing and motorcycle-riding positions, acting as her own body model for rock & roll iconography. In striped pants and pointy boots, she's clearly an influence on the black-haired figure she drew for this year's AMA poster. Promo for her punk band Sailor Poon unleashes her wildest concepts, like a Thanksgiving turkey with six boobs.

"Growing up, I was always surrounded by images of performing, performative women," adds the frontwoman. "Sometimes I'll be like, 'Dad, I'm going to do a roller-skating, saxophone-playing strip tease.' He'll be like, 'Oh, we did that in 1984.'"

Buck studied art at the University of North Texas, got kicked out for smoking pot, and wrapped things up at Texas Woman's University. While in Denton, she mixed art and music by painting psychedelic murals inside hardcore DIY venue/eatery Taqueria El Picante. When she moved home to intern for Transmission Events, she designed fliers for the likes of Melvins and Swans. The exhibit includes a never-seen Ty Segall poster, rejected by artist management for depicting a woman on a swing with her skirt blowing up.

Alongside her commissioned work for venues across town, Buck designs regularly for Hotel Vegas and her family's record store. She also heads up sale of vintage posters at the shop, having gleaned a wealth of inspiration from local Armadillo World Headquarters-era poster artists. Buck spent hours studying the detailed scales on Jim Franklin's iconic armadillo illos.

She features the locally beloved critter on the "Hot Soup" exhibition poster, a Day-Glo, horn-adorned rendition of Hieronymus Bosch's The Garden of Earthly Delights. Leea Mechling, executive director of the museum, is excited to print out some of Buck's designs for the first time, many having only lived digitally in the social-media era of concert promotions.

"We want to show people the younger group really carrying Austin culture forward, and Billie is just the perfect example," explains Mechling. "She's absorbed what's around her, but has made her own style that's a little impertinent."

"To put this together, I had to go back through my entire career and have a small existential crisis along the way," explains Buck. "So, I thought 'Hot Soup' was putting all that into a big pot and serving it up." 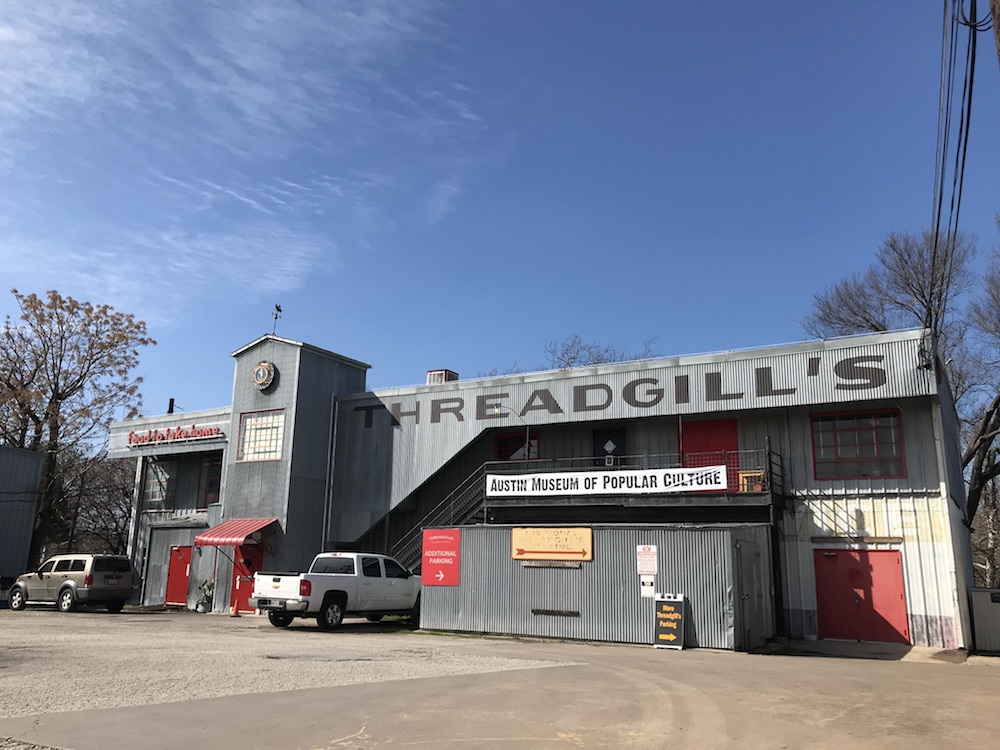 The Austin Museum of Popular Culture's new location behind Threadgill’s Old No. 1 on North Lamar (Photo by Rachel Rascoe)

On Oct. 27, the Austin Museum of Popular Culture opened up its new location at 6416 North Lamar for inaugural exhibit "The Ballad of Jim Franklin: Old, New, and Weird." While hopping across the river to the building behind Threadgill's Old No. 1, the former South Austin Museum of Popular Culture modified its name. It's an appropriate evolution considering the 16-year-old nonprofit rounds up all walks of music-related local art from 1955 on.

"Back when all of us who formed the museum were in our early 20s, we were really struck by show posters," explains Mechling, who worked at the Armadillo World Headquarters. "It was not considered art; it was advertisement. But when you accumulate a body of work, it really becomes more than that."

When the museum's pro bono agreement with their former landlord ended, Threadgill's owner Eddie Wilson donated his back building. An industrial kitchen space now holds a hodgepodge of Austin ephemera, with the main exhibition room offering more space. Mechling plans to launch a website and digital archive soon and is looking for volunteers with experience in archival work and social media.

"We have more than we can say grace over, which is a happy problem," she adds. 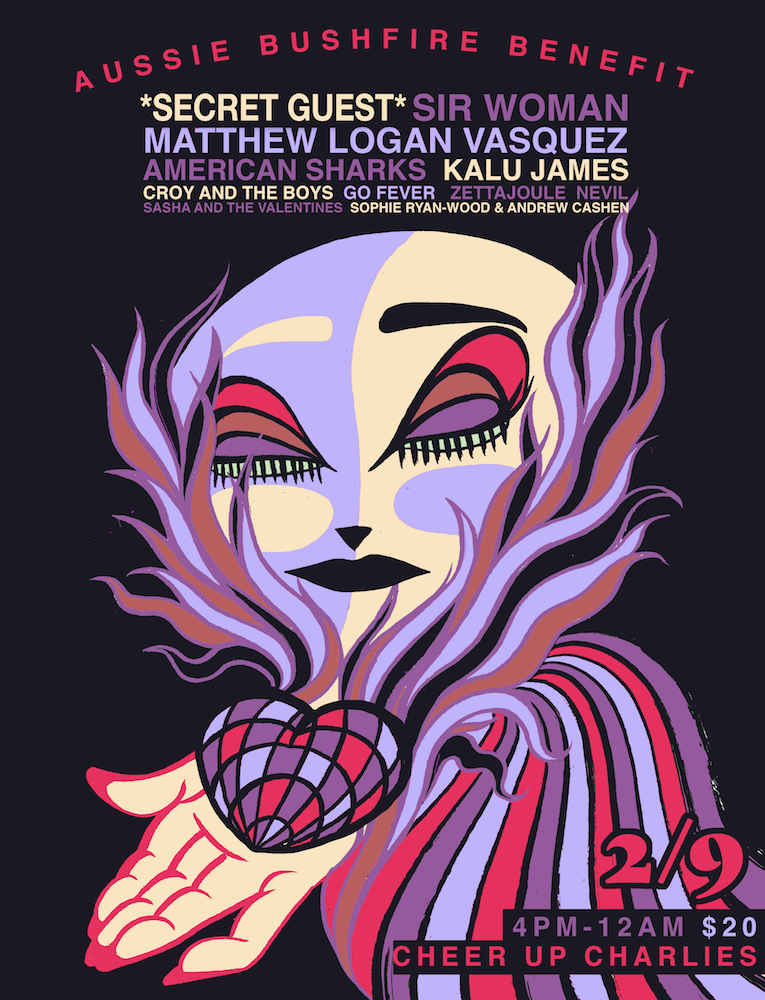 Austin Helps Australia: "A Down Under Benefit," Jan. 30 at Barracuda, rounds up 10 bands including Mobley, Los Coast, and Jackie Venson for $10 to benefit the Australian Red Cross. Then, Go Fever – fronted by Australian-born Acey Monaro – arranges 11 acts like Sir Woman, Matthew Logan Vasquez, and American Sharks on Feb. 9 at Cheer Up Charlies. Tickets are $20 as Monaro aims for a $10,000 Australian goal to benefit First Nations Fire Relief Fund and Hunter Wildlife Rescue.