Faster Than Sound: Peacemakers Cap a Decade at Evangeline Cafe What began as a shared night off among five blues-playing buddies snowballed into a decadelong residency at Evangeline Cafe. Drummer Corey Keller, harmonica player Greg Izor, bassist Johnny Bradley, plus guitarists Mike Keller and Willie Pipkin formed the Peacemakers in 2009 to fill weekly Wednesdays at the South Austin Cajun eatery. Their final midweek rendezvous on Dec. 18 closed out a go-to incubator for roots music on the weeknight circuit.

"It started out just for fun, and then morphed into this humongous community of players," says Corey. "It was blues, R&B, rock – heavy on Fifties and Sixties. Everybody lived in South Austin, and it was a South Austin gig."

Across 10 years, the Peacemakers welcomed a roving cast of local players to fill in for their frequently touring core. Corey wrapped a decade with Marcia Ball, Mike traveled with the Fabulous Thunderbirds, and Bradley continues his years backing Gary Clark Jr. You can still track the bandmates at citywide residencies, including the Little Elmore Reed Blues Band (Mondays at King Bee) and Antone's Big Trio (Tuesdays). 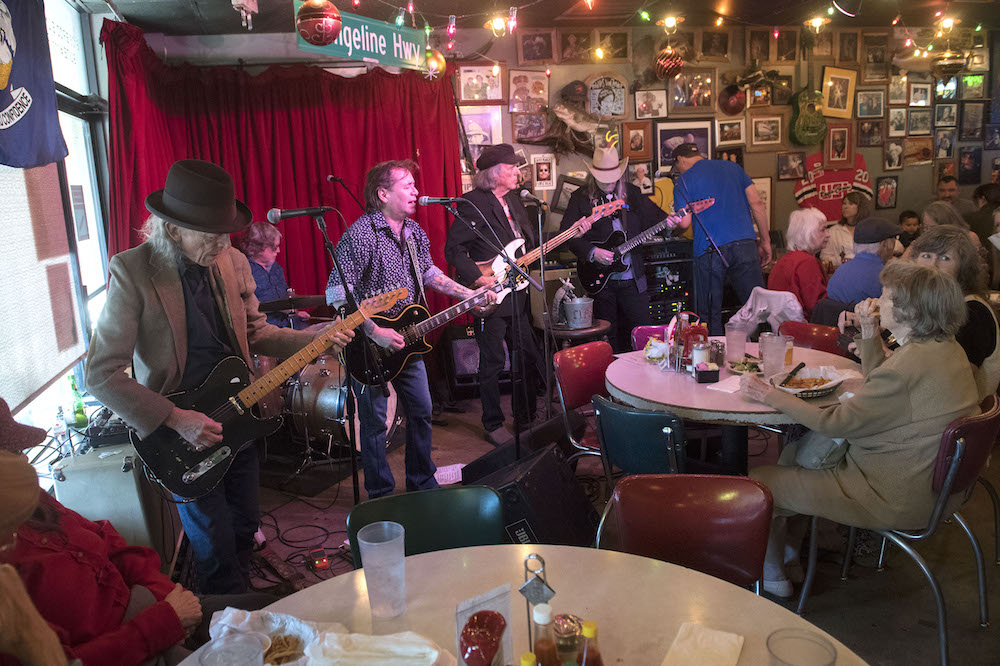 Of a star-studded list of guests, Izor remembers harp great Lazy Lester walking in just as the band covered his 1963 cut "The Same Thing Could Happen To You," to which he promptly pointed at and teased his stand-in:

"I caught you with the chicken in your hand," laughs Izor. "If you played blues and were passing through Austin, you knew to go down there. On any given night, 98 percent of the audience was musicians. It's a little nerve-racking to look out and see your heroes sitting in front of you."

Other Peacemakers standards such as "Cool Driver" pull from a self-titled 2017 LP, which earned the group a nomination for the Austin Blues Society's Best Band the following year. The residency's end also caps 15 years of after-restaurant-hours music at Evangeline, which used to stretch 'til midnight on the weekends. Owner Curtis Clarke, who ran a club in Lake Charles before moving to Austin, says he's happily sustained live acts on the eatery's dime for years, but following months of dramatically reduced attendance, band and patron decided to end it.

"Around 10 o'clock, we'd pull a couple of tables out and transform from a cafe to a beer joint," says Clarke. "There was room to dance and put a full band in the corner. Hopefully it'll happen again. We'll just have to see."

With business better than ever during restaurant hours, live music continues Monday through Thursday throughout the cafe's popular dinner service. Clarke, who books the place on "handshake agreements," rattles off all the monthly residencies and artist résumés. Try Antone's staples Sarah Brown and Eve Monsees every first Wednesday, Lyle Lovett vet Paul Glasse on mandolin every second Wednesday, and the New Evangeline Quartet courtesy of George Strait guitarist Rick McRae every third Tuesday.

"Curtis makes an atmosphere that encourages creativity, and that was really important to my development as a musician," adds Izor. "This thing he's created there is very special." "I love clubs, but a lot of times there's no place to step away and talk," explains Almaraz, who DJs with Compact Disco Crew. "We wanted to make sure you can escape."

"We have two different feels going on, and you can bounce between the two," adds Evans on the pastel-hued upstairs patio and maximalist downstairs bar and laser-emphasis dance floor.

The club, former home to Moonfire Lounge, already earned scene standards like Mouthfeel, Flying Turns, and Y2K's Cyb3rqu33n event. Both longtime Cheer Up Charlies employees, Evans and Almaraz began searching for a bar location after the unexpected 2018 closure of Ethics Music Lounge, a hub for house music and local residencies. They hope to fill a similar niche alongside a weekend happy hour and plan to open a kitchen come spring.

The co-owners tested their concept during SXSW last year, renting out Dan's Hair Styling on East Sixth to host DJs 'til 6am. So far, Coconut Club drops lineup announcements the day of on Instagram (@coconutclub.austin).

"We never want to tell DJs what theme to play," adds Almaraz, who won the Chronicle's Best Bartender award in 2017. "We'd rather give them the power: 'You're here, and we trust that you can keep people dancing.'"

Alongside top-shelf tropical cocktails and frozen drinks, Gatorade and Pedialyte mix in quirkier concoctions. Hydrating options are essential to ride out the rare local closing time of 4am, offered Thursday through Saturday.

"It's been awesome seeing everyone here relaxing after 2am," says Almaraz. "People have time to drink some coconut water, or have a Red Bull and keep dancing." 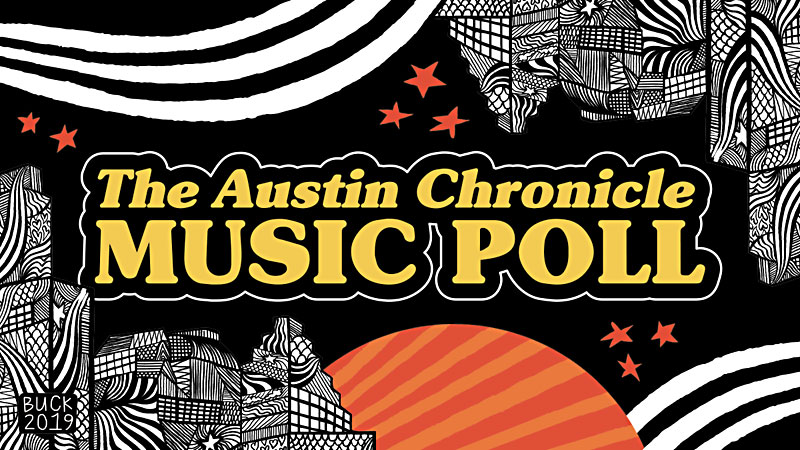 The Austin Music Poll has commenced.

For the first time ever, a group of over 500 industry locals determined the multiple-choice cuts. Given the seamless fusion of classic Austin and nü ATX, from progressive sax/flute veteran Alex Coke to French chanteuse Lou Rebecca, it appears the changeover worked. Best New Act lands absolutely on-point with Being Dead, Blood, Nolan Potter's Nightmare Band, Sir Woman, and Vapor Caves.

Make your picks online at austinchronicle.com/musicpoll or on the physical ballot running in the Chronicle for the next three weeks. Deadline is January 28, with nominees and winners performing at ACL Live at the Moody Theater on March 11. Jackie Venson and Chris Cubas host.