Unavoidable to even the most nascent of fans and hardened skeptics, the Beatles' 11th and penultimate album burned into our collective conscious beginning on Sept. 26, 1969. What can we glean from a deluxe Abbey Road breakout half a century later? A lot, it turns out. A bound 3-CD/Blu-ray audio set collects painstaking remasters from Giles Martin, son of the album's original producer George Martin, plus outtakes and demos from a band still in its prime. Sonic refurbishment optimizes the album for modern listening: The bassline on "Come Together" pulses with new life; "Here Comes the Sun" reveals previously buried flourishes; Paul McCartney's harmonies with himself, free from compression, soar to ethereal heights on "Because." Unsurprisingly, the true treasure for devotees occurs in long-vaulted studio moments. With uncharacteristic gentility, John Lennon acquiesces to a neighbor's request to turn the volume down, but not before one more take of "I Want You (She's So Heavy)." "Last chance to be loud," he tells the other Liverpudlians, so they get loud. Cut at Trident Studio in London, that version dusts off an all-out Moog jam so nasty and relentless you almost don't notice the trademark "heav-aaaaay" missing. George Harrison's "Something," done with little more than an electric guitar, delivers palpable vulnerability from the Fab Four's most reserved songwriter, who hums the lead guitar part as if to prove there's more in him. Ringo Starr laughs off his forgetting the words to "Octopus's Garden," whose riff wears its country influence like a Stetson. Then there's Paul McCartney, ever the taskmaster, lecturing Lennon on "giving away the best bits" ahead of a raw, Stones-y burst of "Polythene Pam (Take 27)." Which only leaves one question: Who the hell told the Beatles to quiet down? Still the Greatest: The Essential Songs of the Beatles' Solo Career
Solo song index versus illustrations. 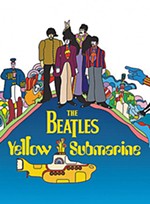