Half a decade ago, Anthony Erickson and Jeremy Roye launched the Austin Music Video Festival as a multi-day gathering to highlight local onscreen artistry. The next time, they opened it up to worldwide submissions and screened Beyoncé's groundbreaking Lemonade. Last year, they finally hopped to a winter date to round up the year's work.

"We're really proud to have a flag planted in Austin as a place where major artists want to have their work featured alongside all of our locals," says Roye, a musician and event strategist.

"Videos go up on the internet, and they just disappear into the ether," adds Erickson, who manages Capyac, Mobley, and others as Eye in the Sky Collective. "Even something out for six months, there's no reason it's just dead in the water. Let's look back at that, and celebrate it."

Alongside the typical film fest fixings of panels – local vid makers Rooster Teeth and directors of music video-making at major labels – AMVF aims for a punchier, internet-styled spirit. That equates to a Silent Disco Pajama Party, and the co-founders' supreme excitement over debuting Bright Light Social Hour's "She Wanna Love You," which Roye talks up as "really weird and fun and sexy and

psychedelic – so really on brand for us."

"We walk the line between the thoughtful discourse of a film festival and the energetic, wild sound of a music festival," says Erickson. 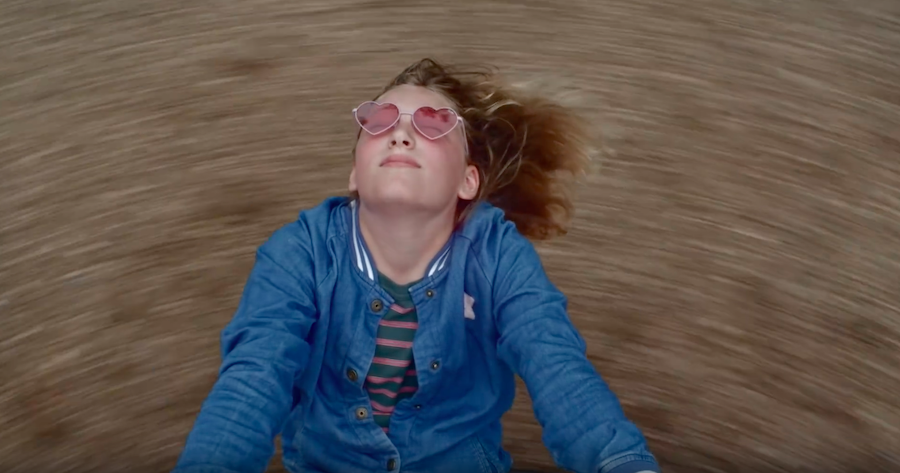 Adolescent star Georgia Carter escapes on a charmingly drowsy adventure through suburban Texas with director Rachel Kichler and a soundtrack by the Austin psychedelic troupe.

“Me No Evil” by Abhi the Nomad

On one end: a desire for clarity over how to legally wrangle the funds for music. Under state statute, all HOT revenue must directly promote tourism. A group of community members and music commissioners has been assembled to this end (revisit "Goodbye Prop B, Hello HOT Monies," Nov. 22), but hasn't yet begun meeting.

Commission member Anne-Charlotte Patterson posed an essential inquiry to attorney Rebecca Reynolds: "What do you think, at the broadest margins, could be funded [to support music] and still be considered a driver of tourism?"

Music Venue Alliance Austin founder Reynolds, pushing for a careful planning phase, responded, "I don't think anybody has enough information right now to answer that question." Red River Cultural District Executive Director Cody Cowan, joining Reynolds under the Austin Music Movement advocacy umbrella, added, "We need to take the time to get it right – to make sure that the horse is in front of the cart."

On the other end, advocates pressed for speedy fund distribution. Responding to Cowan, commission member Graham Reynolds suggested the simultaneous development of rule- oriented recommendations while also kicking off collection of feedback from the music community.

"I wouldn't worry about cart versus horse," he said. "I would send them all downhill as fast as you can."

If the cart in this pastoral metaphor is free-flowing, dubiously legal community ideas, the Austin Music & Entertainment Division has already wheeled ahead. Before the meeting, they announced the first-ever Live Music Fund Community Forum, set for Dec. 16, 2-4pm, at Austin City Hall. Agreeing with Graham, Division Manager Erica Shamaly suggested an expedited pilot program to get funds flowing during the current financial year while advocates labor over permanent, long-term guidelines.

In her first meeting as a commission member, Patrice Pike pointed out that these two impulses may not actually run in opposition.

"There really are no sides ... we're all trying to create solutions," shared the veteran local singer. "We might find that this is a lot easier than everyone thinks."

"It was a good opportunity, because my kids were already in Dallas studying," explains Pacheco, whose son Félix co-founded Austin act Cilantro Boombox. "But it was hard, because it meant leaving all the things we had in Venezuela. The situation there is not easy for any of us."

In his first year as GM, Pacheco ushered in grants for equipment improvements and a forthcoming new website. Although the KOOP office staff stand separate from programming, he hopes for changes ahead.

"I've been pushing to diversify with more shows that appeal to younger and different audiences," he adds. "We have to plan what we're going to do for the next 25 years." 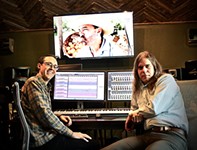 Playback: Compose Like a Pro
Graham Reynolds teaches musicians how to score ... film