The Austin Music Poll Innovates in 2020 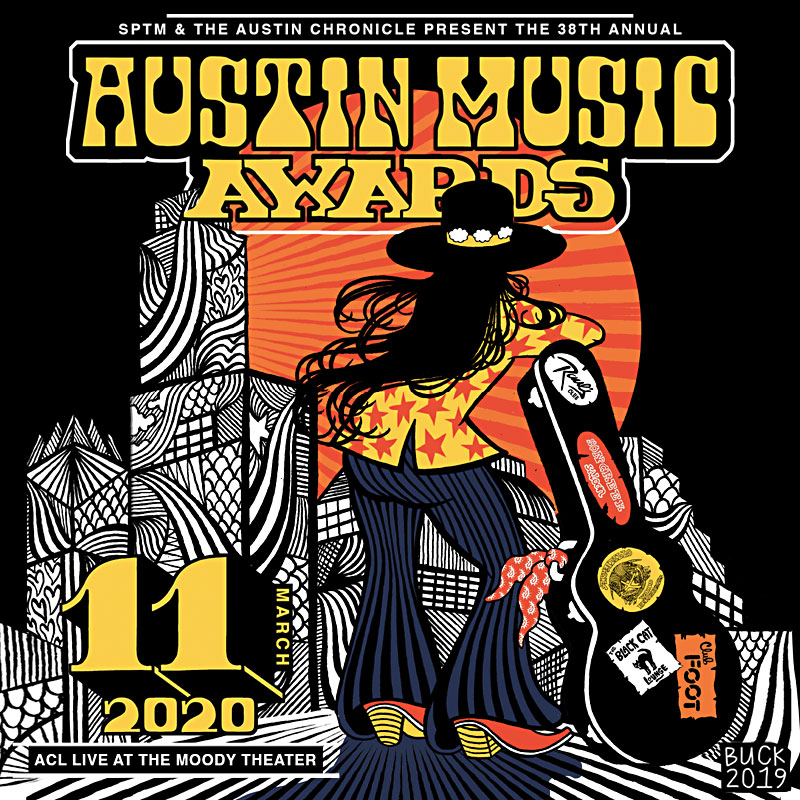 In an effort to remedy an institutional redundancy of winners, while at the same time enhancing the diversity and greatness amongst those it's able to recognize, the Austin Music Poll now undergoes a restructuring. This year's voting takes shape as a single-round, multiple-choice ballot, with each of the 51 categories stocked with five nominees selected by a broad body of local music lifers.

Astonishingly, little has changed about the Poll in its 38 years as a community institution, wherein townies pick their favorite artists, bands, and musical entities. It's endured the annual addition, subtraction, and tweaking of categories, like "Best New Wave Band" and "Best Band Website," plus the two-round shake-up of recent years. Even so, the core system of voting has remained largely the same: a write-in free-for-all election.

Throughout a large swath of Poll history, that process documented an honest record of Austin's music community tastes. Then the scene broadened, and broadened some more – until it flat-out boomed. In that time, the voting results stayed static and often felt comparatively narrow.

Considering those factors and how social media allows self-promoters to game online voting, the time's come for innovation.

The fundamental difference between an award and an internet contest is credibility – the latter having none and the former only boasting as much as the belief the community holds in it. Given the undiluted realness of Austin's music scene, it's paramount that the recognition we give them maintains a matching level of integrity. Frankly, local musicians deserve it.

The challenge with the Poll, as it stands, is that an act often only wins if they make a concerted effort to rally their fan base for votes. That narrows the field from the thousands of acts populating Austin's stages to a couple hundred who actively campaign. That's politics, not fandom.

Worse yet, some of our city's most relevant artists don't even place on the Poll because they're not hustling votes. For the awards to be truly poignant, they must be representative of the variety in our local scene, not reductive. The goal with presenting industry-chosen nominees is that Aus­tin will have an opportunity to honor exceptional artists never before put forth. That way, the Poll will become more inclusive.

How Are Nominees Picked?

So far, we've put together a list of over 500 music industry folks, and ballot invites begin rolling out this week. Assembly of the nomination body has been heartening because it confirms that Austin actually has a sizable music industry. We want this group to be as vast and comprehensive as possible, so if you work in a creative music industry role and feel you should be in it, email us at AustinMusicPoll@austinchronicle.com.

A History of Lists

The job of administering the Austin Music Poll came to me how a pet gets dumped on you when a loved one dies. At first, you feel no inherent connection to it, but you understand the responsibility at hand, so you just look at it in its old sad eyes and promise to do your best. Then, over time, you start to love the thing and want it to have everything it needs.

With the retirement of my late mentor Margaret Moser, who'd administered the AMP since 1991, I absorbed the duties of promoting it editorially and then eventually took over counting the votes. At first, I felt no reverence for the Awards, but over time I witnessed how much they mean to artists. I also geeked out on its history: Original Chronicle Music Editor Jeff Whittington founded the Austin Music Poll in March 1982, the paper's 13th issue.

"He was a classic High Fidelity music-list maker," Chronicle Editor Louis Black wrote upon Whittington's passing in 2001. "The Music Poll was his way of including all of Austin in the list-making process, a list of everybody's inner list."

Moser further shed light on the Poll's origins, explaining that it was "inspired by the Grammys and a poll the Austin Sun had run for several years."

In my five years as chief tabulator, I've taken note of how votes come in. Full ballots tend to reflect informed results, which accounts for many of the winners in that time. Increasingly, however, many arrive with only one act in any number of categories, as solicited by a sponsored social media ask.

That accounts for Poll incongruities: members of generic Sixth Street cover bands placing in the Best Guitarist category and single artists taking home armloads of plaques in disparate categories year after year. In those instances, the Poll feels less like the originally intended Grammys and more like that disastrous 2011 city of Austin write-in contest when the internet voted to rename Solid Waste Services the "Fred Durst Soci­ety of the Humanities and Arts."

Throughout that time, I've been awash in a constant deluge of unsolicited feedback – via Facebook messages, emails, being cornered at concerts – about how the Poll could improve. In listening to the community, I've surmised that the Awards may have more prestige with more of a curatorial thrust behind it, so the artists, even in just being nominated, would know their work is being recognized by people who know their shit.

The Chronicle's modification of the Austin Music Poll syncs up with a year of change for the Austin Music Awards, chiefly organized by the Society for the Preservation of Texas Music and Arts + Labor. Their camp portends a "back to roots" movement, with a more casual vibe and lower ticket prices. Nedda Tehrany, the show's new director, nurtures a vision of the AMAs benefiting winners year-round – not just one celebratory night of accepting a plaque in front of a big hometown audience.

Which reminds me that I've buried the lede: I hear a rumor that the traditional plaques are being done away with and, for the first time ever, Music Award winners will be taking home sweet custom statuettes. We hope to see some exciting new winners walking the stage with them in March. 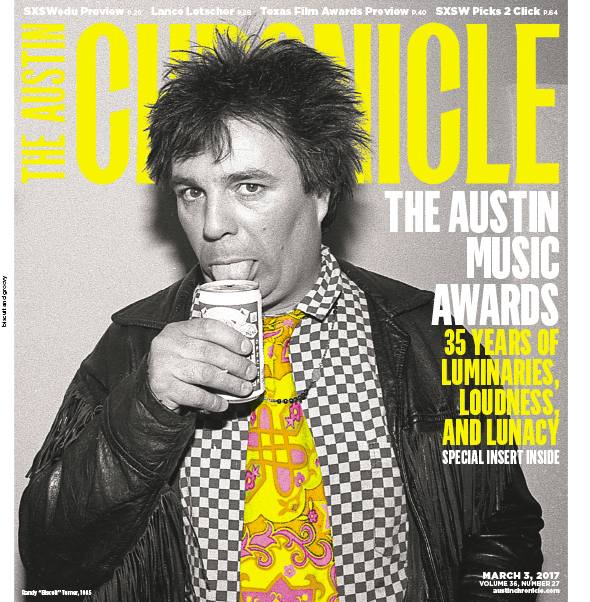 Looking forward to the 2020 Austin Music Awards, we’re looking back at the some of the most iconic performers from past AMAs.

A version of this article appeared in print on November 29, 2019 with the headline: Write-In, Wrong