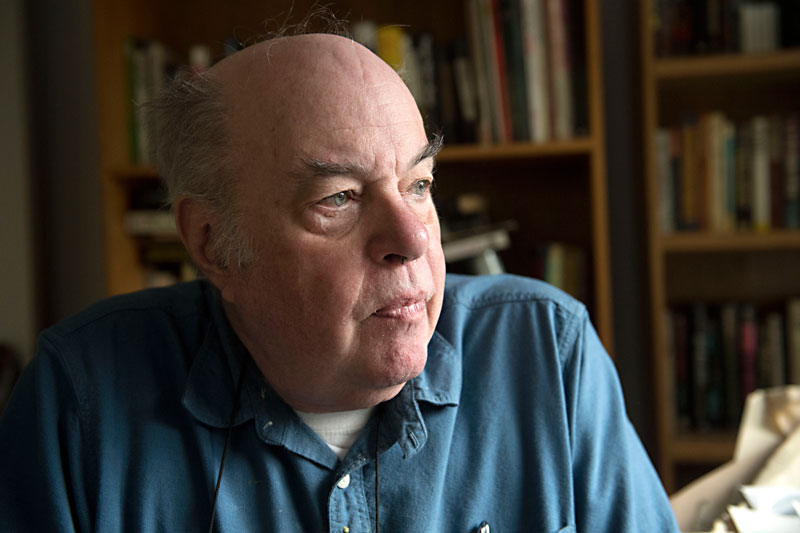 "I don't believe in the Great Man Theory of rock & roll," states Ed Ward, the 71-year-old veteran rock journalist, on the publication eve to The History of Rock & Roll, the second installment of his series for New York's Flatiron Books. Dedicated to late Chronicle scribe Margaret Moser because "she lived it," and subtitled 1964-1977: The Beatles, the Stones, and the Rise of Classic Rock, hardback copies spill out of a carton and onto the floor of his South Austin home, commingling with stray volumes of his earlier book, Michael Bloomfield: The Rise and Fall of an American Guitar Hero. 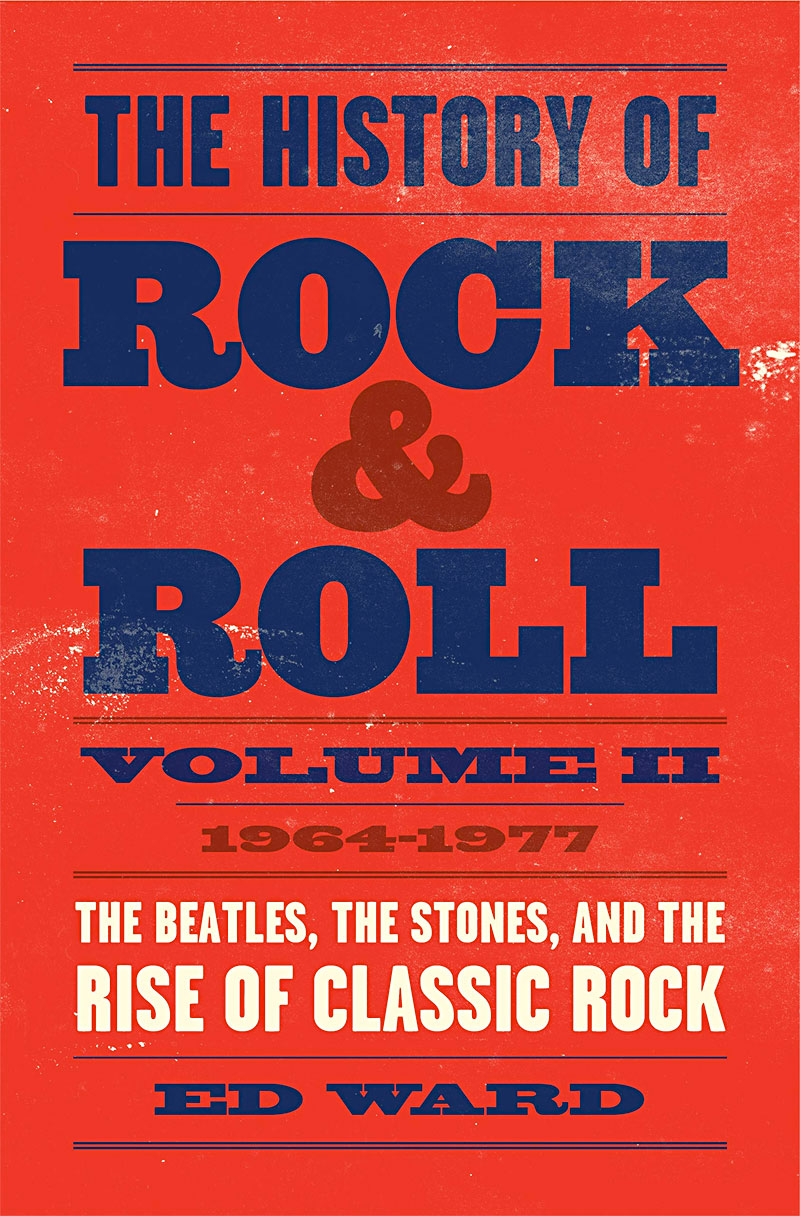 “Somebody someday will discover volume one and the fact I’ve written these things.”

And yet, Ward doesn't recount the music's mainstreaming by crafting chapters dedicated to pioneers. Instead, he retraces the individual years through the characters and events that made them pivotal.

"If there's a Great Man in the story, it's the public," elaborates the author. "That's one of my overriding guideposts: zeroing in on what's popular.

"The first volume's model for this was Dick Dale. He was a surfer and a guitar player. Because of his family, he owned a music store, and Leo Fender dropped off prototypes for him to test. When kids went to Newport Beach's Rendezvous Ballroom to see Dick Dale & the Del-Tones onstage, they recognized them because they surfed with all those guys. The audience became the performers, the performers became the audience.

"Same with the Beatles: Kids went to see them in Liverpool, and the only difference between them and Paul McCartney is he's got a bass and he knows how to play it."

Ward terms this impulse "I-can-do-that," summarizing one of rock's core engines. This ignites every R&R revolution, from young local country singers like Buddy Holly seeing Elvis and becoming rockabillies overnight, to three-chord lessons from the first Ramones LP on a cheap guitar resulting in punk, and beyond. Punk-and-beyond awaits a third volume of The History of Rock & Roll.

"In this second volume," continues Ward, "we have the rise of folk music, and folk musicians looking for a way out and into a new form of rock music, starting with the Charlatans and moving through all those San Francisco folkies. The San Francisco folk scene was fucked! No one paid any attention to it, so nobody had a career. You had people like Marty Balin, David Freiberg, and John Cipollina all forming bands."

This uniquely acerbic scholarship works. Its purveyor gleans more from an issue of Billboard than a team of historians. He excavates facts you never knew were worth knowing, like the Liverpool Echo sending a reporter named George Harrison to cover the Beatles' first Stateside trip in February 1964. Ward weaves this tale wittily, referring to the odd 1966 New Vaudeville sound as "doo-wacka-doo," and re-dubbing what's normally called "Brill Building pop" as "Teen Pan Alley."

It's instructive he essentially looks at rock history through a folk-music lens. He began writing about music in his late teens with mimeographed folkzine Broadside, leaving when co-founder Gordon Friesen fumed that "Dylan wasn't writing about Vietnam." It's Ward's position as one of rock journalism's founders that makes him uniquely qualified to write this series. He observed much of this directly. 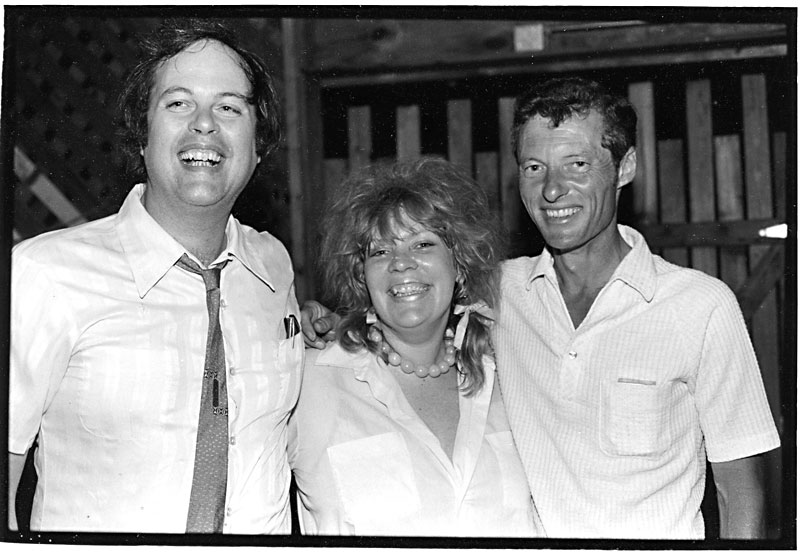 Writes Ward of Martha Grenon's vintage images: "The Steinbergs was a joke band some writers put together for a gig at Liberty Lunch [1987]. And [Leave It to Beaver star] Ken Osmond [pictured with Margaret Moser] was a guest at a juvenile delinquent festival put on by Gary Rice when he was managing the LeRoi Brothers. It was also at Liberty Lunch [1983], as I remember." (Photo by Martha Grenon) 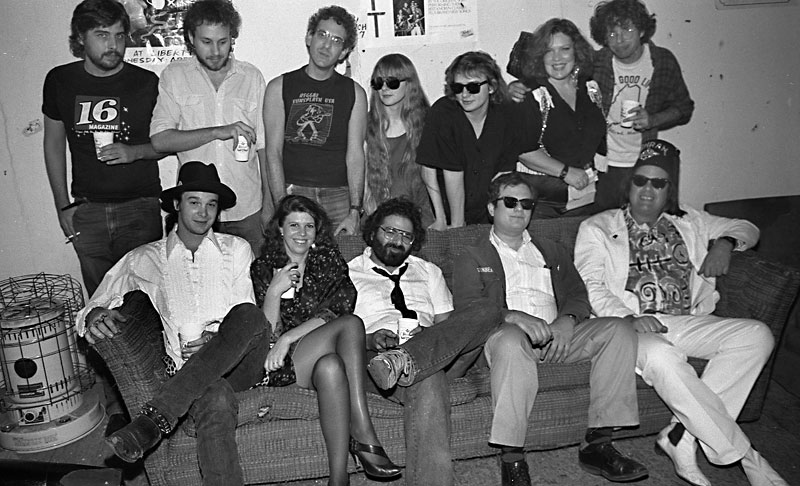 Post-Broadside, his career path took him to one of the first rock magazines, Craw­dad­dy. One of his duties there involved editing a version of Richard Meltzer's notorious "Aesthetics of Rock" term paper before it became a book. Finding himself jobless after a '67 West Coast jaunt, he resurfaced as Rolling Stone's record reviews editor.

There, phlegmatic publisher Jann Wen­ner advised discouraging some pest mailing in five to 10 record reviews daily. Ward ignored the advice and launched Lester Bangs. He also provided Dave Marsh a forum as Creem reorganized. Furious Ward had "given work to a competitor," Wenner allowed him to lick his wounds by instead working for Creem upon its relaunch. Left in his desk: two tape reels of Bangs interviewing Charlie Mingus.

1979 brought Ward to the Austin Ameri­can-­Statesman through the early Eighties, until a book contract to write "all the Fifties stuff" for a Rolling Stone rock history book provided an exit. He'd already gotten into trouble at the local daily for his pseudonymous contributions to a new publication helmed by some folks he met at Austin's new punk central Raul's. He thus contributed openly and later became staff at The Austin Chronicle through the mid-Nineties, while also becoming the staff rock historian for NPR's Fresh Air, a gig he held until they refused booking him as a guest when promoting his first History volume in 2016.

Which makes one ponder the value in writing hardbound rock histories in the digital age.

"People wanna know if they remember right, and there are fixed things you can look at to find out," he posits. "My job is to compile it into a narrative. I will be glad to leave this story behind – I have other subjects I would like to write about – but I would like this version of the story, which I feel is pretty neutral and definitive, to get out there. Somebody someday will discover volume one and the fact I've written these things."

He hopes to get volume three greenlit: punk, disco, MTV, rap, grunge, the chasm between rock and pop hinted at in volume two widening. Ward acknowledges pop won, and credits technology – how content's distributed – with reshaping modern music and its attendant business.

"That's why my vision for this [series] ends in 2000 with Napster," he nods. "Because with Napster, the guys who cut down the fence at Woodstock in the picture in volume two? They win." 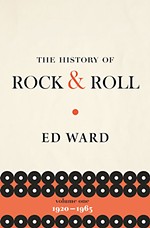