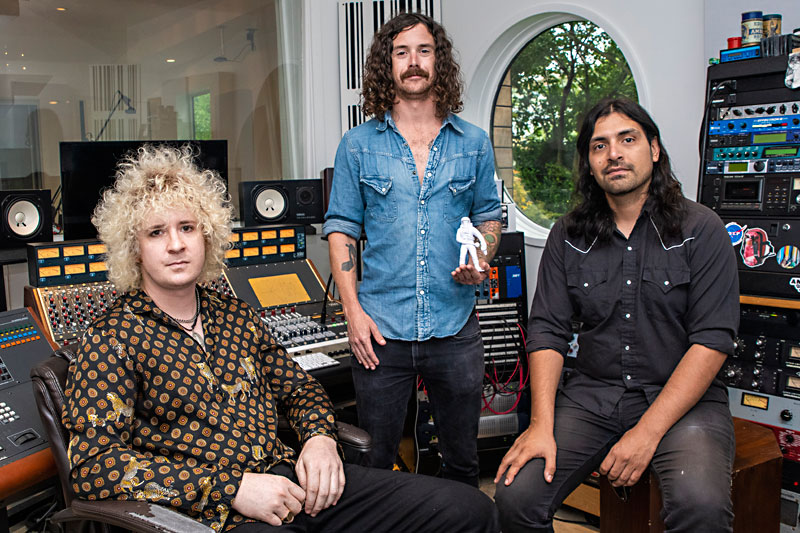 The power trio's tradition rests on blues progressions. Grounded in neo-psych from the Eighties and the hooky noise scrums of the Nineties rather than Seventies' classic rock, Think No Think bears down on a louder, rawer brand of dynamic triumvirate on Nothing Really Matters. Arriving September 27 on local label Spaceflight Records, the Austin trio's second album comes stamped with the production credit of Butthole Surfers guitarist Paul Leary.

As for Leary, Dowey met him in June 2016 through a mutual acquaintance, leading to a getting-to-know-you lunch.

"He just fuckin' stared at me," laughs Dowey. "I don't think he really cared until I mentioned that my favorite Butthole Surfers album is Locust Abortion Technician [revisit "Texas Album Hall of Fame," Aug. 25, 2017]. There's one song in particular where he's like, 'That was my recording. I pushed to have that on the record.' After that, we just started to have an honest bond. We like a lot of the same bands and come from the same ethos."

Leary not only produced Nothing Really Matters, but lent some of the Surfers' gear to the recording.

"He was so generous and amazing," asserts Dowey, noting that Leary pushed them for great performances, rather than stretching the group beyond its natural boundaries.

"He listened and didn't stray far from what we already had," agrees Adams. "He didn't change a lick."

"I wanted to work with them because they're a three-piece rock band with fabulous guitar and vocals," emails Leary, revealing that the bulk of the album came together in only three days. "The band was well-rehearsed and Brett Orrison is a great engineer, so I just basically stayed out of Brett's way. I concentrated on the various takes that were going down and offered enough guidance to help steer the recording process to completion.

“Once it was recorded, I brought the project home to my studio and did the editing and mixing while watching Judge Judy.” – Paul Leary

"Once it was recorded, I brought the project home to my studio and did the editing and mixing while watching Judge Judy."

Having built the studio as a standalone in back of his house, Orrison remains a consistent partner for Think No Think, producing Silent City, recording Nothing Really Matters, and signing the band to Spaceflight, which he started in order to release albums by artists he felt were getting passed over by other companies – a DIY approach Dowey admires.

"We're still small, but we have a lot of attitude," says the bandleader. "He understands what we're trying to do."

After numerous self-booked tours, Think No Think spent the last few months as direct support for Gary Clark Jr. Band and guitarist met at Arlyn Studios during a SXSW party, with Clark's interest piqued by the studio owners wearing TNT's shirts. After hearing Nothing Really Matters, Clark attended a couple of shows and invited Dowey into the studio. The frontman left a note in the case of one of Clark's axes: "Take me on tour."

"A couple of weeks went by, and then I got the email," says Dowey. "We were on tour in Miami, struggling, and I kicked everyone's door open at five in the morning. 'We're playing Red Rocks!'

"It was an extreme lift of the spirits."

Besides planting seeds for its upcoming tour, which hits many of the same markets, the jaunt allowed Think No Think to learn from Clark's experience.

"We're of a very similar mindset," says Dowey. "You might not listen to both our bands and think that. It was great just being around him and his band, absorbing their energy and talent, and I think we all got better. He exploded between the first and second tours. The first tour he was in a bus. The second tour, two buses and a tractor trailer."

Dowey also claims these were the most intense shows Think No Think ever played.

"We did Red Rocks with only a 15-minute soundcheck," he notes wryly. "Dare ya to try that one!"

Dissatisfaction stemming from years of seeing artists come to South by Southwest with deals and "knowing 10 bands that easily fit that bill" prompted Brett Orrison to launch Spaceflight Records. "I just got tired of watching my friends make these kickass records and then not get the proper push on the national or international scene," he explains. Boasting years of experience as a live sound engineer and producer, plus the subsequent contacts forged, he decided to self-promote the label's first release, Kalu & the Electric Joint's LP Time Undone, which he produced (see "Kalu James' Psychedelic Awakening," Dec. 15, 2017). "Once I started inquiring, everyone came out of the woodwork: 'Yeah, man, we'll help you out. That's a great idea!'" Besides the KJ and TNT discs, Spaceflight recently rolled out new vinyl from locals Croy & the Boys and Chris Catalena, and on deck await releases from Austin pop duo Pope Coke and L.A. R&B auteur Qemistry Musik. A one-of-a-kind concert album titled Mellotron Variations features Medeski Martin & Wood's John Medeski and Wilco's Pat Sansone as two of four Mellotron players commingling sounds. "That one's gotten the most interest by far," affirms Orrison.

A version of this article appeared in print on September 27, 2019 with the headline: Small With Lots of Attitude 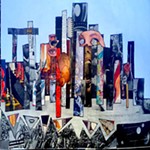 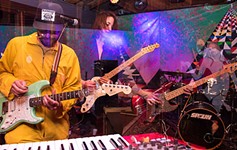