With $3 million in HOT monies, music advocates gear up for vote on Prop B, the Far Out finds its footing in South Austin, and more music news 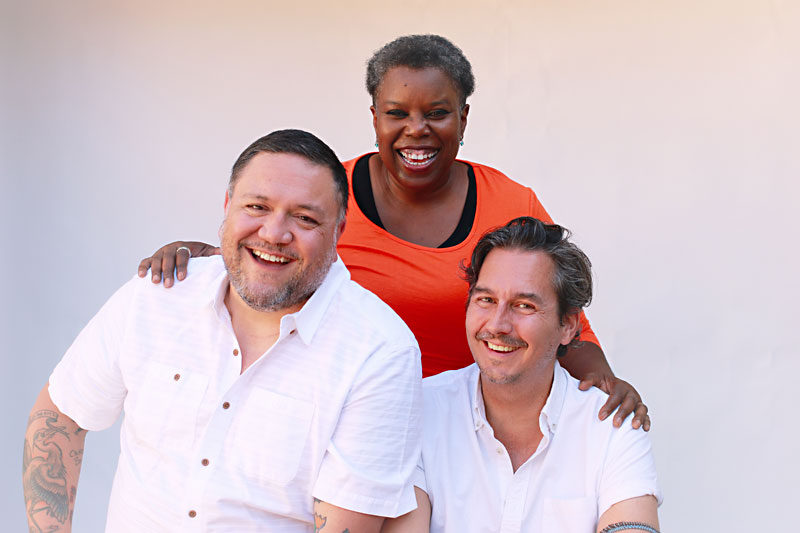 In August, Council voted to raise the tax by 2%. At Thursday's meeting, Tourism Commission Chair Catlin Whitington said the 2017 Visitor Impact Task Force recommended this change "to create a bigger pie, and from that, to find a small slice to offer the music community." With the bigger pie, non-music nonprofits won't have any of their funding reduced.

Council Member Greg Casar described the long-brewing arrangement as "a peace treaty" between arts and music groups. The success of the bargain now depends on November's vote on Proposition B, a petition-launched effort to block expansion of the Downtown Convention Center. The raise in HOT collection can only happen with the major construction project.

Monday marked the official launch of Austin Texas Musicians, founded by Nakia Reynoso. Nine years ago, the prolific blues singer started a Facebook group of the same name, now a community of over 4,000 artists that Reynoso hopes to help advocate for themselves in city decisions.

"Musicians are a large voting group and no one ever really talks about this," says Reynoso. "By showing up, we would make a difference."

"This is historic," remarked Buchta of the new funding. "Let's make no mistake about it." 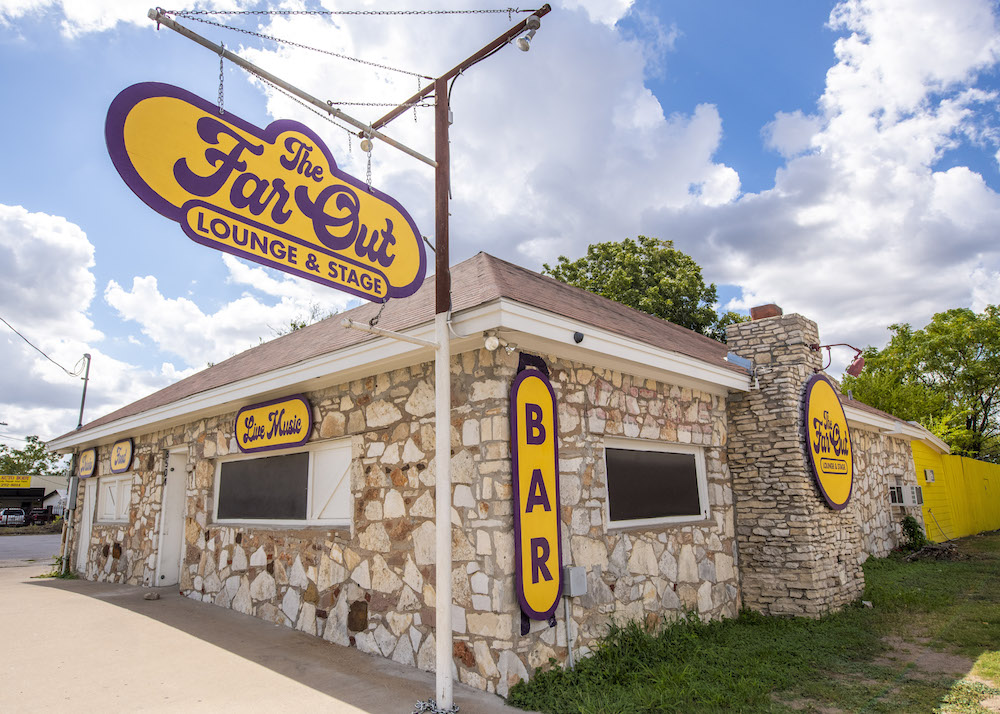 Far Out, Yet So Close

As a South Austin resident for over 17 years, Lawrence Boone had his sights set on 8504 S. Congress. Following the close of the Red Shed Tavern, the longtime local booker tracked down the building's new occupants to inquire about scheduling live music. Today, bands play four nights a week at the Far Out Lounge & Stage under Boone's curatorial talent as Covert Curiosity.

His offerings of local roots music continue with blues from the Peterson Brothers during an every-Wednesday October residency.

"The owners wanted to re-create old Austin with some entertainment way, way down here," says Boone of his new base near Slaughter Lane. "It was a perfect match, because I can stroll back and forth from my house."

The watering hole/venue model matches the building's former iterations as biker bar Beverly's and cowboy stop the Last Chance, legendarily host to the bank-robbing Newton Boys in the Twenties. Boone continues the legacy, with a twist.

"I'm seeing what the bar is from a cultural standpoint, and matching that," explains Boone, a former managing editor at Do512. "But some of it has been like, 'I don't really care. I like these three punk bands, so we're going to have it.'"

On Saturday evening, local psychedelic soul act Kalu & the Electric Joint were booked for a boat show on Lake Austin. Having heard of payment issues with hosting Moontime Events, the band requested cash ahead of the event. Instead, less than an hour before the vessel was set to depart, promoter Brandon Veuleman declared the show canceled in a since-deleted Instagram post from the Rhythm on the Water concert series account.

With fans and drink sponsors arriving to the dock, the headliner's team scrambled to put on a free set at Sahara Lounge. The group's booker Samara Simpson says the band is owed $3,000 for the event, which also prohibited competing performances 30 days before and after.

"It was selling for $70 to $80 a ticket, and it sold out, so I really don't understand where all that money went," adds Simpson of the specialty show, advertised to benefit the SIMS Foundation.

Local acts Brownout and Band of Heathens confirmed they're unpaid for headlining performances over the summer. Both said they received checks, which bounced. Nonpayment issues were also visited on past Moontime Events openers Billy Bright Quartet, Fennario Flats, and Ley Line, all of whom were eventually compensated.

In a phone call, Veuleman says unexpectedly low ticket sales at a September show put him behind on band guarantees. He says he hopes to pay all parties back within a week, and it's up in the air whether upcoming shows are still happening.

Stereolab made four stops in Texas last week, kicking off the seminal London avant-pop group's first stateside tour in over a decade. To end Friday's sold-out set at Mohawk, French lead Lætitia Sadier offered 1996's "Fluorescences" as a "dedication to all the women of the world," later commending the power of marching for climate change awareness. After the show, guitarist Tim Gane recounted a stop at local electronics haven Switched On, so named for the pioneering synth group's own 1992 compilation. The night before, at the band's first-ever show in San Antonio, Sadier warned with a raised fist: "Don't become the new Austin. Resist." The Beatbox, a new DIY drum machine kit users build from a cardboard box, closes Kickstarter crowdfunding Oct. 8. The Austin-based startup, Rhythmo, more than doubled its goal, reaching $129,000 in backing. Drawing on years spinning with Austin's Table Manners Crew and teaching at Dub Academy, local DJ Ethan Jin developed the prototype during an entrepreneurial grad program. With a built-in battery and speakers, all players need is the BeatBox app's sound inputs to produce music on the 16-button MIDI controller. Jin offers: "Everyone knows those shirtless acoustic guitar guys on the lawn playing 'Wonderwall,' while electronic music people are mostly stuck in their bedroom. You need to be able to play anywhere you go."