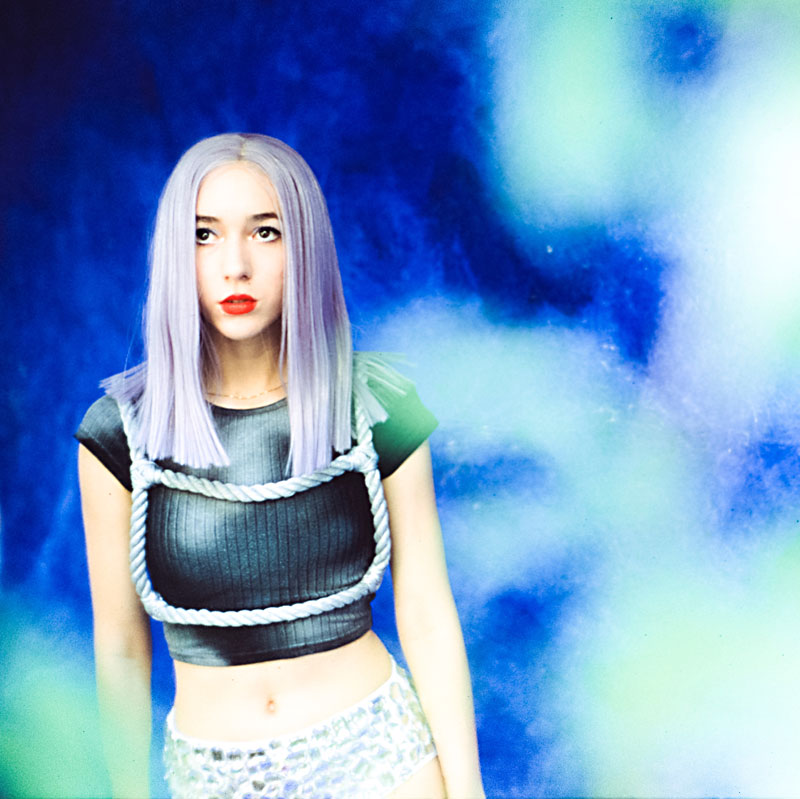 Lou Rebecca ties the apron of her French waitress getup in a bow. Out front of a kitschy watercolor backdrop of the Eiffel Tower, she folds napkins in a languid haze. Then, she starts twirling.

"Is she just daydreaming, or is she really dancing around in the restaurant?" asks the singer of the self-directed shots from her "Waiting" video.

The clip offers a reverie of her actual job at local French eatery Justine's Brasserie. In it, she's also a bookish brunette, fiddling with vintage gear at Austin synth shop Switched On. Consider the small-screen treatment a dreamland edition of her day-to-day reality.

The Parisian crooner's cast of characters keeps growing throughout the visualization for Restless, Rebecca's debut LP on homegrown imprint Holodeck Records. Video game warrior, sci-fi princess, genie ballerina – she needs you to meet them all.

"Since it's my first LP, I wanted to have all these versions of what I can be, and really be introduced as that," she adds. "I never want to feel stuck. I want to be a chameleon that transforms into whatever I feel like."

The smoky Francophile aesthetics of Restless indulge Eighties imagery inspired by the author's mother, Clémence Lhomme, a former pop starlet herself. As half of duo Blues Trottoir, the chanteuse topped French charts with 1987 hit "Un Soir de Pluie" (A Night of Rain). Rebecca grew up hanging around major French studios, where her dad worked as a producer.

As an adolescent, she began performing sweet, folk-influenced coffee shop songs. Rebecca describes her teen indie rock persona like another one of her caricatures – cigarette constantly in hand, hiding onstage behind a big acoustic guitar. Eager to expand beyond her circuit of small Paris clubs, the artist relocated to Austin after meeting American husband Daniel Di Domenico, who serves as director of photography for all her fantastical imagery.

"When I moved here, it wasn't that easy," says Rebecca. "I've never been in a place where I have a plan B. That's part of my restless drive. I have to make this work, because there's no fallback."

Over a spacious, bouncy beat, title track "Restless" corroborates: "Always a stranger/ You can't stay ... Got to keep moving/ Don't know that you'll ever find home."

The eponymous 2018 EP presented an unprecedented soft pop sound for the largely dark, experimental local outlet, and ended up gaining traction via placement on H&M's in-store playlists. Afterward, Mills took over production duties to translate his collaborator's songs onstage with an emphasis on live electronic instrumentation. They began re-working Restless single "Desire" from one of the singer's early teen compositions.

"Sometimes you write something, and at the time you don't know really why," reflects Rebecca. "Then, years later, you'll meet someone or a situation happens and you're like, 'Oh my God.' Things really take their full meaning later."

The songwriter holds quite a few older acoustic GarageBand demos in her arsenal. When asked about one haunting tune she took down from YouTube, she shrugs: "It needs a little spicing up – a little synth magic in there."

"Lou already knows exactly what harmony she wants and how she's approaching it," recaps Mills from the same studio. "There's a lot of indecision and self-doubt in music-making, but I don't think she has any of that."

"He calls me little Madonna, the tiny boss," concedes Rebecca, in a separate conversation.

During the West Coast trip, Rebecca met with Neon Indian's Alan Palomo to create the lush instrumental expanse of woozy album finale "To Keep You." The night before our interview, she stayed up 'til dawn playing Super Mario Bros. with the Texas-launched electronic star following his performance in San Antonio. She admits to often running on little rest between long restaurant shifts and video shoots, as well as her vocal and ballet practice.

"I haven't slept in two years," Rebecca adds half-jokingly. "I have this really French, doomsday view ... I just don't know how much time I have."

"People come to see a show, you know?" remarks the bandleader. "Imagery is part of the music for me, and I want to show off all those characters. I'm telling a story."

Lou Rebecca unleashes her debut LP Restless indoors at Mohawk on Friday, Sept. 20, co-presented by her longtime fans at Gorilla vs. Bear. NYC darkwave act Rare DM and local DJ Adult Themes open. Outside, electro-pop icons Stereolab make a rare sold-out return to the States after over a decade.

A version of this article appeared in print on September 20, 2019 with the headline: Pieces of Lou 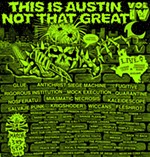