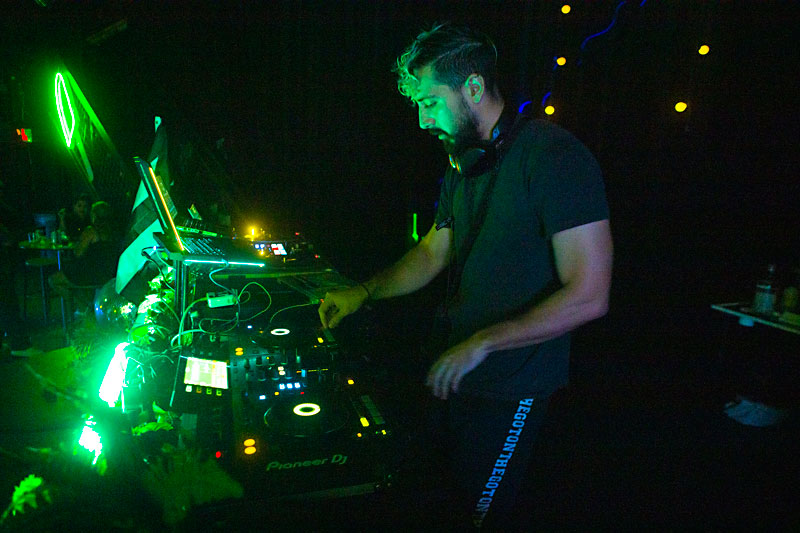 Local DJ Orión García grew up around the world. Born in Panama and raised in Germany, he eventually landed in Texas, where he began a 15-year disc jockey career. Wherever they lived, his Colombian and Puerto Rican family consistently threw dinner-turned-dance parties, always with a Latin soundtrack.

"It subconsciously grew on me that this music brings people together," says García. "I've been trying to translate that to a club party ever since."

"I've always wanted to mix languages on the same lineup, because I grew up listening to both Selena and Britney Spears," says Austin native Quiñones. "People should feel like they're at a backyard cookout with their friends and family."

In 2007, García rounded up a trio of mix-makers from around town to launch Peligrosa. He says his own Colombia cumbias, Manolo Black (aka Trey López)'s Brazilian sambas and mambos, and former member Patrick Murray's boogaloo samples stood out among more single-minded local Latin nights. Having already survived the Nineties reggaeton revival, Aughts Austin wasn't quite attuned to the crew's ambitious mix of underground world sounds, hence "Peligrosa," which is Spanish for "dangerous."

"We were a threat in a good way," says García. "It wasn't traditional. It was an amalgam of all our experiences. Collectively, we're saying, 'Hey, we're half first- and second-generation Latin Americans living in the United States, and this is our story.'" 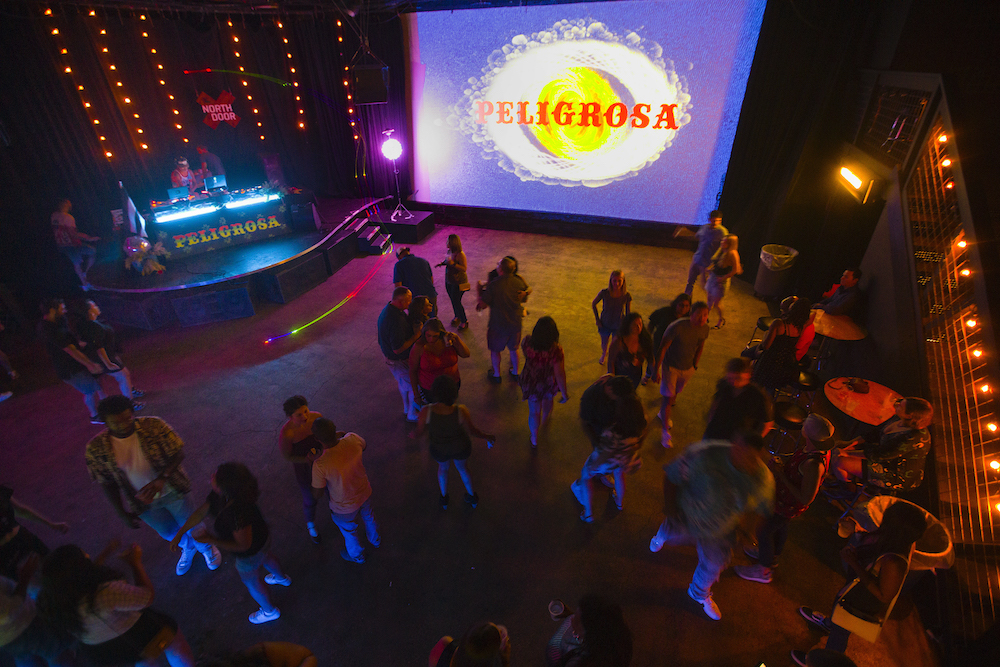 "Ten years ago, not everybody knew about cumbia or Selena," recalls Muniz. "You were either a club or top 40 DJ. We've curated this weird Latin sound that has now become a norm by blending in new sounds with things people recognize."

In 2017, around the astronomic takeoff of "Despacito," Quiñones picked up on a rising tide of Latin chart-toppers like Bad Bunny and Camila Cabello. Even though she mainly worked in administration on Margin Walker's small team, she waded into booking waters and pitched the project. With company heads Graham Williams and Ian Orth on board, ¡Eso Es! was born.

"When people say that, it usually is with an exclamation," explains Quiñones.

It doubles as a hilarious homonym for "S.O.S.," a fan favorite nickname for the booking group's now-defunct Sound on Sound festival.

"I was like, 'Is it too soon? Is it an open wound?'" she recalls. "But instantly, everybody was like, 'Literally, that's it.' It's an inside joke for people who have been riding with us since the beginning." 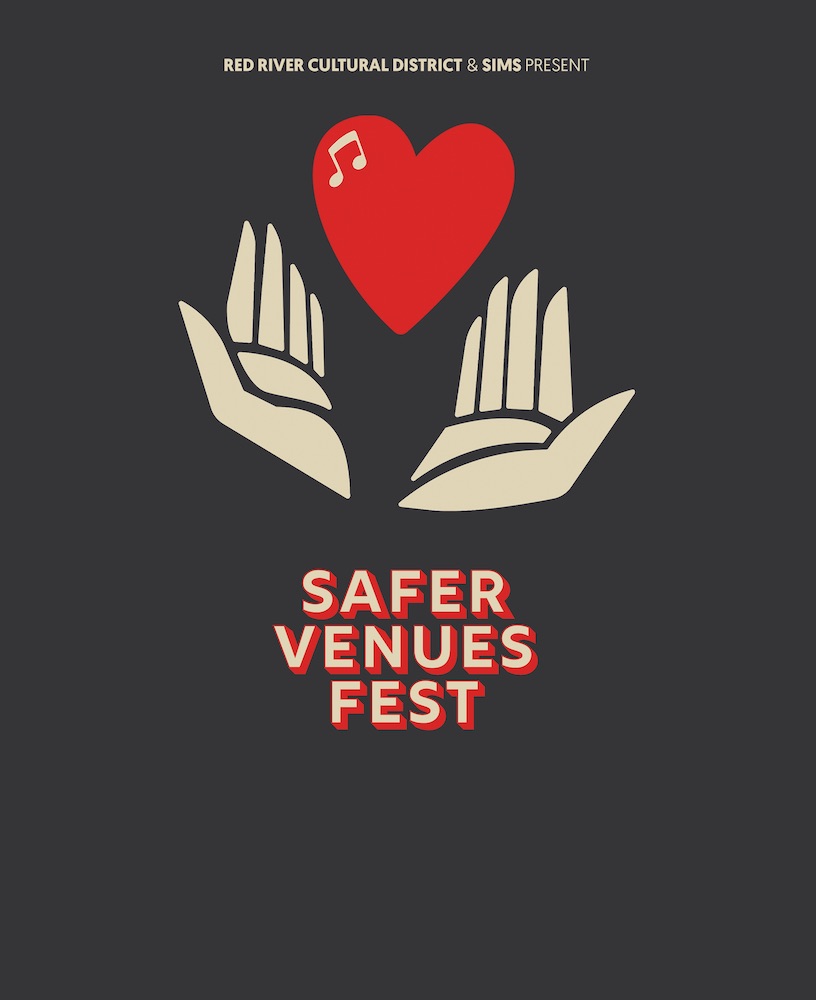 "[Hotel Vegas and Barracuda booker] Renée Jonard and I were talking about how venues should handle #MeToo accusations towards bands, and then the discussion towards venue safety just kept on expanding," shares Lake.

Groups including the SAFE Alliance, Front Steps, Home Street Music, Rainbow Patrol ATX, and the Other Ones Foundation will host a table at the event. The day fest, also a fundraiser for the SIMS Foundation, will roll out the nonprofit's new training program for venue staff. Interim Executive Director Patsy Bouressa developed the curriculum based on venue owner requests.

"It's really just to get people thinking about how they can be good community members," says Bouressa. "These are topics every human on the planet navigates. That's not specific to venue staff. That's for all of us." 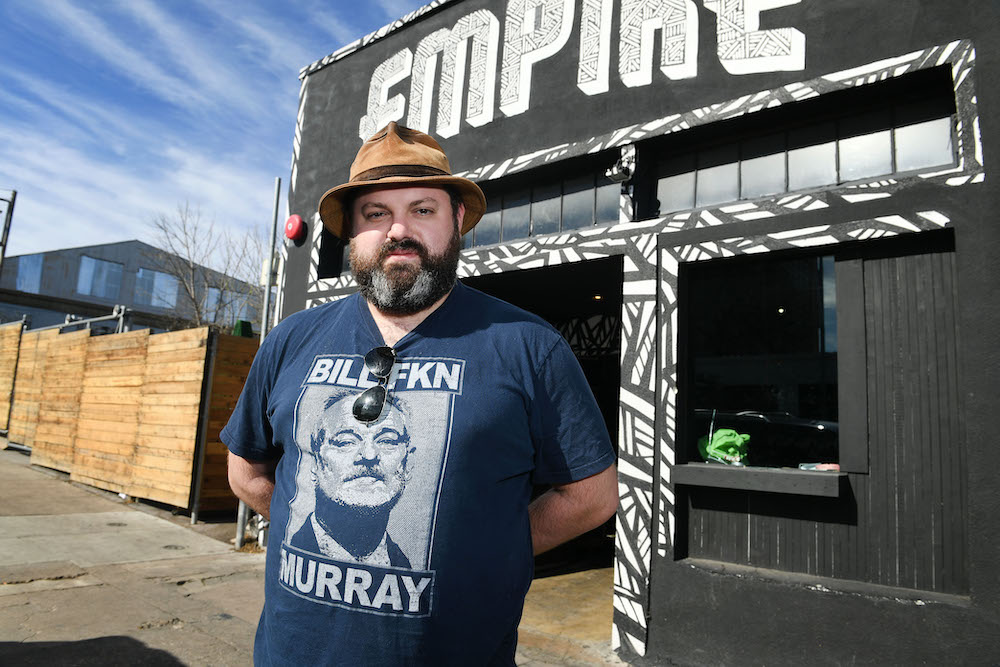 On Thursday, City Council members unanimously approved a new program designed to help out music venues. Earlier this year, the Creative Space Assistance Program accepted applications from for-profit live music venues, performance spaces, and art galleries for the first time, alongside artsy nonprofits included in the past. With the unprecedented program approved by Council, the Economic Development Department now works on crafting custom contracts to make sure all art spaces follow the rules for receiving up to $50,000 in public monies.

Last week, while announcing his purchase of Empire Control Room & Garage's longtime inside location, owner Stephen Sternschein expressed hopes for the program to fund improvements at his venue. Winning applications, selected based on scoring by "a five-member Grant Review Committee comprised of representatives from the arts, music, finance, and/or real estate," have not yet been announced. David Colligan, acting assistant director for the department, says he hopes to contact approved groups in coming weeks.

"We evolved the Creative Space Program to help with music venue [displacement], or venues' needs to modify their space to generate more revenue or be within code," explains Colligan. "We didn't know if any private partners would actually want to participate in that type of program ... but we received positive feedback from the application process, so we're moving forward to execute agreements and get money out the door." 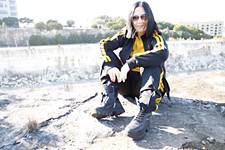